You Say Party! We Say Die! rock the Horseshoe

After (finally) making their way over the border and into the U.S. for tour dates in New York, Detroit, and Chicago, Vancouver's You Say Party! We Say Die! returned to Toronto on Friday night to host a raucous dance party at the Horseshoe. 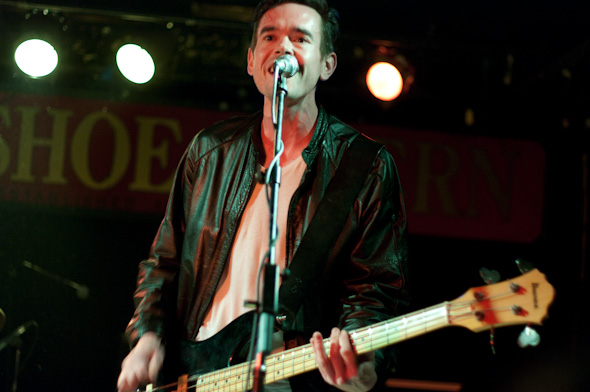 Local bass-synth-drums trio Styrofoam Ones got the crowd warmed up before the main event. These guys had loads of energy to give, but for some reason I was left with a feeling that there was a disconnection between them and the audience and, perhaps worse, one between the members of the band. Don't get me wrong, their music was great, they got a lot of people dancing, and their individual stage presences were fantastic, but they didn't mesh well. Disjointedness aside, Styrofoam Ones was a terrific lead-up to the bash that was about to get started. 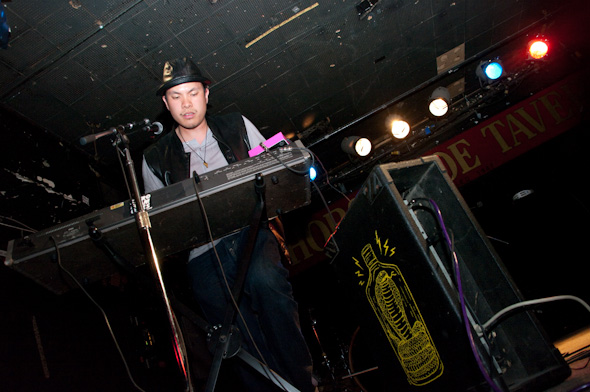 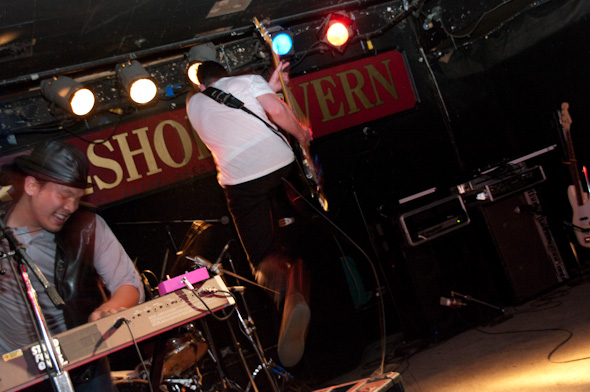 As soon as You Say Party! We Say Die!'s lead singer Becky Ninkovic walked onto the stage in her gold sequined mini-skirt, a huge smile lit up her face. Her smile would return any time she wasn't singing for the rest of the night. 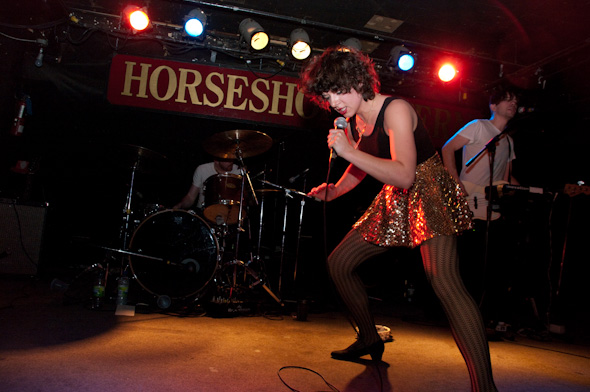 The band leapt right into hits off their latest record XXXX and the crowd leapt right into singing and dancing and jumping along. Ninkovic's voice soared and sounded even better than any recording. Backed by Krista Loewen on keyboards and back-up vocals, the duo was incredibly powerful. 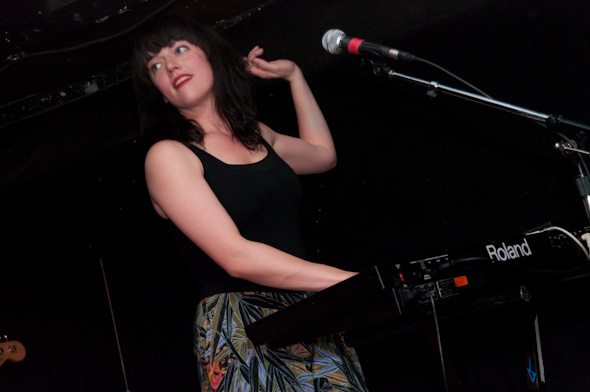 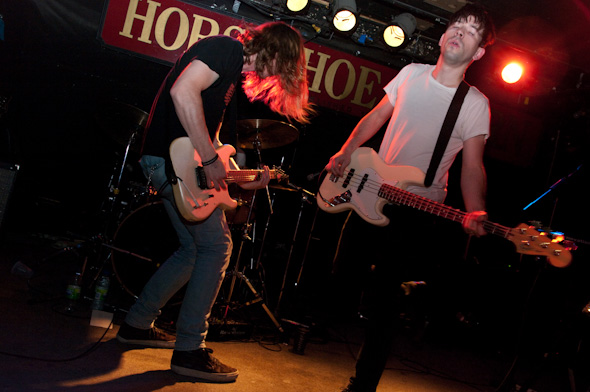 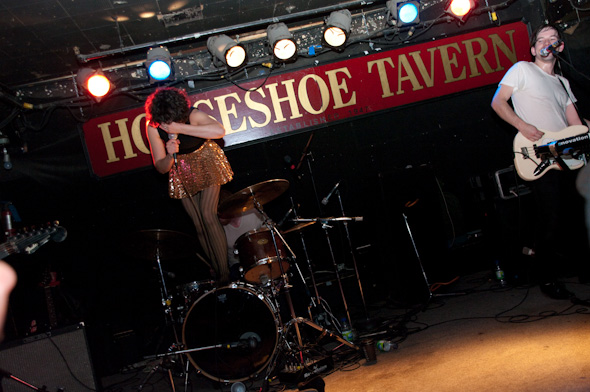 What made this such an amazing show, however, wasn't their incredibly fun dance-punk music, but how much fun the band was clearly having and how they weren't afraid to share this fun with their fans. None of the band-members had a problem with talking to the crowd. Anyone could walk to the very edge of the stage and sing directly to/with someone in the pit.

Hell, Becky Ninkovic even stepped off the stage and into the crowd during one song, bringing her mic with her for a group sing-a-long. It's moments like this that make a show memorable, and this is the most memorable show I've been to in a while. 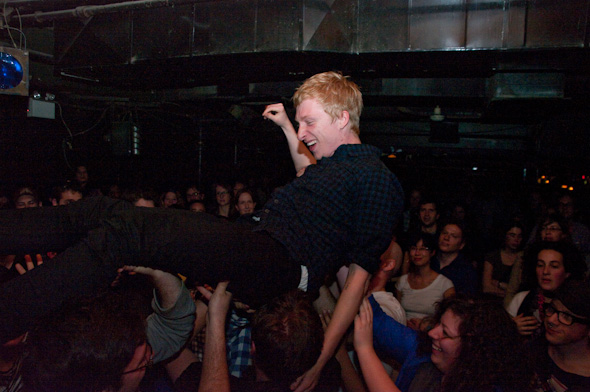