Dan Auerbach headlined an early show at the Phoenix on Saturday evening, flawlessly translating his eclectic solo songs into bluesy, full band numbers. To be honest, I had expected a much more stripped down performance from Auerbach as he toured in support of Keep It Hid, but rather than toning it down, he brought along his newly formed band The Fast Five to keep the crowd moving throughout their short but sweet set.

Auerbach can usually be found on stage with Patrick Carney performing as The Black Keys. Taking some time apart after 2008's Danger Mouse produced Attack & Release, Carney and Auerbach have been keeping busy both together and independently of one another.

In addition to Auerbach's solo effort Keep It Hid and Carney's new band Drummer, the duo have been hard at work on a collaborative hip-hop LP featuring the likes of Raekwon, Mos Def, Q-Tip, RZA, Pharoahe Monch and the late ODB, which will be released in late November under the moniker Blackroc. 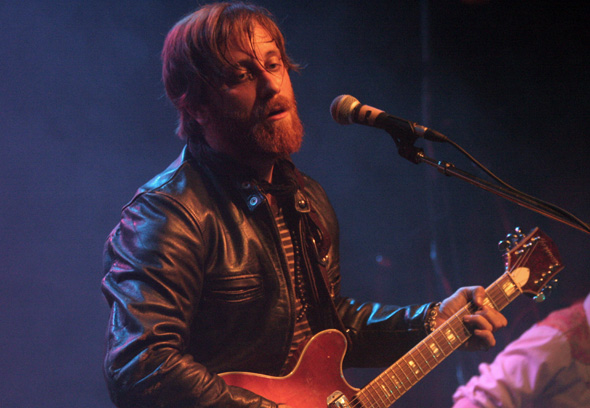 Auerbach's new material meshes folk, gospel, roots, country and even reggae influences with the bluesy sound he perfected as the vocalist and guitarist for The Black Keys. Recorded at his home studio in Akron, Ohio, the album deviates significantly from the heavy blues sound of the Keys, highlighting Auerbach's diverse tastes and ragged production style.

Witnessing Auerbach play live with a full supporting band rather than as a drum and guitar duo revealed just how well this full set up serves him. That's not to say that the Black Keys are holding Auerbach back, but rather that stepping outside his usual realm has allowed him to develop a much less polished, more organic sound. 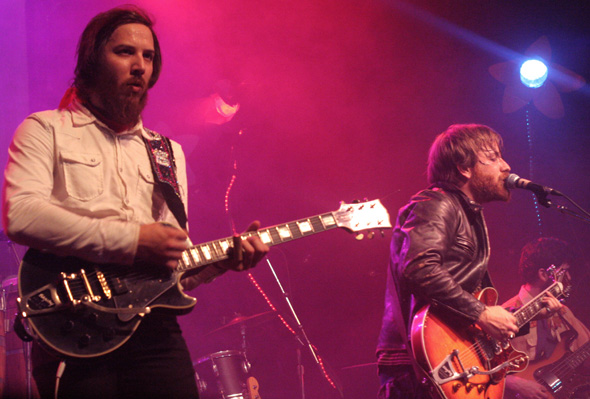 The Fast Five are made up of Texas band Hacienda, plus My Morning Jacket percussionist extraordinaire Patrick Hallahan. Despite forming recently, Auerbach and the Fast Five have a great stage presence and display amazing chemistry and guitarmanship. Huge grins were spread across their faces as they stormed through their hour long set, and their visible enthusiasm was echoed by the eager fans that filled both levels of the venue. 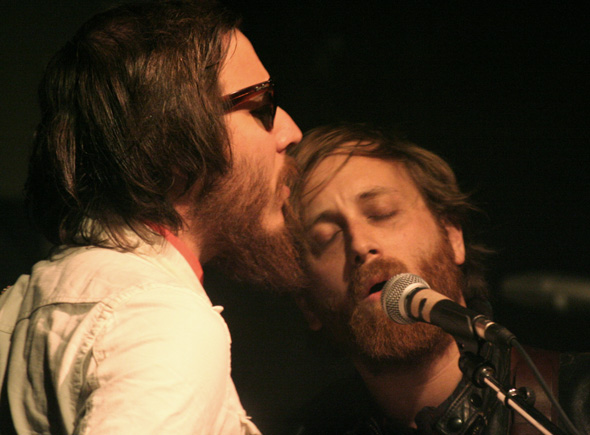 Auerbach started the night off with a stripped down, almost a cappella version of album opener 'Trouble Weighs a Ton.' His earnest, visceral voice captivated the crowd immediately, drawing us in with a soulful, almost gospel sound before the band exploded into the bass-driven, swampy-sounding track 'I Want Some More'.

The dual drumming action was brought to the forefront on tracks like 'The Prowl' and 'Mean Monsoon,' where the tight rhythm section kept the pace perfectly, affording Auerbach the freedom to launch into bluesy, psychedelic guitar solos at will. 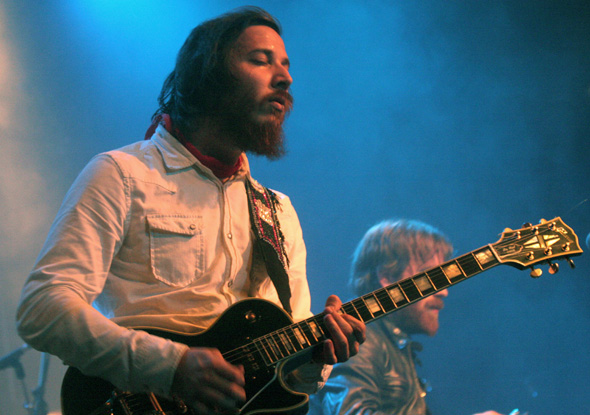 Auerbach and the Fast Five threw in an incredible cover of 'Oh Carol,' a song originally performed by Rockin' Horse in the early 70s. They avoided playing any Black Keys songs, instead opting to play Keep It Hid in its entirety. Fan favourites 'Heartbroken, In Disrepair' and 'Keep It Hid' were saved for last, leaving fans ecstatic and ardently screaming for more.

After receiving a rapturous ovation from the Toronto crowd, Auerbach and the Fast Five jumped back on stage for a two-song encore. The set ended perfectly, with a solo Auerbach finger picking his electric guitar, earnestly bidding the crowd farewell by repeating the lyrics "so long, I'm going, going home."

With the hectic schedule Auerbach keeps, it's unlikely he'll continue to tour in support of his solo material for much longer, but I strongly urge you to catch him if you can. Check out the full setlist below: 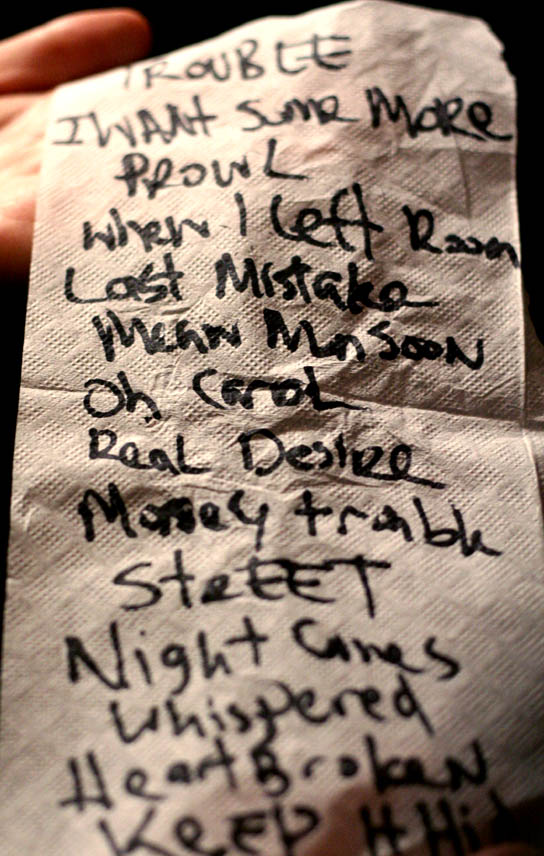