The 2009 Virgin Music Festival in Toronto suffered somewhat from poor turnout on Day 1, and Day 2 got off to a similarly worrisome slow start.

But with the help of darlings Our Lady Peace, and the significant allure of Nine Inch Nails' last Canadian festival hurrah on the main stage later in the day, the festival's last day ramped up to an awesome high note. 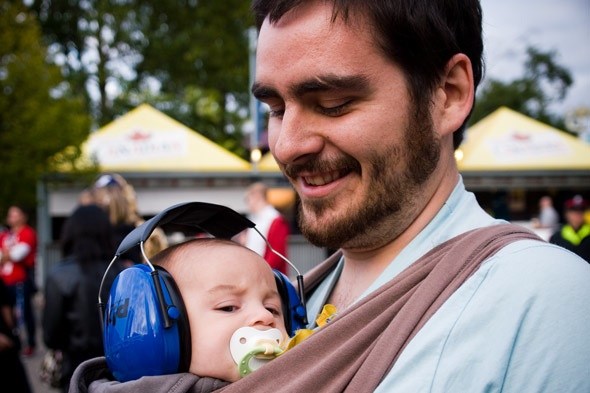 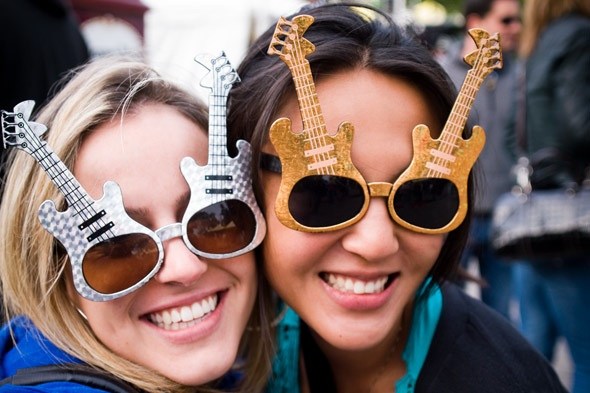 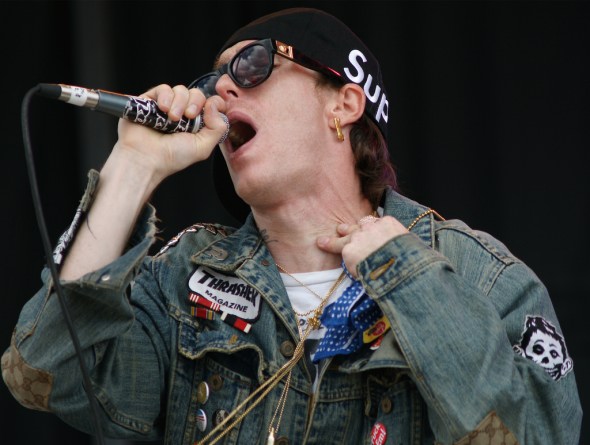 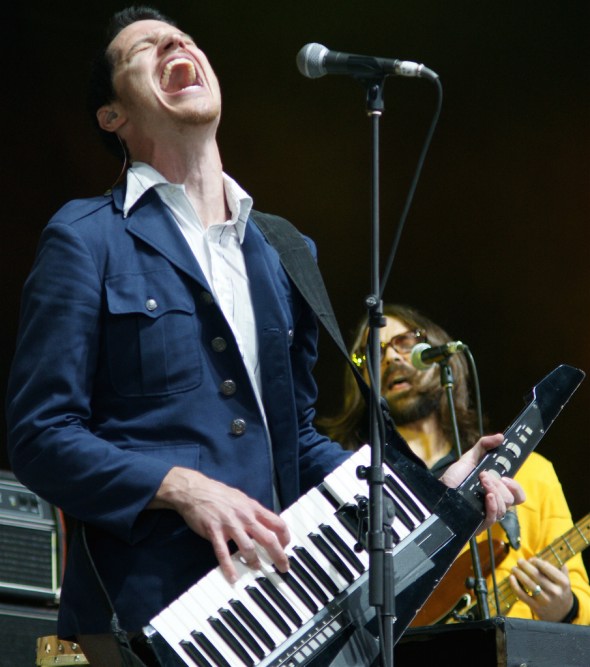 Mute Math are one of my favourite returning Vfest acts, and this year they were given the main stage treatment they deserve. The band has a new album out, Armistice but played a diverse set of older and newer material. I'm a much bigger fan of their older, harder sounds, and was blown away by the band's constant stage energy and solid presence. 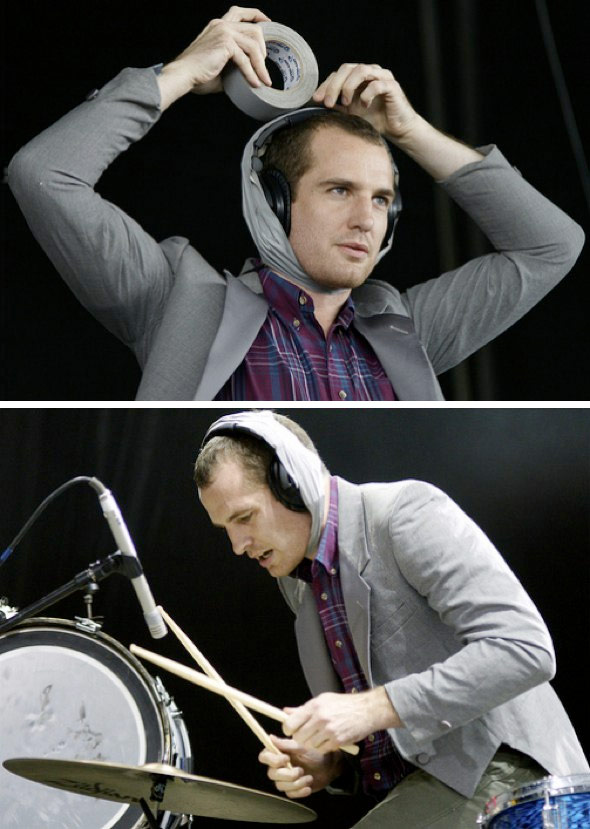 Mute Math's drummer, Darren King (known for going postal on the drum kit), decided to bring on the crazy skills, blasting a solo so hard he needed duct tape to hold his headphones on. The band's live performance always seems to outshine their recorded tracks, but they are known for their reliable stage skills and are definitely worth checking out when they come back on tour.

The D'Ubervilles and Our Lady Peace both took their music to the street so to speak, with the lead singers jumping into the crowds with mics in hand. N.E.R.D. also got the audience involved, by inviting pit crowds up on to the main stage to dance - much to the feigned delight of the security guards.

Along with thrilling the crowds with an up close and personal "Raine storm," OLP seemed to really get the crowd going. It helped that by the time of their evening set, the audience was beginning to fill in nicely. OLP always seem to rouse festival crowds in the best way, and although I'm not the biggest fan I will admit that they seriously turned up the excitement. 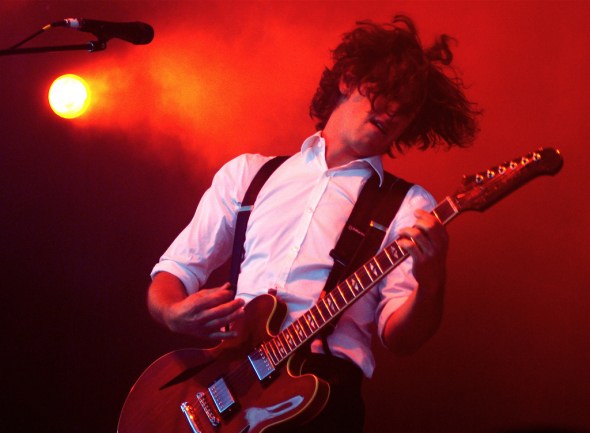 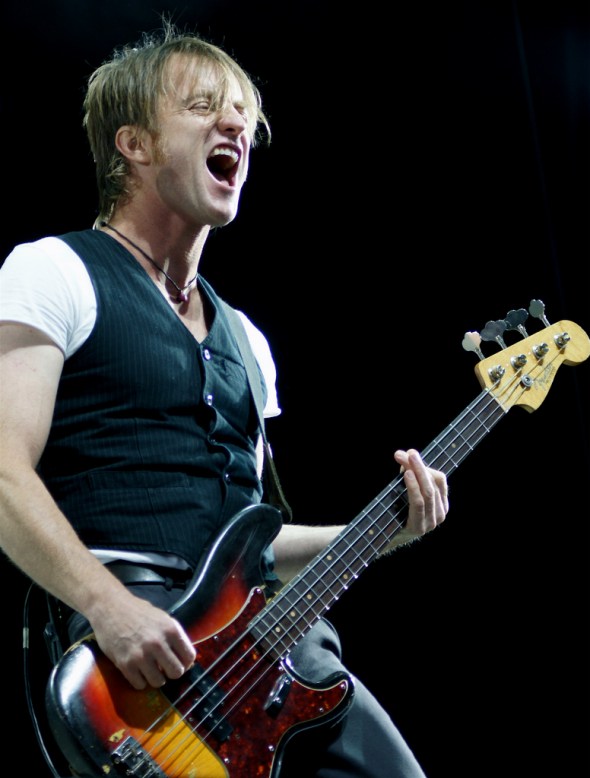 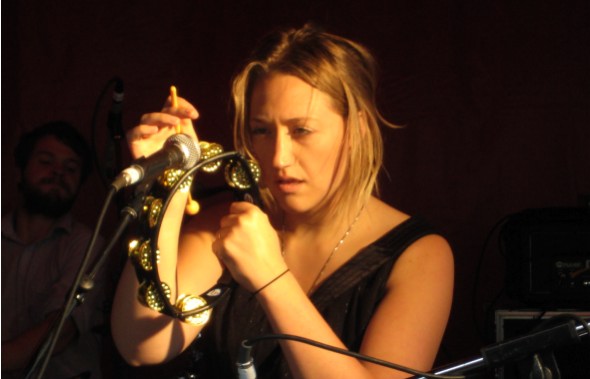 Getting away from the big names on the main stage bill, I was pleased to see the smaller Boardwalk stage packed with amazing smaller acts working the intimacy of the crowds. Silverstarling was completely new to me, and blended soft melodic rock and wandering instrumental touches into a great performance. Fans responded in kind to the D'Ubervilles, whose energy and interaction kept the crowds hot while the temperature began to drop.

Out of Montreal, Plants and Animals have been getting a lot of attention across North America for their powerful rural rock sounds. I had a chance to speak with the band, who were somewhat dismayed about being billed on the Boardwalk stage; so instead, they took their music to the street and played outside under the stars. Having been on Festival tours all summer, these boys seemed like seasoned professionals despite the relatively small stage, chatting up the audience and breaking out the guitar solos with ease. They are also currently working on new material in studio, with plans for a release in the new year. They're a band I'll be watching closely as they continue to gain momentum. 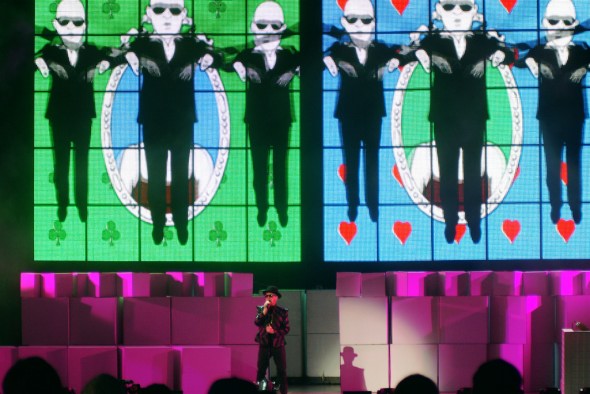 Finally, The Pet Shop Boys claimed their place as the official eye candy at this year's Vfest. Their blinding stage effects and pop flavoured visuals, including dancers and a lot of cubic building blocks, were if nothing else an absolute spectacle. It's hard to argue over the influence this group had on progressive pop, but it really seemed out of place at this particular festival. The audience had a lot of mixed reactions, namely because the seats were filling up for NIN who are about as far different in genre from the Pet Shop Boys as possible. However it was 'neat' to see such a dramatic stage presence on the bill, hearkening back to the glory days of Toronto Vfest which boasted acts like the Flaming Lips and Bjork. 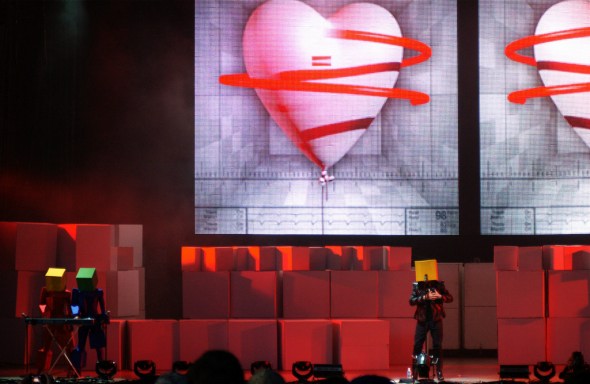 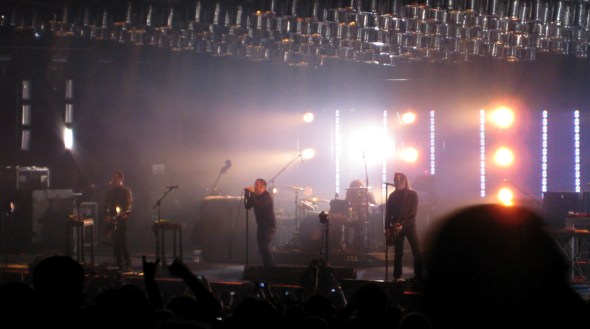 Finally, Nine Inch Nails - the crown jewel of this year's Vfest and frankly, the only act that saved the ticket sales - took the stage. Without exaggeration, I can safely say that nearly every seat was packed for Trent's final Canadian show with NIN. Bringing Robin Finck along, the group put on a blistering show of Nails anthems, long instrumental solos, and a creativity energy that far outshined NIN's last show at the Amphitheatre with Jane's Addiction earlier this year.

Without question, this was the reason most people came out for Day 2, and Reznor didn't hold back or disappoint. Thankfully the sound problems that seemed to affect most of the Amphitheatre acts were completely gone for NIN. The band sounded amazing and despite an apparently sick Reznor apologizing for his voice, I thought he was in top form. It's sad to think that we'll never see this group on stage again, but this was an absolute vindication for this year's Vfest.

Performer photos and slideshow by Roger Cullman, with supplementary festival shots by Jerrold.