After being featured on the Plus Sur Commande (the Musique Plus version of Much on Demand) for their video of Hit the Ground off their Hell Isn't My Home album, October Sky started gaining momentum.

"Next we were featured on Much Loud and then radio started picking us up more," said keyboardist Yanik Rouleau before they took the stage. "Toronto is our second home.

"But our studio is in Montreal. We went back there to practice and do the album in a home studio, keeping our costs down. We're trying to build a really big fan base in Toronto."

This four-piece band actually debuted at number four on the Musique Plus show, beating out Justin Timberlake.

"It was a surprise for us," said singer and guitarist Karl Raymond. "We just submitted the video and got interviewed on TV for the first time shortly after. We were featured along with Madonna, Metro Station and Linkin Park." 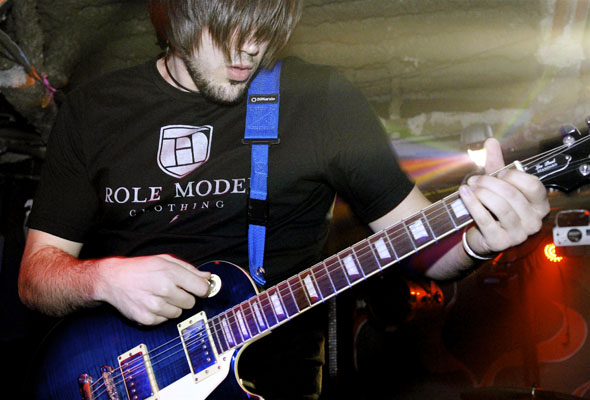 October Sky is one dedicated band, having played 20 shows in October. "We travelled from Montreal to Vancouver in a van and trailer," said Raymond. "I drove 80 percent of the time. We spend nine hours a day driving sometimes.

"But it's totally worth it. Being on stage is the best feeling ever." 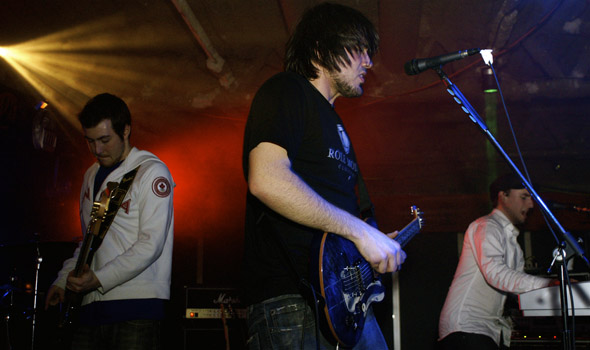 Their live show was certainly captivating, with the addition of a decent light show, in spite of performing on a relatively small stage. I doubt it will be long before they play much larger venues. See them at smaller, more intimate venues while you can.

The evening got off to a slow start, as the crowd was getting a little impatient to hear October Sky. 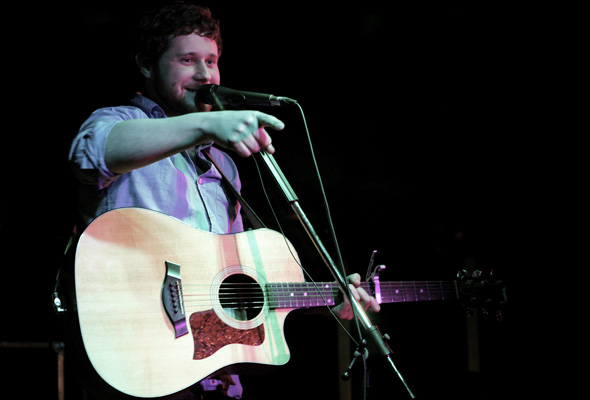 Dan Magnan did his best to engage the audience, who didn't seem too into his brand of indie folk. To his credit, his last song actually had them singing along to the chorus of "Robots Need Love Too."

October Sky will next play in Toronto at The Silver Dollar Room (486 Spadina Ave. at College) on December 18.