The Beer Academy isn't trying to take over the world. It took me some time to wrap my head around the idea that the newly-renovated former home of Duggan's Brewery on Victoria Street wasn't opened for some covert, profit-driven reasons, but after visiting earlier this week, even my inner cynic has been silenced.

The reason for my cynicism stemmed largely from the fact that, while The Beer Academy's MO is the production and promotion of "craft" beer, it's actually technically owned by Molson . The offspring of a merger of two Molson-owned brands, Granville Island Brewing and Creemore Springs Brewery , the Beer Academy is a space for experimentation and tasting led by Molson's craft beer division, Six Pints. 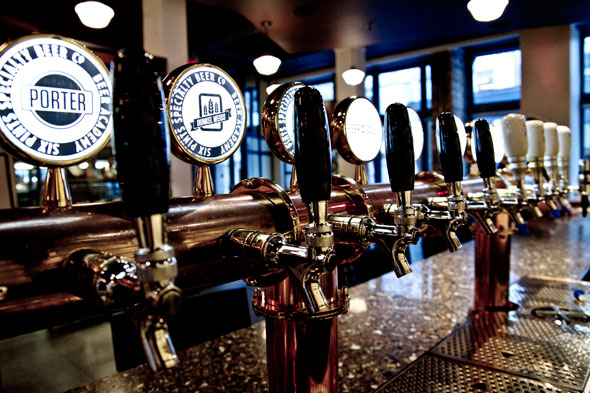 However, regardless of what one may think of the motives of larger beer brands and regardless of who signs the checks, it's obvious that the real focus of the people at The Beer Academy is something wholly admirable--namely a clear passion for beer.

On-site at The Beer Academy is not only a tasting room, retail outlet, and event space, but also a small batch brewery and little brewer's library, so you can literally learn about all aspects of the production of beer from its humble beginnings as barley, malts, and hops to its tasty end in your mouth. 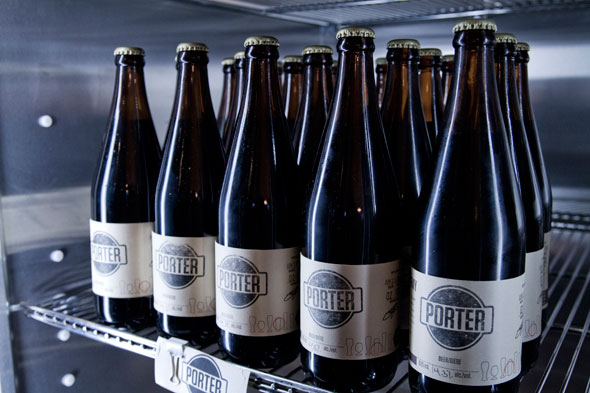 As operations manager, Aaron Bilyea, puts it, "The whole idea about [The Beer Academy] is that it's an epicentre--a place where beer lovers can come together, talk beer, share stories, swap recipes." Indeed, Bilyea says that the designs of The Beer Academy are no less than to "put beer back on a pedestal."

Even after having been open just under a month, they seem to be doing a pretty good job of just that. Not only does the staff talk about beer with a sort of infectious enthusiasm ("Can you taste that banana, sweet tangerine, and bubblegum?!"), but the place is essentially a tribute to all things beer. Along with a selection of assorted beer memorabilia, the space also features a sort of timeline of beer--a massive mural depicting the important moments in the history of beer's evolution. As a nice touch, the tasting room bar-top is made from recycled beer bottles. 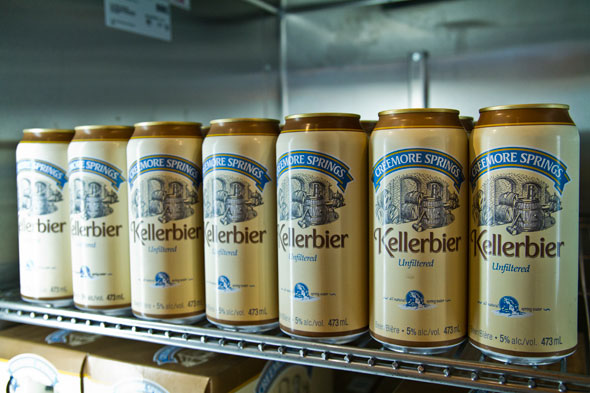 Inside the tasting room, you'll find a selection of Creemore beer on tap, in addition to some experimental offerings under the "brandless" tap-heads of the no-nonsense "Six Pints Specialty Brewery," most of which are available for take-home purchase (though the much-touted growlers were all out during my visit thanks to their massive popularity). Their rotating cast of beverages is sure to change often since The Beer Academy is not only planning on brewing seasonals but is also already put out new beers on a weekly basis. 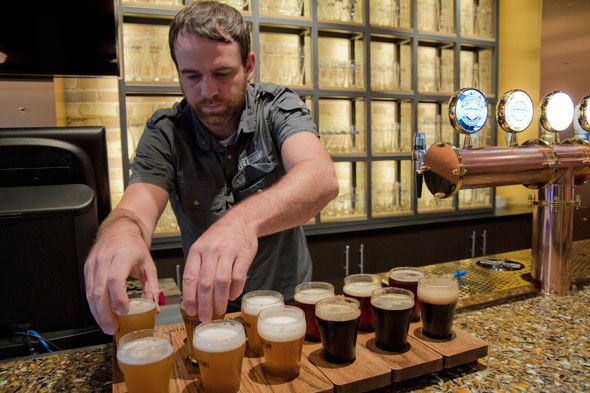 For now, only twelve-ounce portions are available, but you can spread that tasting around and enjoy a flight of three, four-ounce portions. Noticeably absent in the tasting room is food, but that seems destined to change given that part of the focus of The Beer Academy is to educate people about beer and food pairings.

The tasting room has no kitchen (though there is an open brewers kitchen in the basement for demonstrations and events) but Bilyea mentioned low-maintenance food items like charcuterie for a potential future tasting menu. Also likely to make the shortlist of a tasting menu are any random items that enthusiastic in-house beer sommelier Justin Lamontagne thinks would make for interesting pairings. 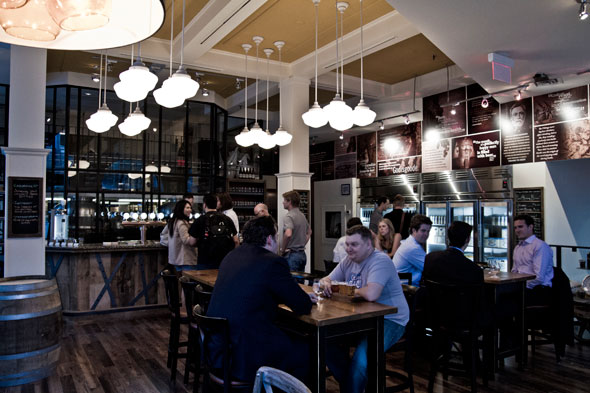 When Justin led us on a fantastic beer and cheese pairing, for example (a highly-recommended event available to the public), he was particularly excited about the results of pairing certain dried vegetable chips with their Belgian-style Brown Ale. 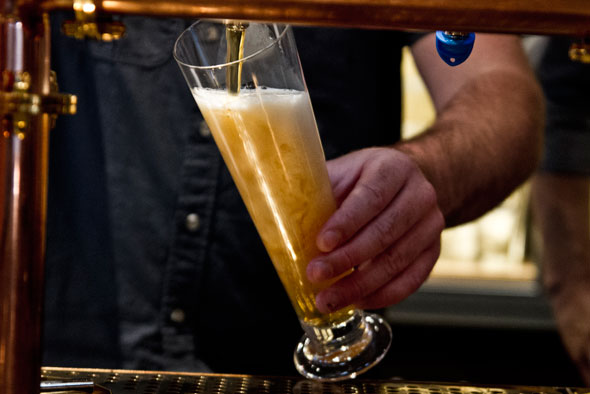 I asked Bilyea if any of this feedback would ultimately help shape beers that would appear on shelves as Creemore or Granville products and he assured me, again, that there were no hidden motives for The Beer Academy. "This place is primarily for education purposes but also for creating great beer," he says. "We don't have any plans for world domination at this point." Oddly enough, I believe him.

For inquiries about renting the event space or setting up a beer and cheese pairing, you can e-mail events@beeracademy.ca.