Tavazo Dried Nuts and Fruits is like a Bulk Barn on steroids, and with bins that blow those old plastic deals with the magnetized lids right out of the water. A variety of imported Iranian nuts and dried fruits fill every nook and cranny of this popular bulk shop, and those copper bins are handcrafted in a city in Iran, each design a little different.

Apparently this has been a family business for over a hundred years, according to Alireza Tavazo. It began in Iran, growing through the 1950s, and landing in Canada in 2002.

The interior is relatively small for the crowds that can build in here, but even though there’s the occasional bump or tangle as customers collide reaching for two different varieties of pistachio, the line for the cash moves quickly and it seems easy to find what you need. 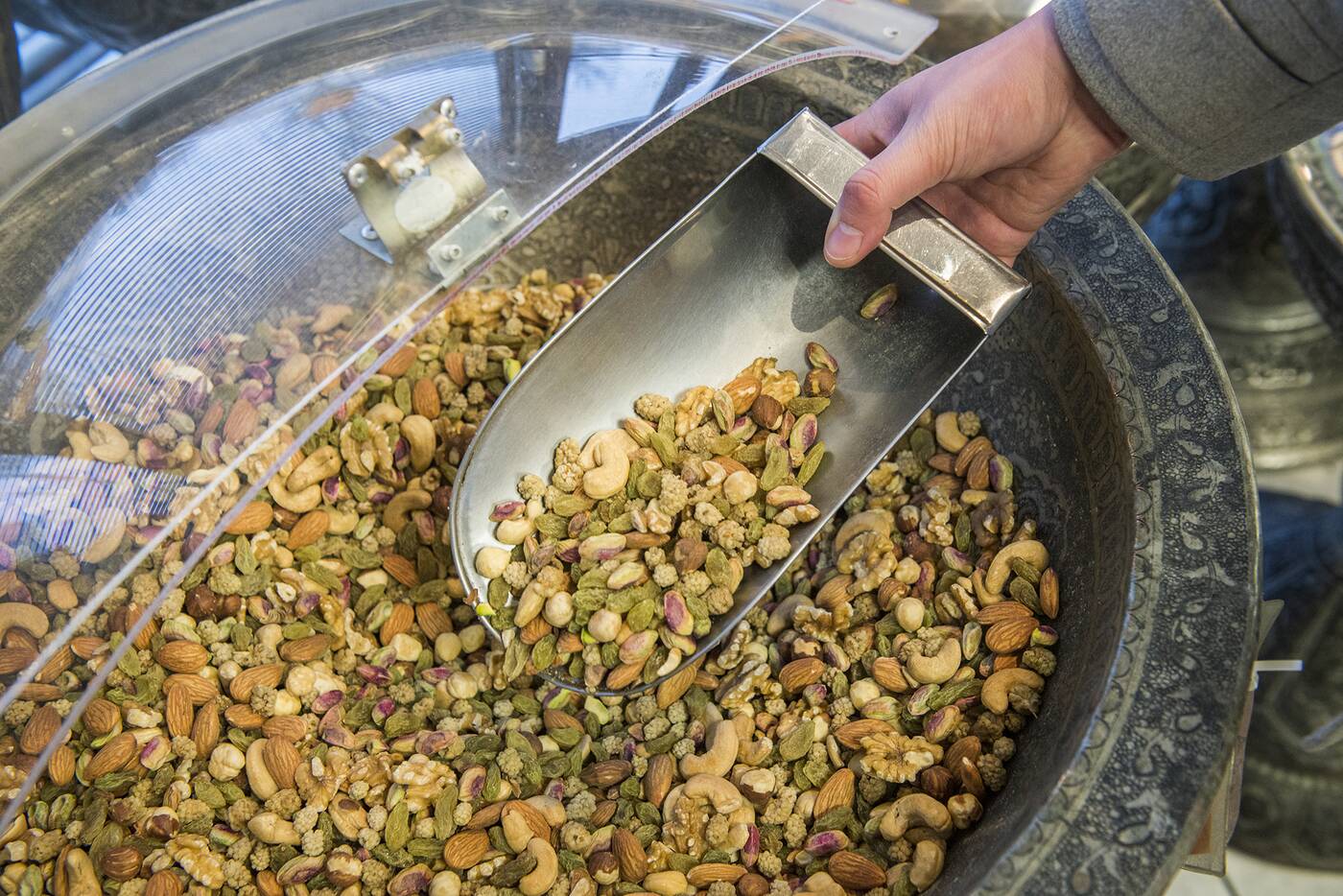 The sweet mix ($3.49/100g) rests in a bin big enough to testify to its popularity. All the nuts in this mix are shelled, a variety of pistachios, cashews, raisins, almonds, and dried mulberries, which I had never tasted before and added a chewy, sweet element to the mix. 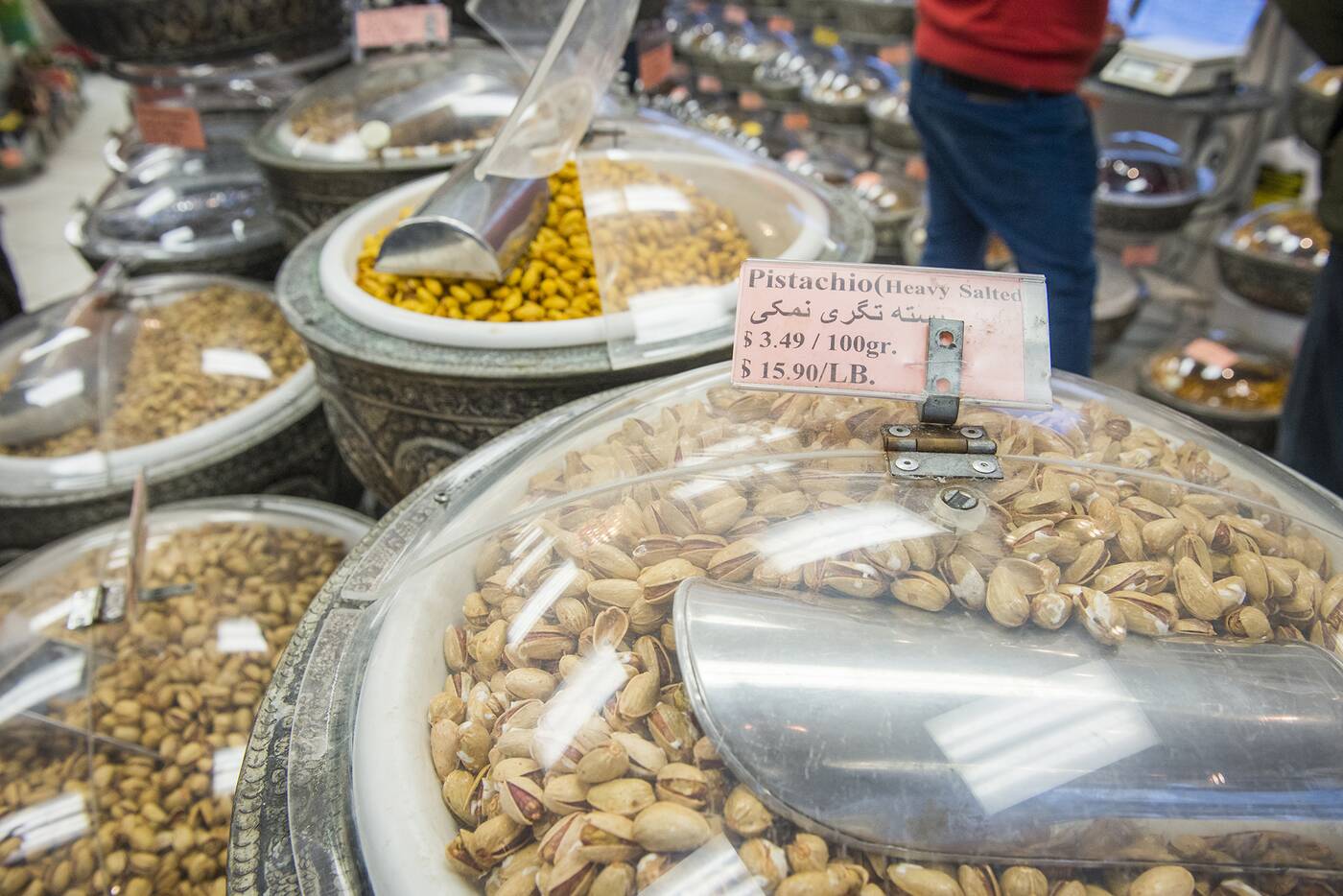 There are a crazy variety of pistachios in this place, and they waste none of your time by placing them all front and centre as soon as you walk in. Almost all the pistachios are from Iran, and apparently the jumbo are the most popular. One less popular, clearly implicitly inferior but less expensive variety hails from California. 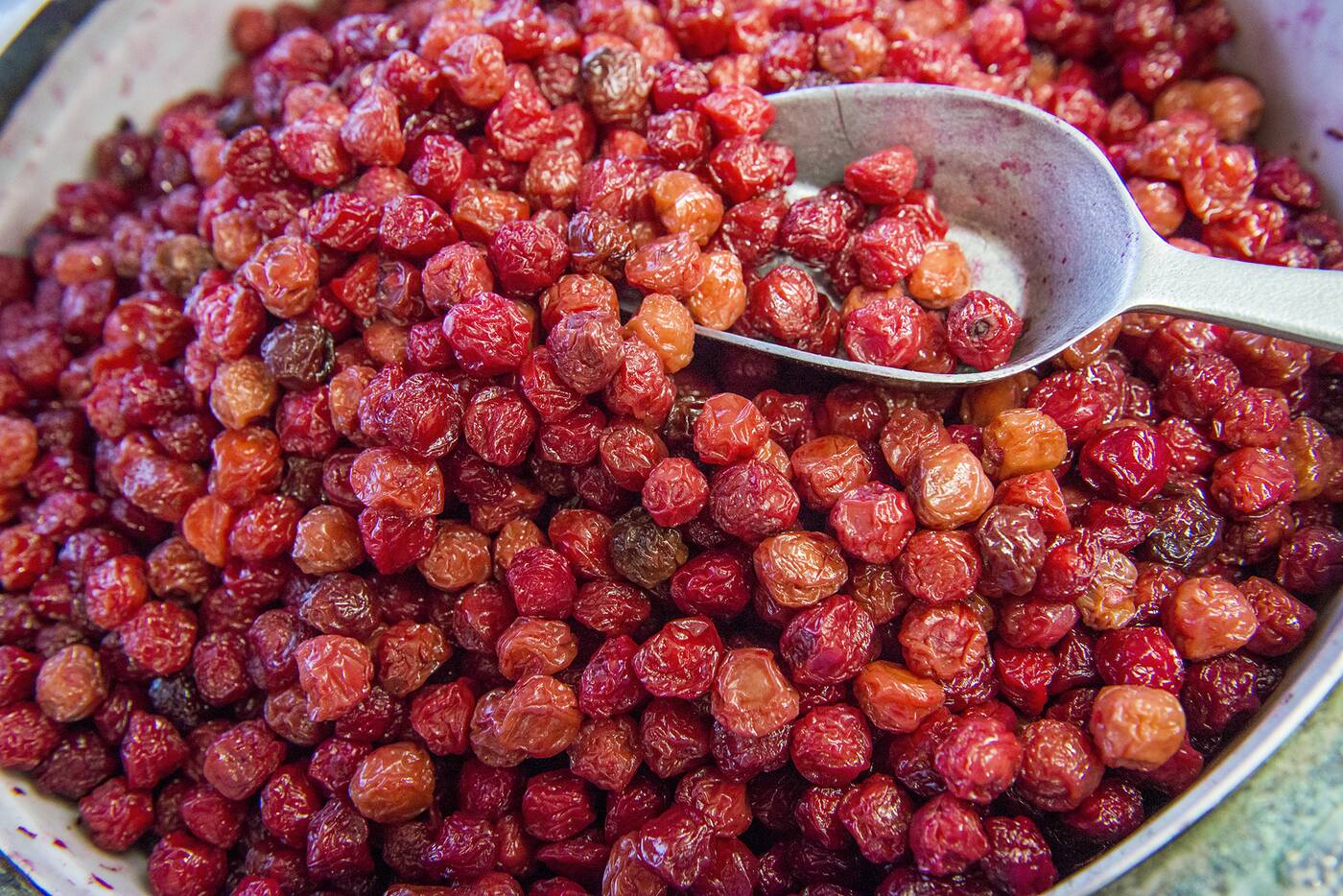 Sour cherries ($1.99/100g for black and red) are also popular. They’re often just eaten straight up in this form as a snack. 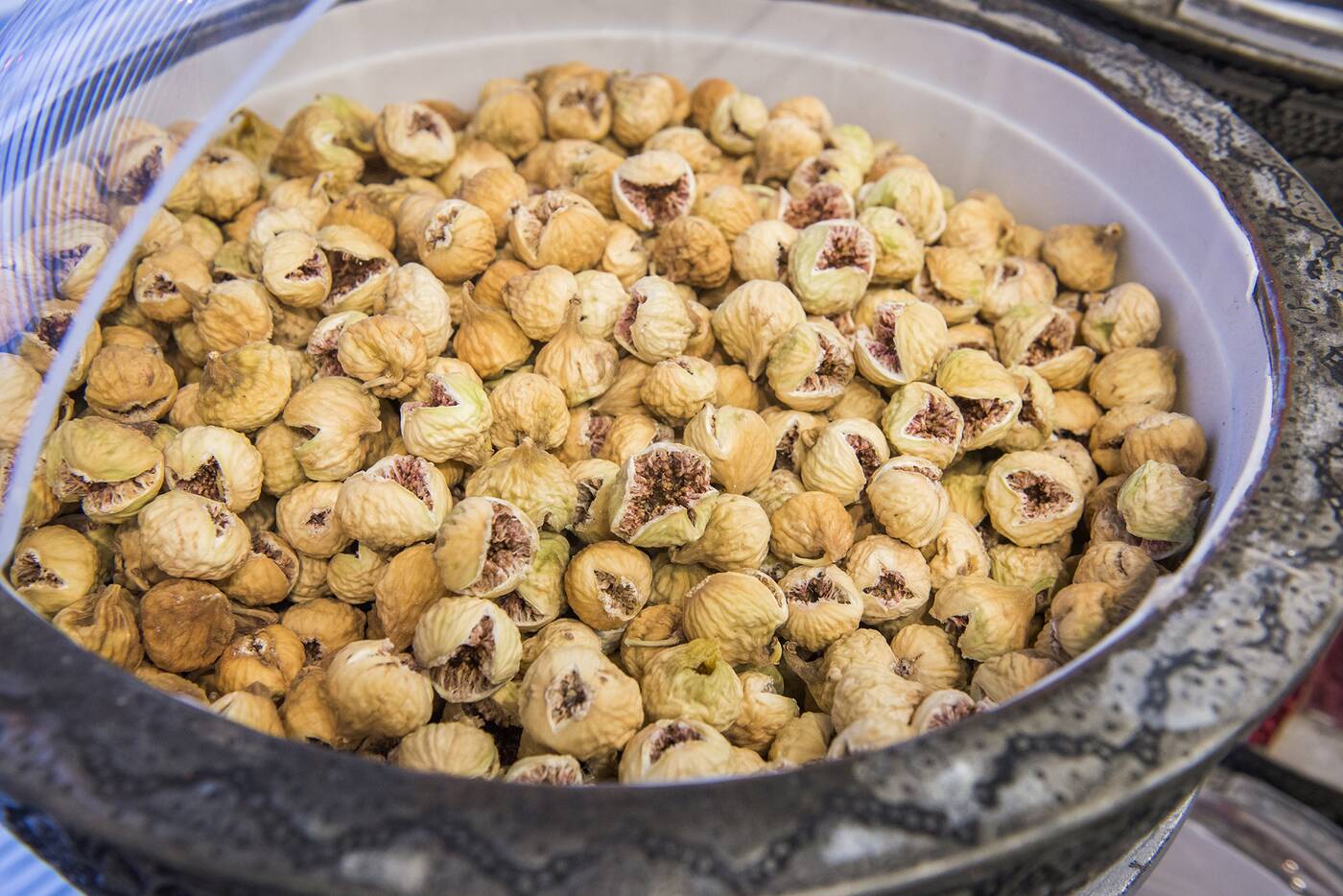 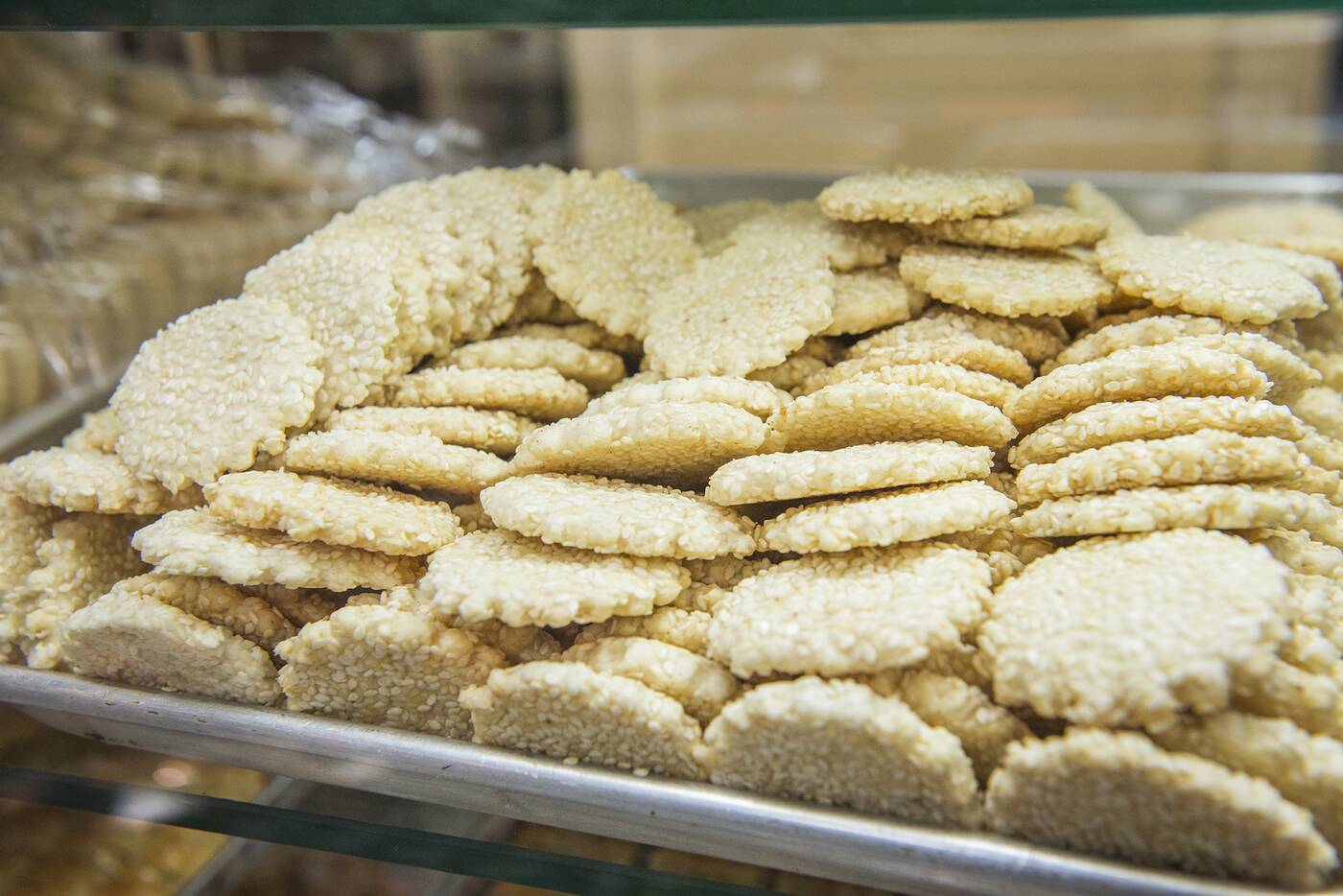 Traditional Iranian pastries are at the back, such as baklava, raisin cookies, and walnut cookies, most going for around $2. 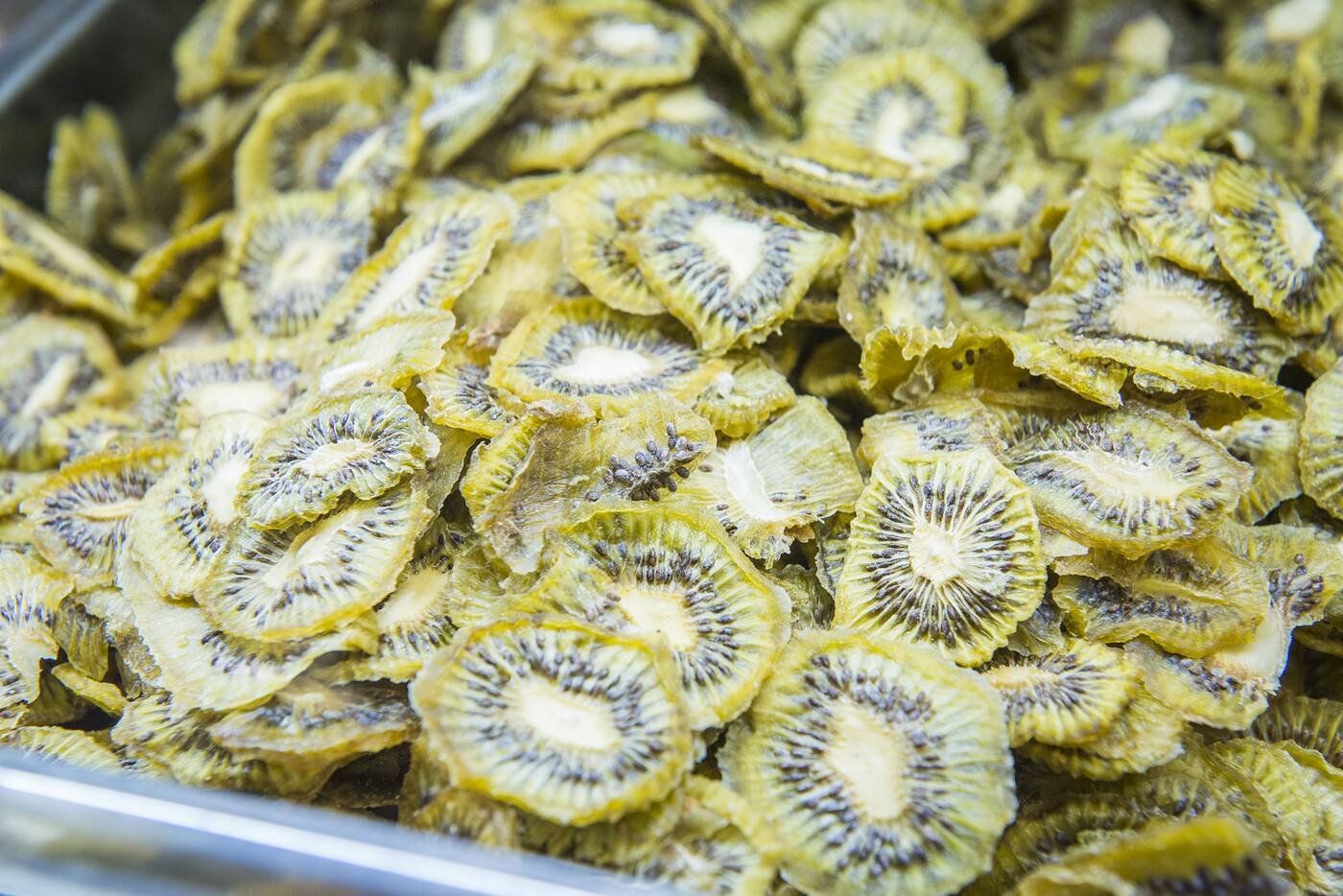 Dried fruits in a case at the back are more expensive, but they’re produced without preservatives or sugar. The dehydrating process is also costly to the producer, as you typically get one kilo of dried kiwi ($5.99/100g) out of ten kilos fresh. 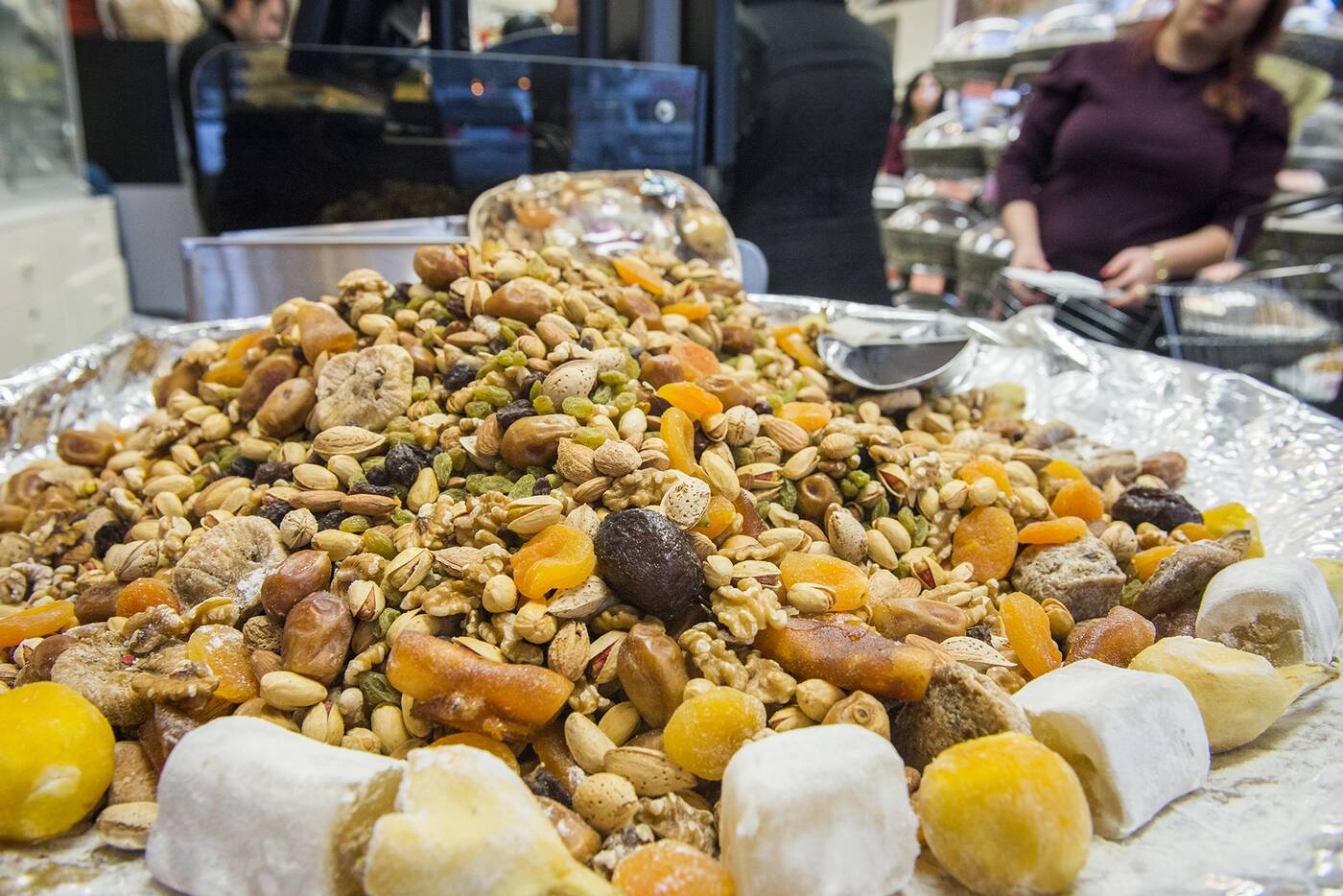 During my visit there’s a display of winter mixed nuts at the front typically eaten on the longest night of the year in Iran, a medley of dried apricot, almonds, walnuts, and tons of other good stuff. 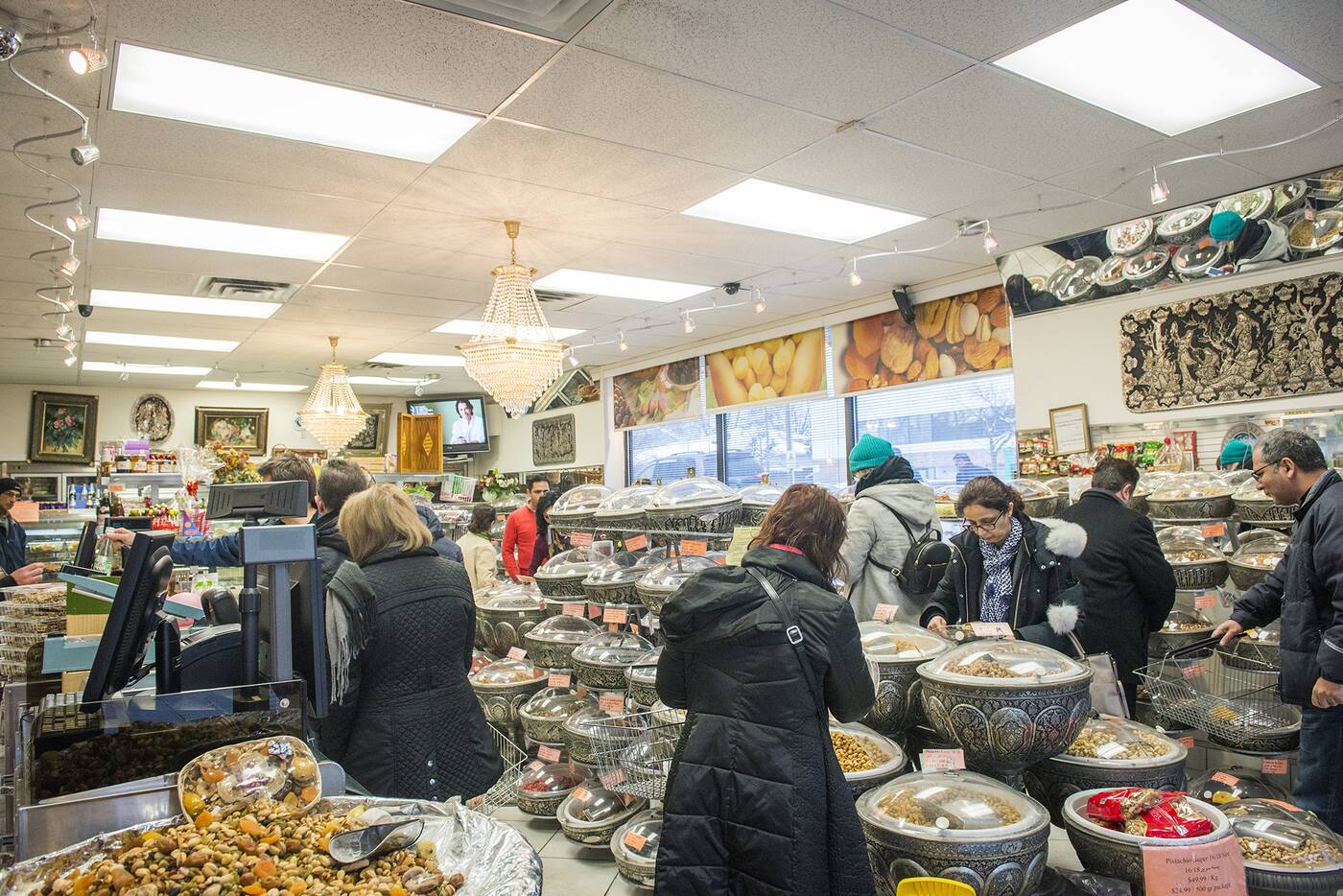 Bins line the perimeter of the space, and in the middle there are shelves with candies and cookies and at the back are the baked goods and premium dried items. I see plenty of people who aren’t afraid to pipe up and ask for things, and those working at Tavazo are ready to help. 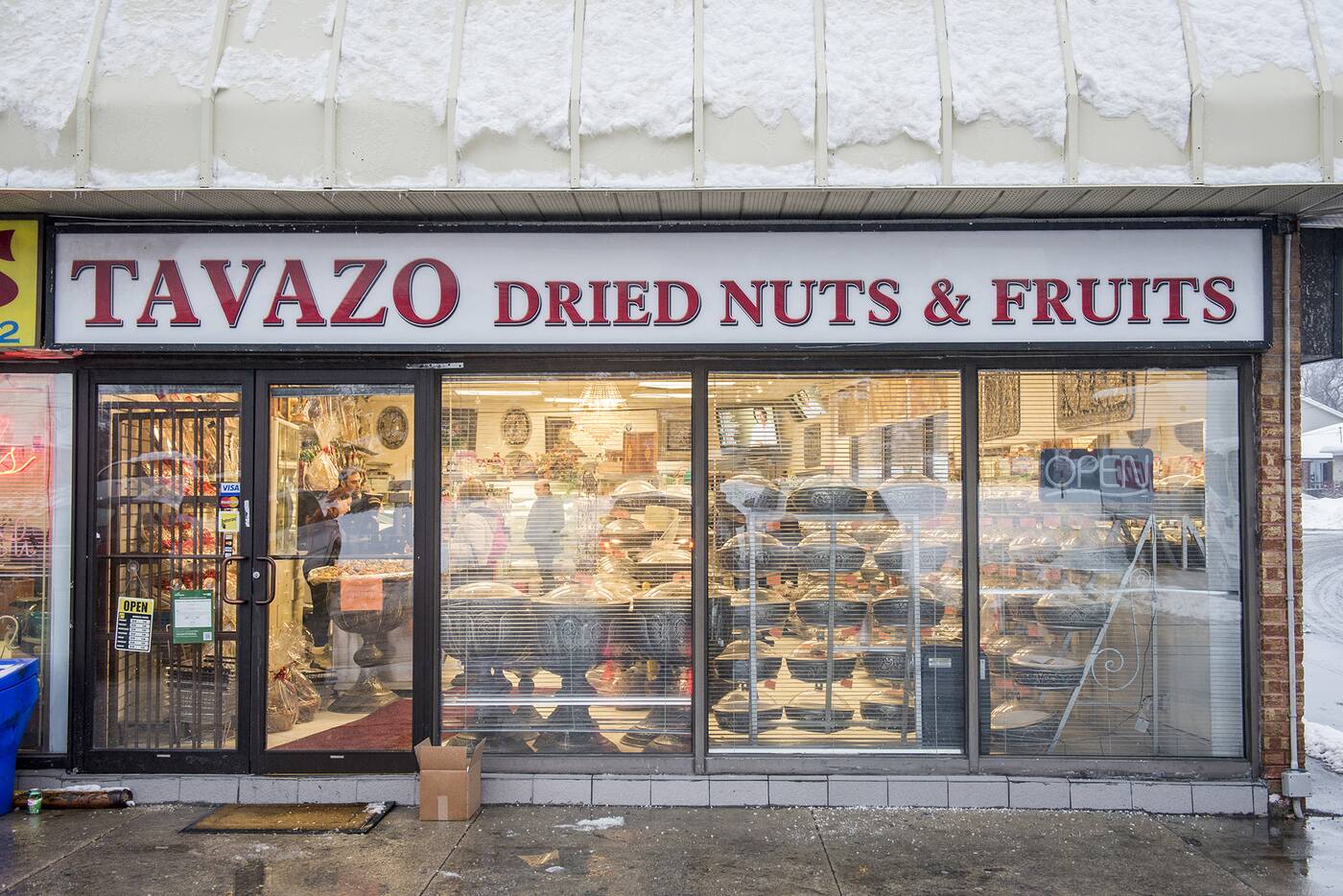