The Nuthouse stands out among the restaurants and discount stores in Blansdowne - just look for the giant walnut jutting out from the storefront. "It's iconic," co-owner Liza Lukashevsky says. The Nuthouse has been in business only a month and already the giant walnut has been generating buzz. 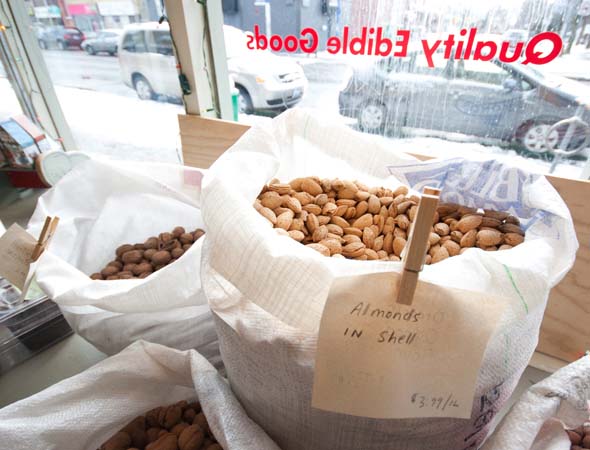 Liza and her husband and Nuthouse co-owner Alex live just down the street, and they've found it difficult shopping within the neighbourhood for healthy food for their children (now aged six and eight). So she and Alex decided to open up their own health food store. 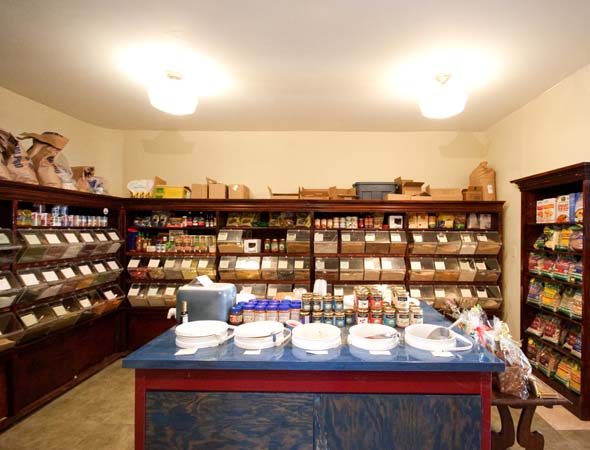 Liza's parents owned Whole Earth Natural Foods (McCaul St), one of the first health food stores in Toronto so, Liza says, showing me a framed photo of Whole Earth, running a health food store is in her blood. So far, The Nuthouse has been doing well. "Families are starting to take over," Liza notes of the generally "tough neighbourhood," and people are becoming more interested in healthy eating, particularly in vegan and sugar-free options and raw and organic food. 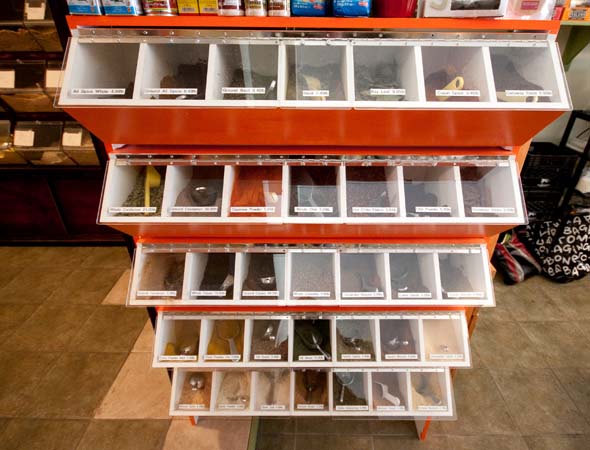 The Nuthouse sells much more than nuts, and mostly in bulk, which makes it cheaper than the packaged products at other health food stores. The store sells Dark City coffee beans, which is the brand served at The Common . Types of beans include espresso ($13.99/lb) and fair trade organic cherry bomb ($14.99/lb). 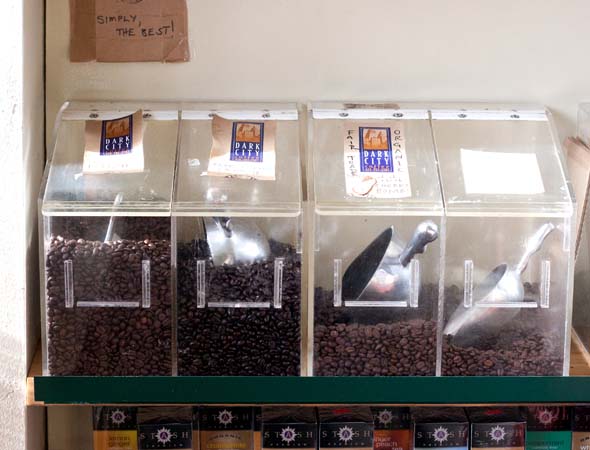 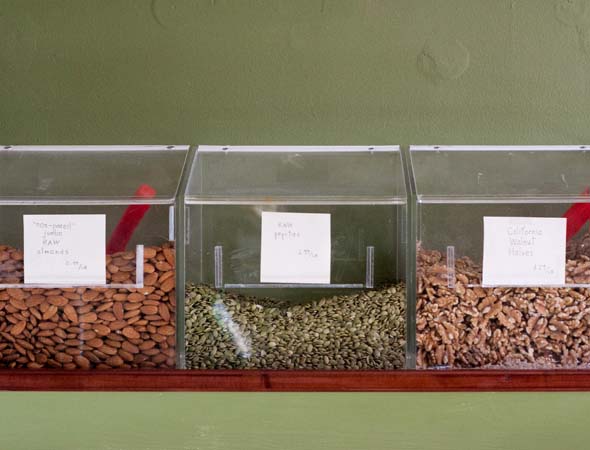 As the name suggests, The Nuthouse also sells nuts, lots of them. These nuts are fresh and sourced from California, and sold either raw or dry roasted in a small family facility in Toronto. Nuts sold at the shop include organic varieties, and wheat- and gluten-free options. A popular item is the gluten-free Tamari almonds ($7.89/lb), which are hard to find. Liza says she's noticed that lots of people have problems with gluten, especially diabetics, since it's been discovered that gluten increases blood sugar. "People are getting sick," Liza says. "They're now finding ways of helping themselves with food." 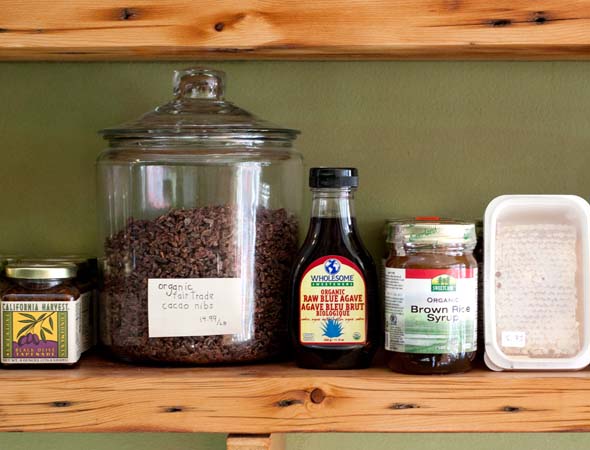 The Nuthouse also sells apricot kernels, also known as bitter almonds ($9.99/lb), which contain the vitamin B-17 and so are considered by some as a natural form of chemotherapy. A notice on the glass case warns to take only up to 3-4 bitter almonds a day, as an overdose can lead to cyanide poisoning. 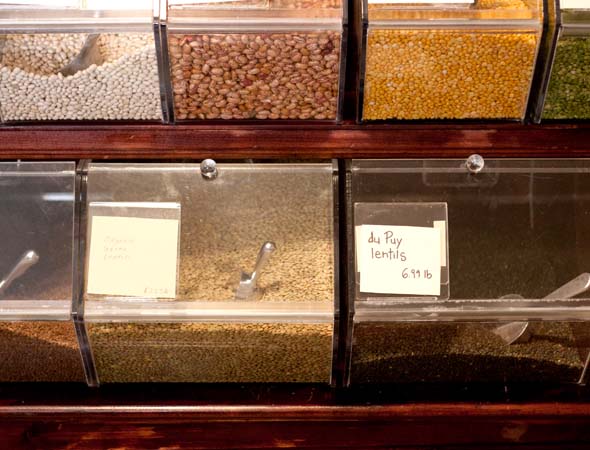 Nuts generally cost between $5 - $11/lb, and include varieties like macadamia nuts, Brazil nuts and walnuts. The store's trail mixes are also very popular, and are named after streets in Toronto, like the Brock N Roll mix, the Bloor St mix and the Margueretta mix (each at $6.49/lb). They also sell a variety of baking and cooking products like ground hazelnut and pecan (a gluten-free flour substitute), flour (Teff flour at $1.99/lb) and grains like lentils (du Puy lentils at $6.99/lb) and organic spelt kernels ($1.79/lb). While most health food stores sell these in boxes, The Nuthouse sells them in bulk from a glass case, which keeps them fresher. 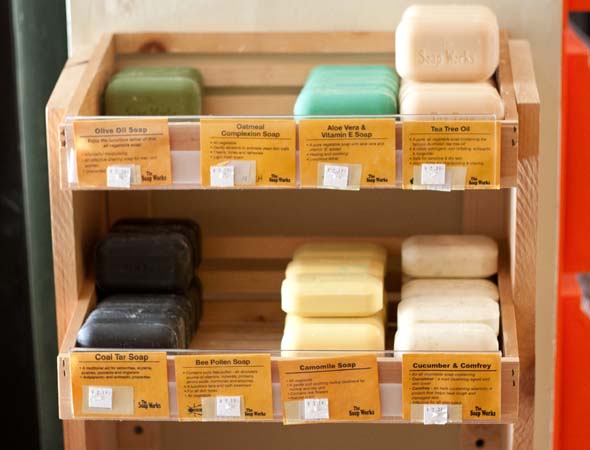 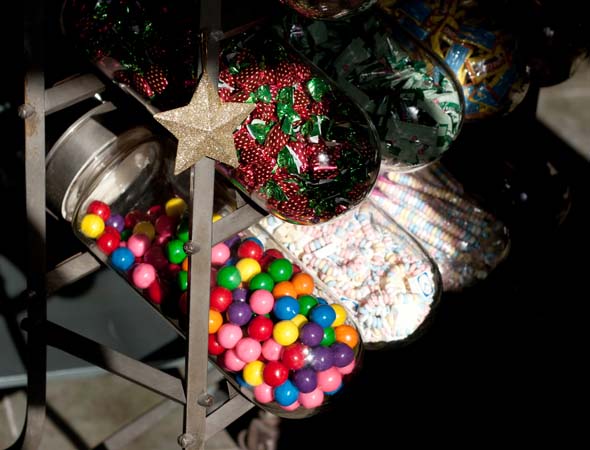 The Nuthouse is also very much involved in giving back to the community. Every time a customer requests a plastic bag, the five cent fee goes directly to the Environmental Alliance . Liza also mentions her plan to have FoodShare boxes at the store. FoodShare is a non-profit organization that provides low-cost healthy food to the community, and soon, Liza says, the Nuthouse will be stocking FoodShare boxes containing fresh Ontario vegetables. 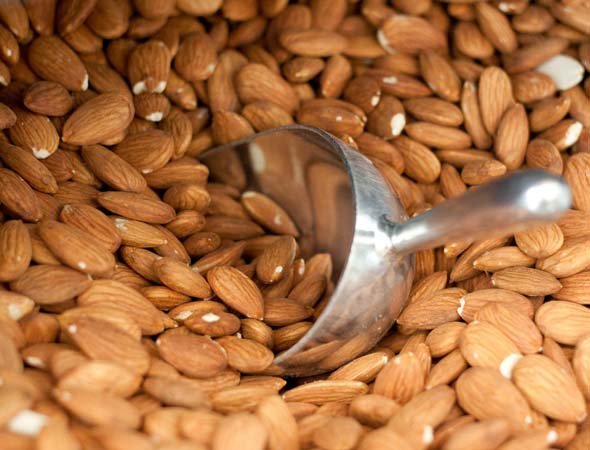