Ruby Eats is a new shop of chef secrets. And these aren't just any secrets, mind you. Ruby Eats has the choice cookware, the preferred produce, and the favourite finds of celebrity chef Lynn Crawford, who has appeared on Restaurant Makeover, Iron Chef America, and Pitchin' In on Food Network Canada.

Lynn, who also once occupied the executive chef positions at the Four Seasons in Toronto and New York, decided to open this new space along with business partners Cherie Stinson, Joey Skeir, and Lora Kirk about one year ago, according to Cherie. That was around the time that the team's restaurant, Ruby Watch Co ., was up and running, and Lynn wanted to get the ingredients straight to the customers. 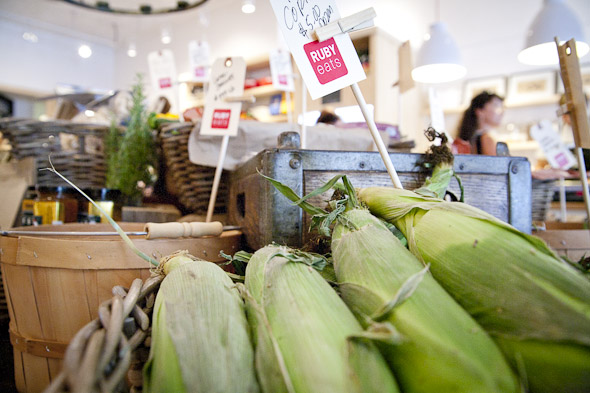 "Chef Lynn is just so passionate about food," Cherie says when I meet her in Ruby Eats' recently opened shop in Riverside , just a few doors down from the restaurant. "All of the chef's tricks are here." 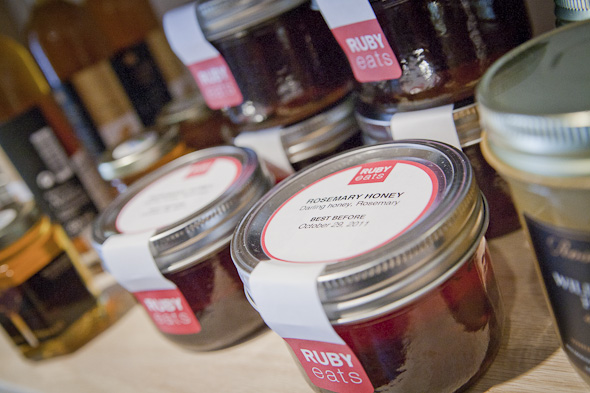 Cherie, an interior designer by trade, is also a familiar face on Restaurant Makeover. She designed this space to feel like the inside of a chef's pantry, with faux antique fridge doors on the demonstration island, chalkboard menu boards, and clean wooden cabinetry throughout the shop. The centre of the store is a market of sorts, with baskets of fresh organic green beans ($3.25/lb), locally sourced corn ($5/doz), Spanish onions ($0.99/lb) and more. 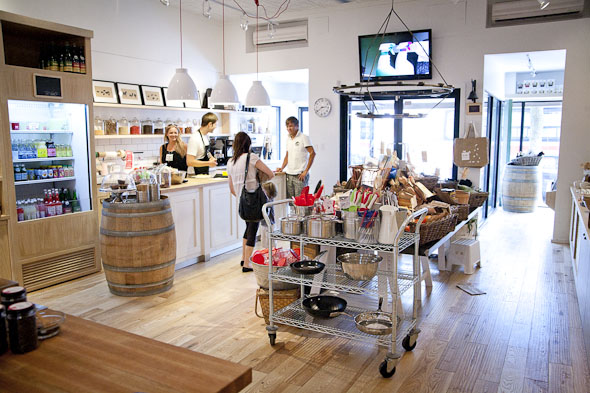 But for anyone who has dined at Ruby Watch Co., they know that Chef Lynn's jams, butters, and marinades are certainly one of her specialties. They're all bottles and lovingly placed throughout the store; little jars of apricot jam ($6.99), truffle honey ($7.99), containers of chipotle butter ($2.99) and bottles of herb and mustard steak marinade ($9.99). 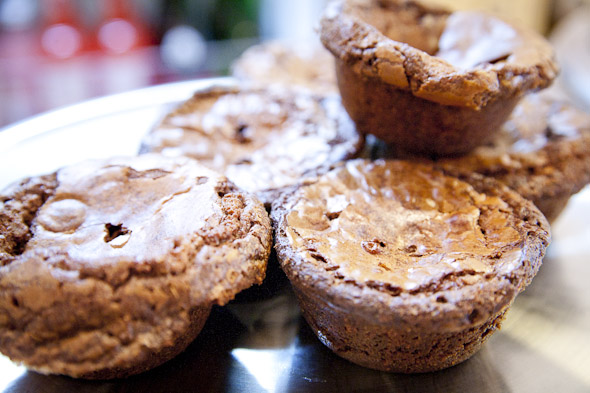 Of course, someone like myself wouldn't know what to do with a jar of truffle honey--except perhaps cautiously spread it over some toast--but Cherie assures me that Ruby Eats' staff know when and how to best use these ingredients. "We're sort of like food concierges," she says. "We're here to help you generate meals." 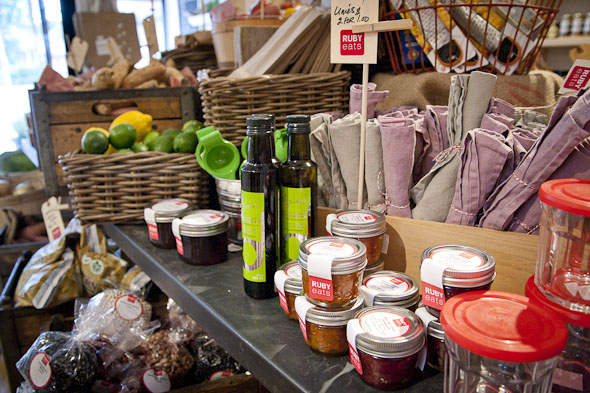 Part of that help includes live demonstrations at Ruby Eats, often conducted by Chef Lynn herself. Since the shop is still in its infancy, the precise hours of the demonstrations are still being worked out, but they're generally around 4 p.m. during the week, with several during the day on weekends. 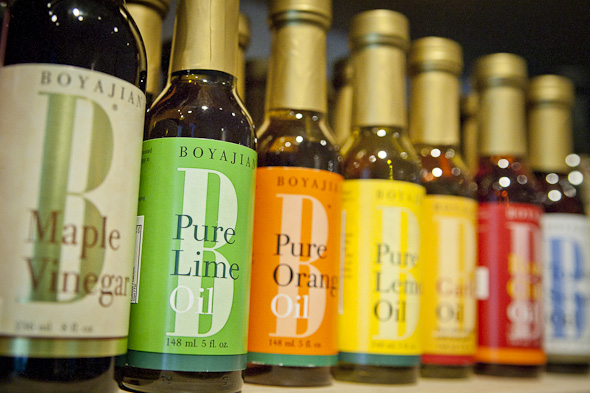 Ruby Eats also offers lots of pastas, canned goods, fresh cheeses, and kitchenware, along with Detour coffee espresso shots ($2.00) and a small assortment of baked goods for snacking. So now that you have all the chef secrets, watch out Food Network Canada? 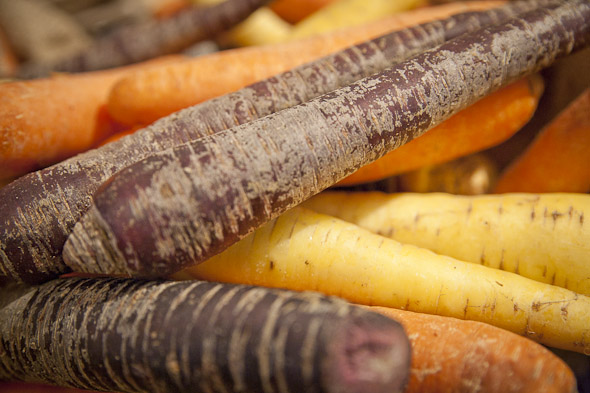 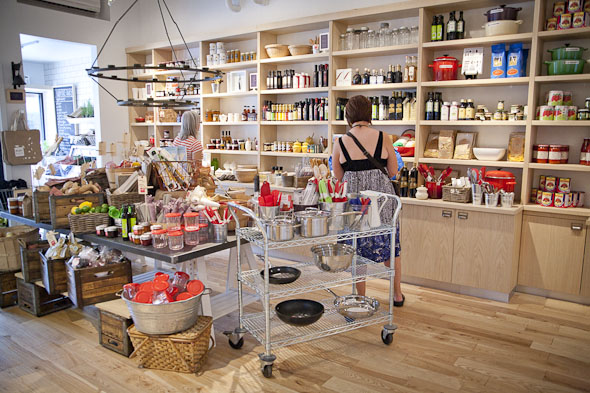 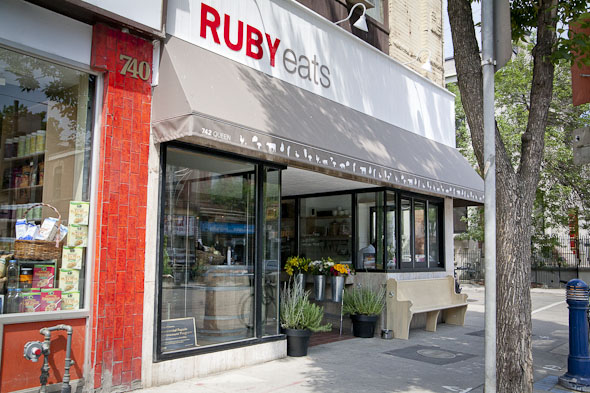