The Neighbourhood Joint is a cannabis store moving weed products around the shop through a series of pneumatic pipes.

Offering flower, pre-rolls, concentrates and edibles, this dispensary by the Beaches has a number of unique elements that set it apart from some of its sleek, big-name counterparts. 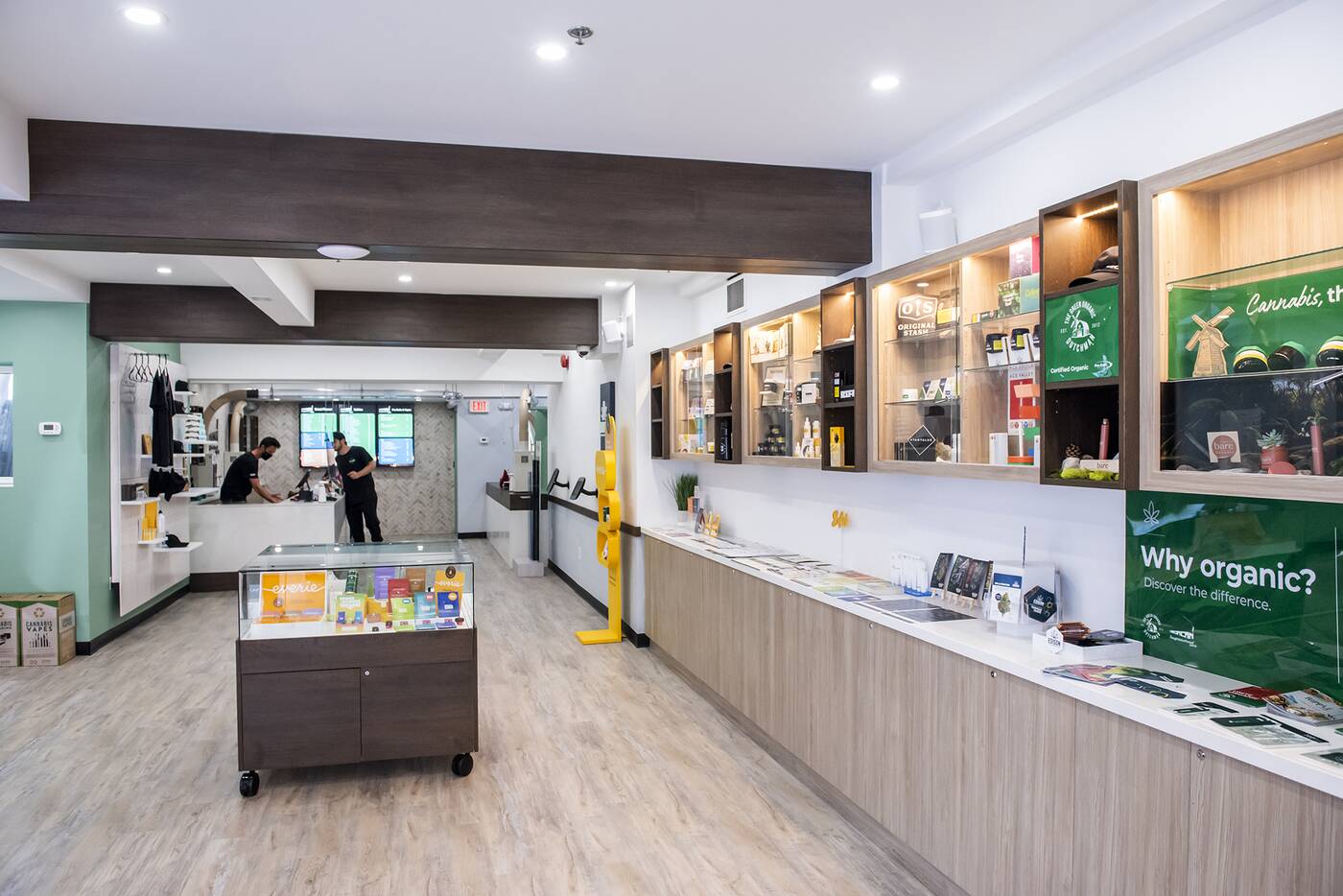 Run by Andrew Rhodes and his father, this low-key cannabis store has a fascinating $50,000 system of piping from Eagle Pneumatic Inc. that carries orders from its basement to its cash registers. 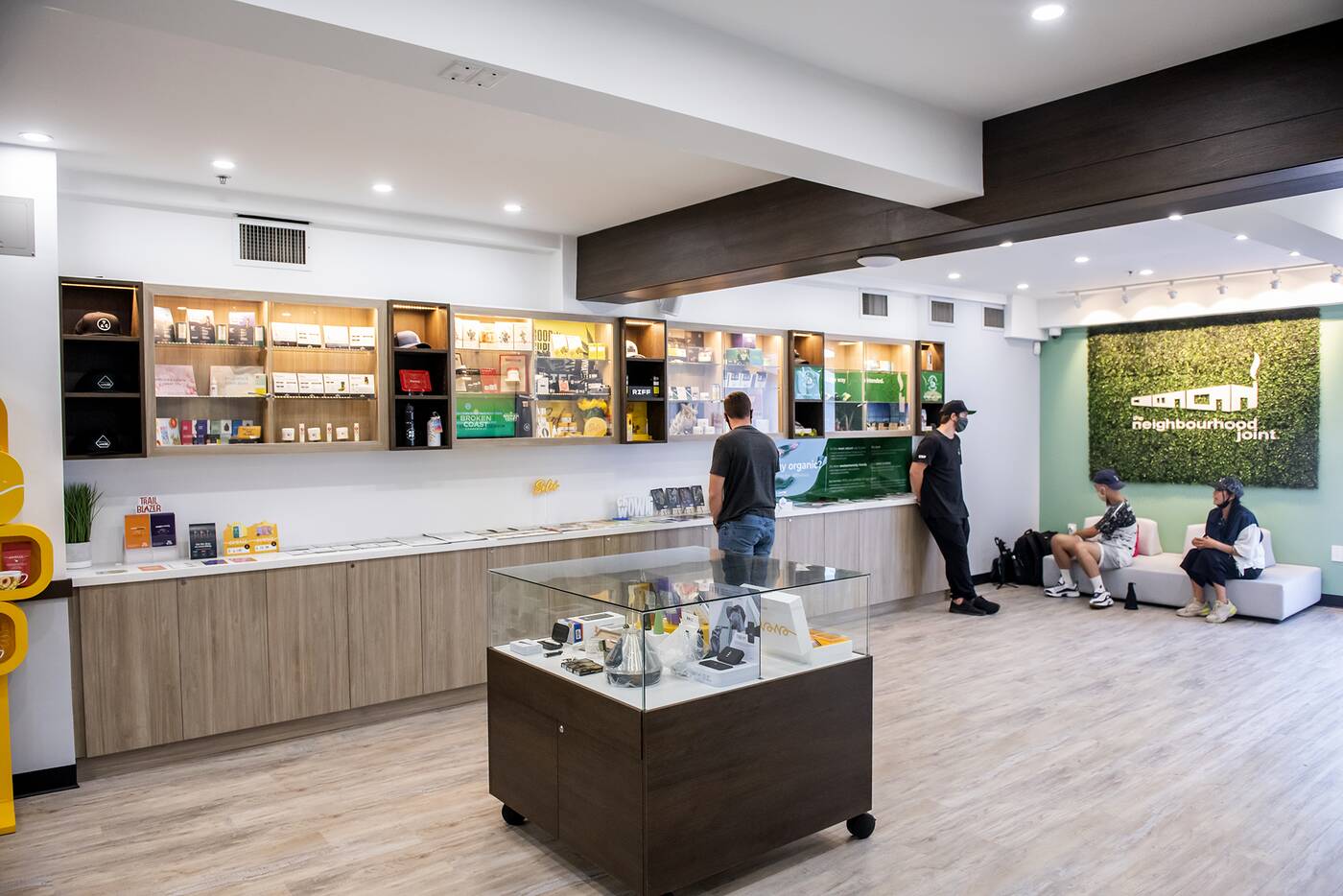 "We had to think of a way to bring the product up, which would have been a nightmare for staff running up and downstairs," says Rhodes. 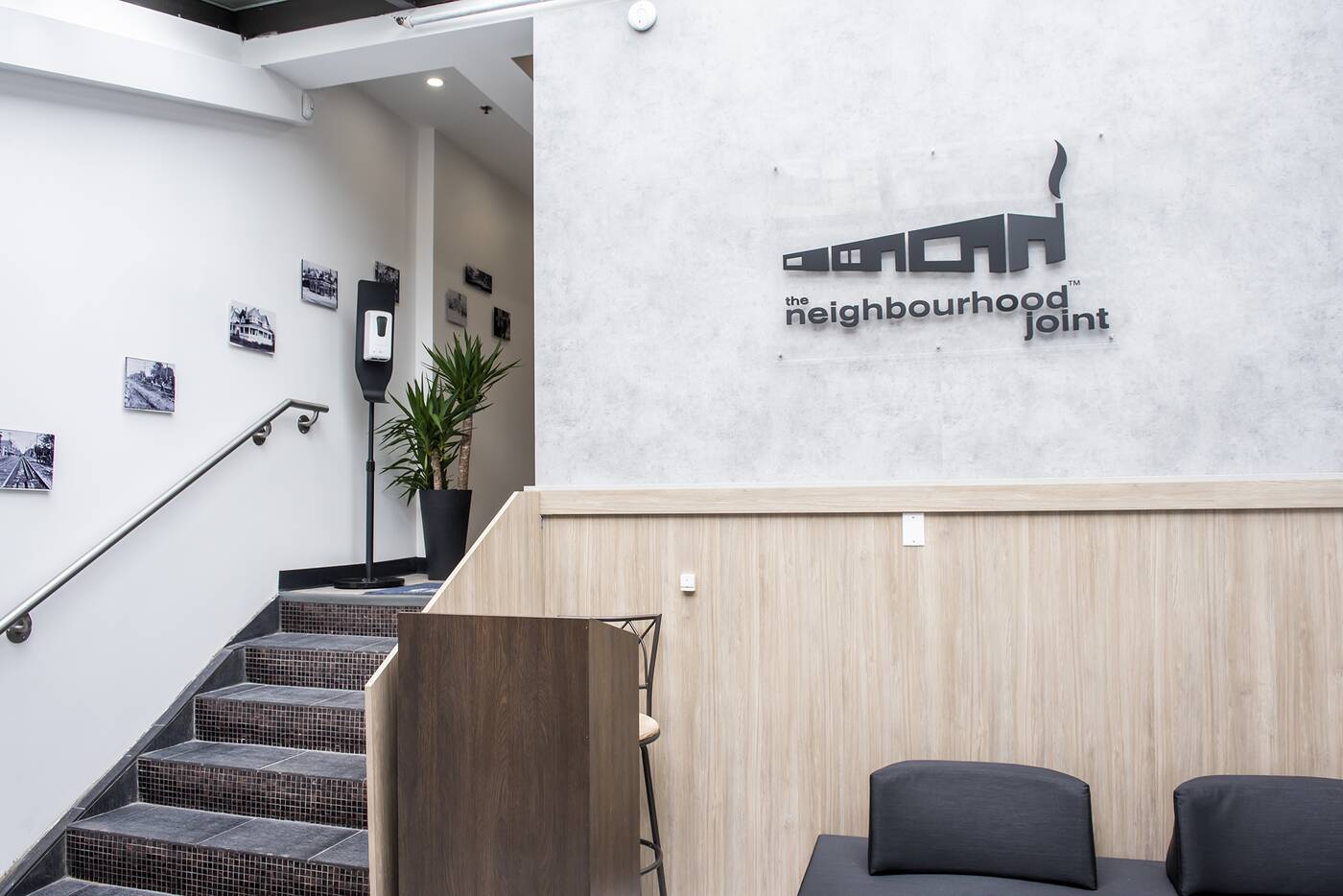 It's also an ode to that brief and fascinating time in Toronto's history when more than 4,500 metres of pressurized pipes ran beneath the city's streets — except in this day and age, it's transporting Msiku Nova Glue (26 per cent THC), not mail. 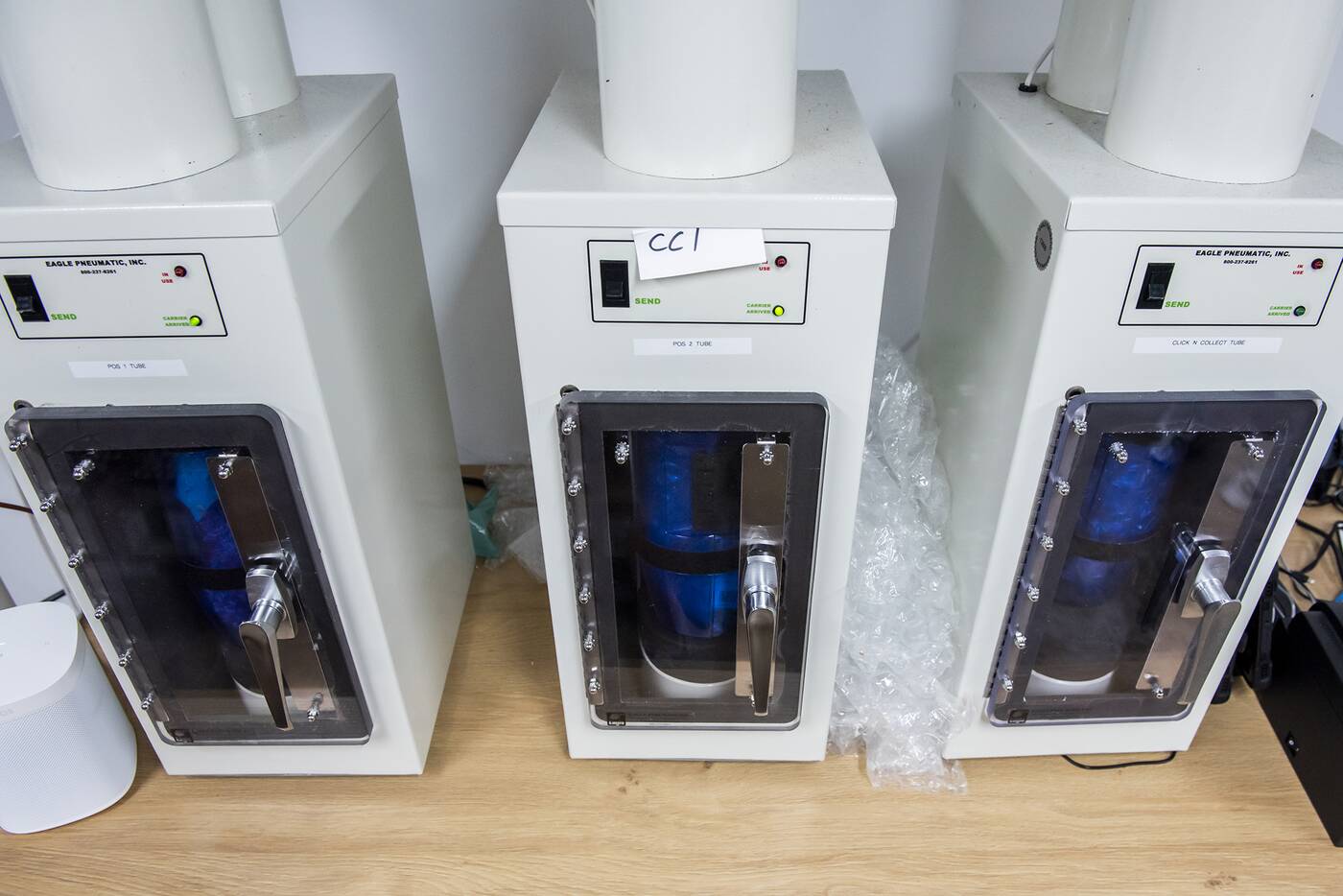 A staff member in the storage downstairs receives a chit for product from brands like 7Acres and the affordable Gage Cannabis Co. 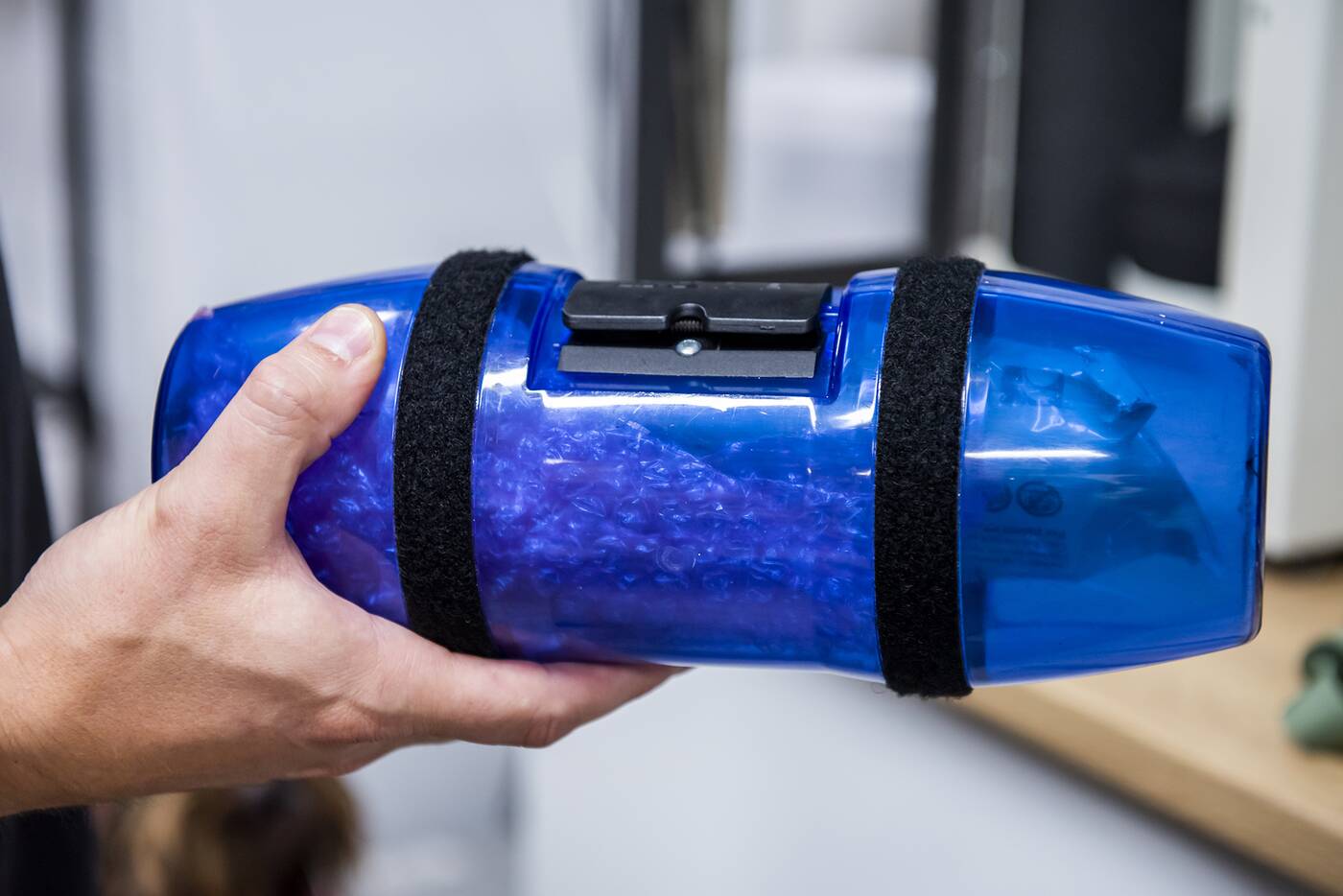 It's then loaded into a pod that's sucked up through one of three tubes, depending on which cash register sent the order. 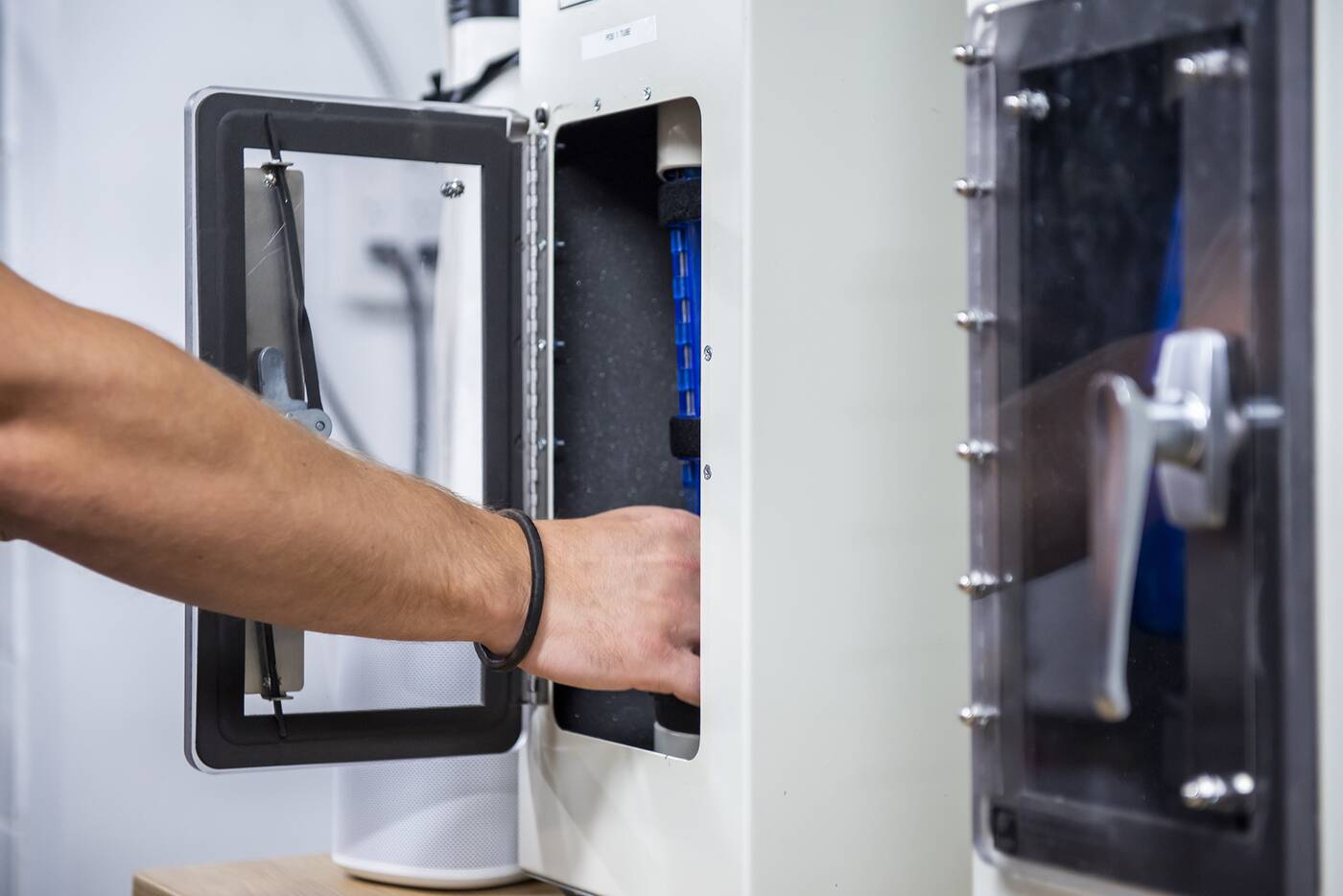 This literal doob tube is probably one of the most interesting ways to receive your weed. 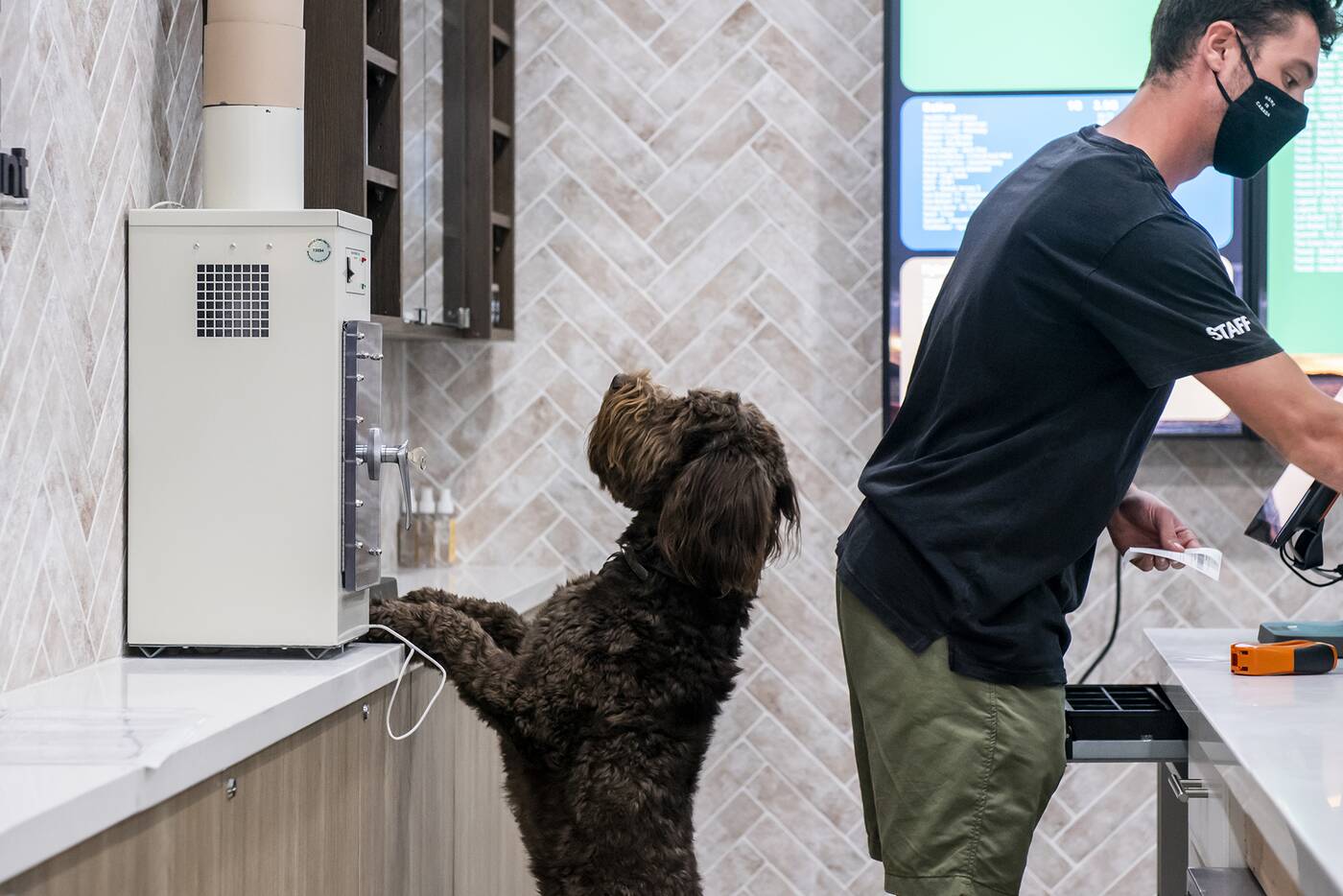 Naturally, this being the Beaches, there's a dispensary dog here who is just as enamored with the system as I am.

Also located downstairs is a fridge where all the edibles are store — from gummies to chocolate, truffles, and teas — kept fresh at 40 F for consumption. 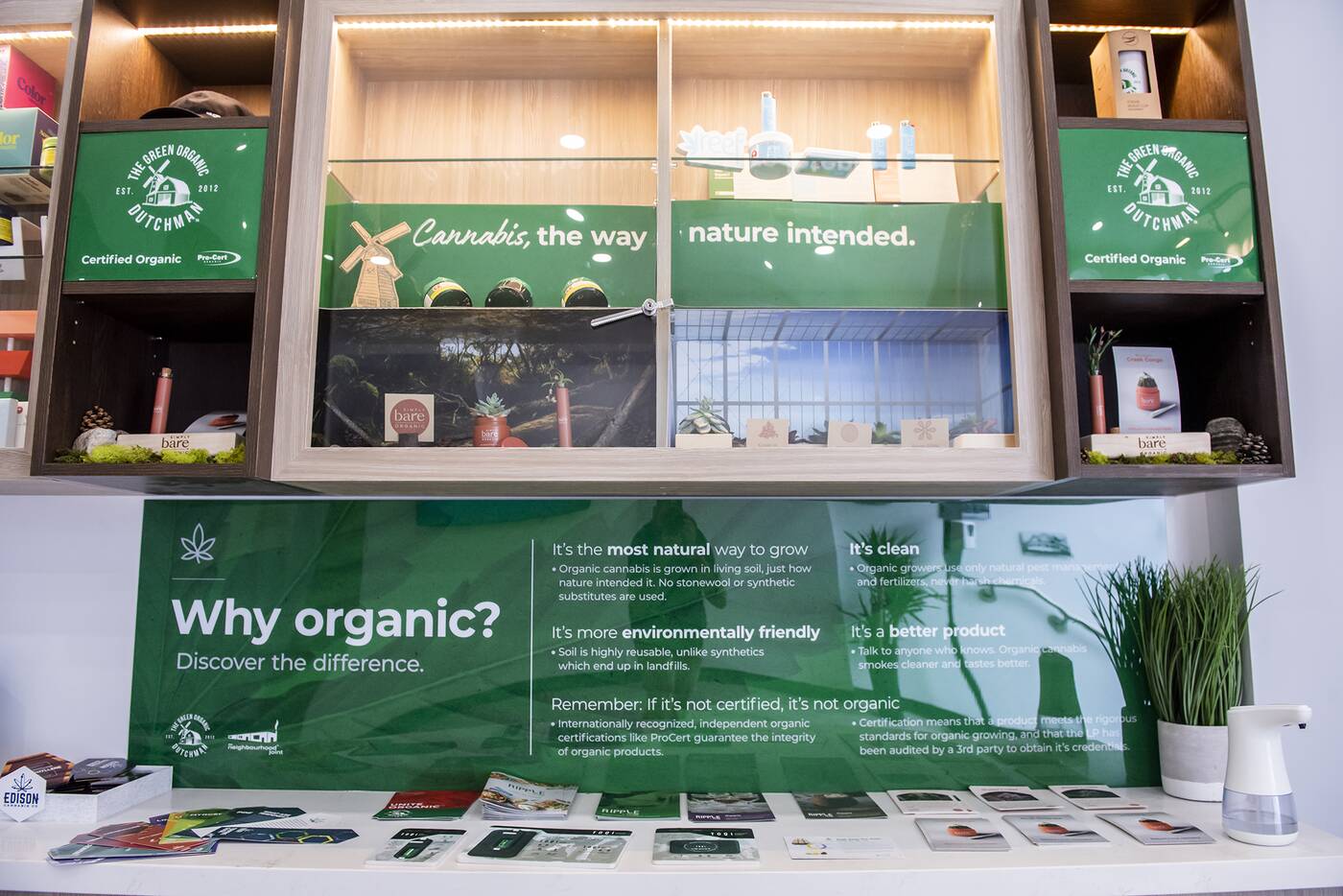 There's also a wall of organic brands, too, like the Green Organic Dutchman's indica strain, Unite Organic ($43.86 for 1/8 oz). 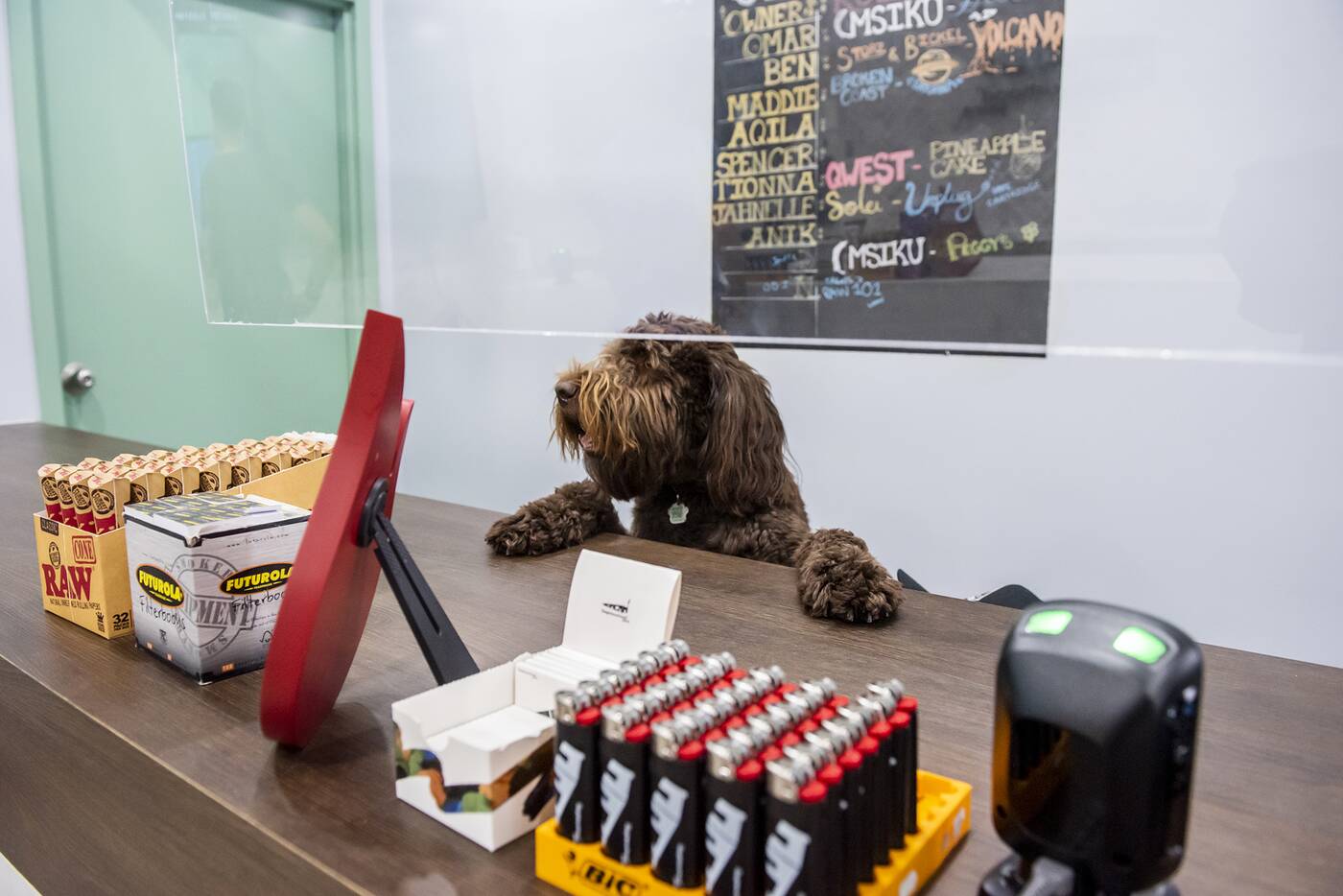 The great thing about this product in particular is that it comes in a glass jar that can be recycled at home, not just at a cannabis store (though The Neighbourhood Joint also has its own recycling program for packaging). 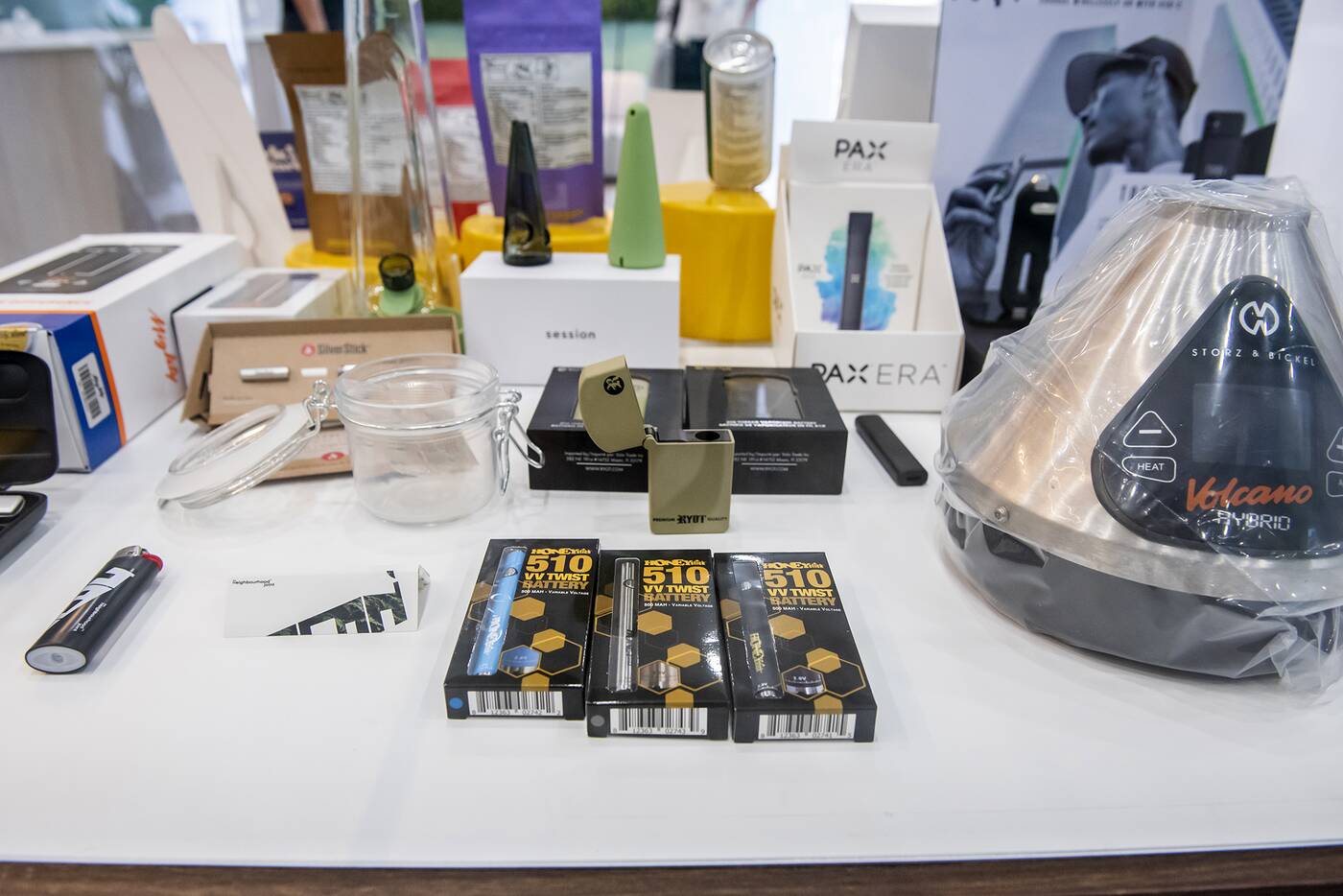 There's a limited amount of accessories here, other than one bang, some pipes, one-hitters and a Volcano Hybrid vaporizer. 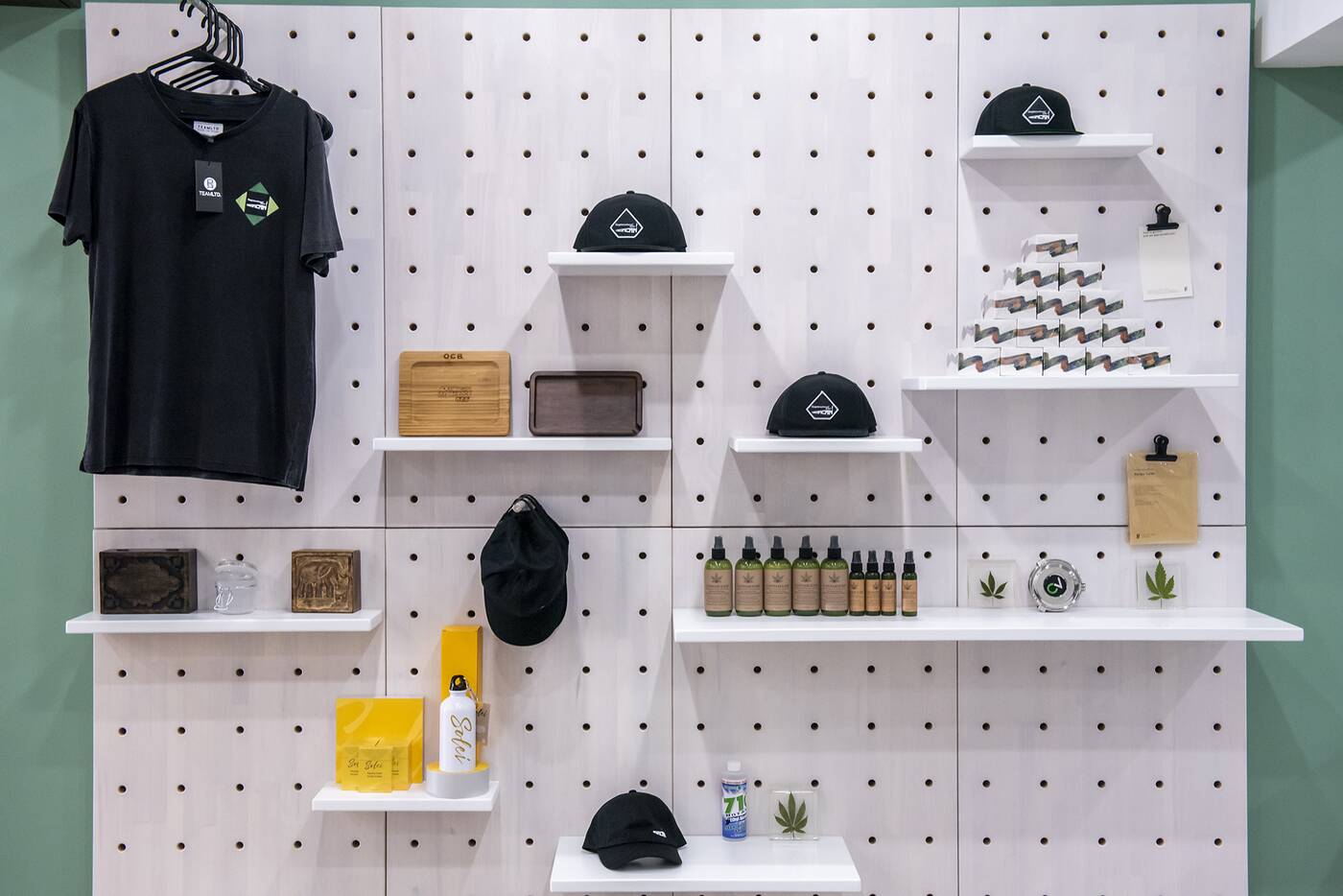 The Neighbourhood Joint also has a small swag wall with stash boxes, papers and rolling trays. 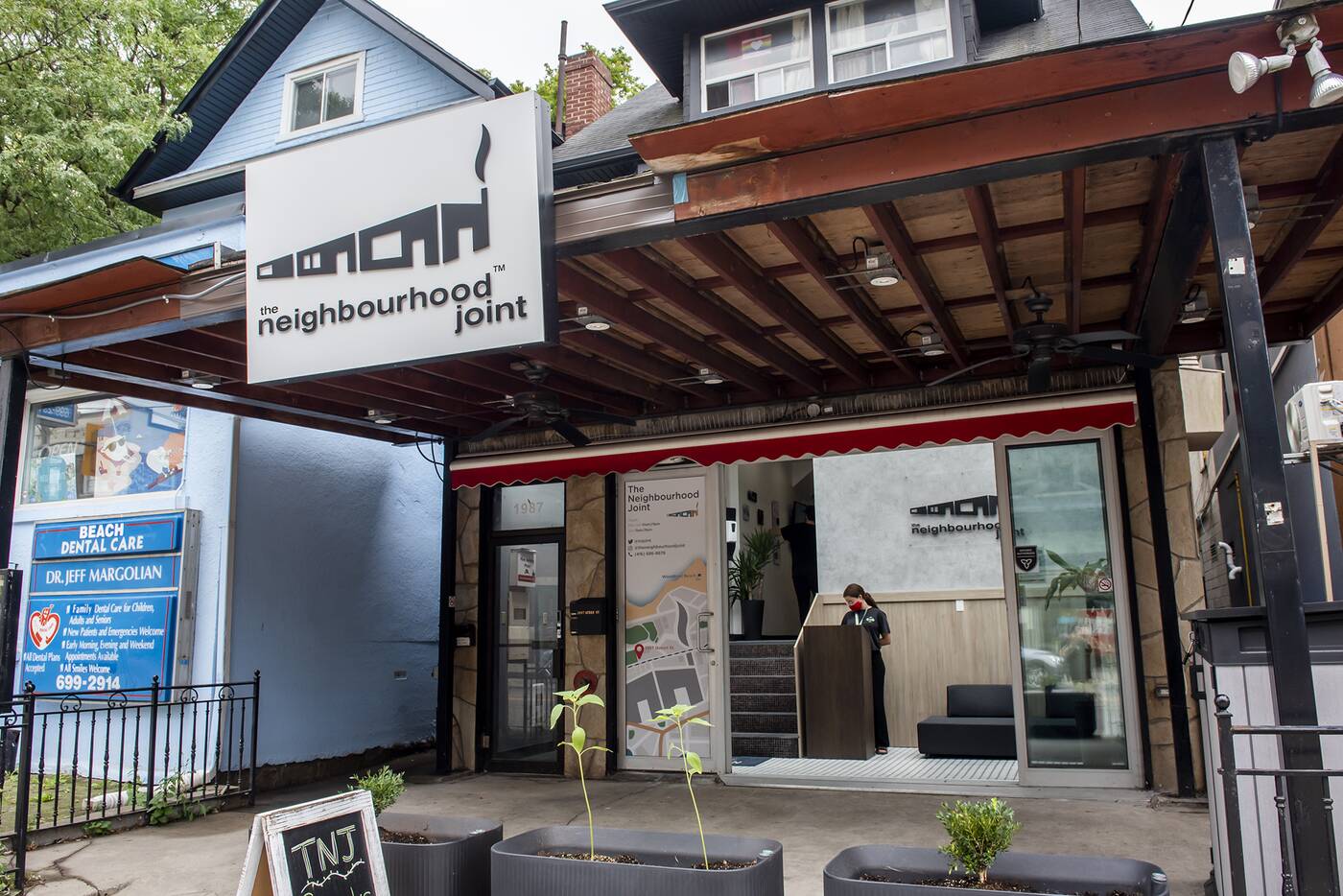