Mrakovic Deli is filled with the smell of sausage. It’s named for the Mrakovic family who still run the place they opened back in 2003. They came to Canada in the mid-1990s, fleeing Bosnia and Sarajevo during wars in the Balkan region.

The way they’ve built their business from a small butcher shop into a combination grocer, bakery, and meat production plant is a testament to what can happen when immigrant cultures are allowed to flourish. 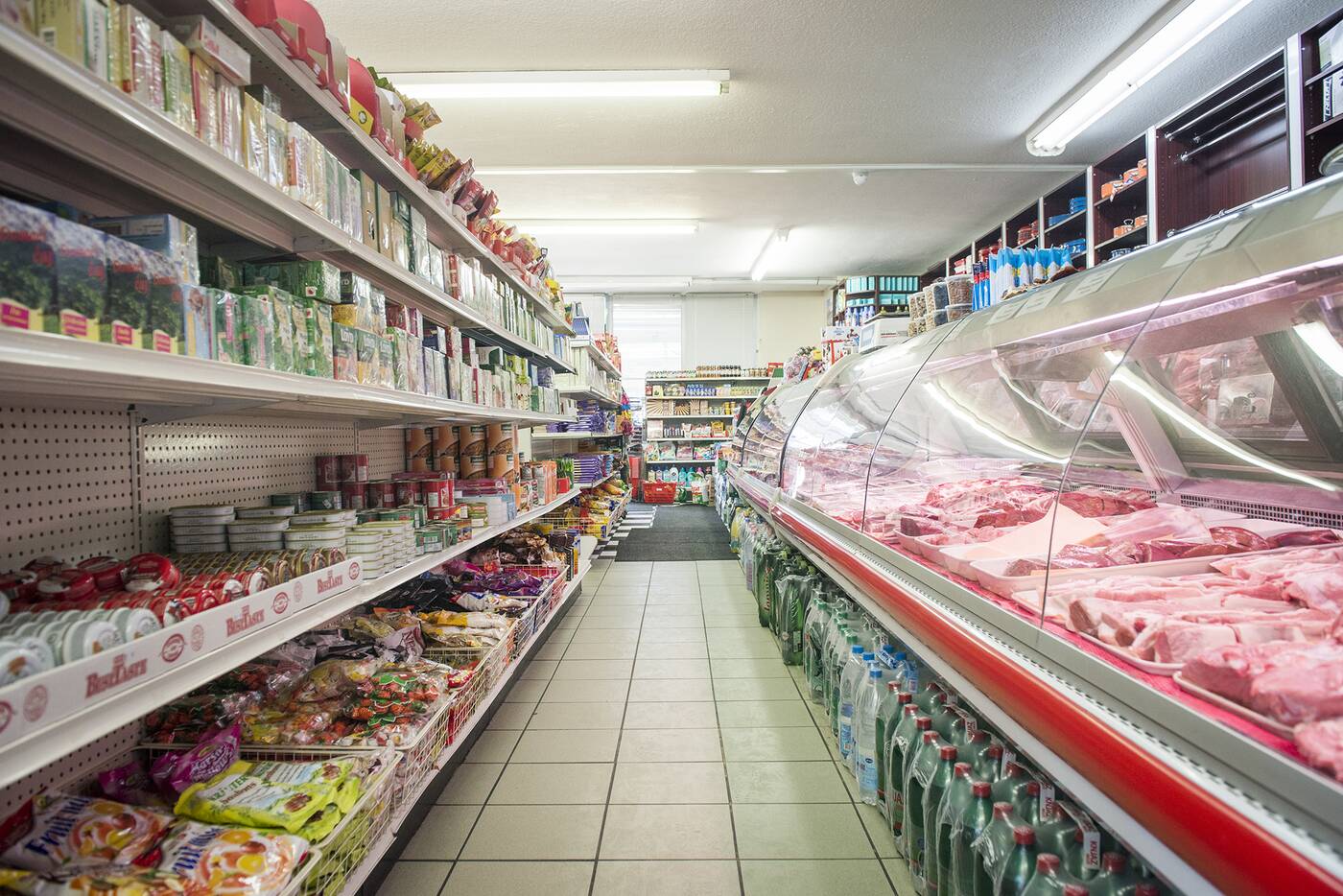 The Etobicoke shop winds from a weird side entrance (don’t try the other doors) into the butcher shop and grocer, and continues around toward the back where there’s a restaurant with booths and tables.

Meat production all takes place downstairs, and behind the restaurant area you can catch glimpses into the kitchen where heaping piles of cevapi and sausage are tossed about on the flames, and steaming trays of fresh burek are constantly being replaced. 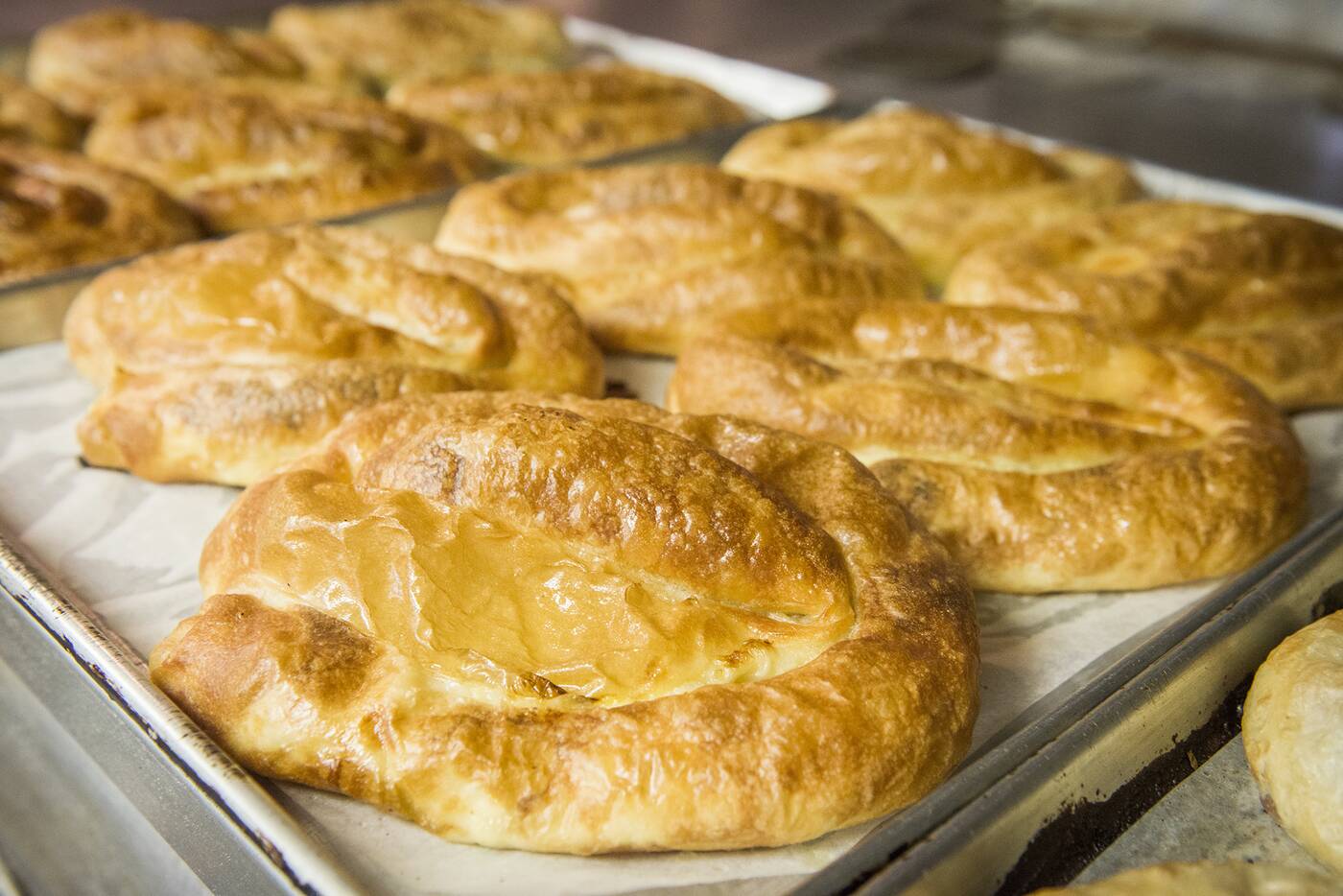 Their burek ($7/piece) is renowned in the city, coils of incredibly airy pastry filled with cheese, meat, spinach, potato, or meat and potato. 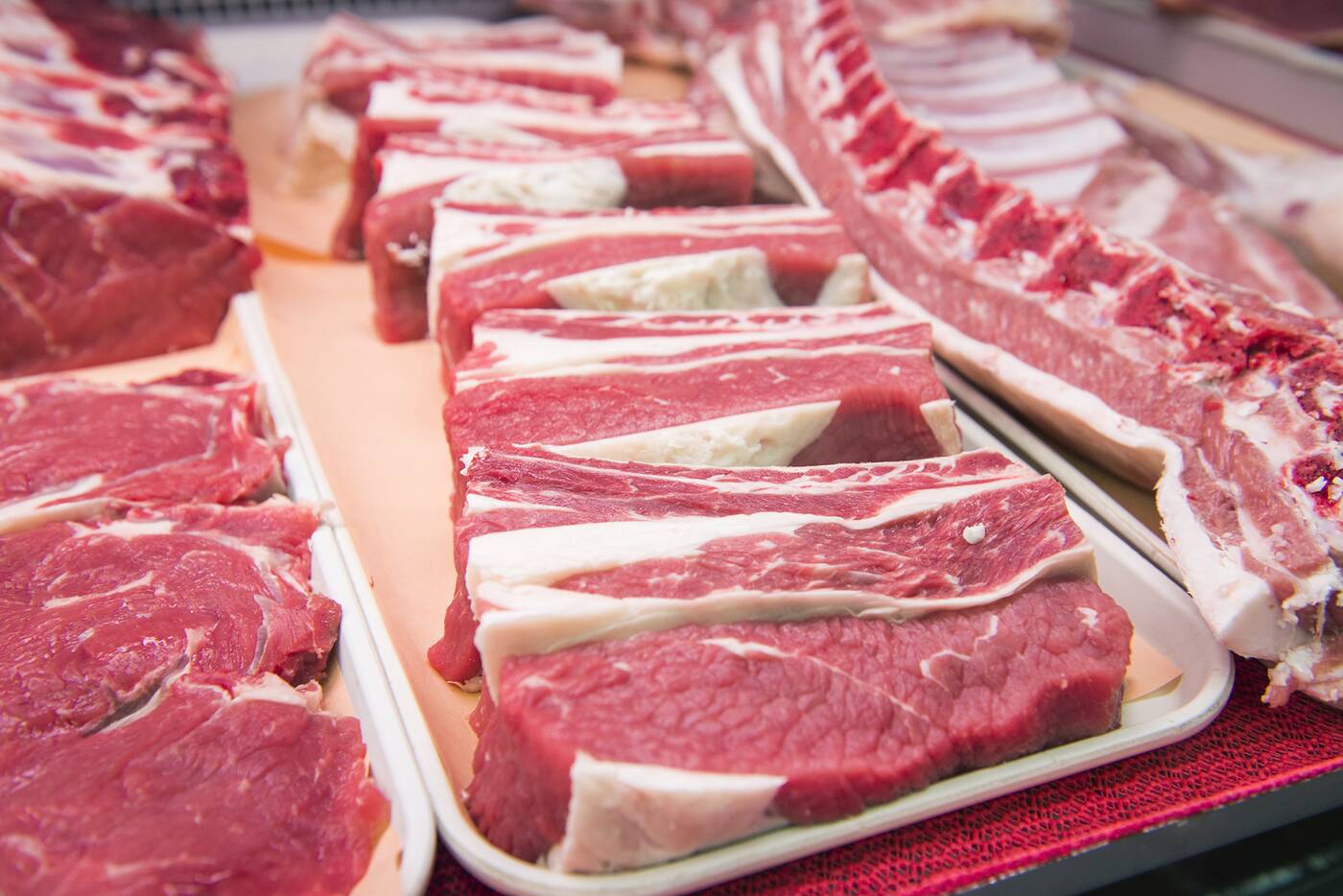 Local Ontario meats are delivered fresh four times a week. Baking and meat production are on an even keel here: they’re equally famous for their dry-cured and smoked beef cuts and beef sausage ($26/kg). Smoked dry sheep lies atop the counter ($45/kg). 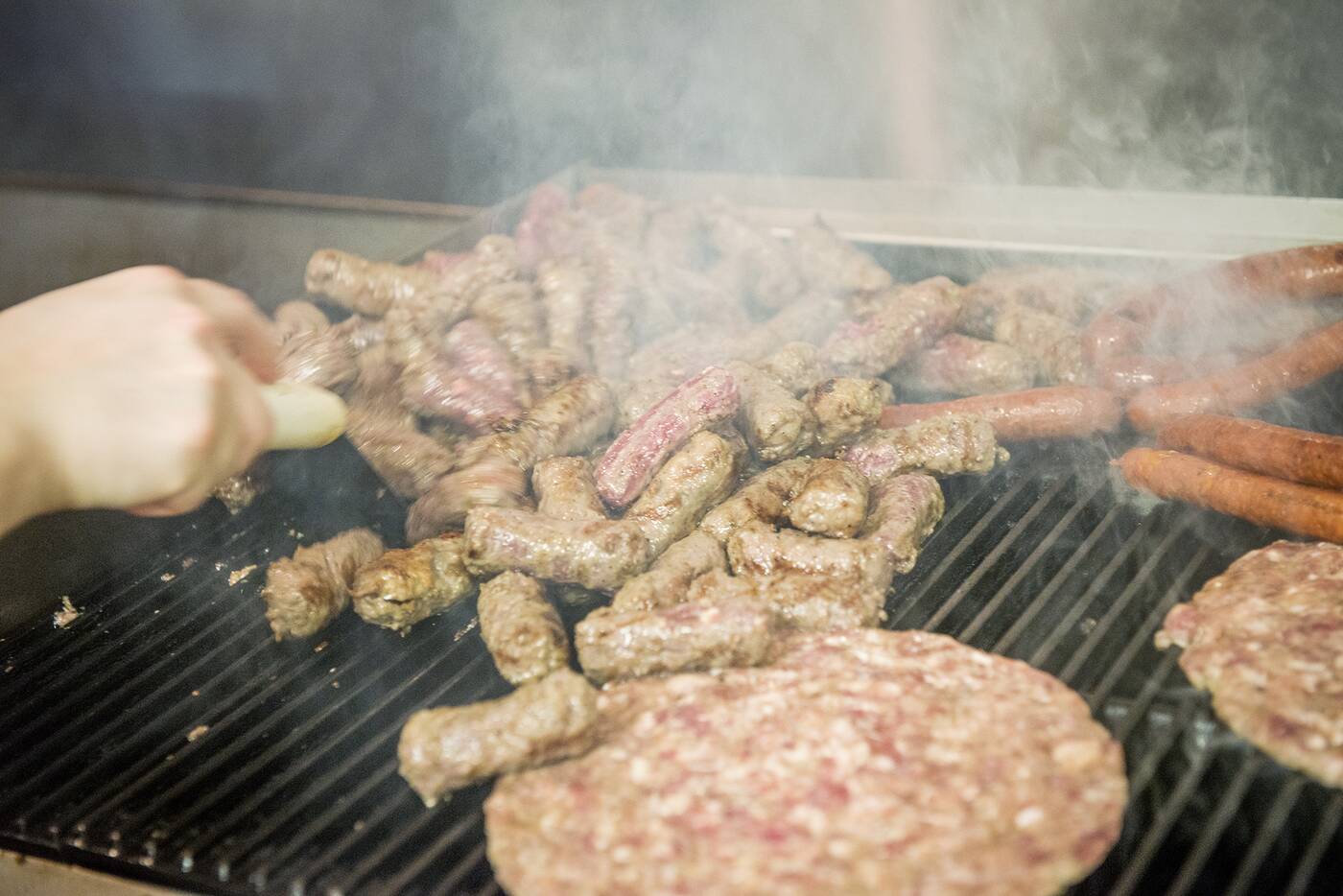 To figure out the origin of some of those aromas, we take up residence at a corner table in the back of the restaurant. We’re brought a stunning mixed grill platter for just twenty bucks with three of their signature Sarajevo-style burgers, veal sausages, and the smoky, mouthwatering cevapi: minced beef and lamb rolled into small cylinders. 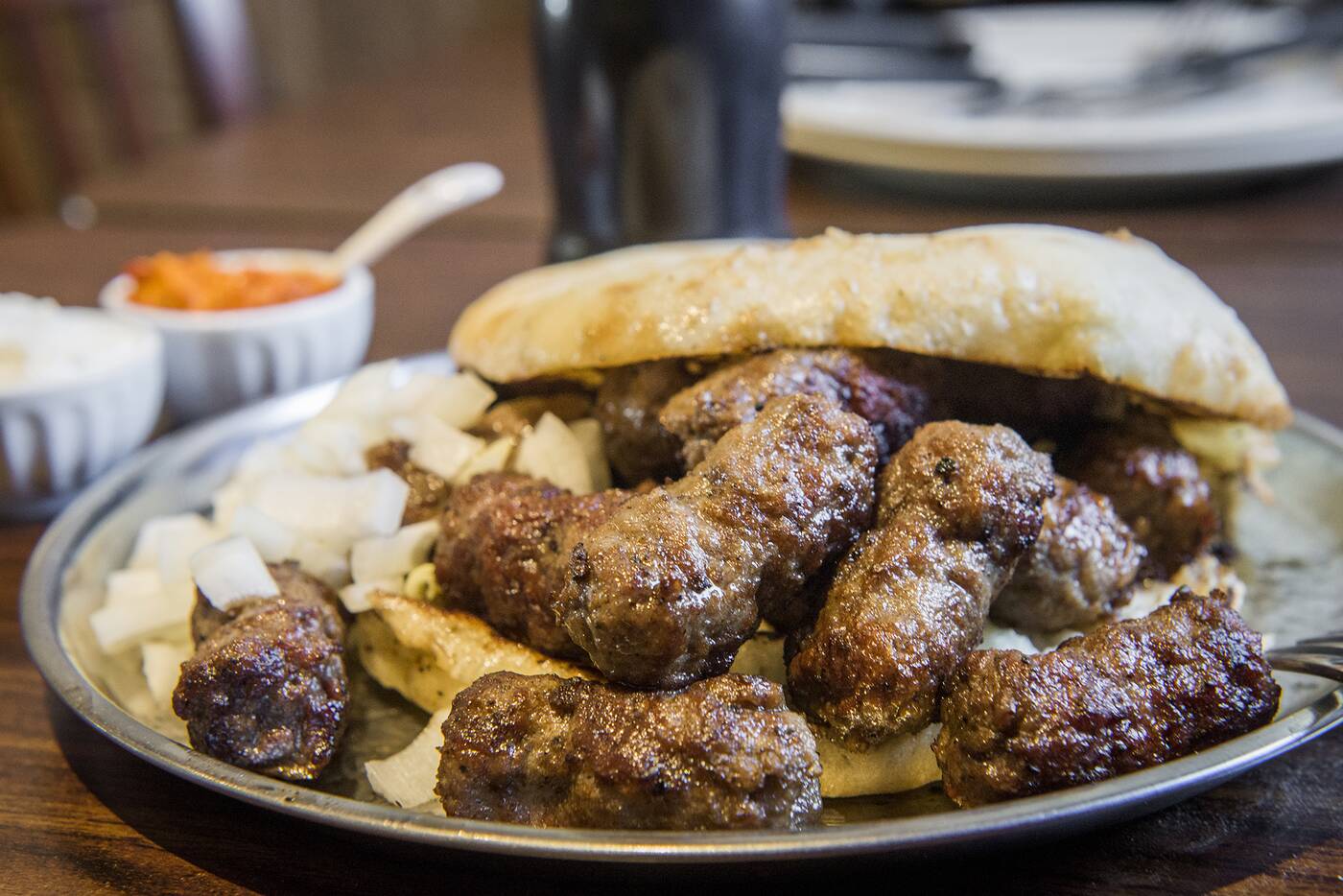 An order of cevapi with a bun is ten bucks, and though that might seem substantial for just the cevapi, it’s a hearty meal. This cuisine reminds me a little of Greek food with the raw onions combined with the smoky meat and fresh bread, and it’s accompanied by a kind of cheese spread and ajvar, a roasted red pepper paste. Combine all, and be satisfied. 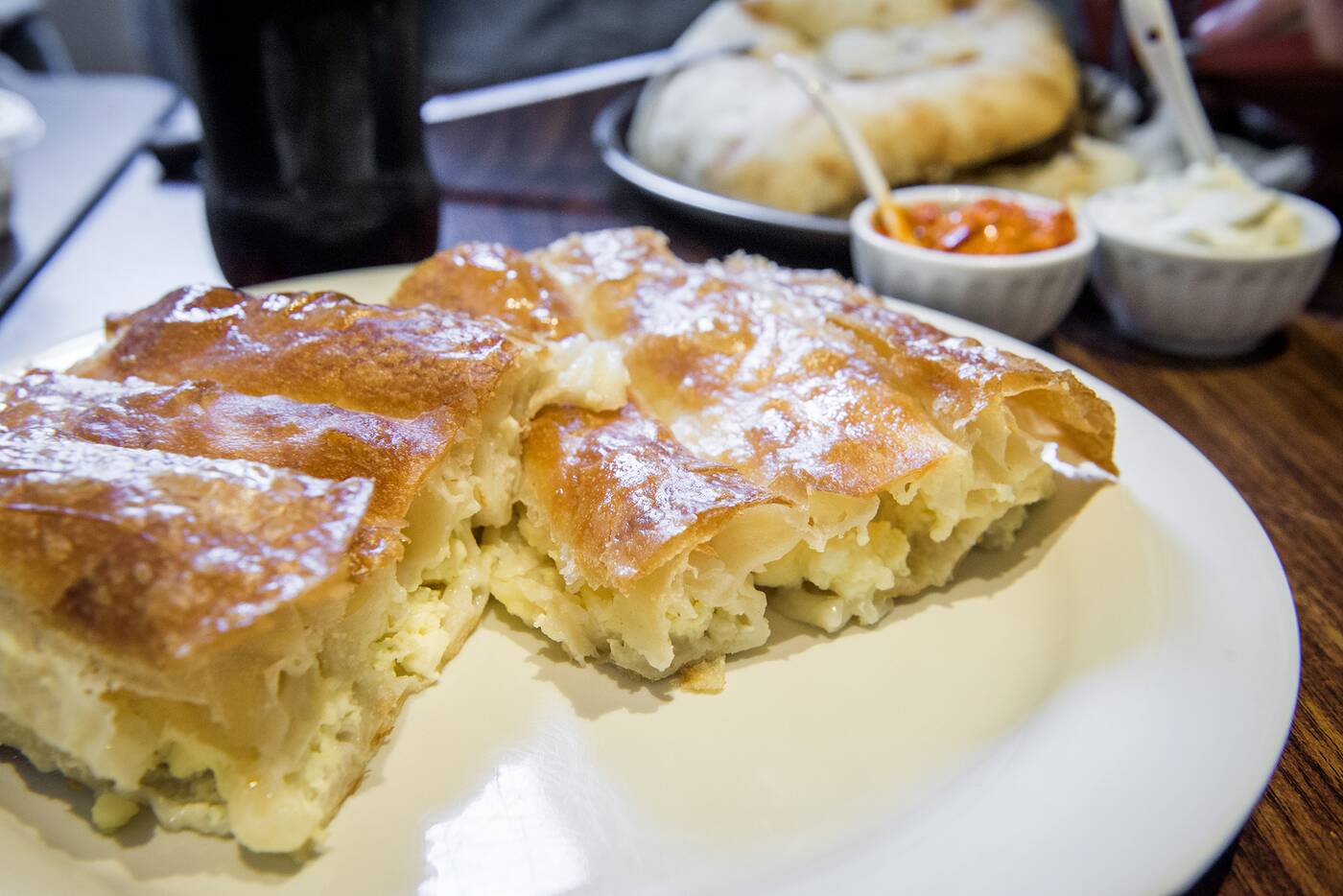 We try a flaky piece of burek too, and it’s oily without being too greasy and filled with a creamy, savoury combination of feta and cottage cheese. 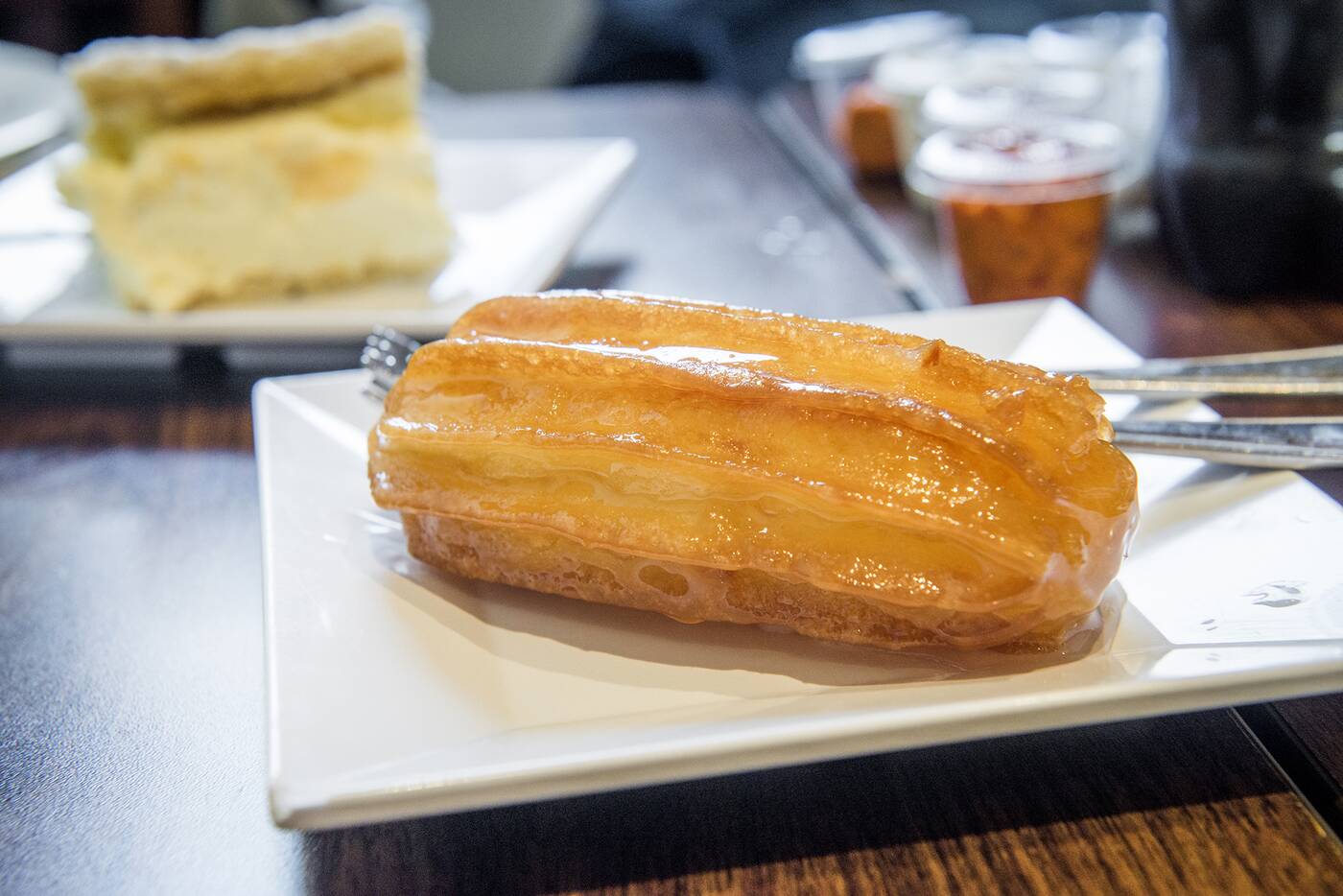 Finish up with some house-baked desserts like tulumba, which kind of looks like a Bosnian twinky and tastes a little like it too, if not for the lemony flavour. Also try krempita, layers of puff pastry filled with a custard cream and laden with powdered sugar. 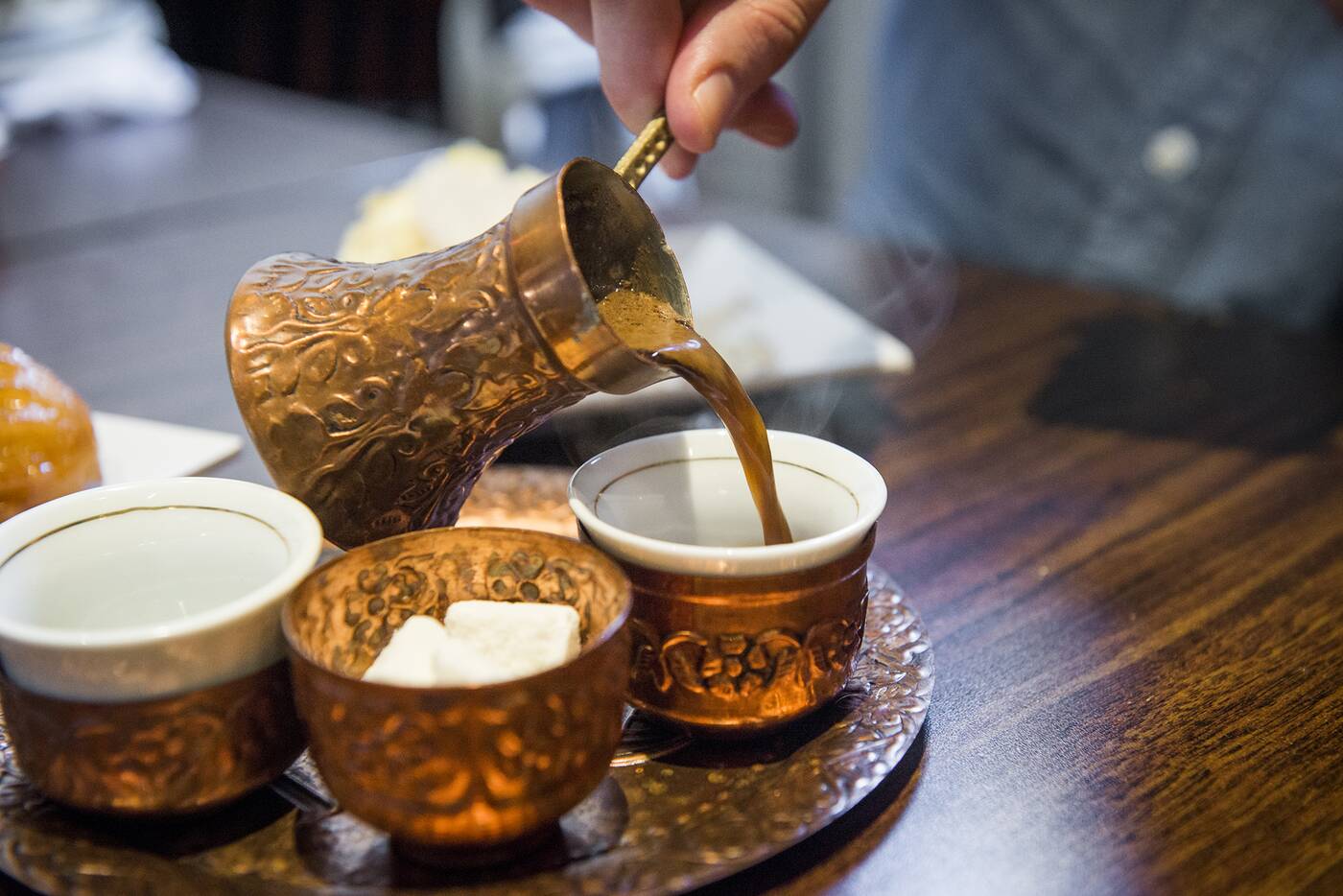 You’ll be sleepy after all that rich food, so finish up with Bosnian coffee, served in traditional vessels. 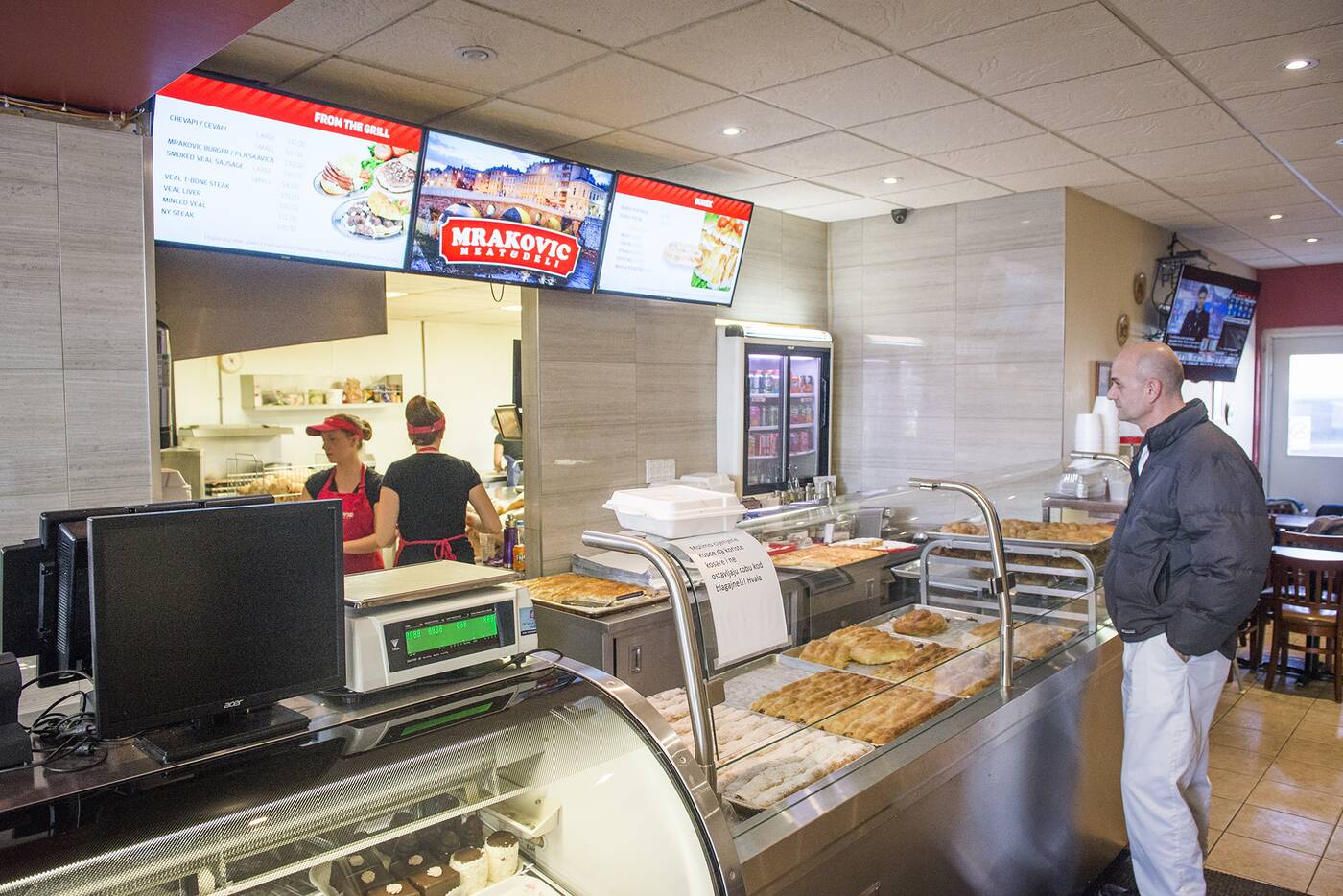 Come for a new experience or taste of home. 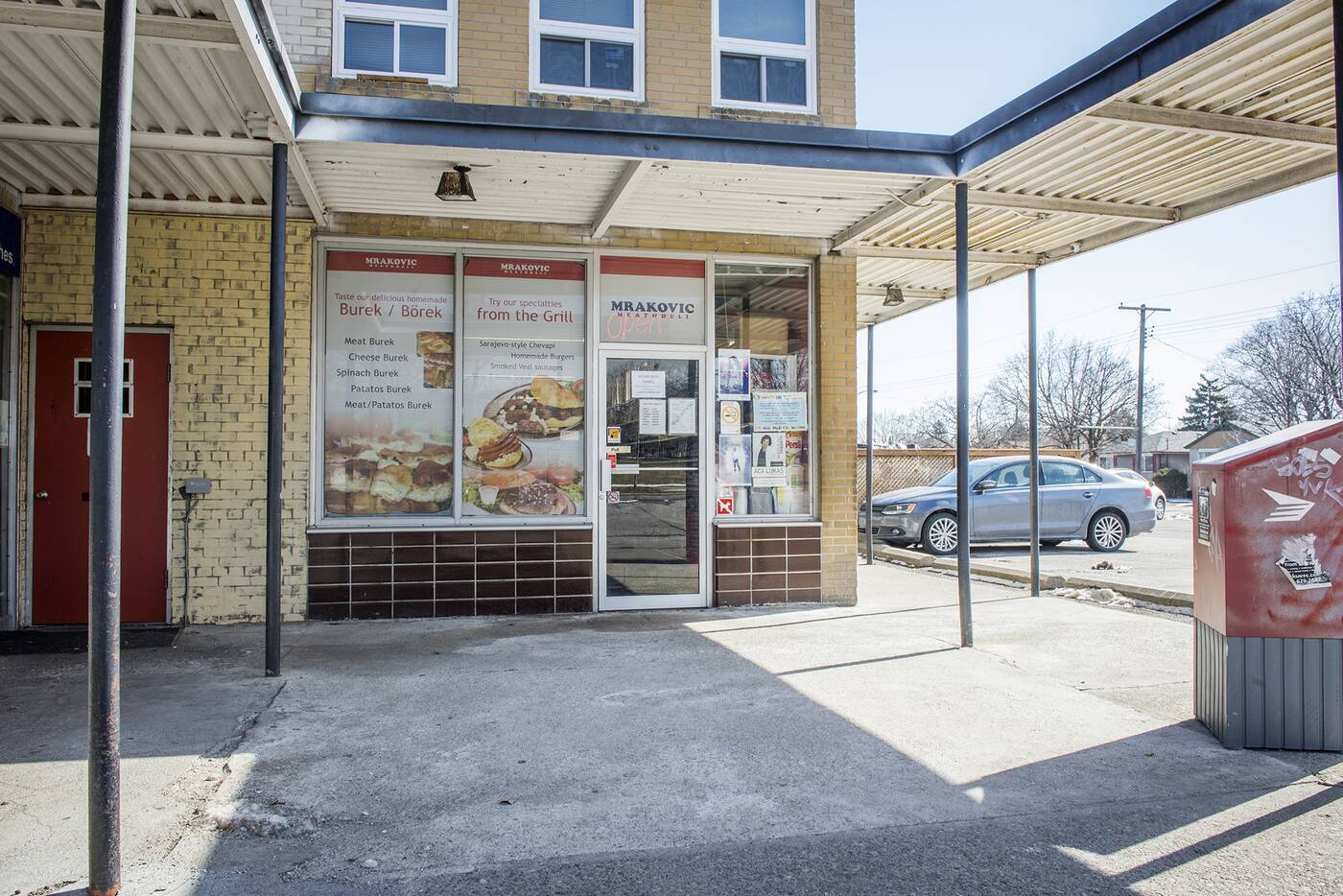