Ultimate Martial Arts, with a number of locations around Toronto and the GTA, is a great place to visit when you really want to work on your martial arts technique in an intimate and welcoming environment. The chain's locations, which scatter from Brampton and Scarborough to North York and Vaughan, focus mainly on MMA and Muay Thai training.

I recently visited their Davisville location (on Eglinton just west of Yonge) to try my hand at a co-ed Muay Thai class. Pretty much all the classes at this location are Muay Thai based, with two different levels of expertise, as well as cardio and conditioning-based offerings. 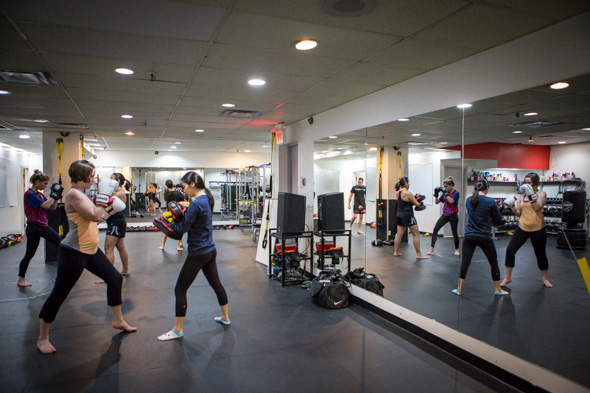 As a newbie to the world of martial arts, I'll admit I was a wee bit nervous about what to expect. And while I frequent the gym on a regular basis, I tend to stay away from classes as I can sometimes find them intimidating or even ineffective. But as soon as I entered Ultimate Martial Arts, I was quickly put at ease. 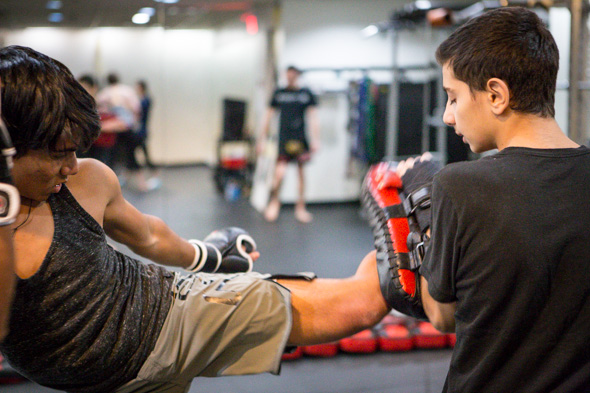 Dallis Pinch, who owns the location with his brother Brandon, was there to welcome me and ask me about my previous MMA experience (zilch). Both Dallis and Brandon have been training and competing with Ultimate for over ten years now, so they're both well-equipped to run the training sessions. I asked Pinch what he thought set Ultimate apart from other martial arts facilities; he said it was the one-on-one training they offer, even a the class setting. Once class started, I totally understood what he meant. 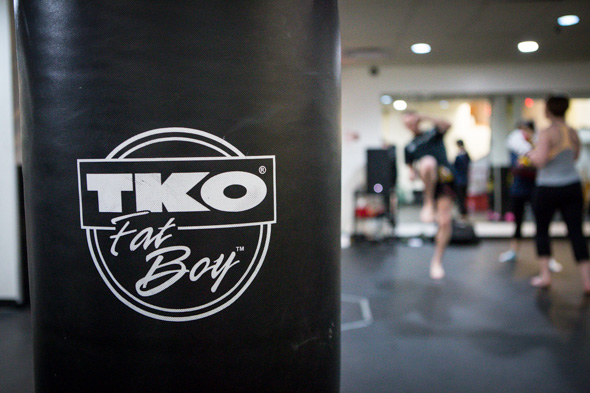 The Monday night co-ed class consisted of about a dozen students. Men outnumbered the women that night, but Dallis told me it was usually roughly 50/50. While the room was fairly small, it never felt cramped or uncomfortable - nobody was getting all up in my space. We partnered up and Dallis handed me a pair of gloves - I'll admit, I put them on and felt totally badass and ready to throw down. 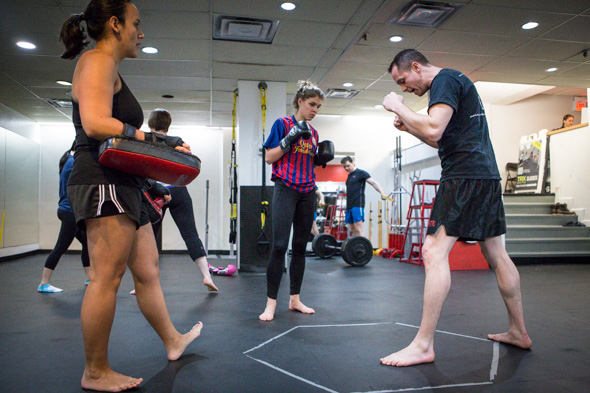 While we warmed up, he came over to show me how to correctly stand and where to put my hands - always right up against your chin, 'cause you obviously want to protect the moneymaker. As Dallis said, it's easier to learn it right the first time, than to go back and re-learn it later. 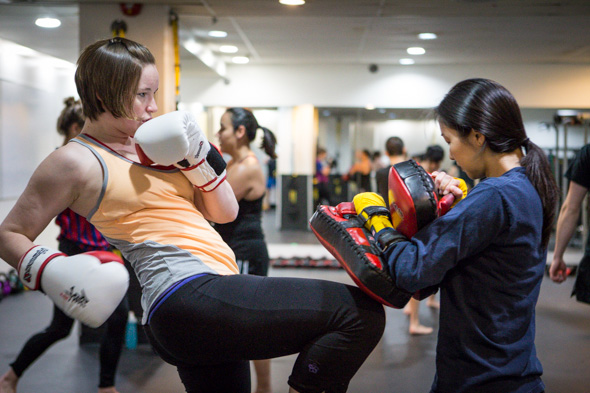 By the easy conversation and fun banter he had with the rest of my classmates, I could tell they were regulars (always a good sign when people keep coming back for more!) and he knew everyone by name. He split the class into two, those who had obviously been there before, and a couple of the beginners like myself. The regulars were shown some more advanced techniques to practice, while I got the basics (not that I minded as my first few kicks had me losing my balance all over the place). 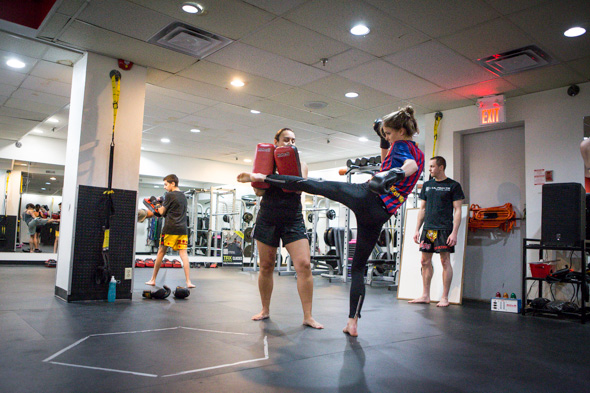 As an instructor, Dallis was encouraging and attentive, but not so intimidating that if I had to stop to take a breath, there wasn't going to be a big scary man yelling in my face. He continuously made the rounds, stopping at each group to give pointers or correct bad form. Between sets of striking and kicking, he had us doing pushups, mountain climbers, the longest plank of my life, and an abundance of squats (the burn was real). Most important of all, though, the class felt fun. I wasn't constantly checking the time in hopes that the class was almost over - in fact, I could have gone longer. 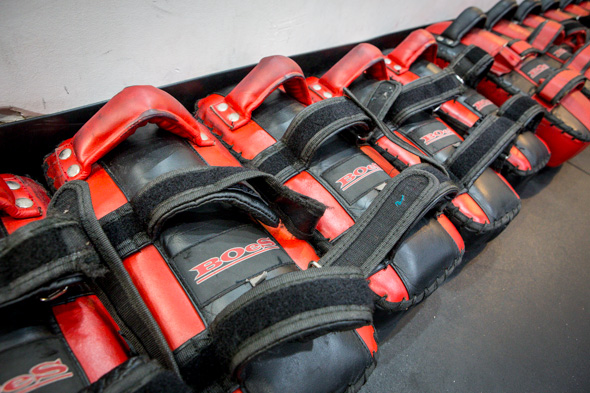 For $59 a month you can drop in on any class you want. They don't have an individual class drop-in price, but with the reasonable (and comparatively cheap to other MMA facilities around the city) monthly membership - not to mention the fun and engaging classes - you'll definitely want to attend more than just a few of these sessions per month. 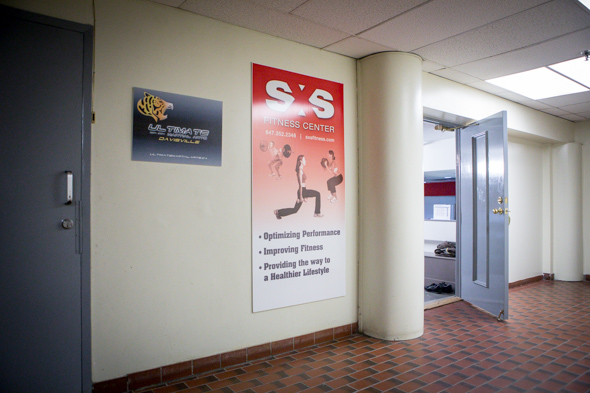 I may have hit myself in the face more than once with the pads (hey, you really have to brace yourself for those oncoming kicks) and the next day my arms were pleasantly sore (okay, I just lied about the pleasantly part), but I definitely left Ultimate that much tougher, with a newfound fondness for martial arts. 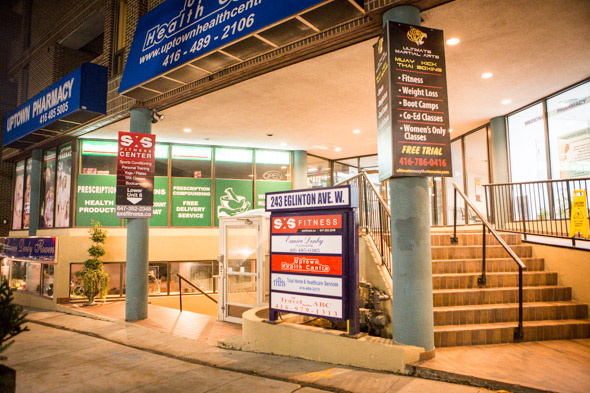