Elite Martial Arts knows how to train you in the art of self-defence. Just ask head trainer and owner, Dan Novak.

He spent 15 years as a Peace Officer in the corrections system, working in some of the city’s toughest prisons before rising to the challenge and becoming a certified First Degree Black Belt instructor. 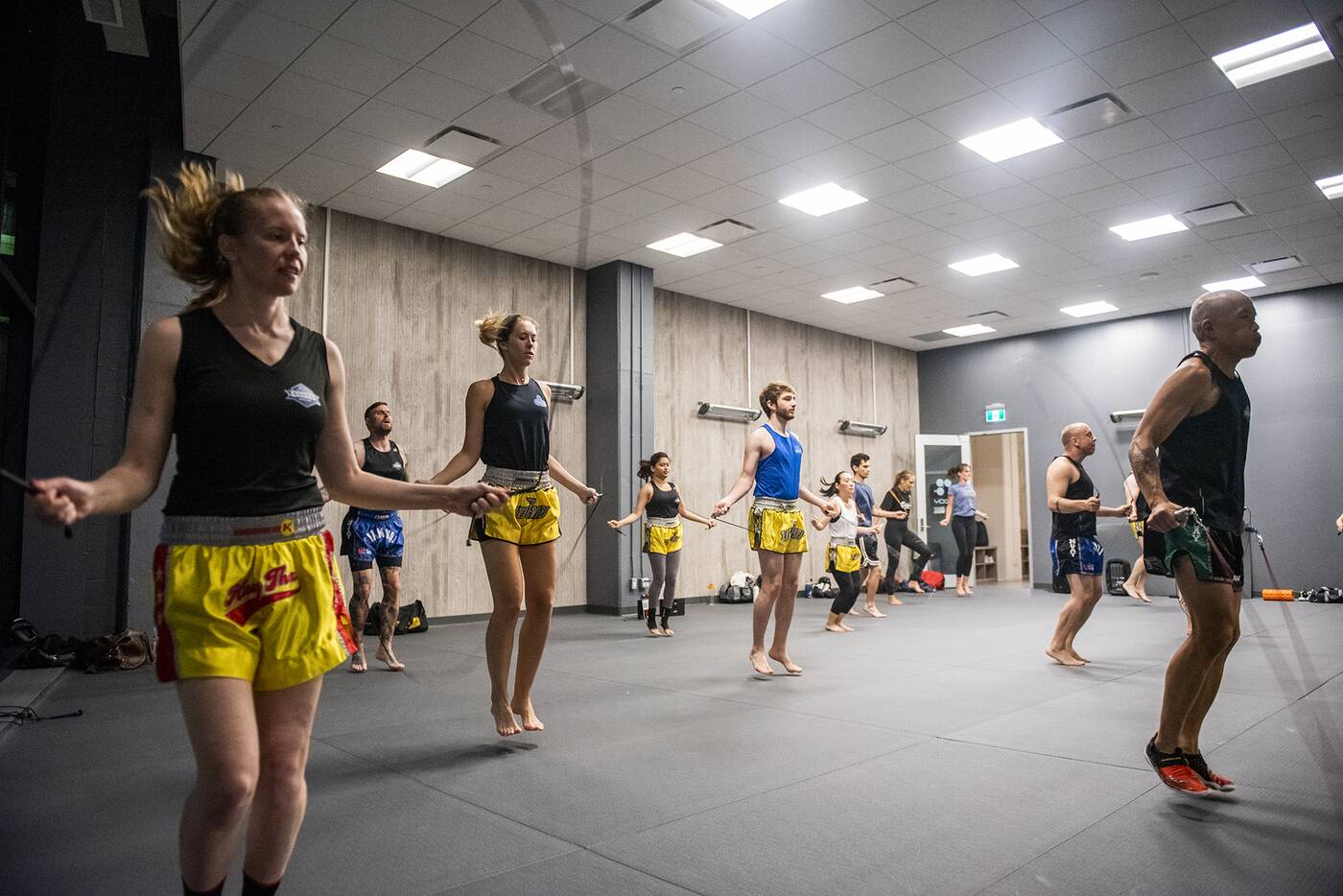 He now teaches his elite martial arts skills to more than 200 students at one of the three EMA locations; Mississauga, North York, and Toronto.

The Toronto studio is located inside a Pure Fitness gym near Queen’s Quay. Tucked away in one of the gym’s spaces is Novak’s private studio, where students learn hardcore self-defence techniques. 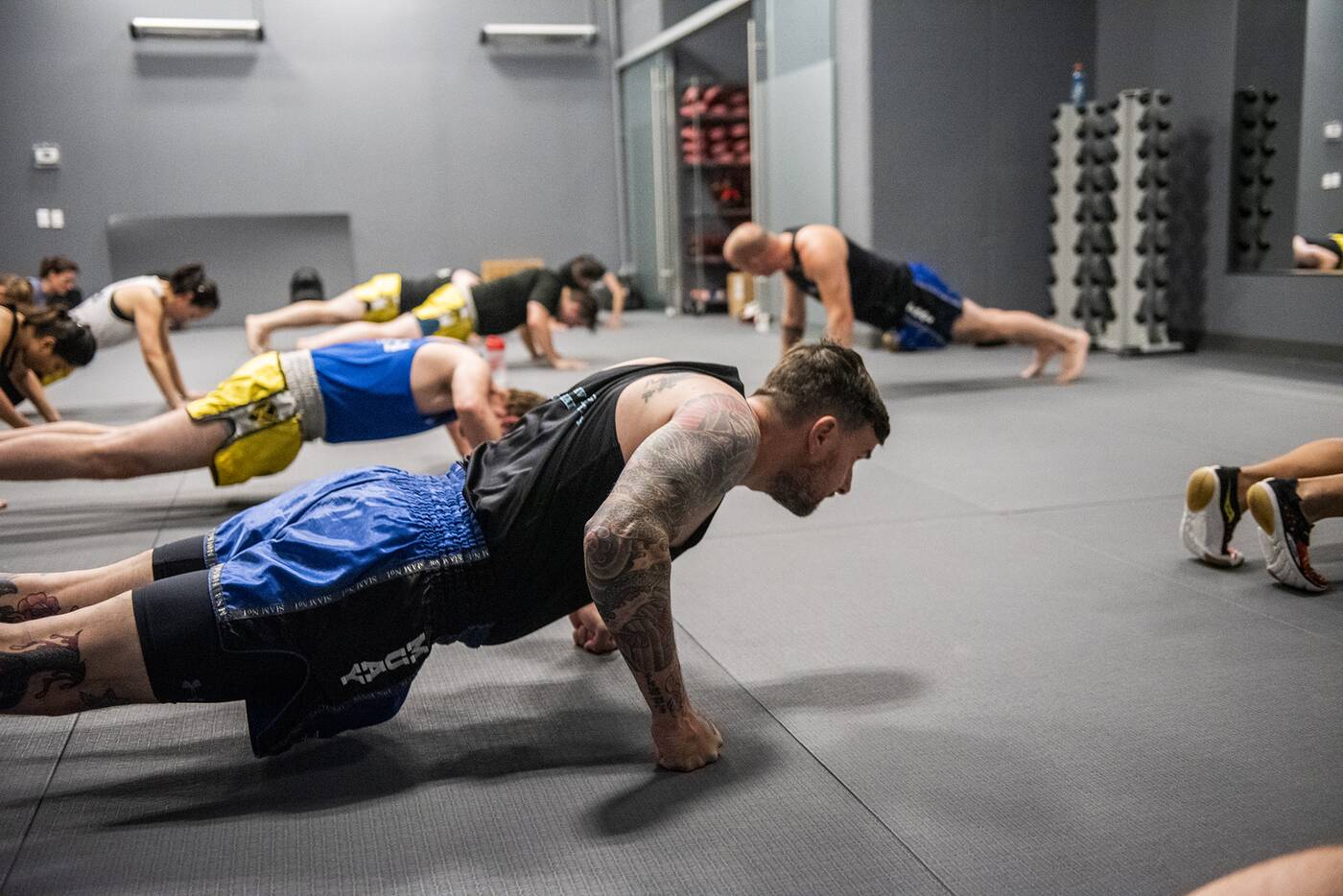 EMA combines self defence like Krav Maga with traditional martial arts like Muay Thai and focuses on doing those things really, really well. 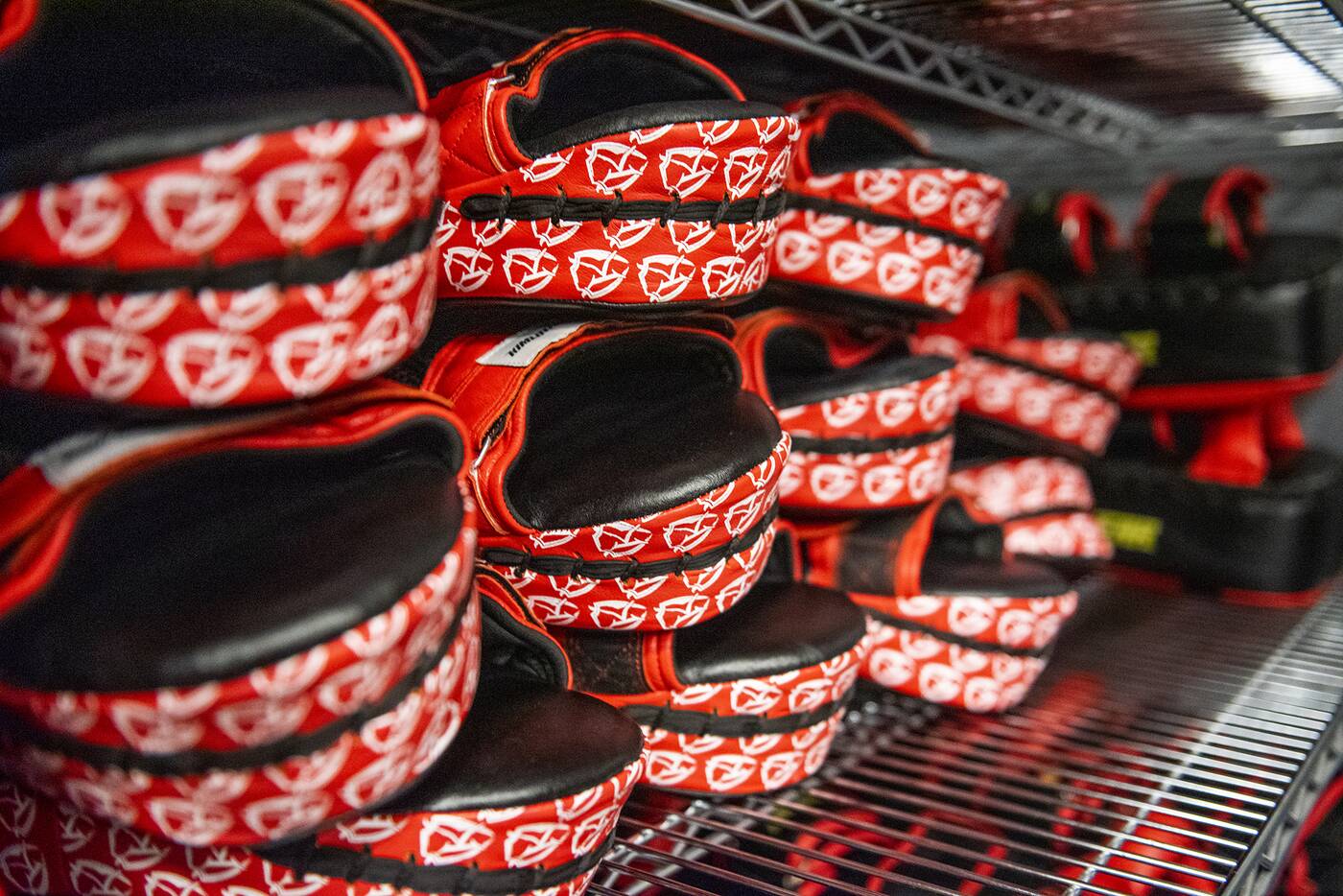 Krav Maga is the self defence system used by the Israeli army. The method has borrowed from the toughest and best street fighting tactics, and it is no joke. 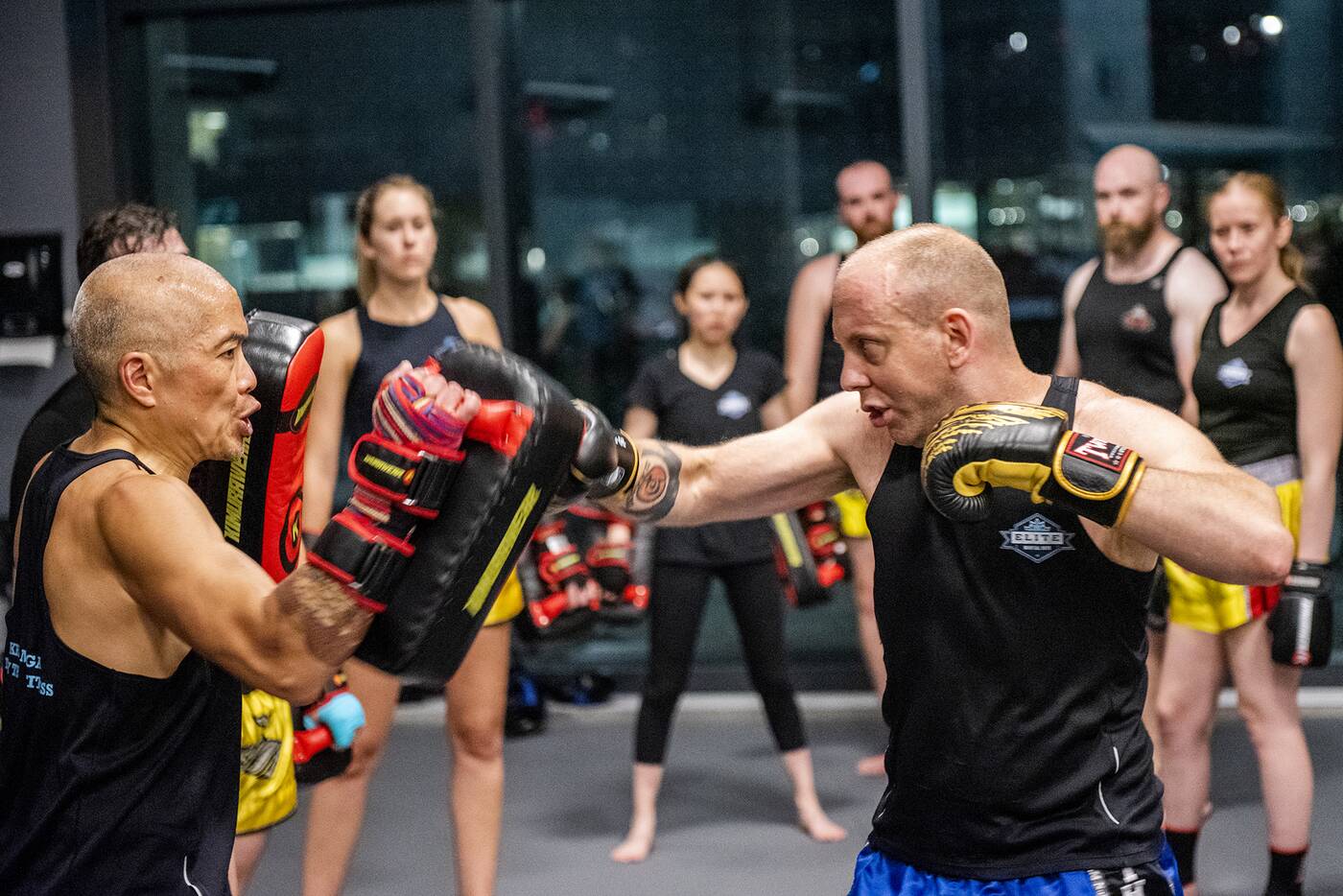 You’re learning choke holds and kicks while assessing people’s weakest spots so you can quickly get out of unsafe situations. The style of Krav Maga uses your body, hands, feet or elbows as the weapon. And, in training, you realize just how powerful you really are. 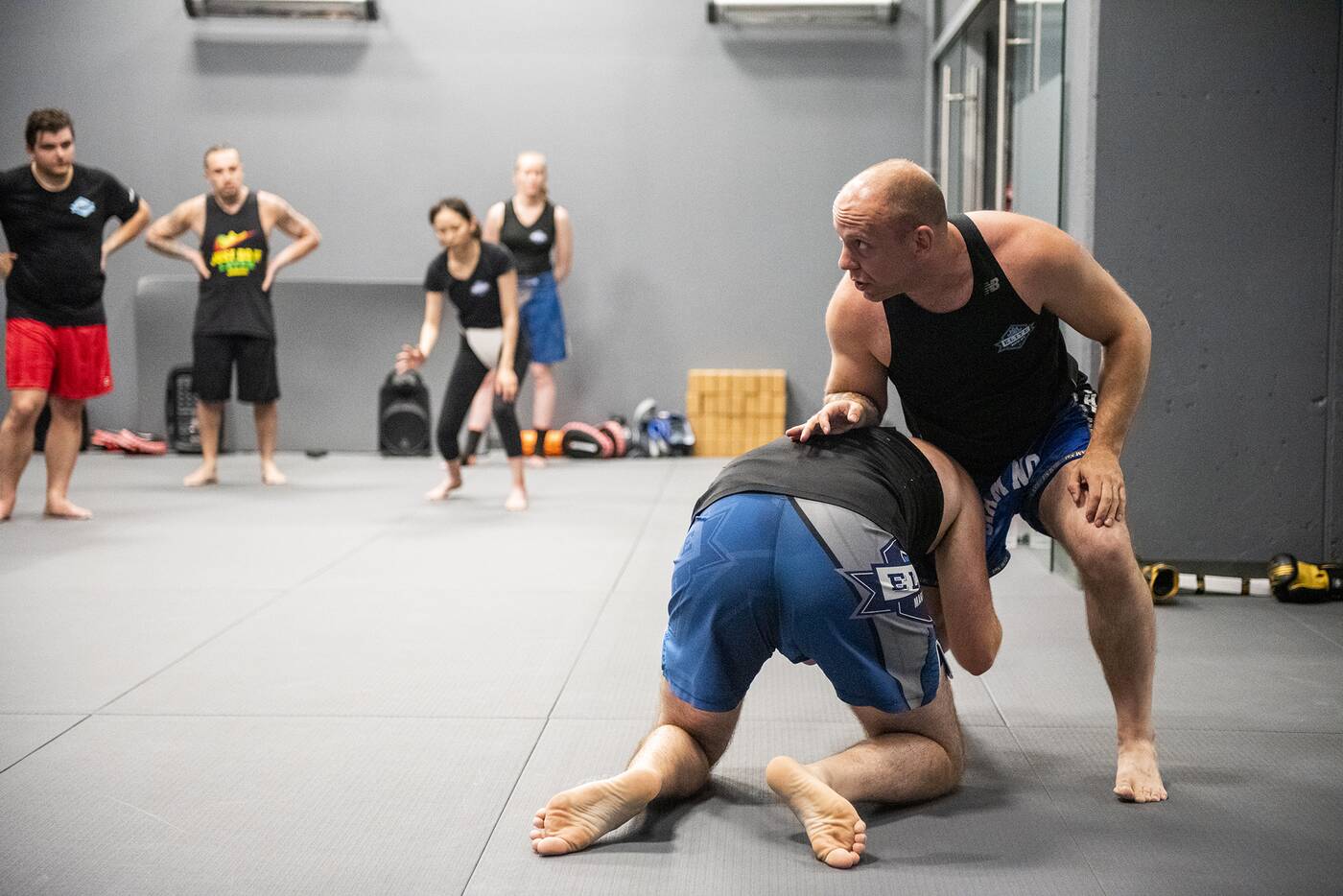 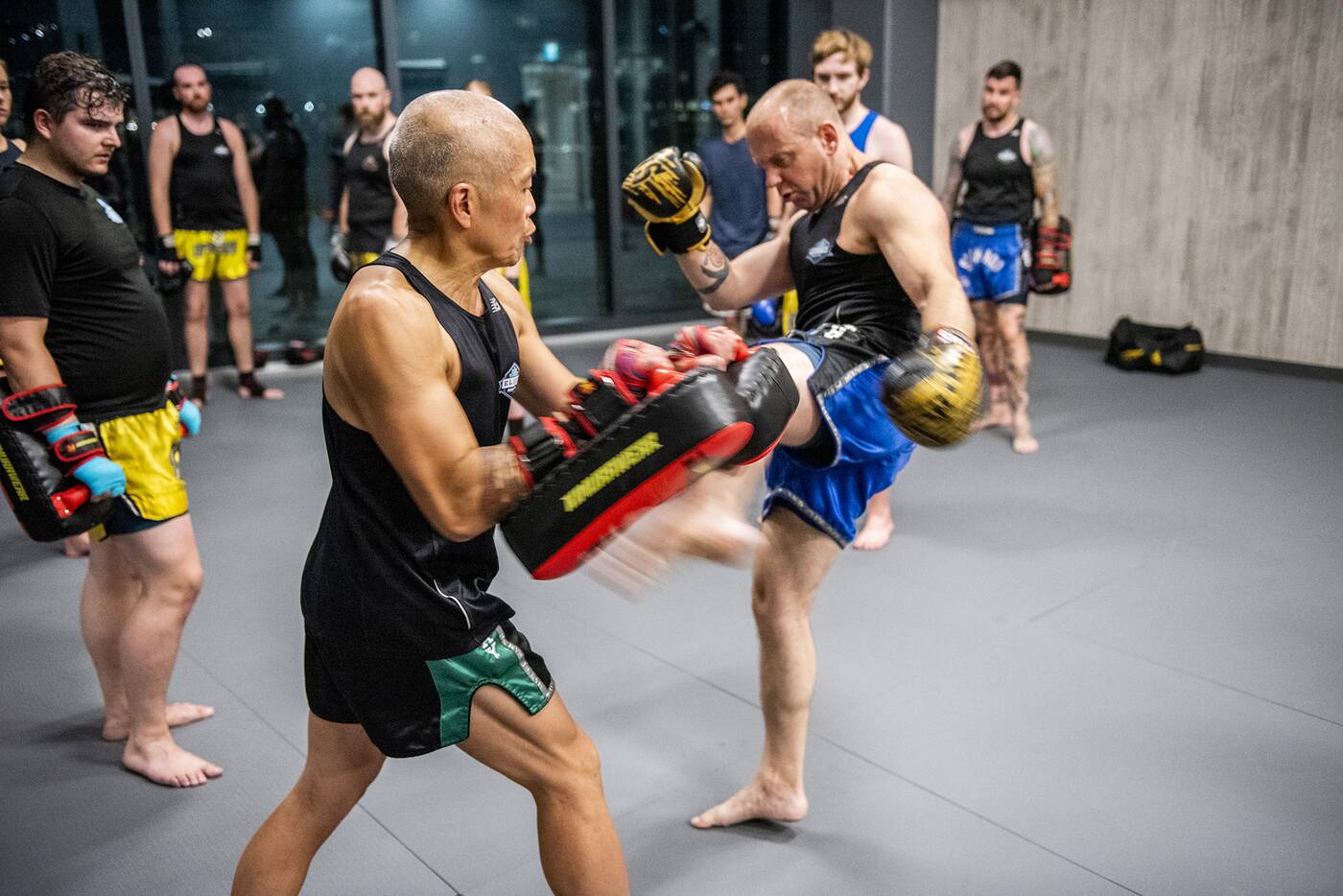 While this type of training may sound difficult, Krav Maga is recommended for all beginners. That’s because a lot of the techniques build on your body’s natural instincts and movement. 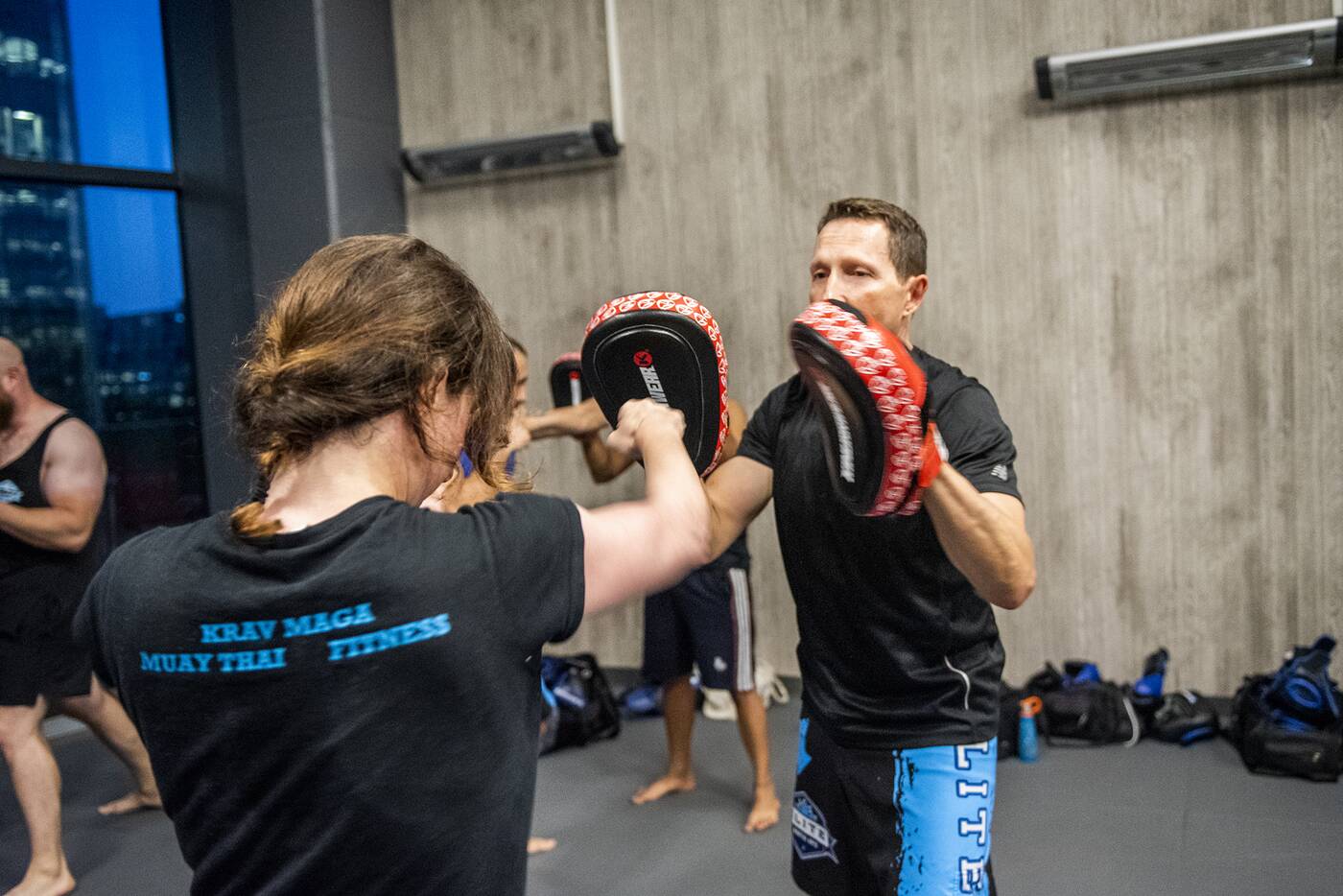 Novak’s approach isn’t just to teach a move, but also explain why it’s necessary. He also shows students where they have a ‘tell,’ the giveaway move that shows what you’re going to do next. Remember, the point of martial arts techniques is to catch an attacker by surprise. 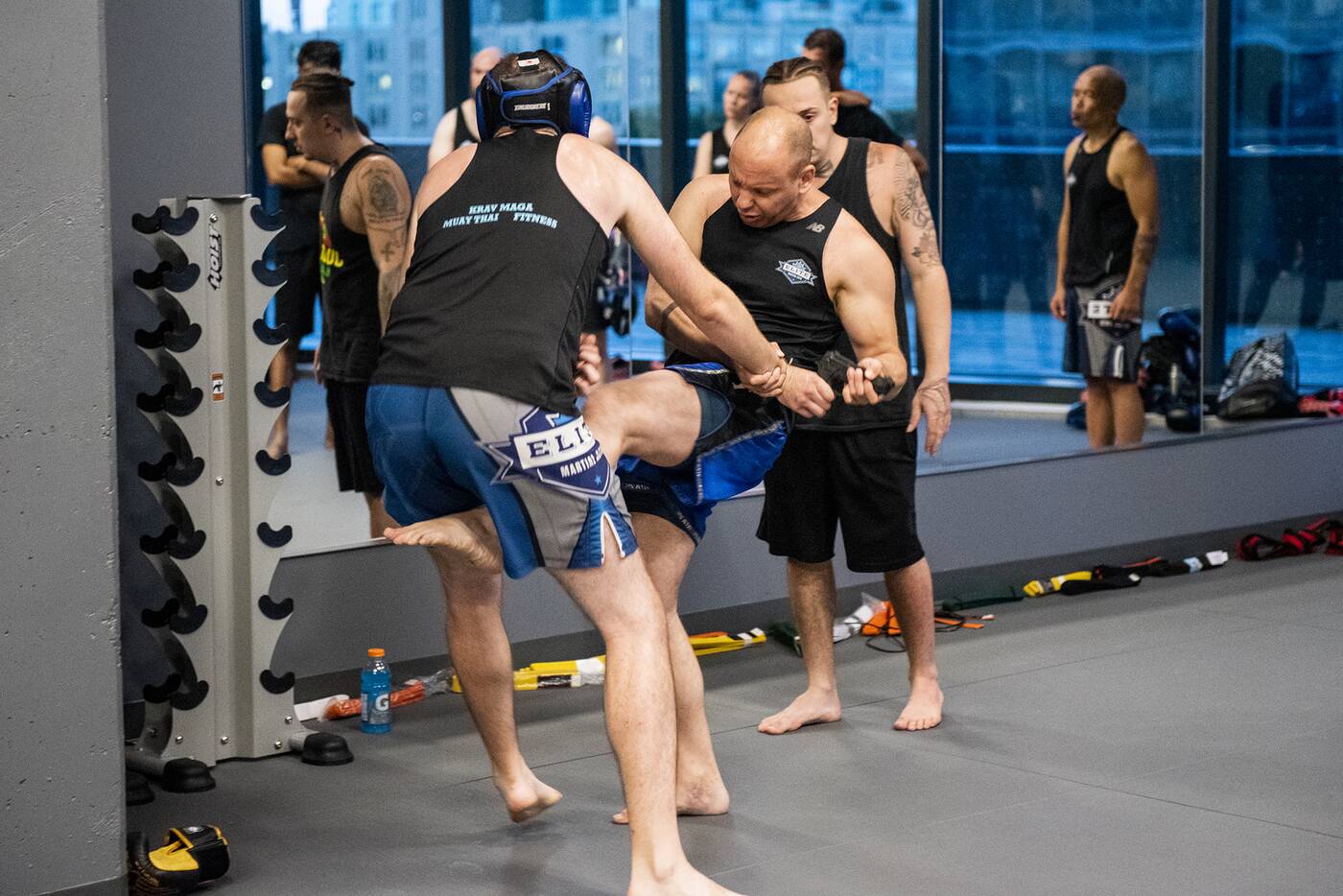 The Muay Thai classes teach traditional Muay Thai techniques under the certification of the Sports Authority of Thailand. It’s part of a small handful of schools that can boast this type of certification. 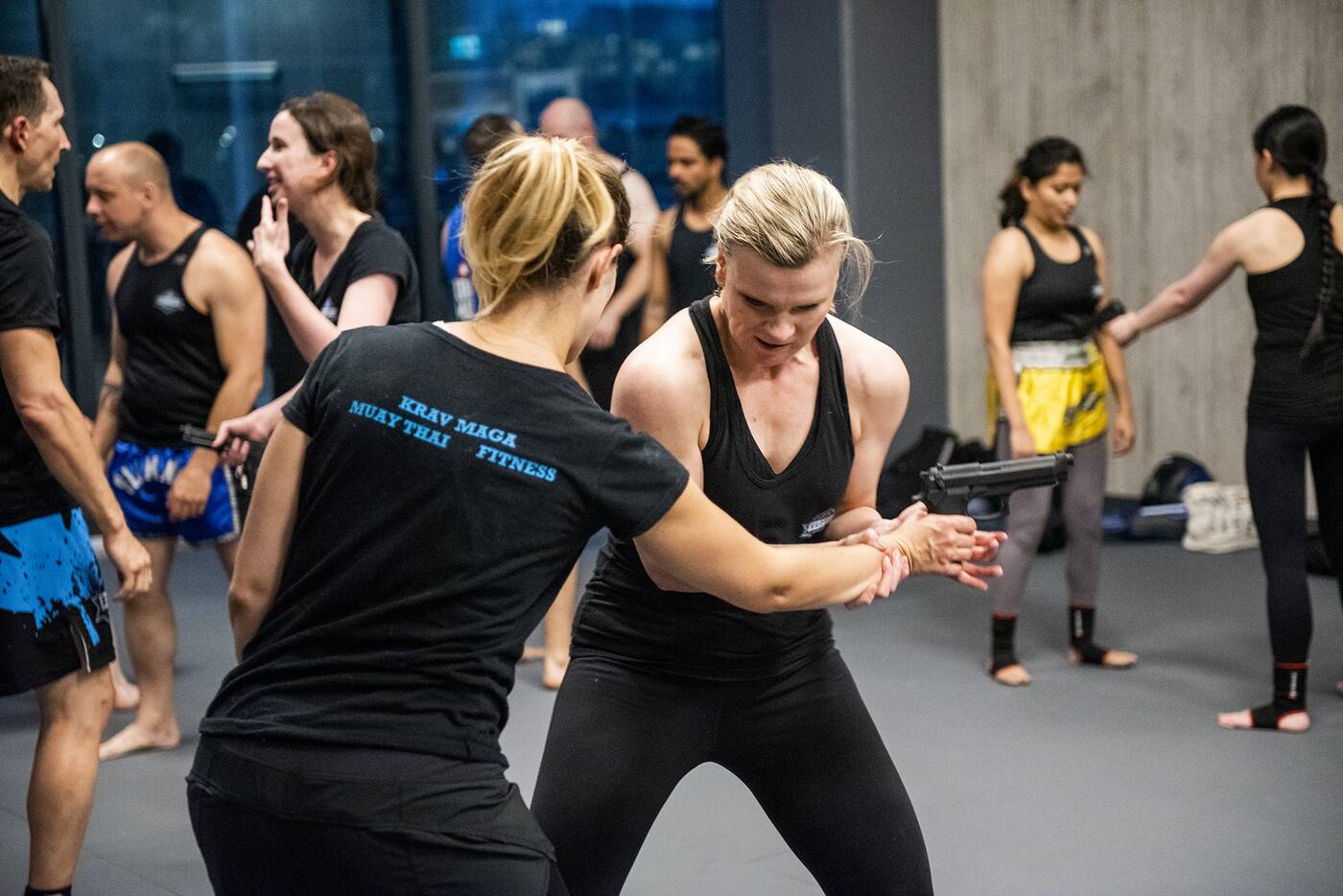 Muay Thai uses a combination of fists, elbows, knees and shins for a range of movement and fighting techniques.

Together, Novak and I went through a round of self-defence methods, and I was sad to learn just how vulnerable I was and how little I know about how to defend myself. 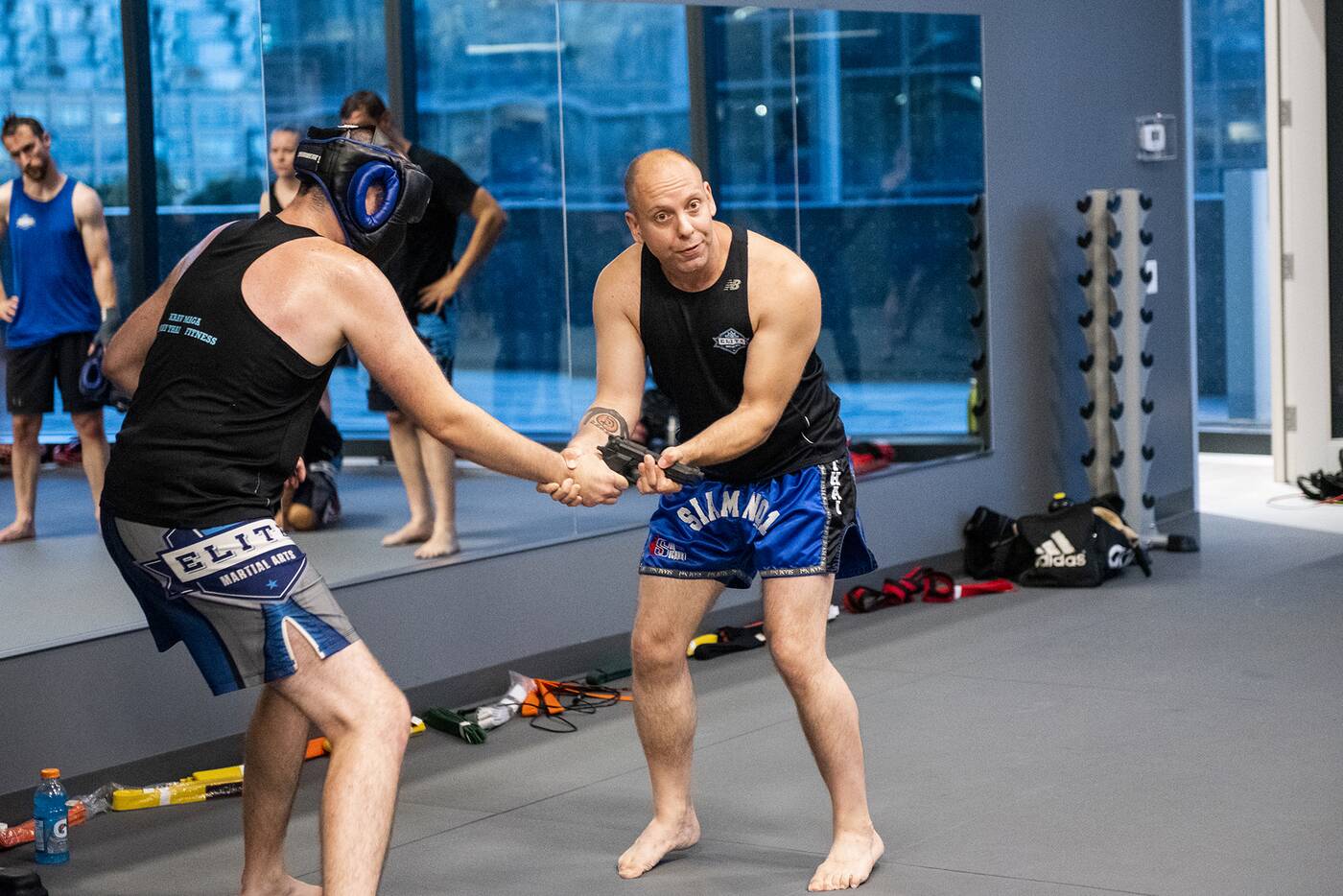 Yet, in the short amount of time we had together, I learned intense new moves that were easy to understand and memorable to execute. 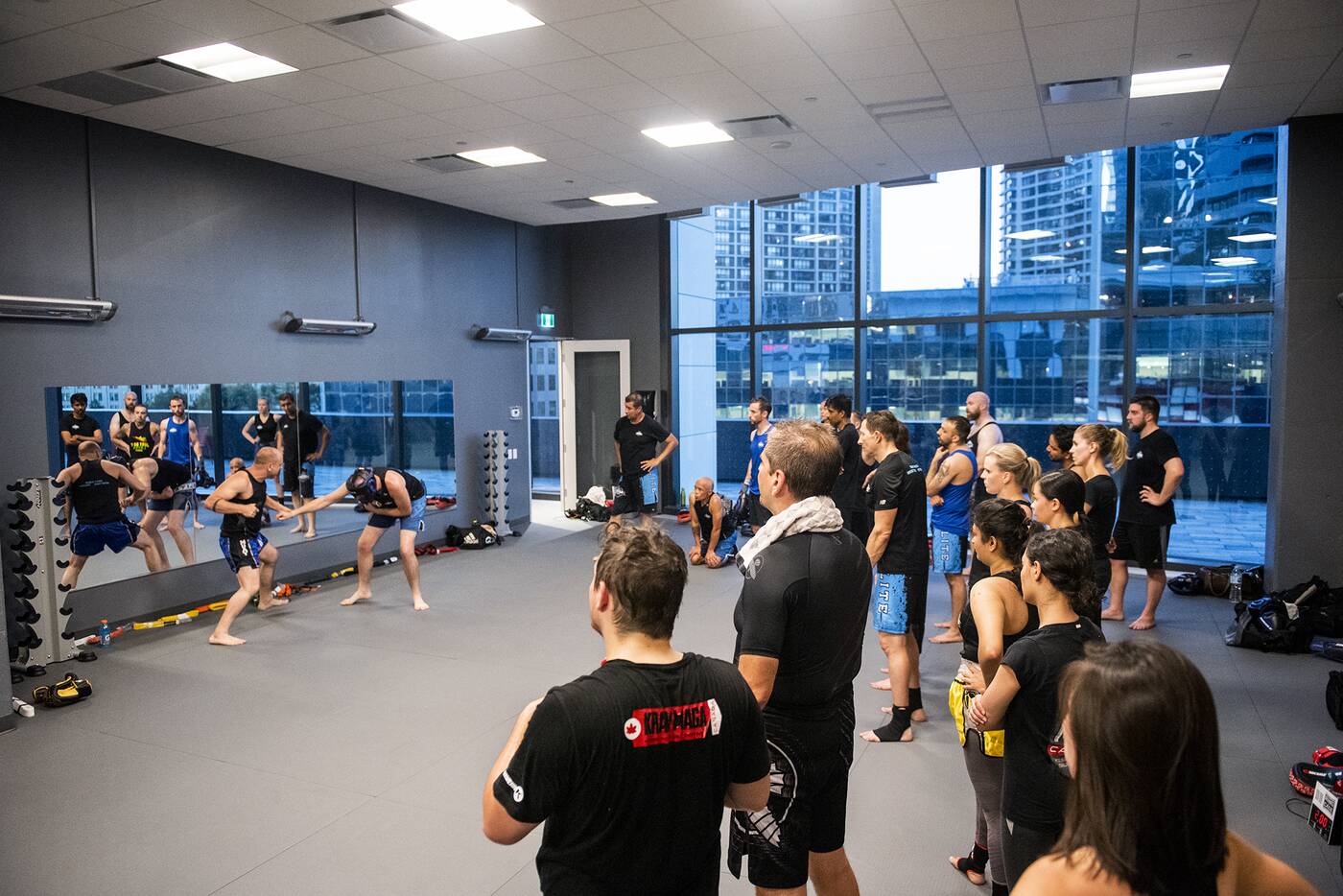 Learning to identify people’s weak spots was easier than I thought. Learning self defence is one of the most empowering things you can do for yourself. 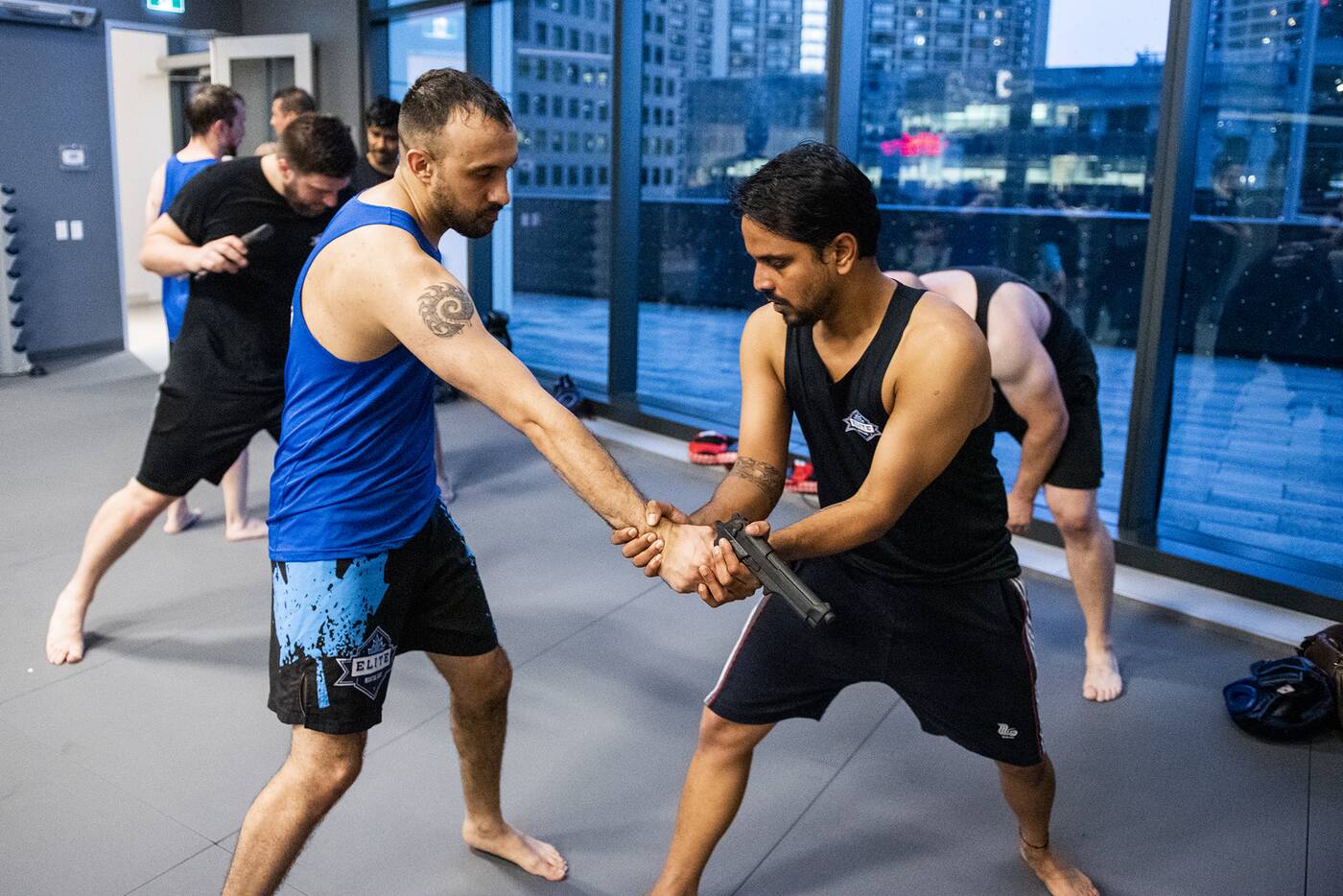 Martial arts training equalizes a situation so that anyone, no matter how big or small they are, has the strength and knowledge to fight.

The techniques taught in the classes help you to be aware of how your body moves, how quickly you respond to movement from an opponent, and where your vulnerabilities lie. 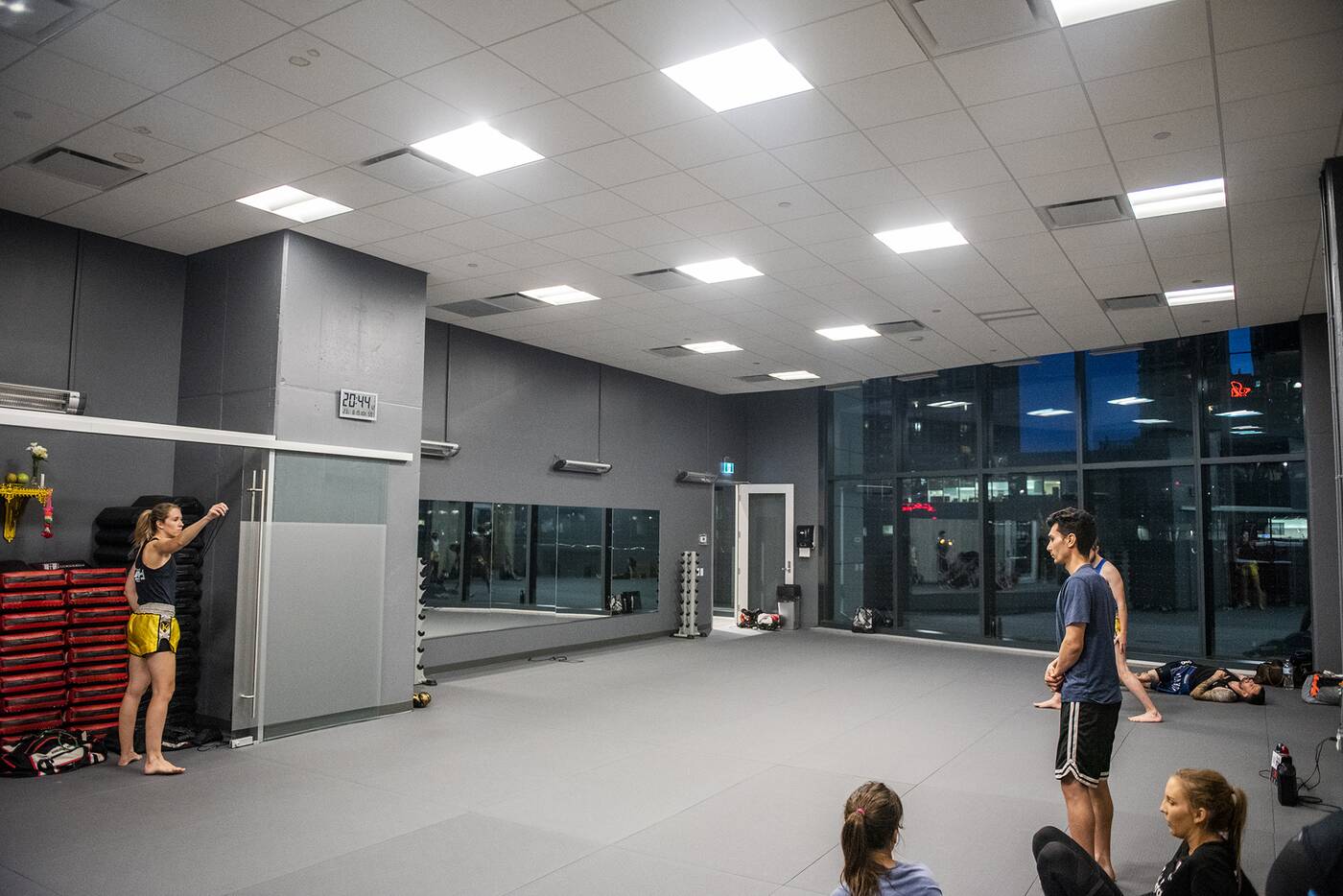 EMA hosts a popular monthly women’s self defence training and elite conditioning workshop which is free to join, and includes a 30-minute workout. The workshop consistently sells out. 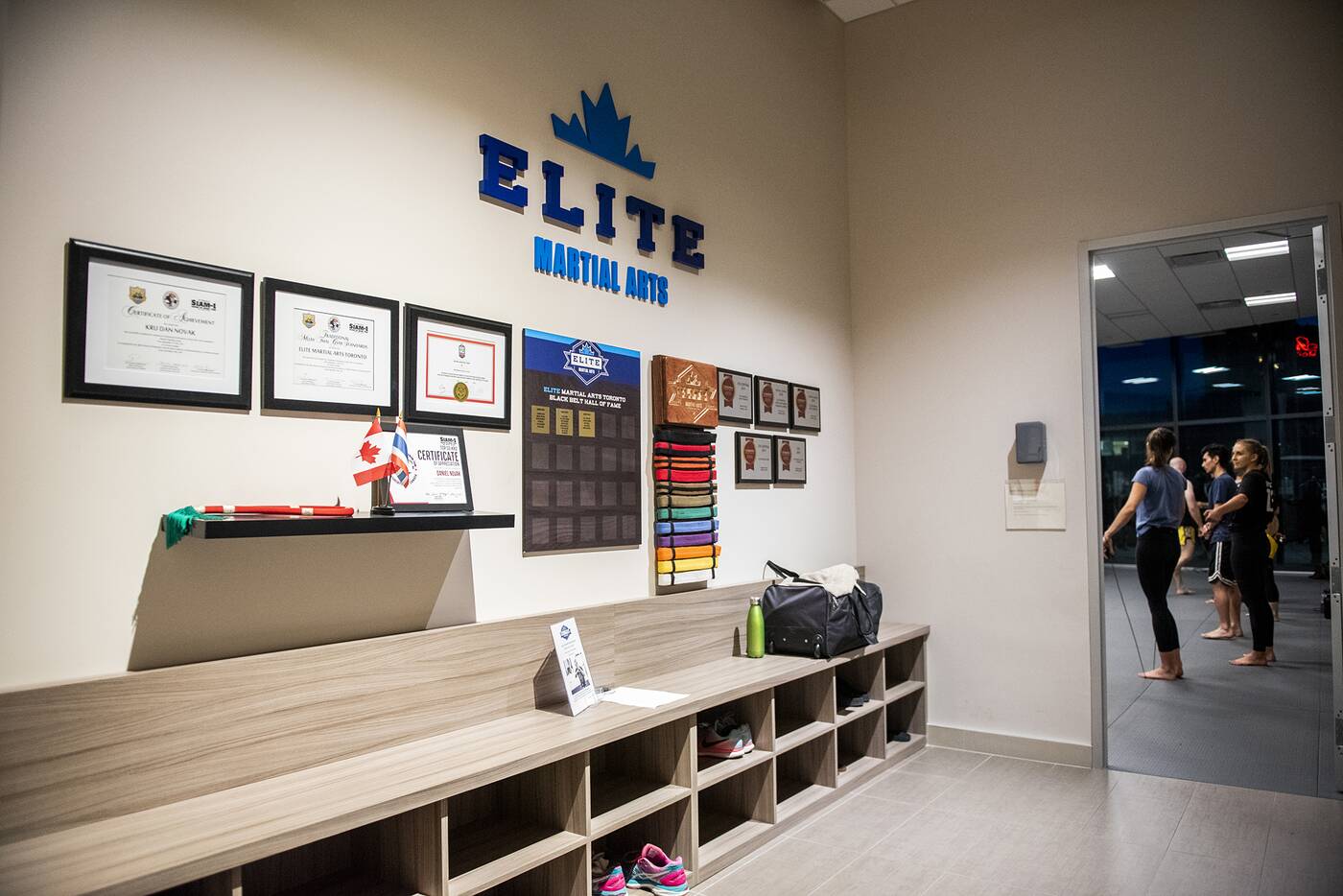