I visited TKTO on a Saturday afternoon during a group booking, ready to live out the fantasy I have whenever someone criticizes my cooking. On the inside, TKTO is a smallish space with a lounge area, 8 lanes for knife throwing, and the enclosed Quick Draw space. 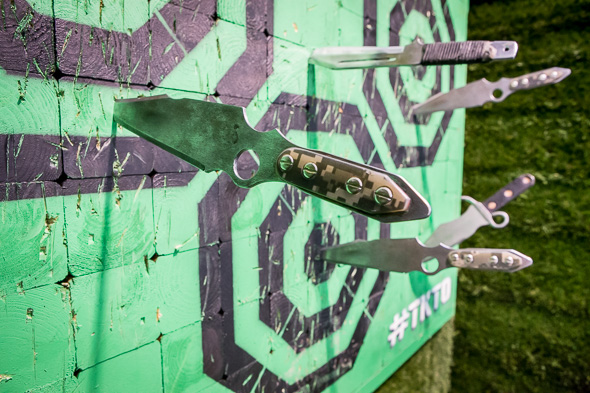 The facility is decorated with imitation grass and wood accents, and there's a leaderboard with the names of throwers in the 100 club (people who have hit a 100 point game). There are tables to bring in your own food and drink (including booze), comfy couches for observers and cool board games for pacifists. 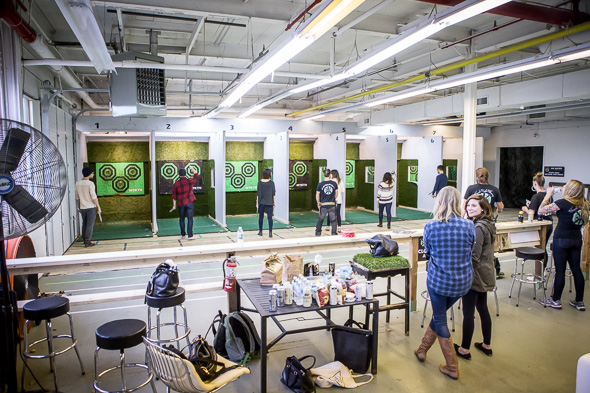 Before the action began, TKTO founder and Chief Instructor Jonathan went through a lengthy safety tutorial. After explaining what to do (wait for an explicit announcement before gathering knives), what to look out for (nicks in knives), the worst that could happen (just a blister- the knives aren't sharp except for the tip), the throwing commenced. 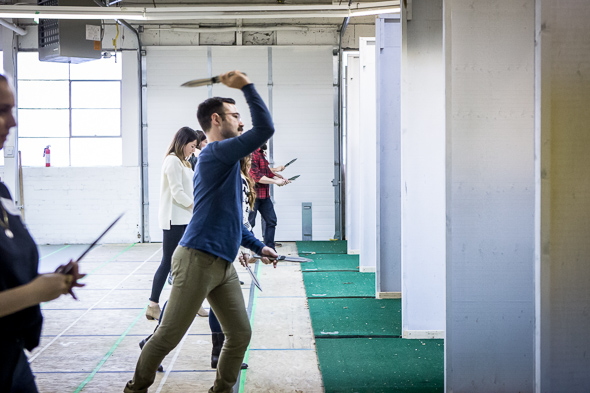 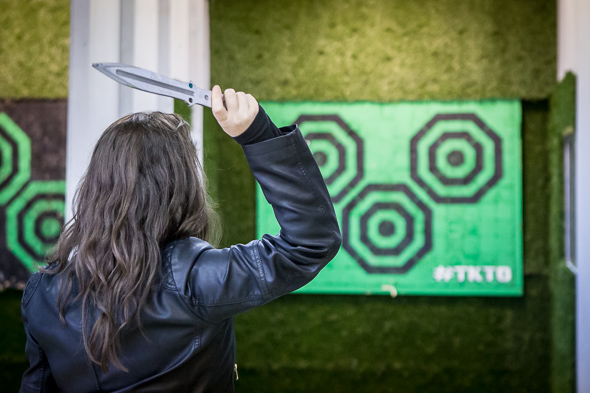 I found it easier than archery (because throwing feels more natural than drawing a bow), less taxing than axe throwing (because knives are significantly lighter), and more fun than darts (despite the significant bad-assery of poison darts, knives feel more dangerous). 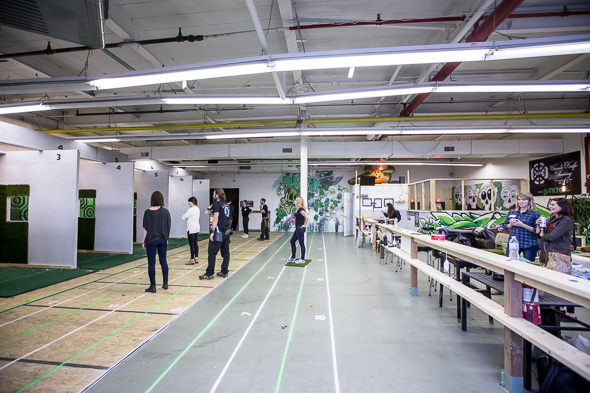 Like axe throwing, knife throwing awards points based on where the knife lands on the target. The closer to the bullseye you are, the more points you earn. It's considered a good game to break 100 points. Though I didn't get a number very close to 100 (is six close? I got six points), I found myself getting better as I did more. 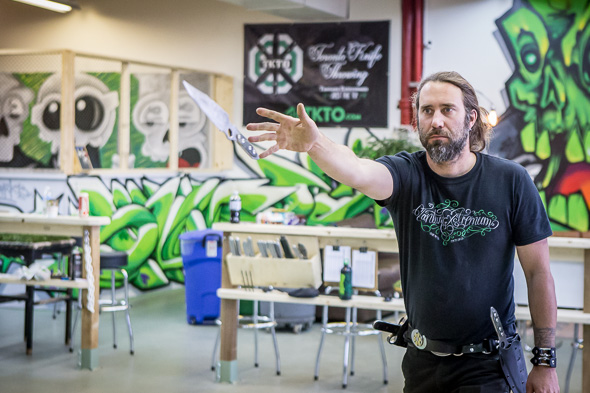 The instructors at TKTO are all skilled in the art of knife throwing (Chief Instructor Jonathan is actually the Ontario IKTHF representative, Instructor Bramm is the 2015 Long Distance World Champion, and Instructor Lee is the 2015 No-Spin World Champion) which is super beneficial when you're actively trying to get better.

Though no one in my group dared try it, TKTO is also home to the Quick Draw -- an enclosed space where two throwers, armed with a belt of knives, compete in a sudden death game after a light goes off. 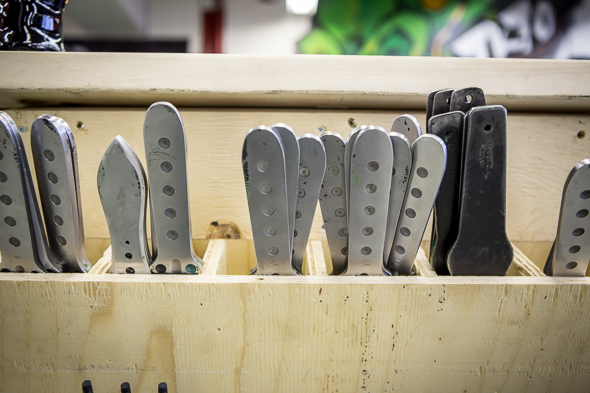 Cost-wise, TKTO is on a similar level to axe throwing, with group bookings and single use passes at $35 (the price goes down if you buy a pass with multiple visits), classes priced at $30-35, private lessons for $150 for two people, and league play costing you $125 for 8 weeks. Memberships are also available, at $50 for the first year, which includes discounts on knives, and a t-shirt. 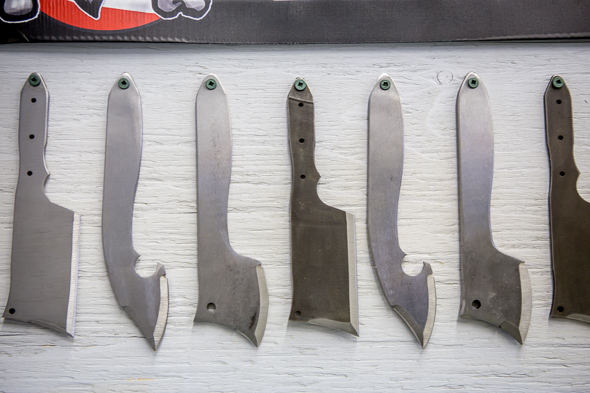 TKTO was an incredibly fun place to spend an afternoon. Having the Quick Draw space differentiates TKTO from other knife-throwing ranges, and the IKTHF recognition shows how legit TKTO is. 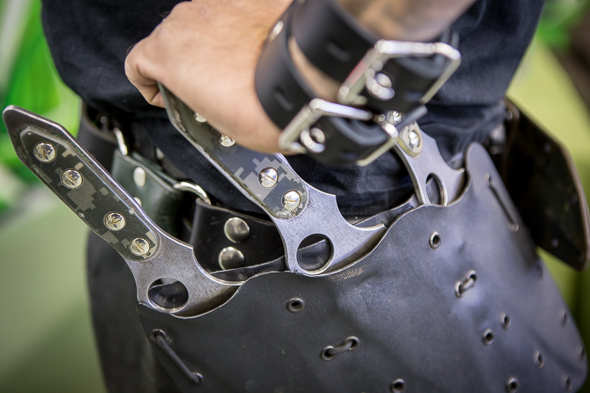 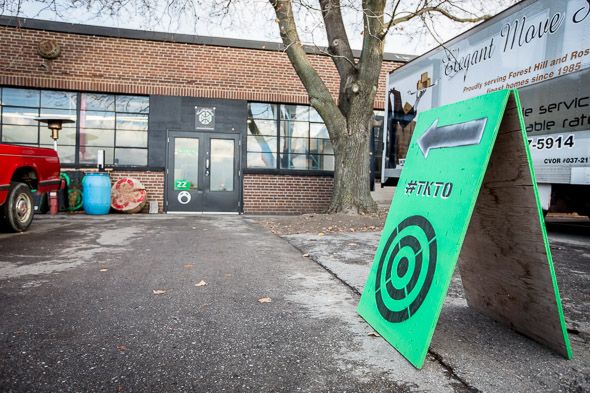