Stryke Target Range is a new entertainment facility located in Brampton. With axe-throwing, knife-throwing, archery and an automatic air gun range, Stryke is currently the most diverse target range in the GTA.

I visited Stryke during an open house on a Saturday afternoon. Joined by an athletic friend (he's a seasoned BATL veteran) and a reasonable expectation that I would be terrible at this (I'm a negative self-talk veteran), I felt prepared to try out the various exciting weaponry. 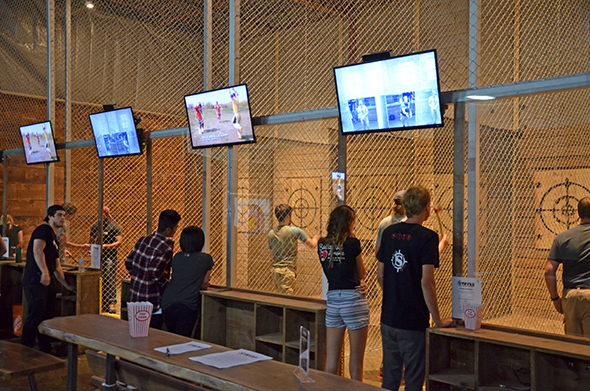 On the outside, Stryke doesn't look like much, but the inside is spacious, well-decorated and welcoming. The 10,000 square foot space has a waiting area, complete with iPads to check-in and waive liability. On the other side of the reception desk is a full snack bar, currently selling the usual chips and soda, with plans to add a liquor license and pub food. 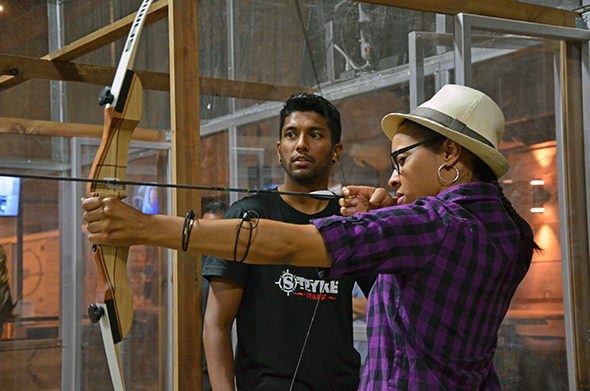 After the snack bar, target ranges line the sides of the space. There are TVs around the ranges playing miscellaneous sports, and one at the end of each range that displays the current participant from various angles like a security camera, but instead of being monitored by a guard for safety, it's monitored by your friends for sick burn material. 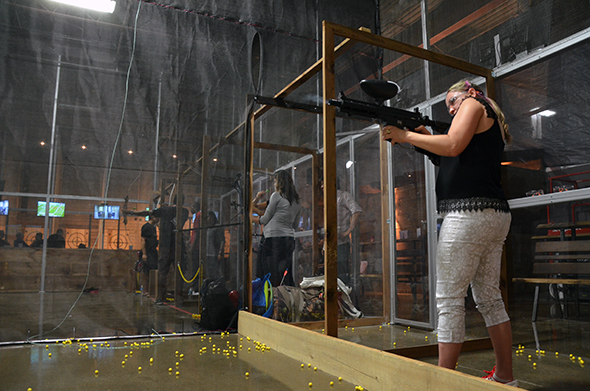 We made our way around the Stryke circuit, playing a little of each game. While axe-throwing and archery have become mainstream in the GTA, knife-throwing and the air rifles were totally new to me, and both were incredibly fun. 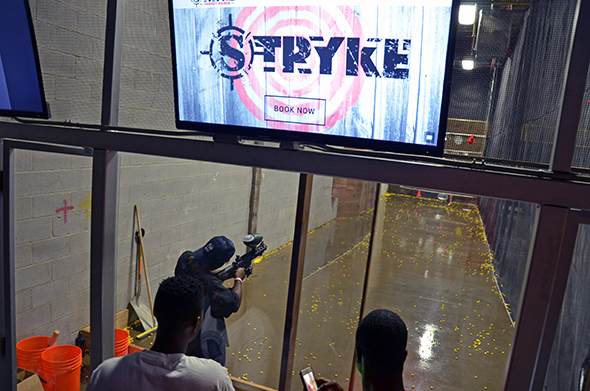 Like all target ranges, the aim is to get the object (or the object's projectile) as close to the center as possible; the distance from the bullseye dictates how many points you get. Knife-throwing was not nearly as easy as Daniel Day-Lewis makes it look, but it was incredibly gratifying when it went well (which was one out of many throws for me). 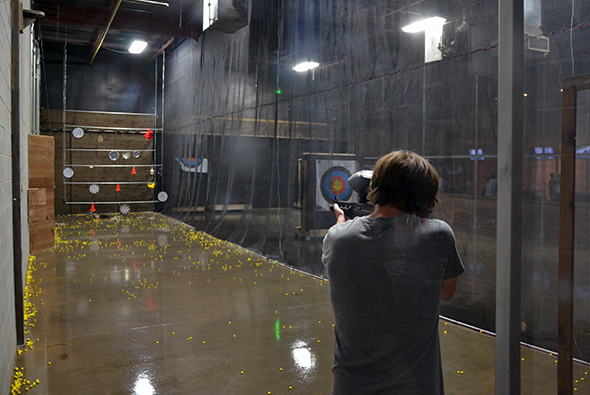 Even though it was touted as the most challenging of the activities, my athletic friend picked it up so quickly, it was initially impressive, then scary, then scary-impressive. The air rifles were much less challenging but still a lot of fun.

Stryke has creative targets (pans, a severed foot, Elmo), and the volume of pellets provided way more chance of hitting the targets in one turn as opposed to the knife- or axe-throwing.

I was considerably better at the air rifles, hitting several of the targets during my turn after getting used to the gun. My friend, who claimed to have never used an air gun, hit every target while I stood back and realized that he was for sure a secret hitman who had amnesia and then had the memory of a boring Mississauga life uploaded into his brain when the government had cover its tracks. 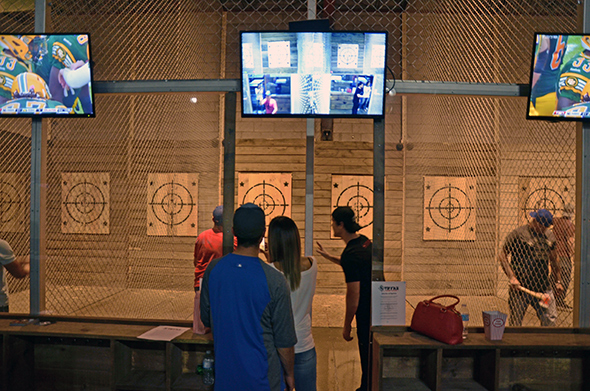 With the diverse types of target ranges and space to just hang out, it's a great venue for a fun afternoon of target practice ($45 per person for a three hour session, groups of 4 and up). Stryke is also starting leagues for knife-throwing, archery, and air guns, which will get underway this fall.

Later than night, my friend and I were walking to dinner when he, unprompted, said he wished he was "at Stryke, throwing knives right now." Whether that's a testament to Stryke's awesome facility, or the first scene of a script I am newly inspired to write about an amnesiac secret hitman whose memory was partially stirred by target range, either way is great.