Siam #1s Old School Muay Thai is currently open but their offerings and services may be affected due to the pandemic. Please contact the business directly for more information about any changes. Is this your business? Please contact us if you would like to update this message.

Old School Muay Thai is really old school but they do it in the most refreshing way. Like the name suggests there is nothing fancy about this gym. It's a large basement studio located on 225 Richmond Street West at Duncan. The place can easily be missed amidst all the jarring lights of the Club District and yet it attracts quite a crowd.

If you don't know what you are signing up for, the well used punching bags that line the side of the room should be a sound warning. As I got changed, I spoke to a one of the women who had just taken a class. She told me it was going to be a grueling 90 minute workout - you bet it was. 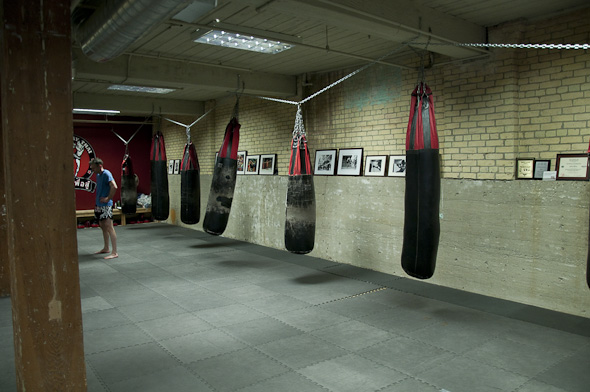 My class started at 7pm. Kosta, our instructor, was already on the skipping rope and while he made it look super effortless, I was huffing and puffing only five minutes into it. The first 45 minutes of our class was a boot camp style workout where we did endless rounds of sit-ups, crunches, squats, burpees and push-ups. 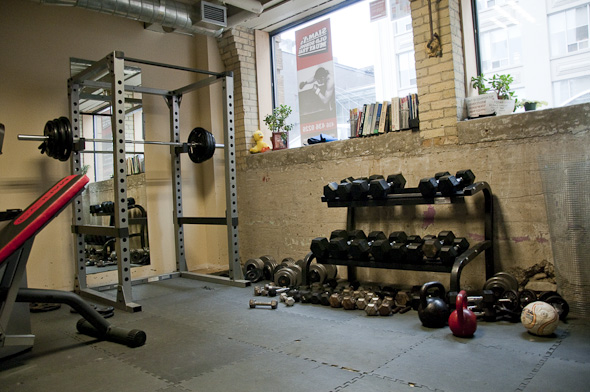 At this point the class was split. Beginners lined up in the front facing the mirrors, while the more experienced members spent the next 45 minutes in shadow boxing, hitting bags and sparring. I was the only new member in my class. 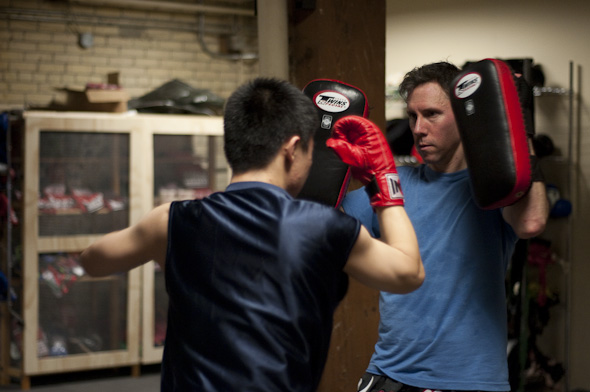 Kosta taught me the right stance, and how to move and even let me have a go at the punching bags. Although mine barely moved, it was extremely gratifying to hit the punching bags after a long days work. I was sore for many days after, but I knew it was money well spent. 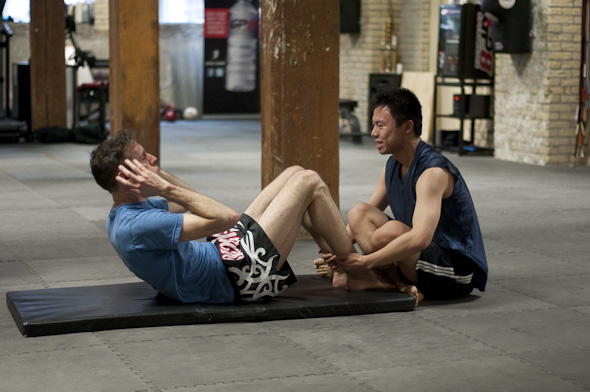 Old School Muay Thai offers regular weekly classes for all skill levels. Most of their foundation classes however, are scheduled in the mornings. They do not have a drop in class option, instead they do a $30 unlimited 2 weeks trial for first timers (that's long enough to see results and short enough to get you hooked). There's a little drop box to put your money in (they don't accept cards). 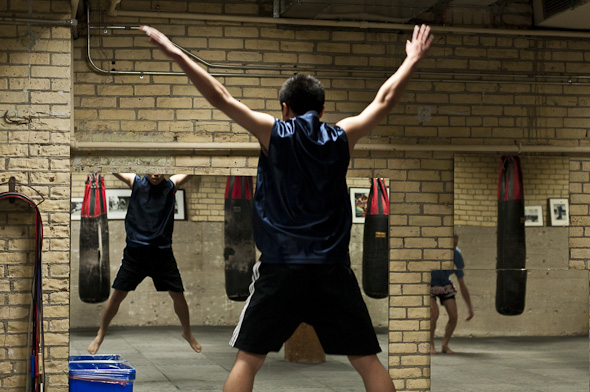 The studio is absolutely barebones. There is no boxing ring and all you get are the basics - pads, gloves, ropes and wraps. The change room had a limited number of lockers (calling them tiny would be an understatement), a washroom that was clean and several hooks to hang your coats. What they lack in creature comforts they more than make up for in their passion for Muay Thai. 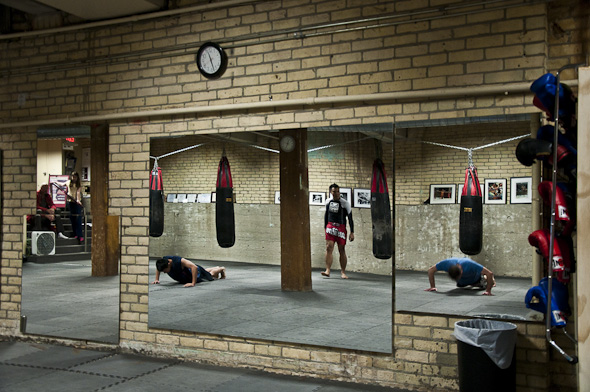 Kru James Hines founded this place nearly eight years ago. Since 2009, he has registered Old School Muay Thai as a non profit. So not only does your membership fee whip you into shape, but it's also stretched to provide at-risk youth in our community a safe place to train during critical and often unsupervised after school hours.

There was none of the 'first timer' routine at their studio. No long forms to fill out or pushy sales staff to tackle, all you get is the real deal. 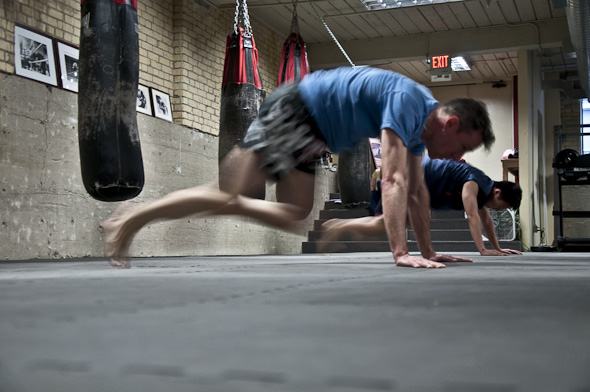 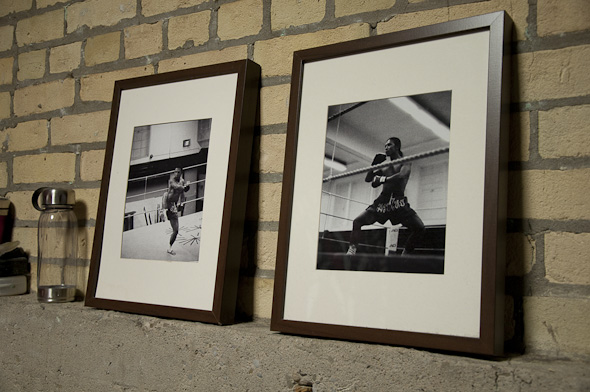 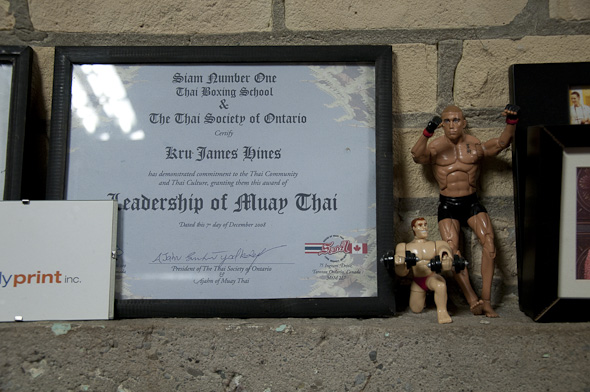 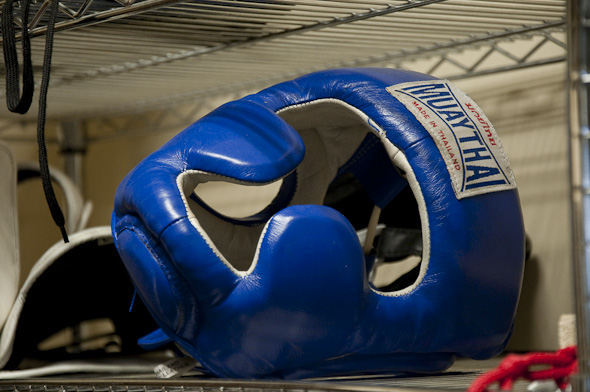 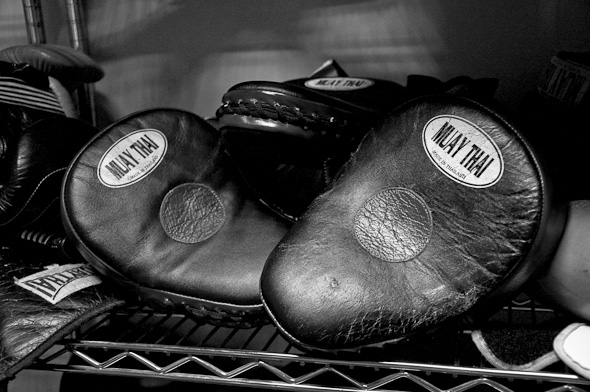 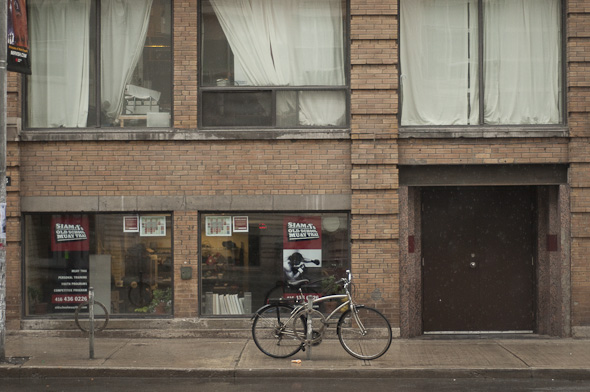