The Rock Oasis was always my favourite Toronto climbing gym , if mainly because of its bladder-bending 60-foot wall. Now, I've never been one for heights, but I've always figured that if I'm going to scale a wall with nothing but a rope suspending me from face-plant misery (or worse) I might as well go all out. That's why, more often than not, I would head to Rock Oasis on lower Bathurst since it provided an easily accessible, lofty (pun intended) thrill. 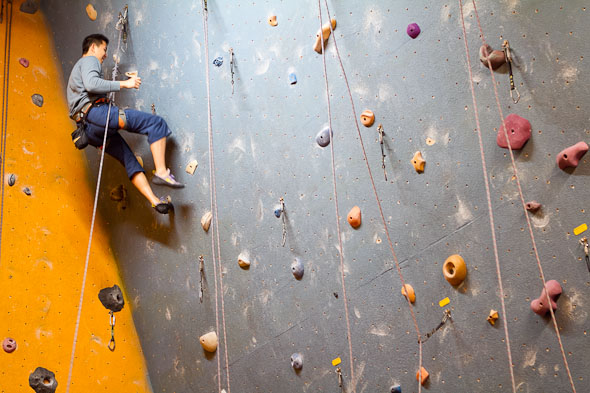 But after 13 years at Bathurst and Front, Rock Oasis was forced to vacate its former digs to make way for new condos (obviously, Toronto is in dire need). Its new spot is at 388 Carlaw, though Rock Oasis general manager Cort McElroy is quick to point out that the space is just a temporary one. "We'll be here for about two years," he tells me when I ask just what "temporary" means. "We have the land for a new facility on Morse Street," he says, "and once it's finished we'll be back to 60-foot walls. We're hoping for sometime in 2013." 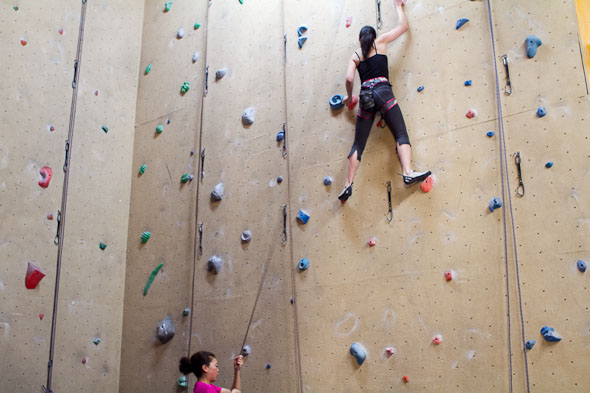 In the meantime, Rock Oasis is up and running at Carlaw and Gerrard, in a more spacious (but less vertical) renovated loft space. You'll have to do a little climbing and winding before you actually find the new facility. Unlike its previous location, where you'd open the doors and immediately encounter chalked-up climbers and bad 90's music, the street-level entrance doesn't take you directly to Rock Oasis. Rather, you have to climb a flight of stairs and follow a parade or "Rock Oasis -->" signs to actually get to the new spot. 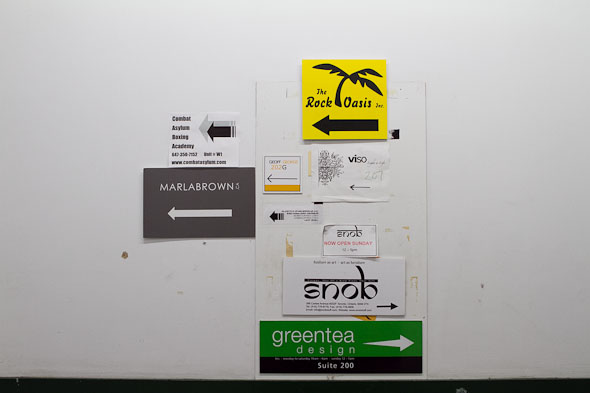 The major difference between this location and the old one is obvious--the peak height of its walls. Here the tallest wall caps off at around 36-feet, just over half the height of the Bathurst location. This is sad news for climbers such as myself, who seek a sense of achievement not by the difficulty of the climb (why tackle the futile?), but by the level of ascent. Or rather, the level of ascent reached before succumbing to a panic attack. 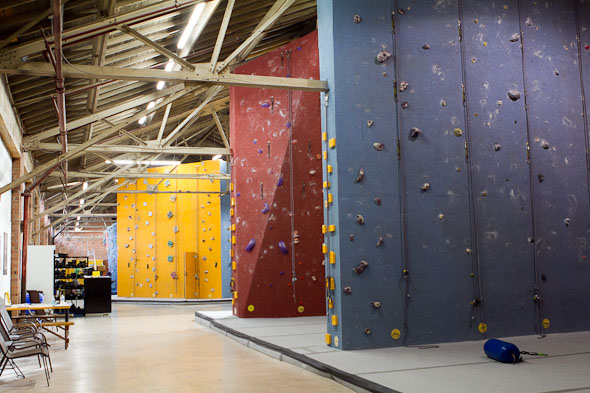 All else, however, is pretty much the same. There are plenty of walls of varying difficulty (fit for beginners right up to experts), bouldering areas, a challenging 25-degree angle wall among others, lockers, change rooms (although they do seem sort of makeshift), and lessons and packages for kids and adults. And from what I can recall, the prices have seemed to stay the same with beginner introductory packages priced at $35, one-time visits at $15, and ten visits for $135.

I stopped by Rock Oasis in the middle of the week, and, understandably, it was pretty much dead. Though my devotion to Rock Oasis remains unwavering, I'd be lying if I said I wasn't looking forward to those 60-foot walls. Two years, and counting. 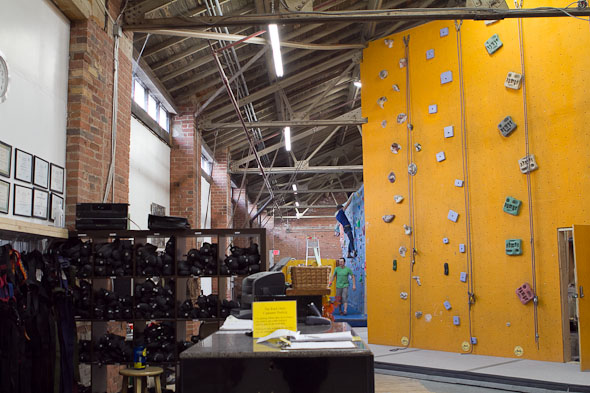 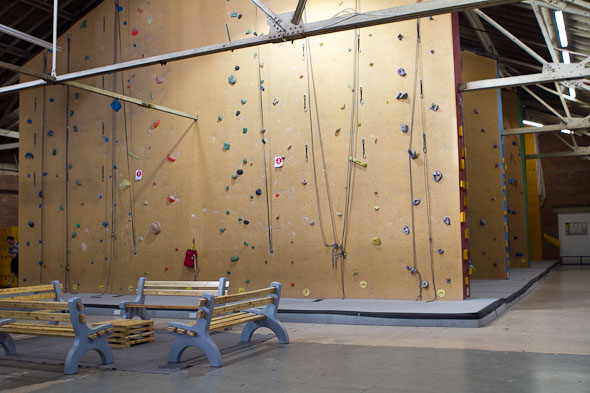 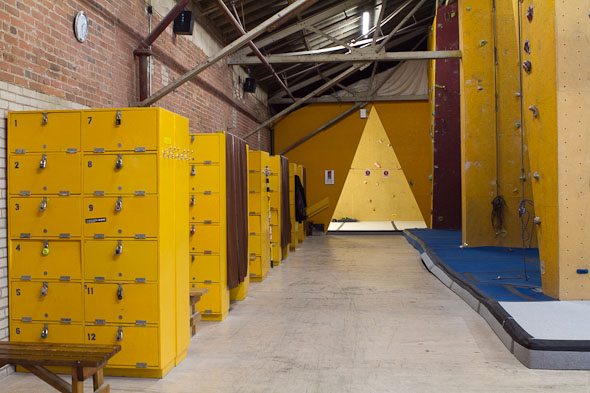 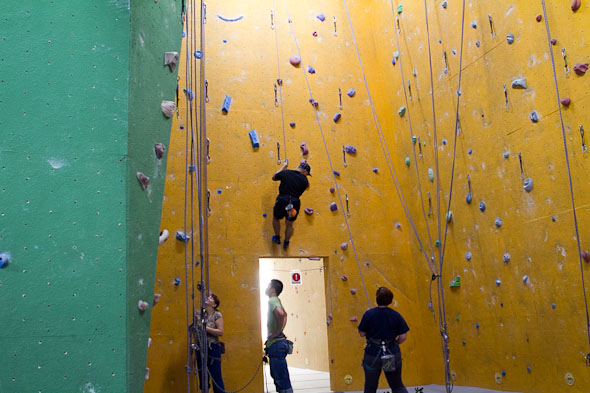 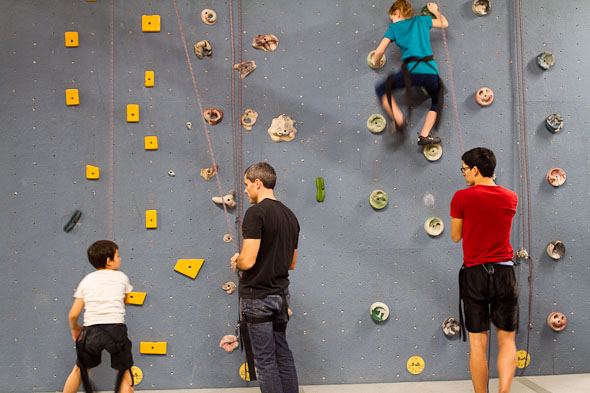 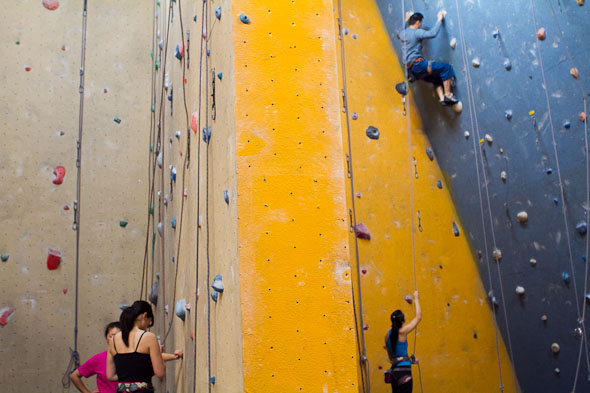 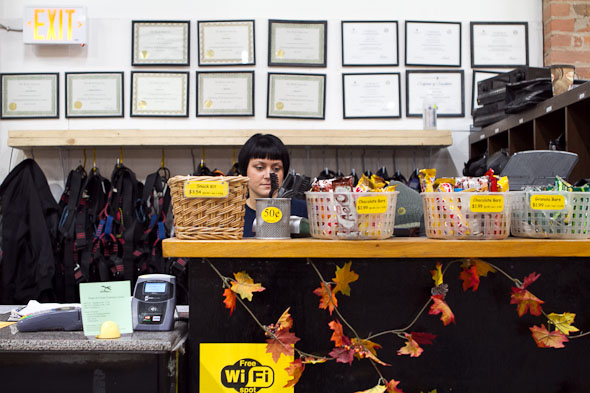 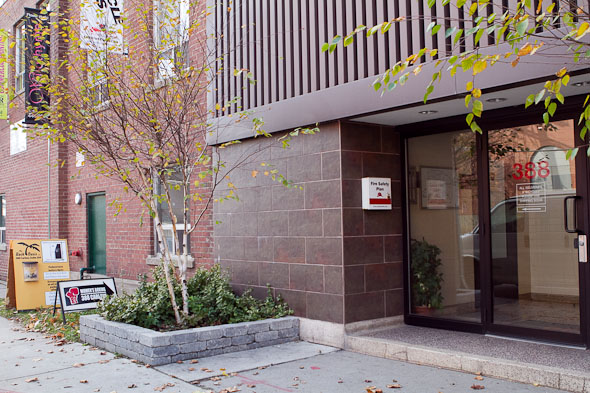