Krudar Muay Thai has moved from Chinatown to Kensington Market. Found on Augusta Avenue, just north of Dundas, Krudar occupies two floors of a building with an open class studio and ring on the first floor, and cardio, weight equipment, including kettle balls, and change rooms on the bottom level. 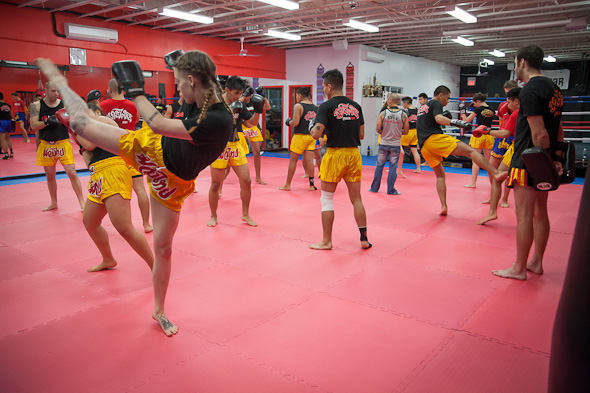 Krudar is primarily a Muay Thai training centre, founded by Kru Darwin over seven years ago, however, they also offer spinning classes, boot camp, yoga, and private training. I decided to step outside my comfort zone by trying a Muay Thai class instead of the other options with which I already have extensive experience.

I attended an 11am beginner class on a Wednesday and the minute I entered the facility, I realized I stuck out like a sore thumb. Krudar is nothing like your generic chain fitness club. Having almost reached 40, I was at least a decade older than almost everyone else there, and was definitely more 'soccer mom', and less pierced and inked than my counterparts. 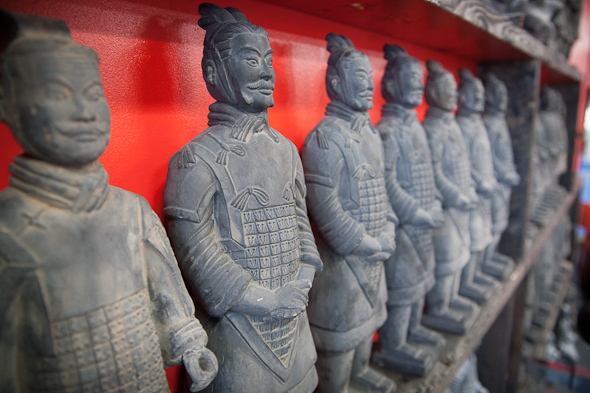 This is more a boxing shorts and tank top place, than a Lululemon and yoga pants crowd. Nevertheless, I was instantly welcomed by Matthew at the front desk, and by all the other staff and class participants.

Warning: the classes, even the beginner level, are not for the faint-at-heart, nor the wallflower. The class, taught by Benson, with Darwin assisting, had 18 students, with about equal numbers male and female. It began with skipping for 5 or so minutes and then progressed to cardio and strength circuits involving running, kicking, squats, and core work for 25 minutes. 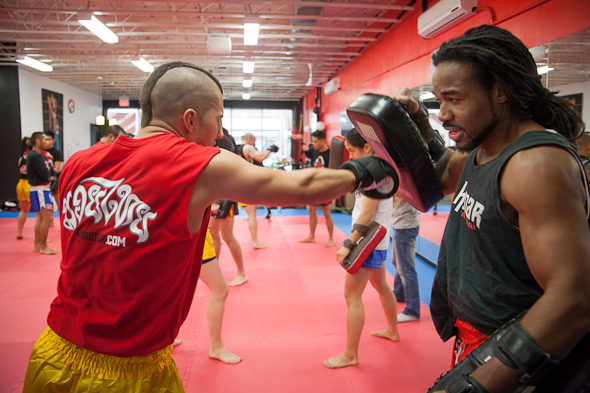 Most of the exercises we did were pretty similar to what you might find in a standard boot camp class, however, this one is done in bare feet on a well padded floor and there was no top 40 music (a mix of what sounded like some Latin, Indian and East Asian music instead). 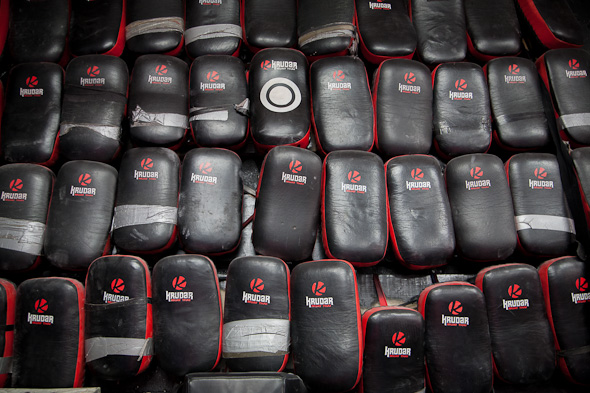 Next, we did punching and kicking for another 30 minutes. Then everyone wrapped up their hands and partnered up. Lucky for me, there was one other newbie I could work with, and Darwin generously offered to let me borrow his wraps and gloves. The next 25 minutes were spent working on Muay Thai technique, including punches and foot work. 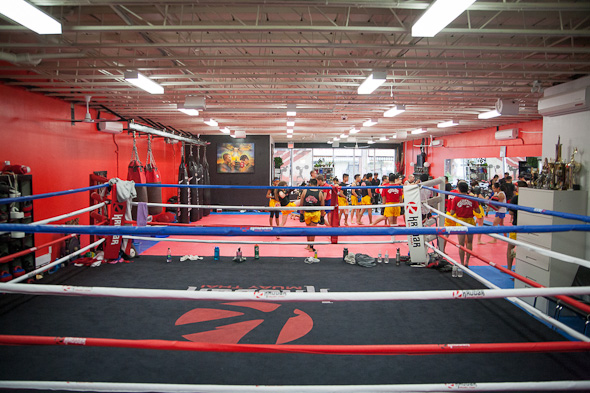 This was my favorite part of the class: I discovered just how cathartic punching can be! Frustrated by a TTC breakdown or a tyrant boss? No matter what the source of your angst, I guarantee this will feel very therapeutic. The final 5 minutes were spent doing additional core work and at this point I was certain my abs had not been challenged so much since I birthed my youngest child. 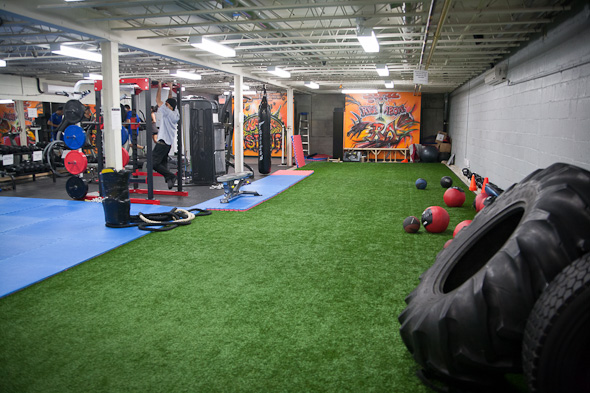 This class is not for someone with a low level of fitness, nor someone afraid of public scrutiny. Benson frequently called on regulars to help count down reps and to demonstrate technique to the other students. Although I tried to hide at the back, both Benson and Darwin made a point of giving extra attention and instruction to the other newbie and myself. 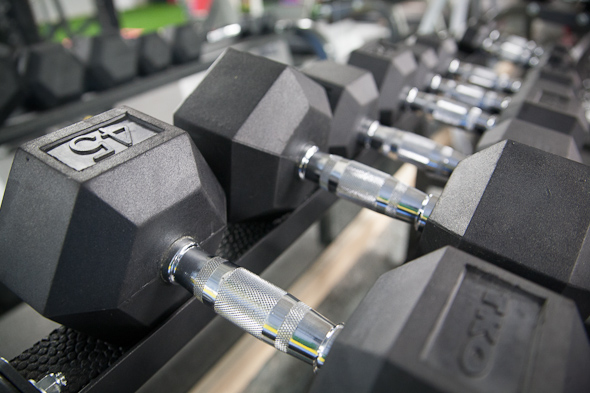 Throughout the entire class, you are encouraged to exhale as you kick and punch and yell 'Eesh' as you do so. I was initially shy to try this, but eventually realized the verbalization is an effective strategy to get you to avoid holding your breath as you exert effort. 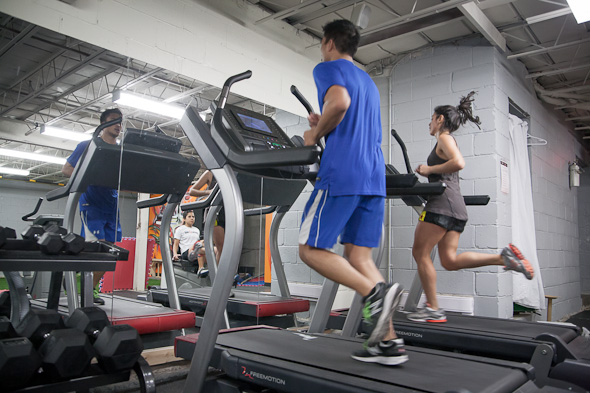 What impressed me most was that I felt taken equally as seriously as my younger, more experienced peers. It would not have been unreasonable for anyone to ask me what the heck I was doing there, but the vibe was friendly, inclusive and completely non-judgemental. Along with the instructors, the other more experienced students volunteered tips and assistance. 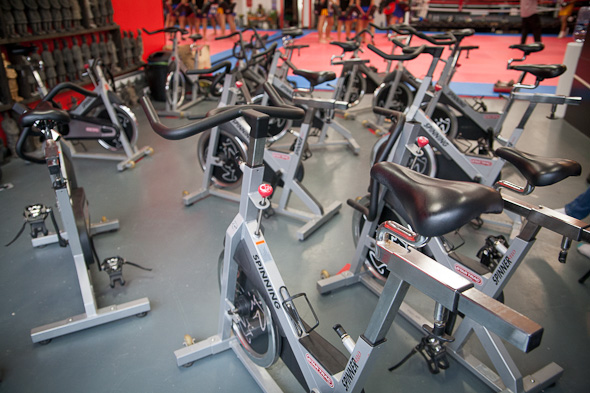 If you are looking to incinerate some calories, work your core, and get some serious upper body strength, look no further. This class offers it all, and in spite of the youthfulness of my fellow class participants, Krudar has a lot to offer families, including children's classes three times a week. On Saturdays, there is a spinning class that runs simultaneously with their kids' class. 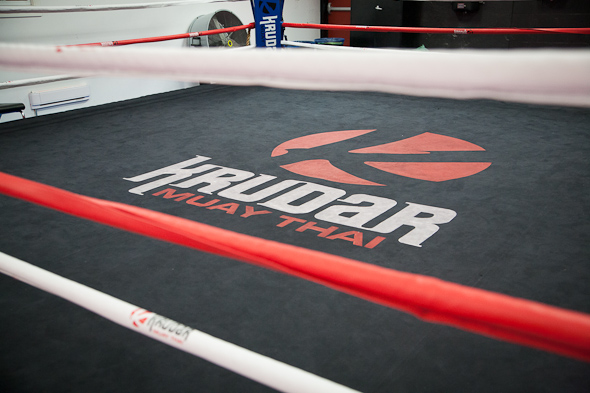 Your first trial class at Krudar is only $10, while a single visit will cost you anywhere from $18 to $30, depending on which option you choose. A 10-class pass is also available, as are 1-month , 3-month, 9-month and full year options, with discounts increasing as your membership increases in duration. 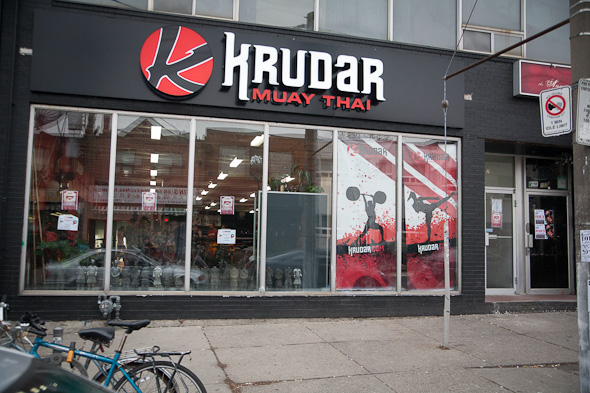