Black Devil MMA relocated a year ago to its current location on Bloor Street, just west of Bathurst, after outgrowing its first home just slightly to the east. Owner and head coach Danny Beauclerc has trained a number of athletes who have gone on to win championship titles in muay thai, nogi submission grappling, and mixed martial arts.

The facility is huge and open, located in the basement level of a commercial building. The space features Zebra Training Series mats, wall pads and pillar pads, a custom made 22-foot octagon, and an isolated strength and condition area. There are six heavy bags, and a separate weight room with bench press, free weights, kettle bells, battle ropes, hurdles, an agility ladder, and medicine balls (among other things). 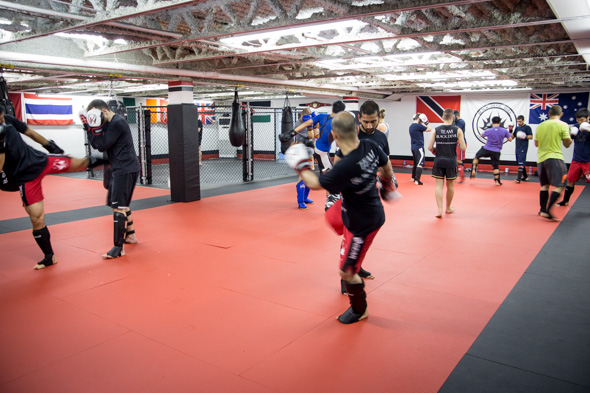 There are also men's and women's change rooms outfitted with a toilet stall and single shower. The facilities are aged and bare-bones - but most folks looking for MMA training are not looking for chandeliers and fluffy bathrobes. 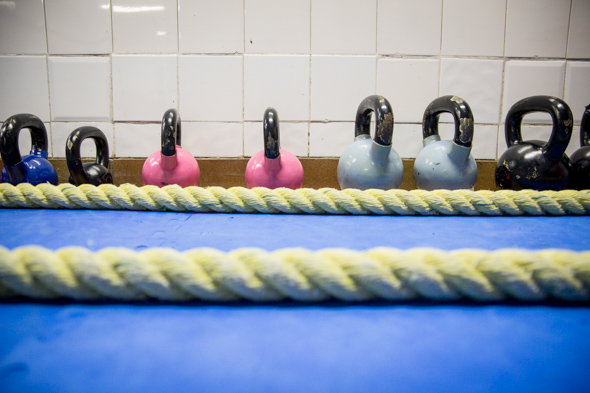 I dropped in for a late-morning grappling class without having any idea what it was. Had I known it was essentially wrestling moves done on the mat, I wouldn't have necessarily chosen it - but in the end, I'm glad I pushed beyond my usual comfort zone. 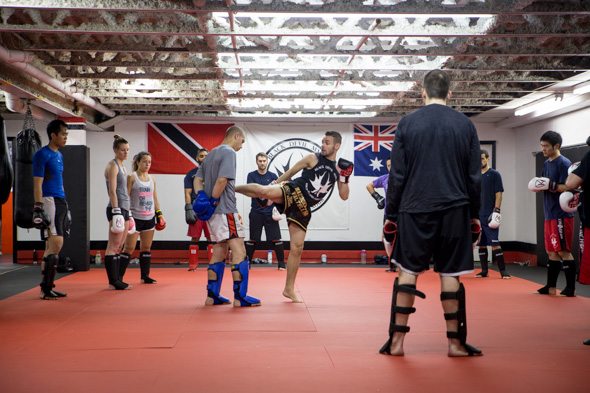 Black Devil offers several types of classes: grappling, of course, as well as striking and MMA, which combines both grappling and striking. While women, like myself, may not be inherently drawn to grappling, we're well-suited for it; it employs strategies and techniques aimed at gaining a physical advantage over one's opponent that does not necessarily require size or brute strength.

That being said, I was still relieved that there was another woman in the class I could partner with. One warning: if you do want to try grappling, be prepared to frequently have your crotch in your partner's face, and vice versa. 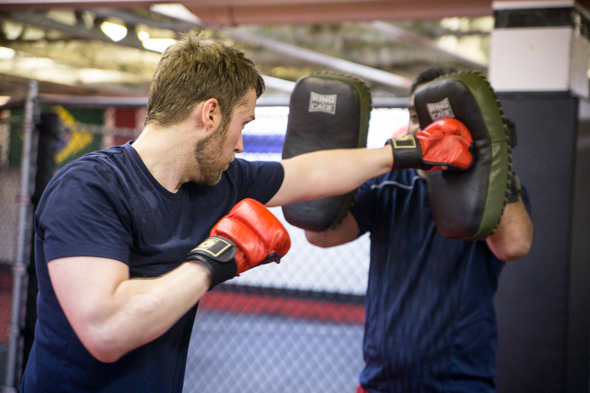 Classes are aimed at mastering MMA techniques - they are not meant to be group exercise classes to burn maximum calories, but make no mistake, regular practice of these skills will get you fit. My partner, who has been training at Black Devil for five months, said she has seen significant improvements in her strength and flexibility.

According to Beauclerc, only a fraction of students are interested in fighting - most come to learn the skills and for the fitness benefits. I definitely felt how much core and leg strength is required to master these moves. 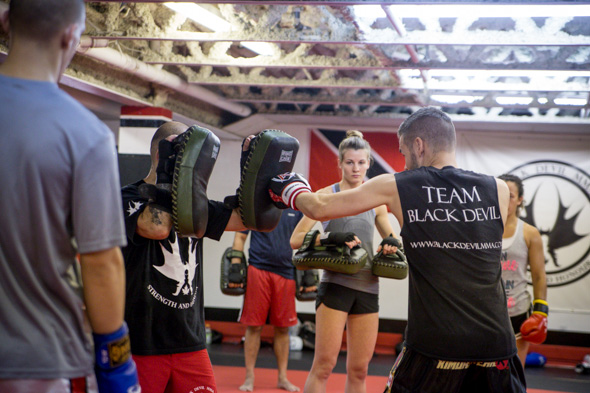 Beauclerc and I discussed what a shame it is that many folks believe that MMA is only for aggressive, testosterone-fueled knuckle-heads, and that this likely turns away many women, in particular. Certainly, I have found the people I have met in the MMA world to be very thoughtful, enlightened individuals, who are very welcoming to women and to newbies. 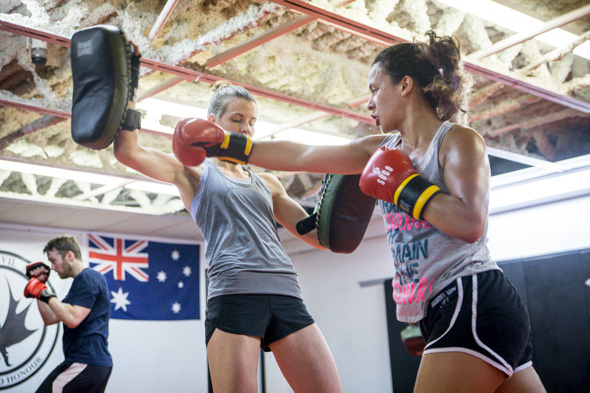 I definitely experienced this at Black Devil. The minute I walked out of the change room, the other class participants smiled at me and introduced themselves. So if you are looking to step out of your comfort zone, learn some useful self-defense moves and get fit, you might want to drop into Black Devil MMA. 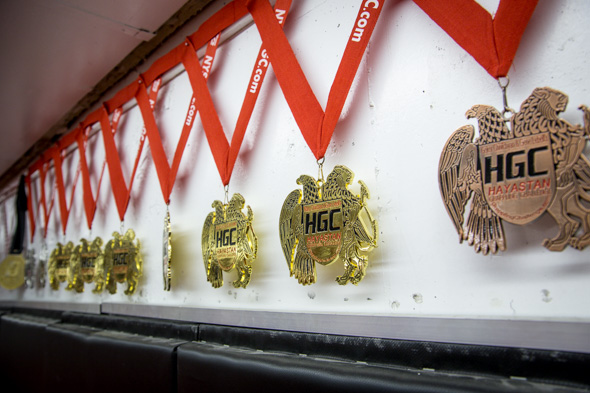 Membership options include a 10-class pass for $200, one month prepaid for $132.50, six months prepaid for $765 (including includes 8 oz. MMA or 12 oz. sparring gloves, handwraps, mouthguard, MMA shinguards and jock/jill) and one year prepaid for $1430, which includes all training equipment and a free training session with Beauclerc. 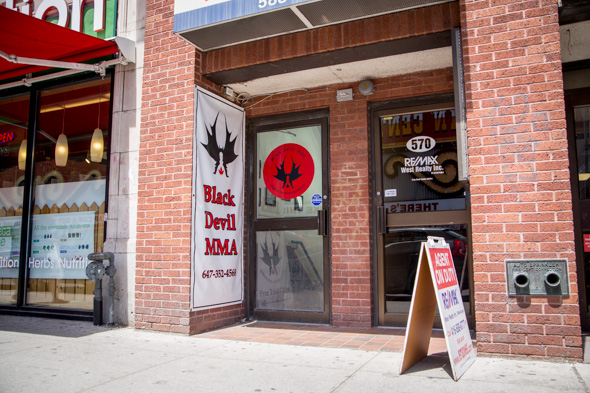