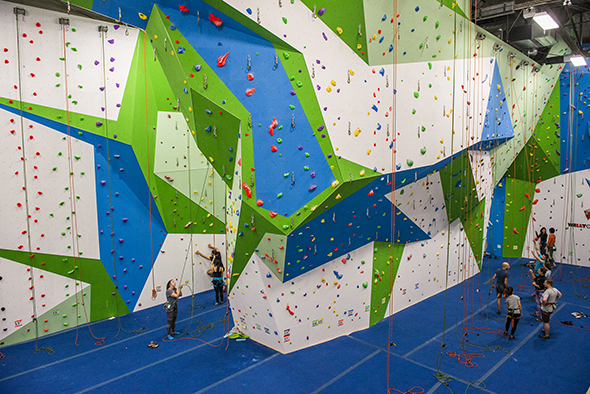 Owner Matthew Languay's gym boasts some of the tallest walls in the city. The auto belay routes are a range of levels, from 5.5's to 5.11's (for non climbers: routes are rated with a numbering system, the larger the number, the harder the route), so whatever your level, you can be challenged solo. 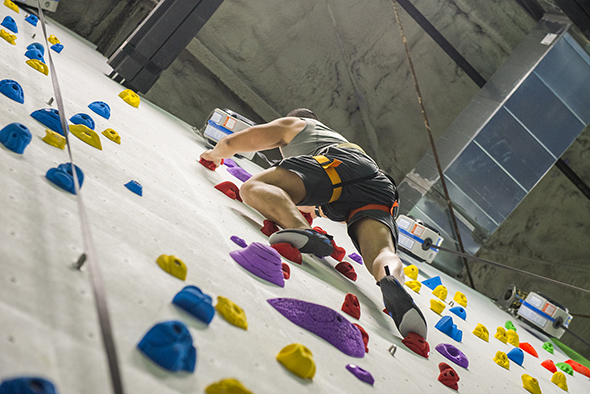 There's a mix of flat walls, overhang climbing, and slab walls, which really allow you to mix up your climbing. 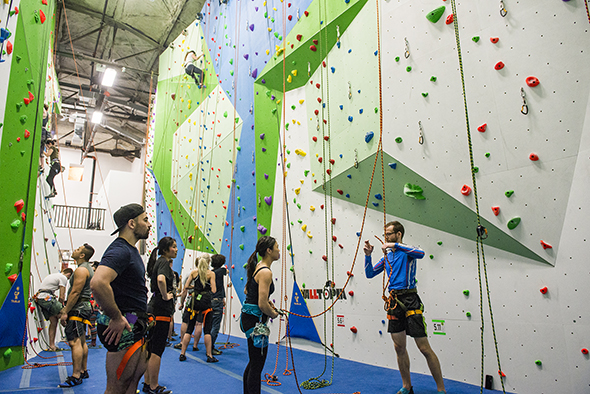 Aside from the beginner walls and the auto belays, all 70 plus routes in the 7,000 square foot gym are leadable. 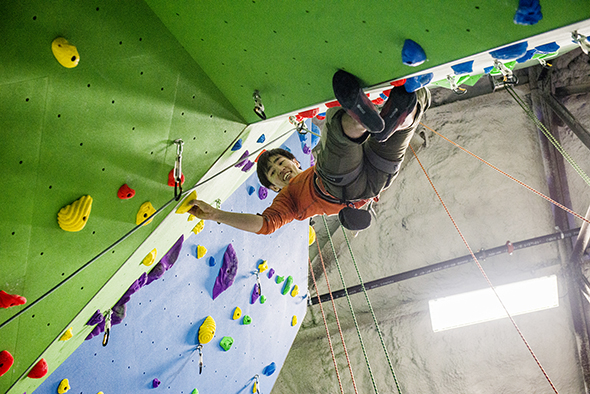 Basecamp is as aesthetically pleasing as it is functional. The walls, built by Walltopia , are crisp green, blue, and white, and are colour blocked to add visual appeal to the slab walls and intricate overhangs. 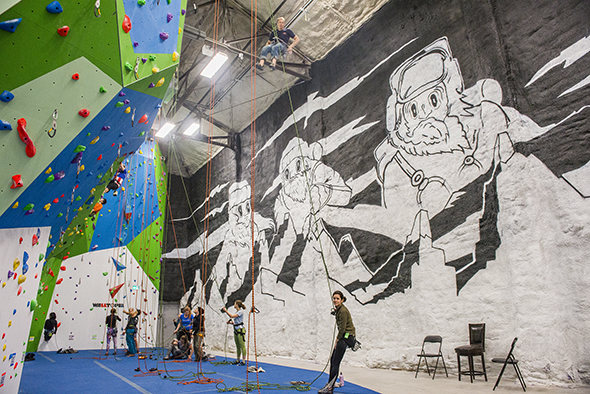 There's a large mural on the West wall, which was done by someone who responded to a Bunz posting Languay made asking for labour in exchange for climbing. 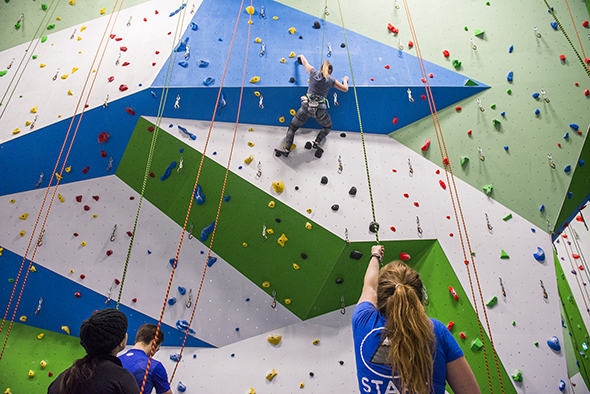 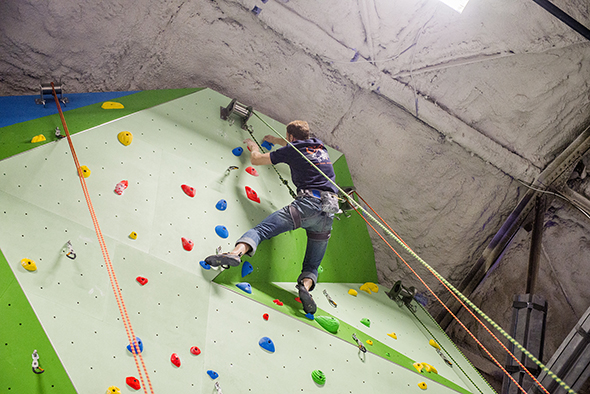 Prices are comparable to other gyms - student/youth day passes are $19 and adult day passes are $23. A harness and shoes can be rented for $5.50 each. There are also various intro, monthly and annual membership packages. 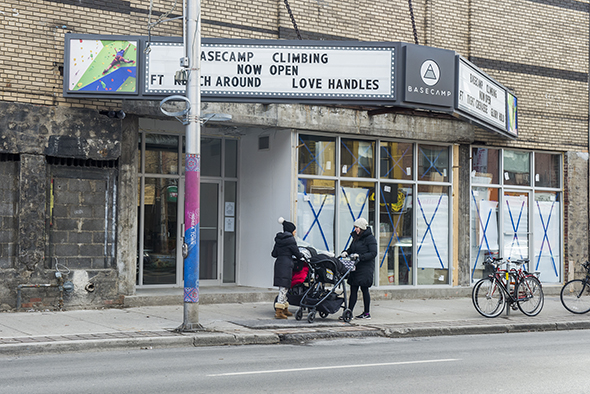