Actor, environmentalist and plastic surgery rumour-target Zac Efron made his first red carpet appearance since 2019 last night at none other than the Toronto International Film Festival (TIFF), where his face looked remarkably different than it did some three years ago — but not for reasons you might expect.

Efron, who rose to fame in the oughties through Disney's High School Musical, was in town on Tuesday evening for the premier of his latest movie, Peter Farrelly's The Greatest Beer Run Ever. 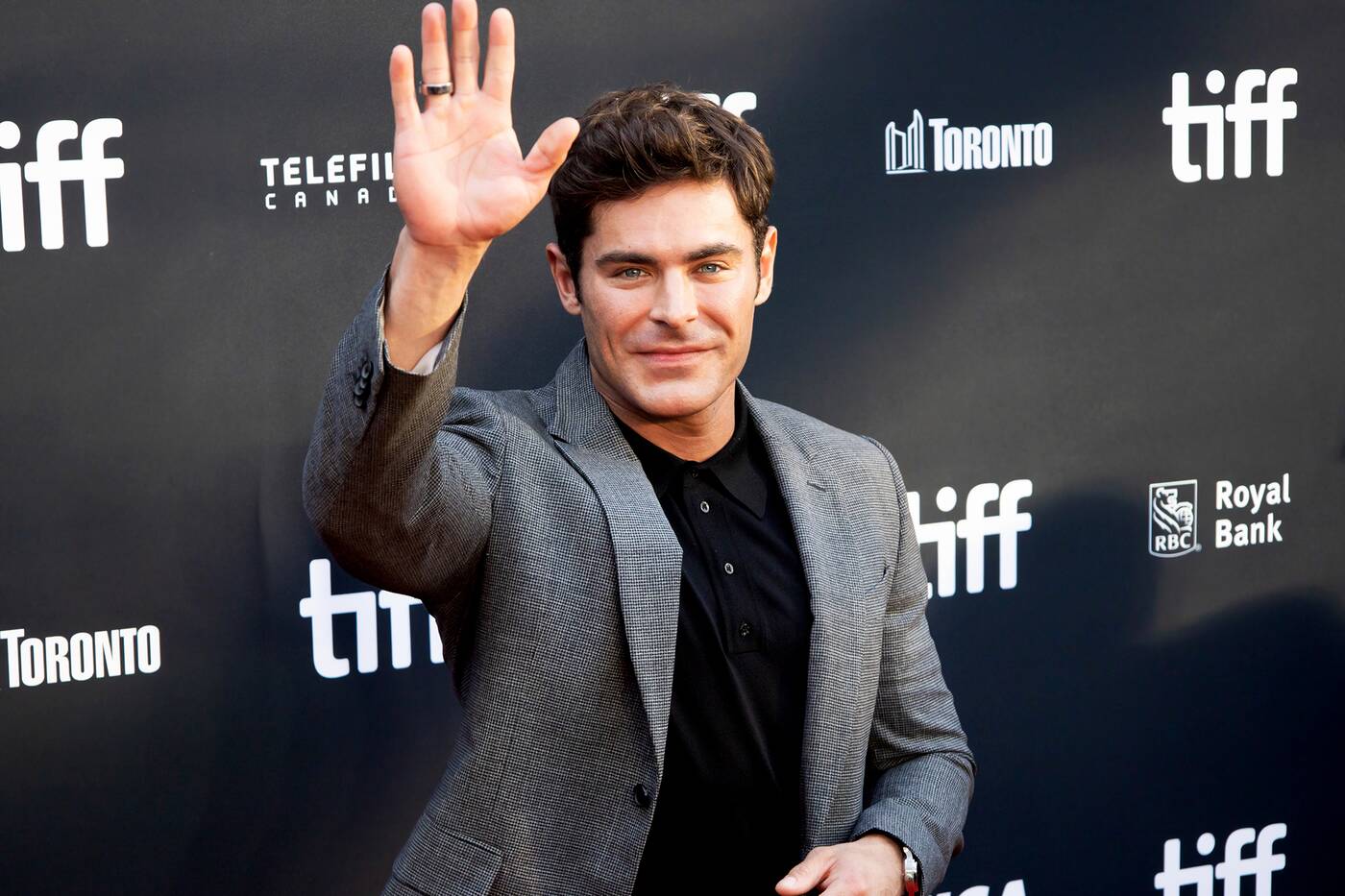 The Baywatch hunk-turned-serious actor took time to pose for fans and reporters outside Toronto's Roy Thomson Hall before heading into the theatre, looking dapper as always in a dark grey suit.

As before-and-after photos clearly show, Efron's jawline appears to have changed quite a bit over the past few years. The 34-year-old actor's "new face" went viral last April, in fact, after he appeared in a Bill Nye Earth Day PSA looking a little Mickey Rourke-ish.

Fans speculated at the time that Efron had been treated with everything from chin implants to botox and filler, but the star didn't address or even acknowledge what have now been revealed (by his own account) as bunk rumours.

"If I valued what other people thought of me to the extent that they may think I do, I definitely wouldn't be able to do this work," said Efron in a cover story interview with Men's Health Magazine when asked about 2021's "jaw-gate."

He clarified nonetheless, for the record, that his face shape had changed over time as the result of a 2013 jaw injury.

"He'd been running through his house in socks and slipped, smacking his chin against the granite corner of a fountain. He lost consciousness, and when he woke up, he recalls, his chin bone was hanging off his face," reported Men's Health in the story, published last week.

That injury reportedly caused some issues with Efron's jaw and its movements. With his facial muscles thrown off, the actor's masseters took on a greater load than intended and entered a state of hypertrophy.

Efron told Men's Health that he'd been working with a specialist to help correct the imbalance, but that he took some time off from physical therapy while filming in Australia.

"The masseters just grew," he said in the interview. "They just got really, really big."

Zac Efron reveals to @MensHealthMag what caused his 2021 face transformation.

According to the actor, he shattered his jaw while running in his house with socks on.

So there you have it; Efron's jawline and chin did change between his last public appearance and last night, but not because of an intentional choice to go under the knife.

Based on the Men's Health interview, during which the actor also discusses his outrageous Baywatch body and the extreme measures needed to maintain it, he really doesn't seem like the type.

"That Baywatch look, I don't know if that's really attainable. There's just too little water in the skin. Like, it's fake; it looks CGI'd... And that required Lasix, powerful diuretics, to achieve," he said of the process.

"I started to develop insomnia and I fell into a pretty bad depression, for a long time. Something about that experience burned me out. I had a really hard time recentering. Ultimately they chalked it up to taking way too many diuretics for way too long, and it messed something up."

At 34, he's more focused on challenging roles in engaging films like The Greatest Beer Run Ever, in which he plays a 26-year-old U.S. Marine Corps veteran who attempts to sneak beer into Vietnam for his friends circa 1967.

apparently he had facial reconstruction after an accident but then why the the lip and cheek filler?

While some people online aren't buying Efron's slip-and-fall story as the reason for his jaw transformation (and certainly not for all of the apparent dermal filler,) others are standing up for the star.

"Zac Efron has been open about how he shattered his jaw and had to get reconstructive surgery and yet people are still mocking and attacking him for his looks," wrote one fan on Twitter. "People are so mean."

"I find it totally ugly and ridiculous that they are attacking Zac Efron for the way he looks, when he already explained that he broke his chin in a fall," wrote another.

"The mockery about him is depressing... It is very evident that his jaw did not fit well, even when he speaks."