You could say the Toronto International Film Festival (TIFF) is Mr. Will Wong's Super Bowl.

The iconic blogger and festival photographer has been a staple in the city's hunt for celebrities during the month of September years now.

Thirteen years ago, after collecting hundreds of photos from each installment of TIFF's celebrations, Wong decided to create a blog to publish everything he's snapped over the days, weeks and years.

And thus, a festival expert and emblematic Toronto staple was born.

"I love taking pictures and I love going to TIFF. I have like thousands and thousands of photos, finally I started a blog to showcase these photos," he said.

Each year as September quickly sneaks up on the city, Wong prepares for a jam-packed week of locating and tracking celebrities, waiting for them to show up fashionably late and of course, grabbing a selfie with them.

In case you don't know, Wong is most recognized for his collection of nearly 3,500 celebrity selfies, majority of which are captured during TIFF. 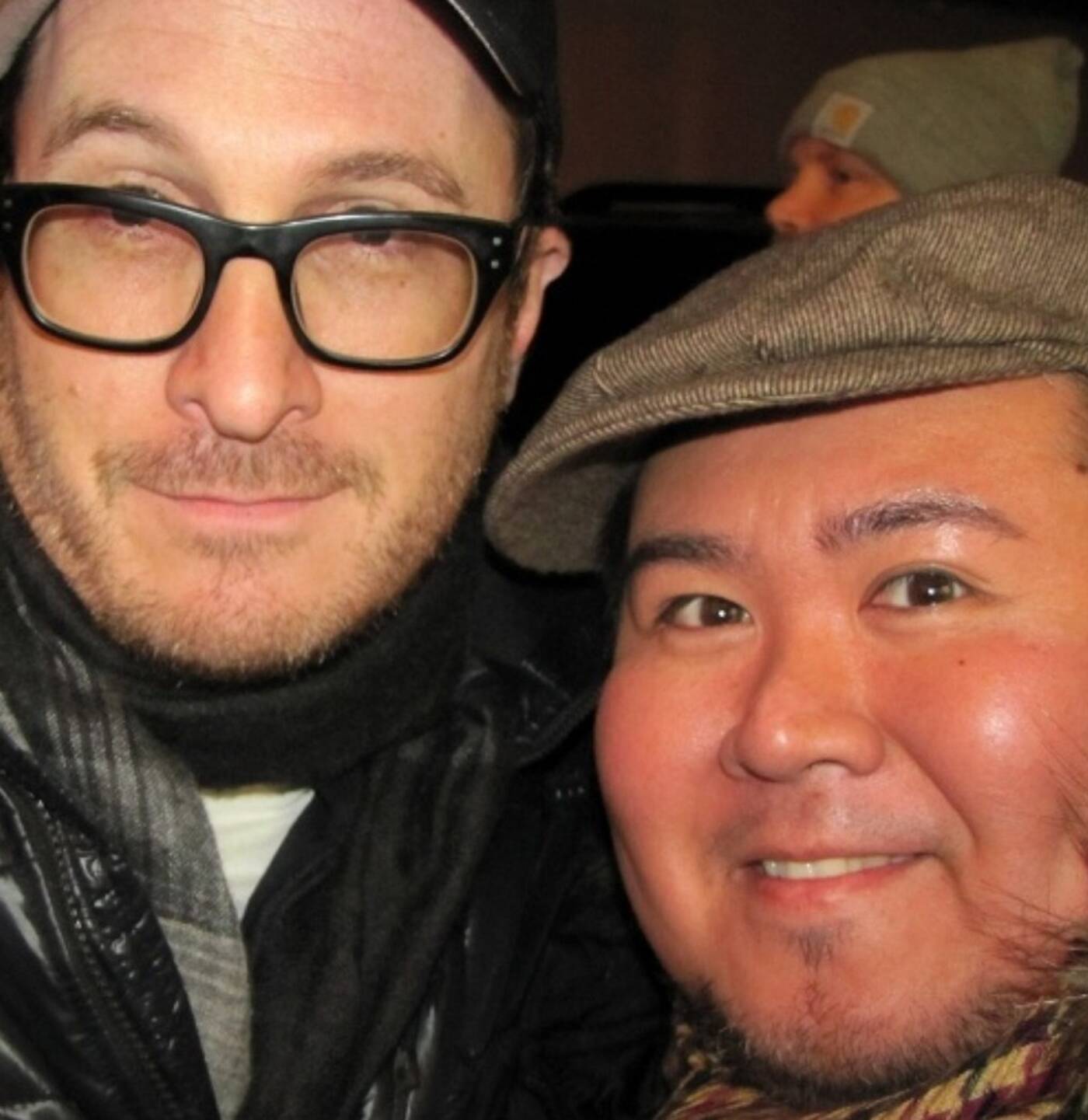 Will Wong with director Darren Aronofsky.

Each journey is chronicled on his blog, which is read by many dedicated fans. Throughout the year, Wong's blog covers and reviews movies and also reports on culture and lifestyle in Toronto.

For this year, Wong is predicting celebs will show up at many tried and true locations such as MARBL Restaurant (Jaguar), CLIO, Mademoiselle, Sofia and INK Entertainment venues.

So how do you get about capturing A-listers?

"Go to the red carpet early and get a wristband. You're guaranteed to see a star with a wristband," he said.

The key here is to arrive at least two or three hours early and wait patiently. Wristbands are available at some red carpets that have dedicated fan zones.

Another way to spot moviestars it to check the TIFF schedule. Any movie labelled as "press and industry," will not have celebs but you'll probably have better luck at public screenings.

For Wong, he'll be hitting up all of the city's hotspots and of course the TIFF Bell Lightbox.

Another pointer is to always approach celebrities nicely and with respect, especially if they decline a photo. 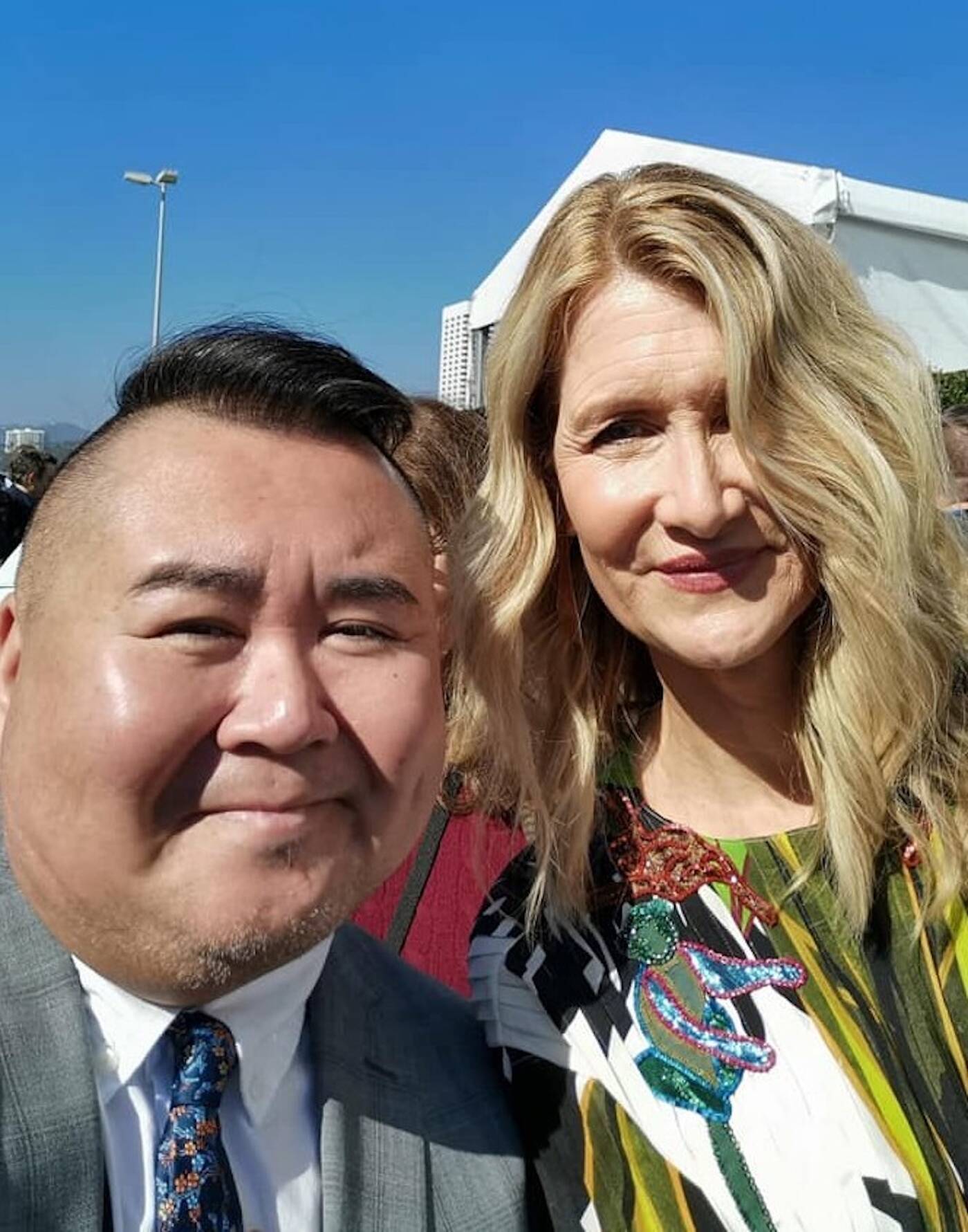 Will Wong with Laura Dern.

But one of his most important tips is to actually catch a movie while at the festival.

"We wouldn't have star power without film."

This might come as a surprise but Wong's favourite part of the entire festival is when he finally stops running after celebs and directors and can head to the cinema.

"After all the chasing is over then it becomes about grabbing a pumpkin spice latte and chilling out in the threatre. It's a sigh of relief."

For the 2022 season, Wong predicts Harry Styles to have the most media coverage and hype for My Policeman, but also remarks that Taylor Swift's intimate chat will also bring up a bevy of dedicated Swifties.

Other highlights include Jennifer Lawrence's comeback, Olivia Colman in the Empire of Light and the screening of Brother, the adaption of David Chariandy's book chronicling the life of two Jamaican-Canadian brothers growing up in 1990s Scarborough.

In a video posted to his Twitter account, Wong also tells fans to bring a sweater for these cool September evenings, and coffee!