From TIFF to the Hot Docs Festival, the city has so many different film festivals to celebrate up-and-coming movies in the industry.

If you're a major film buff who loves catching the newest movie then grab some popcorn because you can watch movies under the stars all summer long in the Distillery District.

Lavazza IncluCity Festival will be taking over the historic neighbourhood and transforming it into a massive outdoor cinema village.

Trinity Street will be lined with outdoor theatres and patios, with a new theatre space that will offer a nice vantage point for attendees. Some of the more luxurious venues will feature couch seating and massive digital screens for an upgraded experience.

The festival will be screening a variety of films with a mix of Canadian and international short and feature-length options, with a focus on diversity and Italian representation.

Not only will there be movie screenings, but the festival will be showcasing a ton of local artists through installations, art exhibits, and live performances. Lavazza IncluCity Festival will also include panel discussions and gourmet tastings. 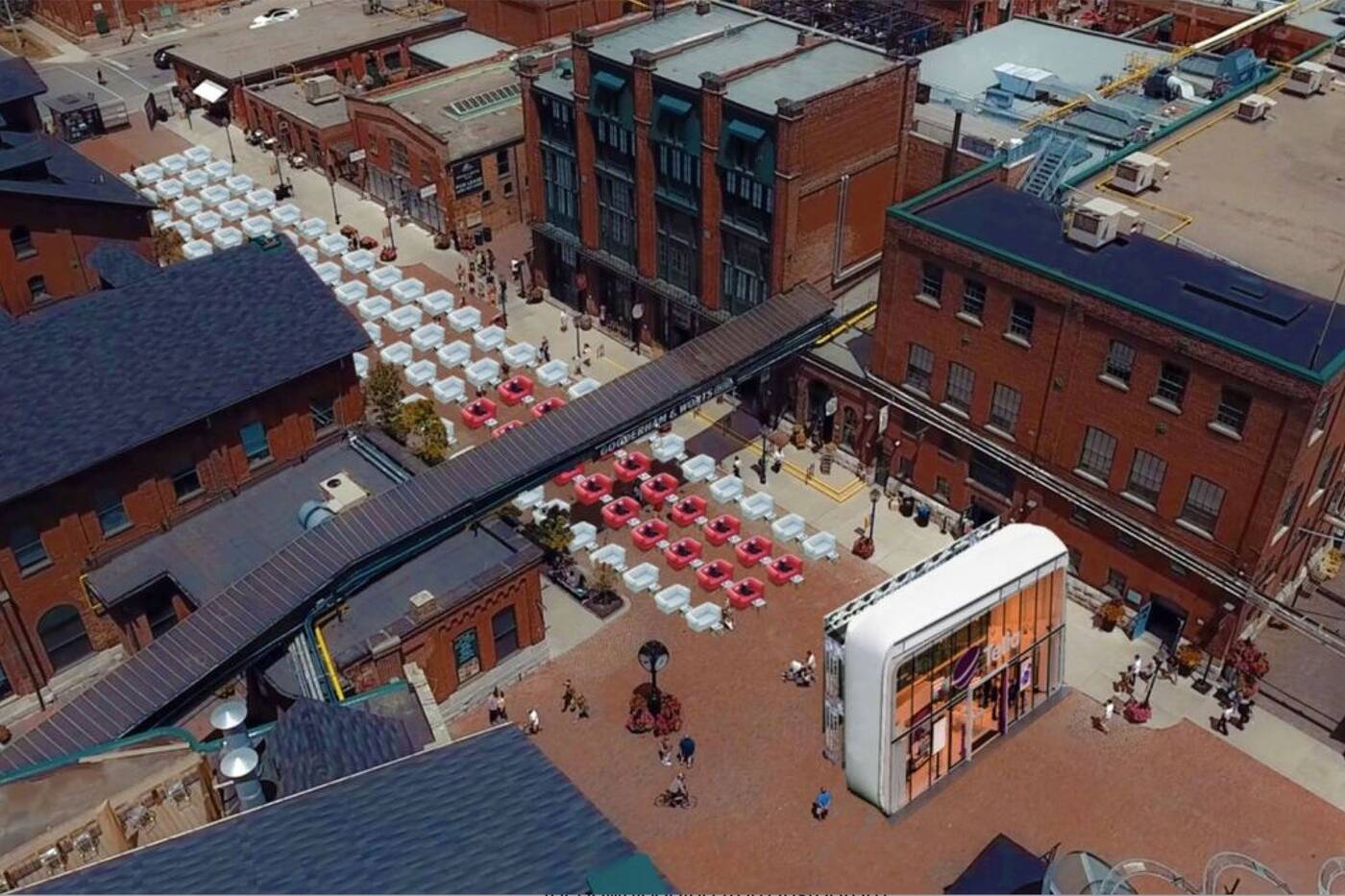 A rendering of what the screening area will look like this summer. Image via the Distillery District.

Last year's festival was held at Ontario Place as a drive-in event due to restrictions but Lavazza IncluCity Festival is now bringing people back together in a theatre setting.

Lavazza IncluCity Festival will take place at the Distillery District from June 27 through July 16.

Early bird movie packages go on sale on April 20 while general admission tickets are on sale on May 26.

The festival lineup has not been announced yet but will be  revealed the same day general admission tickets go on sale.