The history of Citytv's Toronto Trilogy

"There are three million stories in People City. These are three of them."

So began Toronto Trilogy, Citytv's gift to the people of the city on its 150th birthday in 1984. 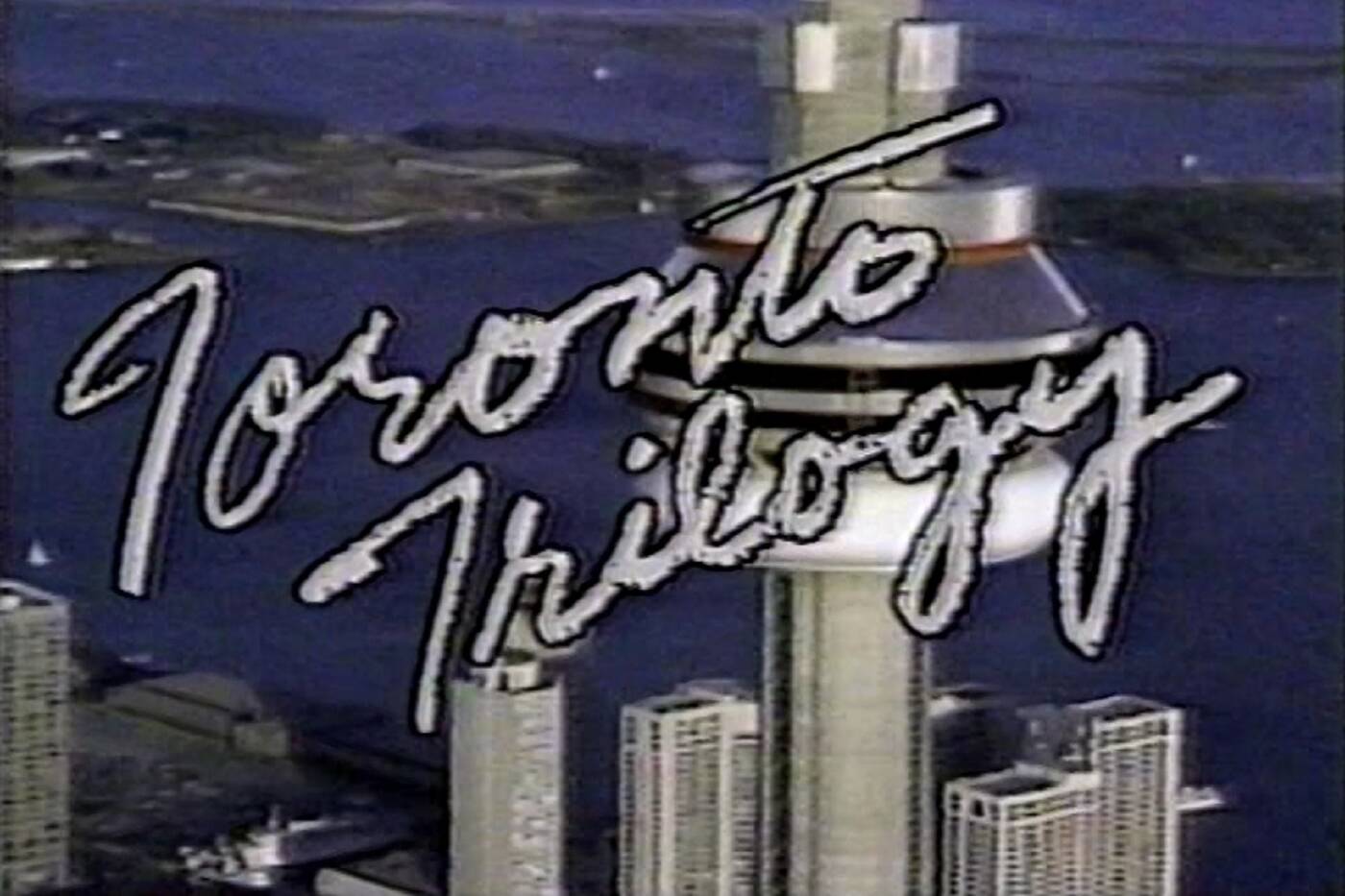 Happy Birthday Toronto! For the city's 150th, Citytv went all in on the celebrations. Courtesy of Retrontario.

Doin' it right on the wrong side of Queen

In 1983, Toronto’s most exciting channel Citytv (located then at 99 Queen Street East) was undergoing extraordinary expansion.

The "Little Station that Could" had recently celebrated its 10th anniversary and was on the cusp of a new and even more unique style for the 1980s. 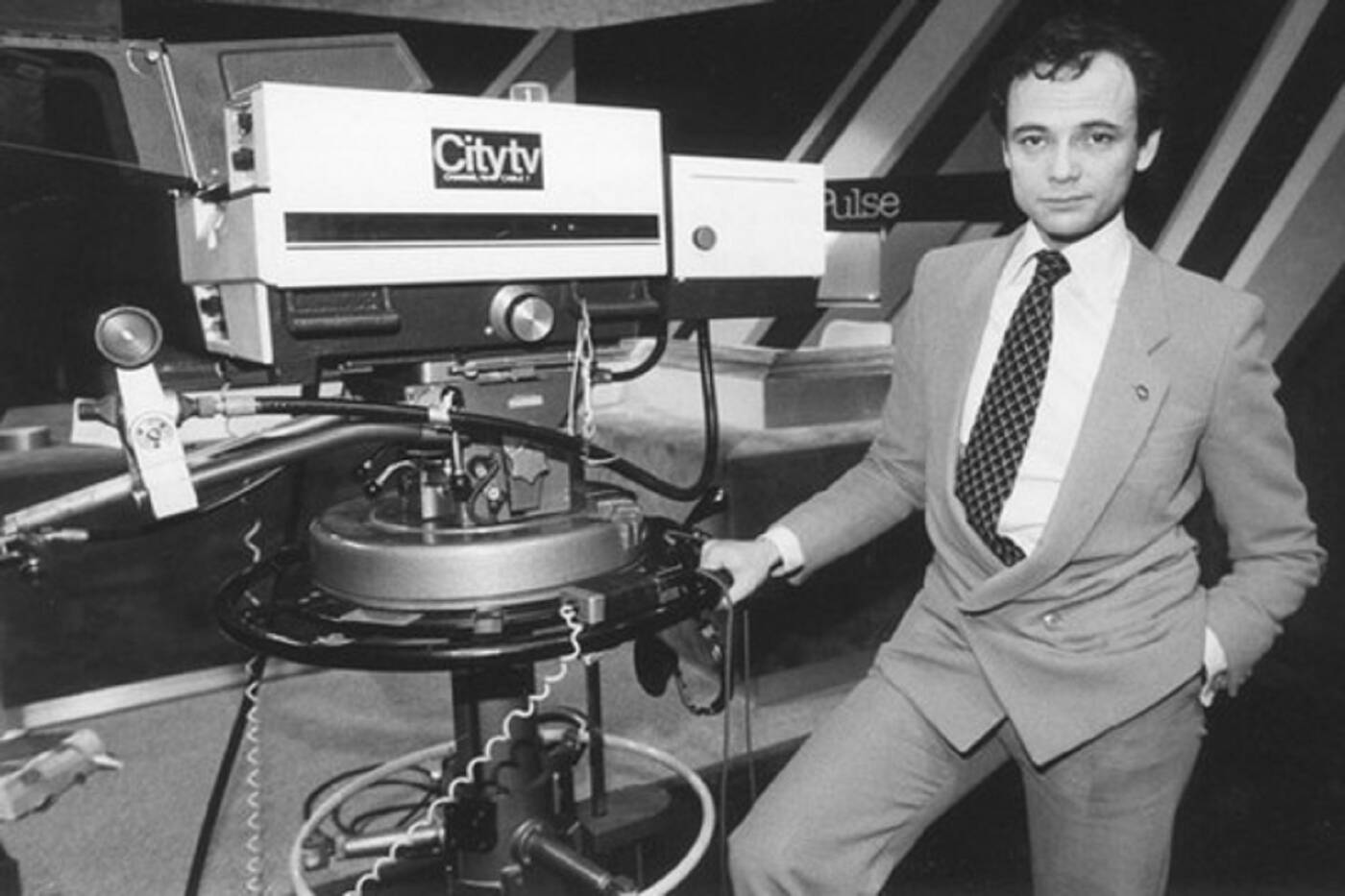 Man with a plan: Citytv creator and executive producer Moses Znaimer was disrupting the airwaves with a non-stop barrage of possibilities that were genuinely challenging the medium. Courtesy of Retrontario.

First up was their application for a 24-hour music station. Citytv had excelled in local music coverage with series like The New Music, and in 1983 created a short film that served as a dry run for making music videos — I Am a Hotel.

I Am a Hotel was filmed on location at the King Eddy soundtracked by the mesmerizing Leonard Cohen, and it served as Citytv's first official original dramatic production.

Later in 1983, Citytv ran a citywide treasure hunt contest (The Great Toronto $50,000 Diamond Hunt!), which was like a proto Amazing Race with Toronto locations and clues every night during the late great movie. 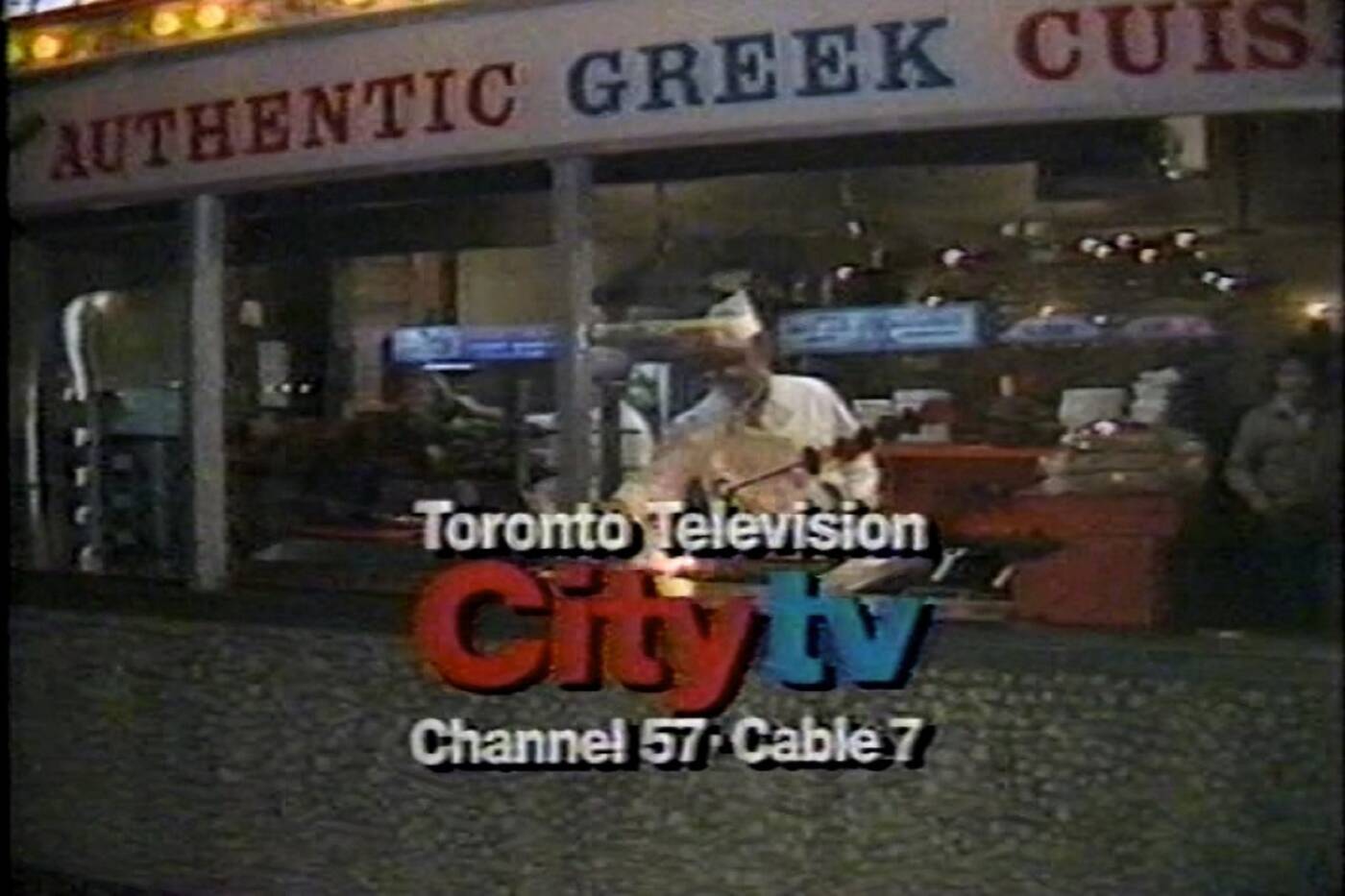 From the corner of Bathurst and Bloor, this is Citytv... EVERYWHERE. Courtesy of Retrontario.

They also moved down the dial from channel 79 to channel 57. Things were getting exciting.

In June of 1983, Citytv announced they would be accepting spec scripts for short films. They wanted bold and original stories set in Toronto.

No formal experience was required.

The best three stories would be produced and packaged together as "Toronto Trilogy" and air as part of Toronto's Sesquicentennial celebration in 1984. Local grocery powerhouse Knob Hill Farms signed on as the main sponsor.

Citytv received over 1,000 entries and whittled it down to the winning three:

"The Golden Promise" by Brian Tremblay, about two people who meet on a train headed to Toronto; "Streetwise" by Dennis Eberts about a tough Toronto cop who starts a group home for troubled teens; and "Neighbours" a comedic look at the latent racism of middle-class people who pride themselves on their tolerance. 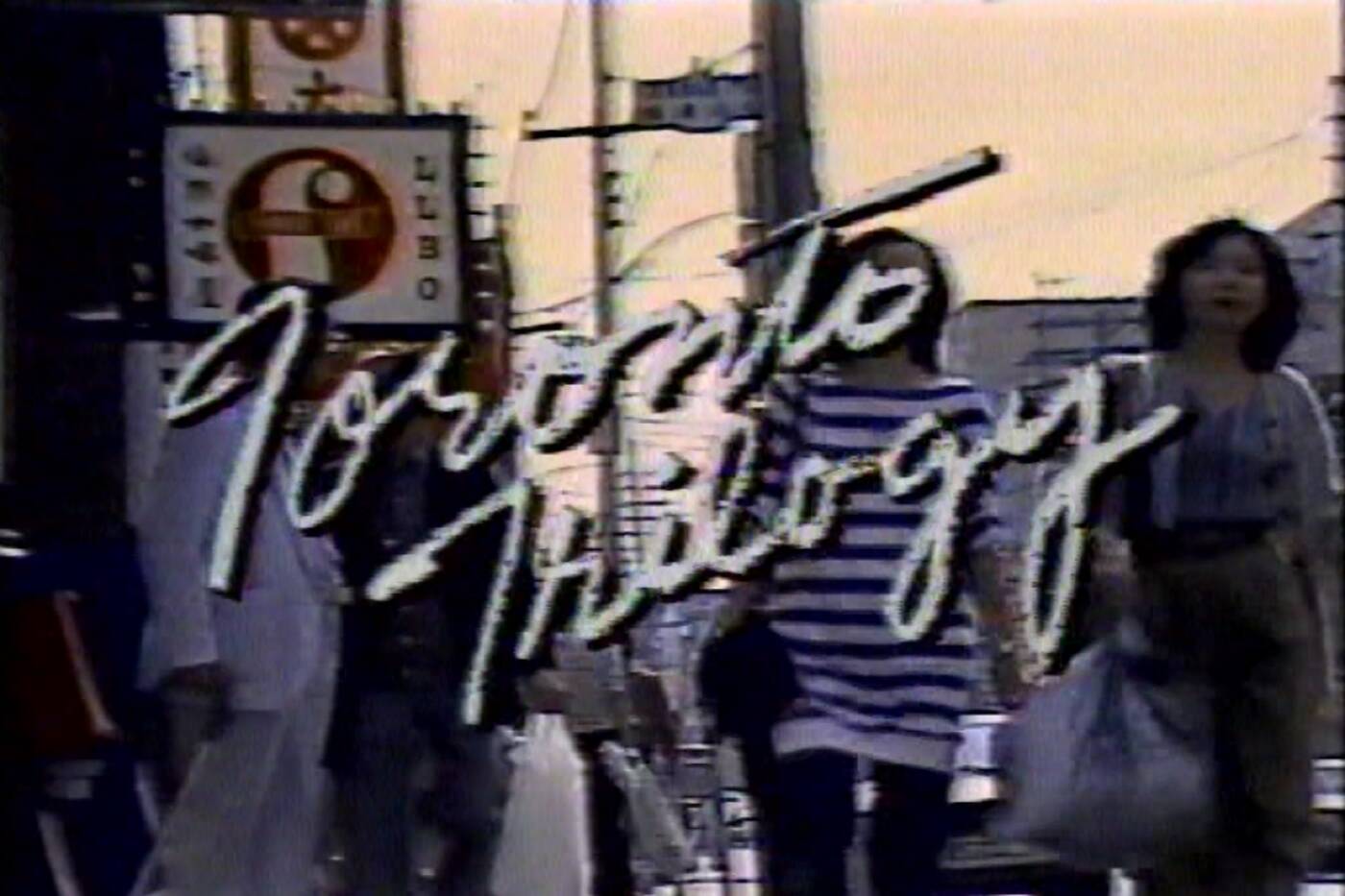 The three short films were budgeted at $100k each and shot on location in the city during the summer of 1983 by director Mario Azzopardi.

Azzopardi used the crew of Citytv's CityPulse newscast to shoot the stories, to capture them on videotape (instead of film) as if they were really happening on the streets of Toronto. 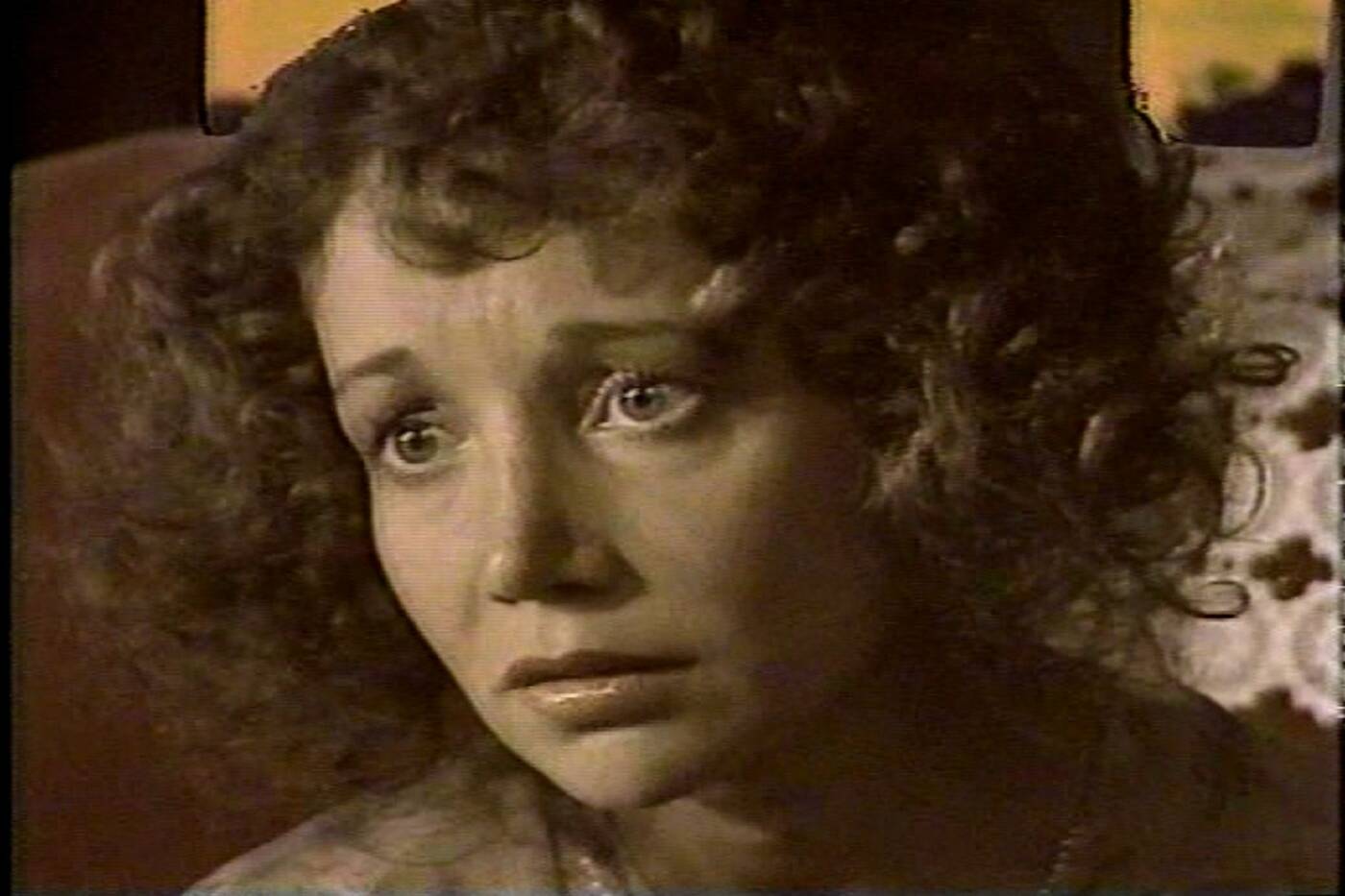 A long way from Elsinore Castle: Lynne Griffin starred in "The Golden Promise", the romantic start to the Toronto Trilogy. Courtesy of Retrontario.

Citytv had big plans for Toronto Trilogy, and hoped it might help them launch original drama that could compete with the CBC.

Funding came from the Canadian Film Development Corporation (later and better known as Telefilm). Director Azzopardi stated at the time "It would be much healthier for Canada if it's not just the CBC producing homegrown drama."

During production, it was the "Streetwise" story that seemed to have the longest legs. Insiders at Citytv began to refer to it as a "soft pilot" that could spurn a multi-part series.

However, when Toronto Trilogy was finally broadcast in the spring of 1984, it was the "Neighbours" segment that truly caught fire with audiences.

"Neighbours" starred loveable Harvey Atkin (Meatballs) as a Racoon hunting Hungarian gypsy, and Nonnie Griffin (fresh off her stint as a co-host on the Polka Dot Door) as his wife.

The story involved their experiences with a WASP-y middle-class couple who moved in next door. "Neighbours" was named by the Toronto Star as the "funniest, freshest Canadian TV in years." 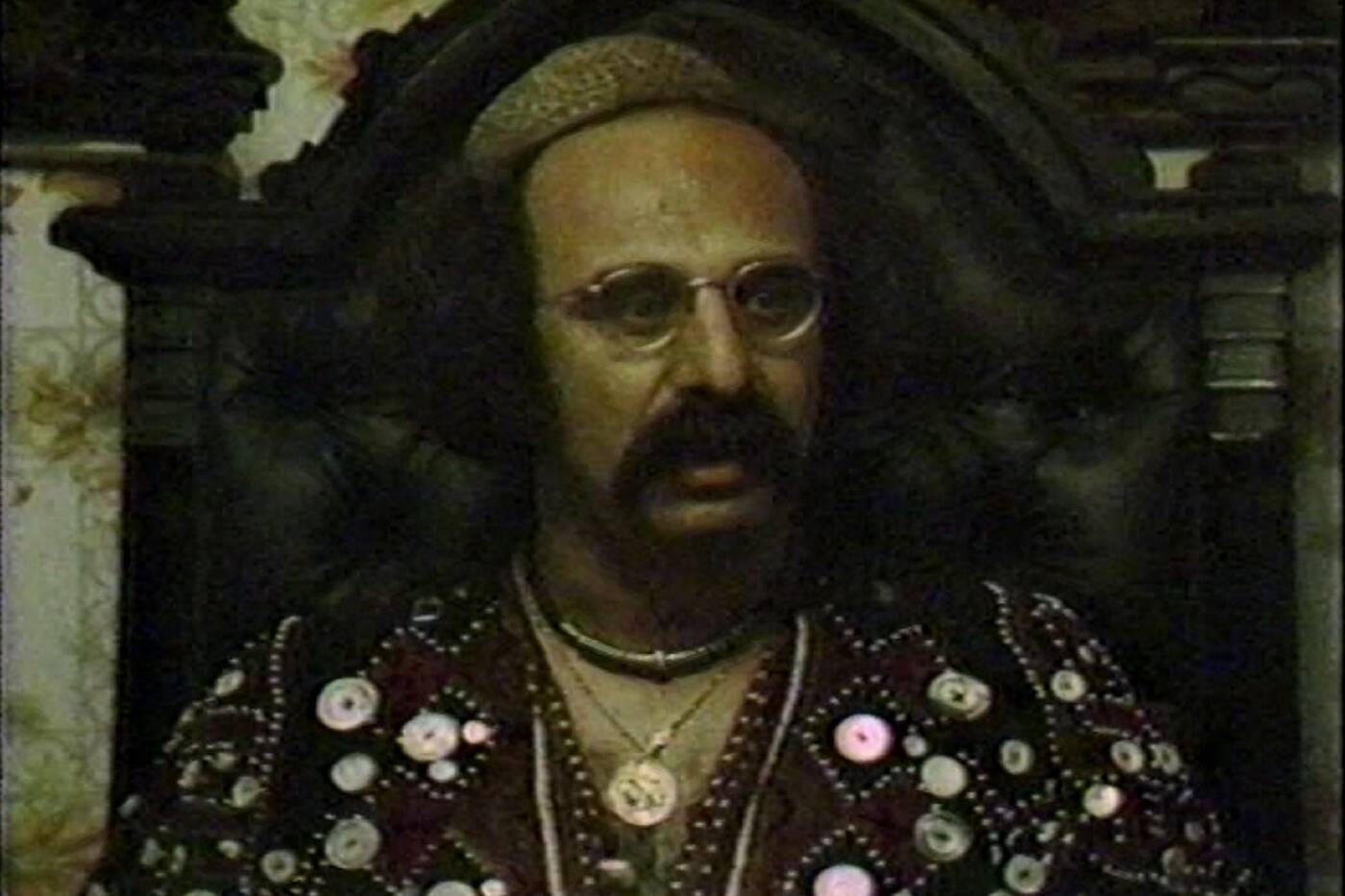 The mighty Harvey Atkin steals the whole show in "Neighbours". Courtesy of Retrontario.

It proved so popular in fact, it was re-run by the CBC in the fall of 1984, who themselves had hoped to turn it into a fully-fledged series.

Sadly, it was not to be, however, TV critics named it the second-best show of 1984, narrowly losing out to CBC's Seeing Things.

Legacy of the Toronto Trilogy

In the end, Toronto Trilogy was yet another innovative Citytv production that both celebrated Toronto culture and reflected the reality of what the city truly looked like, which had been Citytv's mission statement since their inception. 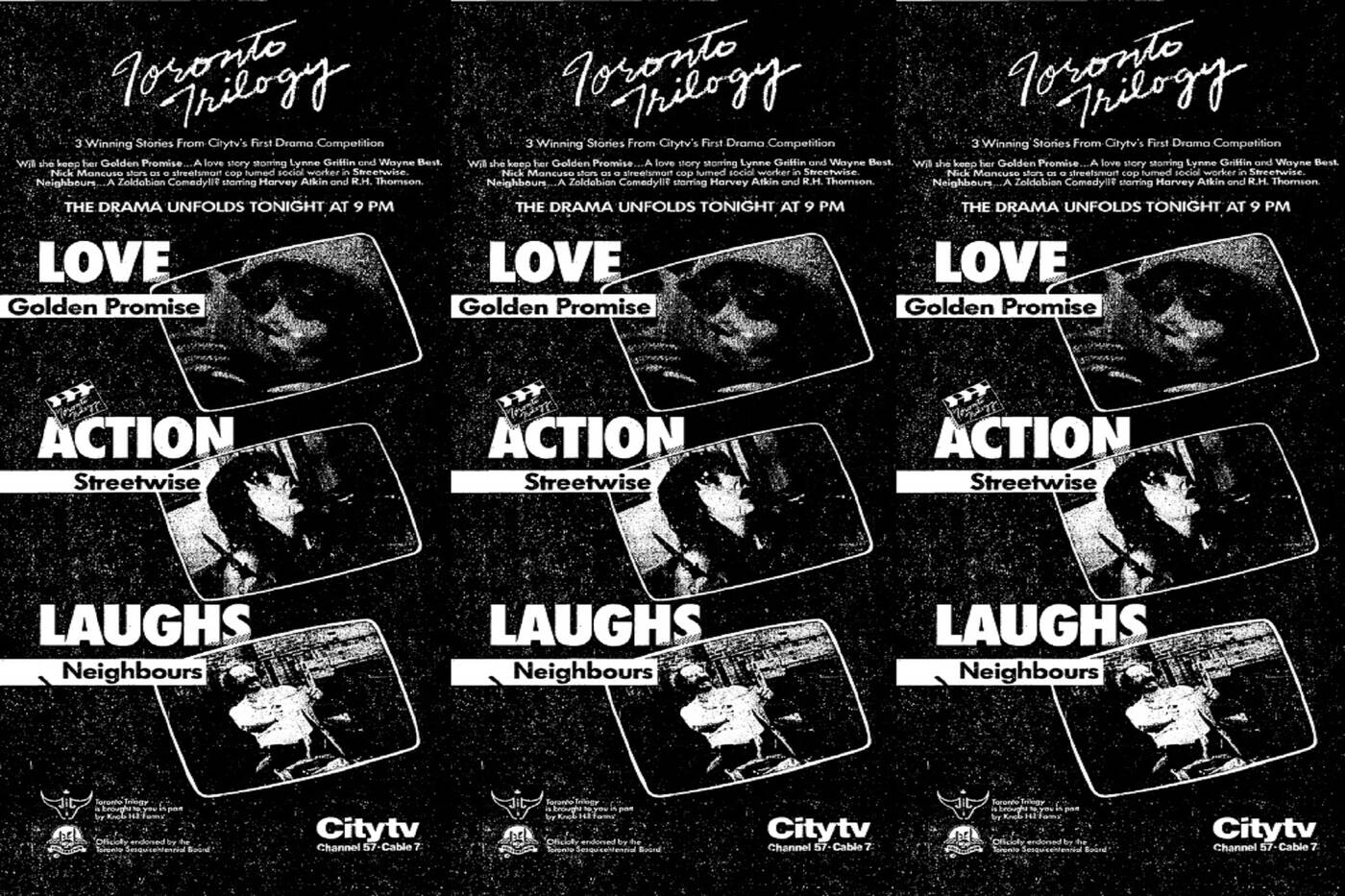 While the channel ultimately decided to pursue non-fiction programs, their experiments in original drama are fascinating time capsules of Toronto in the early 1980s.

Retrontario will be live-streaming a recently discovered off-air recording of the full Toronto Trilogy (with original commercials!) all weekend. You can tune in here.