The hit Netflix show The Umbrella Academy is filming its third season right now, meaning we'll likely be spotting Elliot Page and the rest of the cast in and around Toronto.

With all the snowfall we've been getting, it's hard to imagine how the cast and crew are getting anything done. But flurries have never stopped the show's production team before. 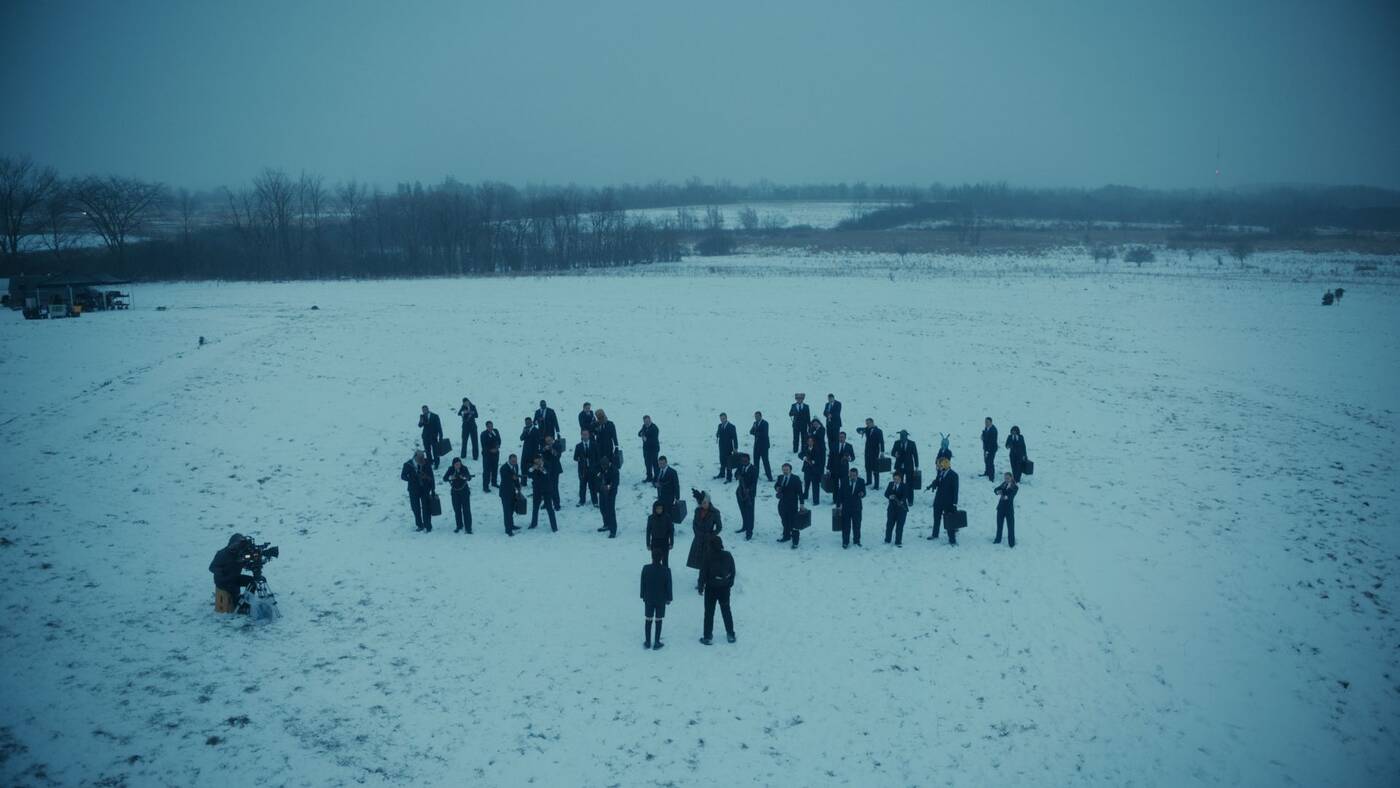 There was an unexpected snowstorm during The Umbrella Academy's final scene shoot of Season 2.

According to SpinVFX, the Toronto company responsible for The Umbrella Academy's visual effects, the team was blindsided by an unexpected snowstorm during the filming of Season 2's finale, The End of Something.

The massive battle scene, which was shot in a Pickering field in November 2019, involved 8,000 agents, the majority of which were CG.

Half way through filming, it started to snow. 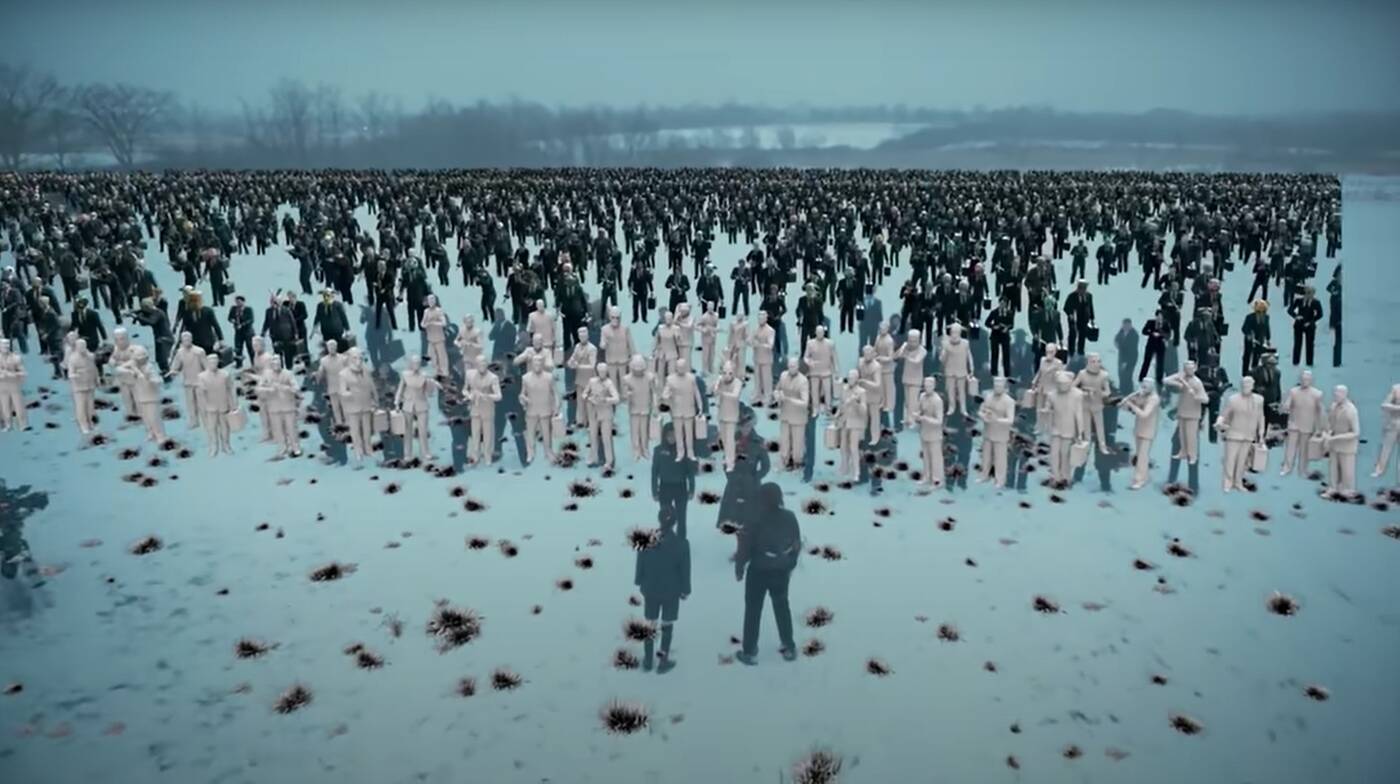 The scene was shot in a field in Pickering during November 2019.

"What we didn't expect was the big snow storm that hit the on-set crew the day that they shot these scenes," said Campbell.

"For continuity, we had to remove all of the snow in post-production and re-do the entire sky and field environment so that it matched the rest of the sequence."

It took 60 SpinVFX artists specializing in everything from 3D modeling to matte painting and CFX, and three months to complete the edit.

"Our artists had to sculpt, texture and animate the thousands of agents, all of whom we then had to 'kill' with a massive shock wave effect," says Campbell. 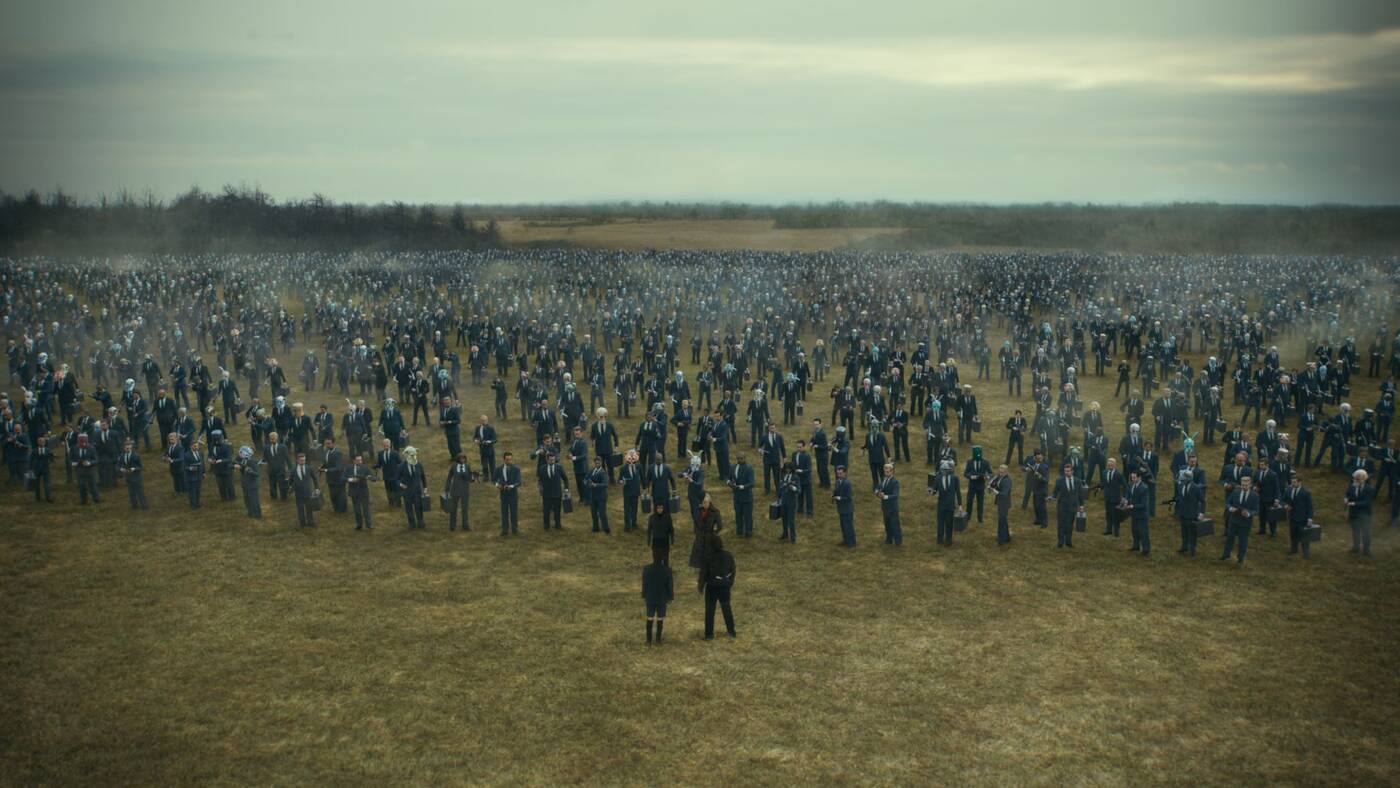 It took three months and 60 Spin VFX artists to complete the edits for the final scene.

The final result: an epic battle involving thousands of agents on a grassy field, transformed from a frigid snowscape with the main cast and a handful of extras.

"One of the great benefits of shooting in Ontario is that there are so many locations in Toronto and the surrounding areas for filming," said Campbell.

"It just means that we have to get creative when we have the occasional snow storm!"