This TIFF will be remembered for many things, but above all it may finally be the festival where Scarborough native Stephan James gets the international attention he well deserves.

James began his career at TV series like Clue and My Babysitter's a Vampire, eventually landing the role of Julian on the iconic Degrassi franchise that also help propel another local to what some may consider a modicum of fame.

His 2012 film Home Again gained him his first Canadian Screen award nomination. He had a small but crucial role in Ava DuVerney's celebrated Selma portraying John Lewis, the young leader who led the march across the Edmund Pettus bridge.

2015 saw James have a significant role in the TV mini-series The Book Of Negroes and was declared to be one of TIFF's annual "rising stars".

In 2016 James landed the starring role as Jesse Owens in the Canadian/French/German co-production of Race where he would win best actor as the CSAs. 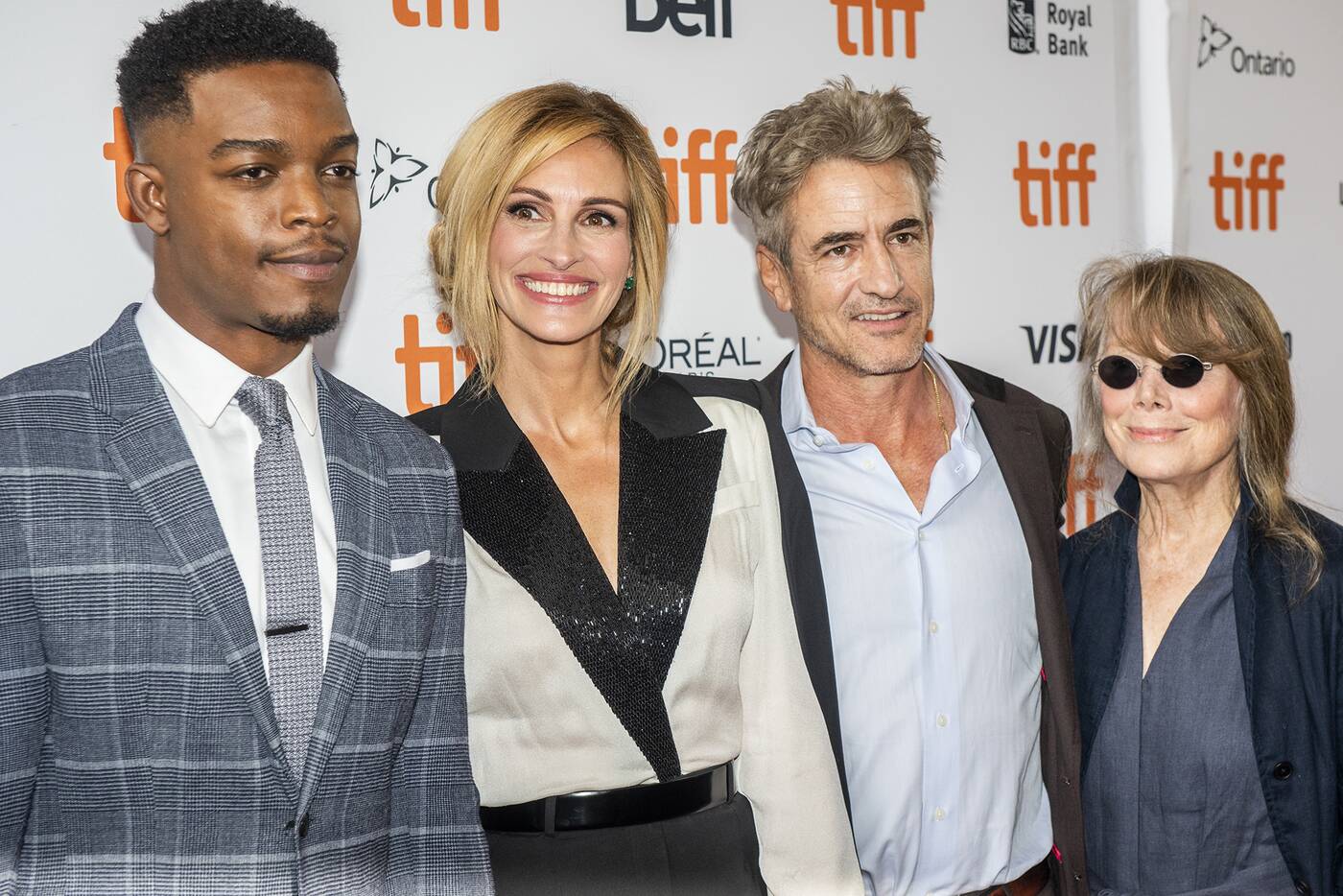 Stephen James with co-stars Julia Roberts, Dermot Mulroney and Sissy Spacek before the world premiere of Homecoming at TIFF. Photo by Hector Vasquez.

In 2018 James not only stars as military veteran Walter Cruz in the upcoming series Homecoming, he made his most significant star turn in If Beale Street Could Talk, Barry Jenkins' return to direction following the Oscar-winning (and TIFF 2016 hit) Moonlight.

In the film James plays Alonzo "Fonny" Hunt, an artist in love with his childhood sweetheart that finds himself unjustly arrested for a crime he did not commit. It's a film of power and nuance, requiring an exceptional lead to capture all the colours that James Baldwin's novel conveys.

Stephan James — remember this name. Between IF BEALE STREET COULD TALK and Amazon’s HOMECOMING, he’s going to deservedly be a big deal. #TIFF18

While no stranger to Canadian audiences, 2018 is clearly the year where the world will take more notice of this remarkable homegrown talent.