Toronto-born comedic legend Jim Carrey is one of the many A-List stars who've popped into town over the past week for TIFF-related happenings.

Appearing just a few days after giving what many are calling a "bizarre" interview at New York Fashion Week, Carrey was every bit as candid and hilarious as fans would expect him to be.

Jim Carrey popped in to serenade the crew with a little @bandofhorses. #ceasetobegin #tiff2017

In addition to a dramatic kiss for someone in a Tony Clifton costume on the red carpet, the actor spent a good deal of time speaking to reporters at the premiere for Jim & Andy: The Great Beyond, touching on such things as losing himself in a character and wanting to be a SUNshine boy.

Carrey also lamented during a Q&A; session that he wished he had let Spike Jonze, who produced Jim & Andy, direct his 1995 film Ace Ventura: When Nature Calls.

"I was stupid enough to turn him down to direct Ace 2, cause I had no idea who he was," he said, "and I've been kicking myself ever since." 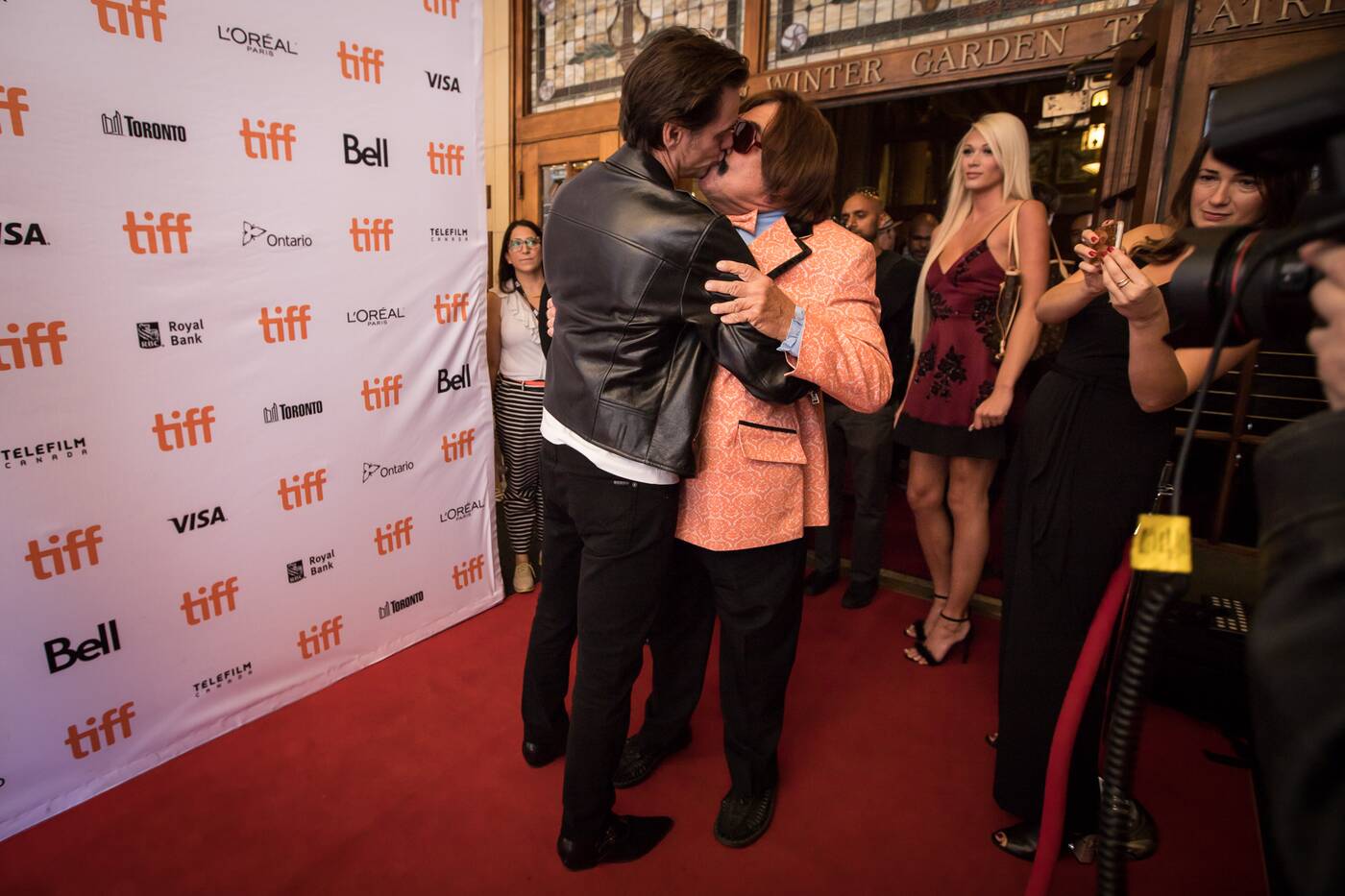 A lot of eyes were on Carrey, who appears to be under more scrutiny for his behaviour than usual, at his TIFF screening Monday.

On Friday, people on Twitter started speculating about Carrey's mental health after he told an E! reporter that "I don't believe that you exist," "we're a field of energy dancing for itself and I don't care," and "there is no me," among other things.

Well, you definitely can't say that Jim Carrey gives a boring interview: "There is no me. There's just things happening." pic.twitter.com/HatQ6mHsKp

Carrey didn't get overtly existential in Toronto, but he was certainly maximum zany.

Who would want him to be anything else?