The best and worst things about TIFF 2014

TIFF tends to generate a lot of talk about movies. Rightfully so. It is a film festival, after all. But as anyone who has ever attended knows, it's not just about the movies you see, but the experience around them that can really make or break your day-to-day festivaling. After all, if the experience didn't matter, we'd just wait for these movies to pop up on Netflix.

With that in mind then, here's a list of the good and bad things about TIFF this year that made it both a great and sometimes less than great experience.

The Grolsch Open House
There were a lot of open spaces and concert areas available during TIFF's opening weekend, but one of the highlights was the Grolsch Open House. There you could have your likeness drawn by local Toronto artists, witness creative battles, take part in a dance party, consume some food truck goodies, and--of course--enjoy a cheap beer. It proves to be a nice play to stop during movie marathons. 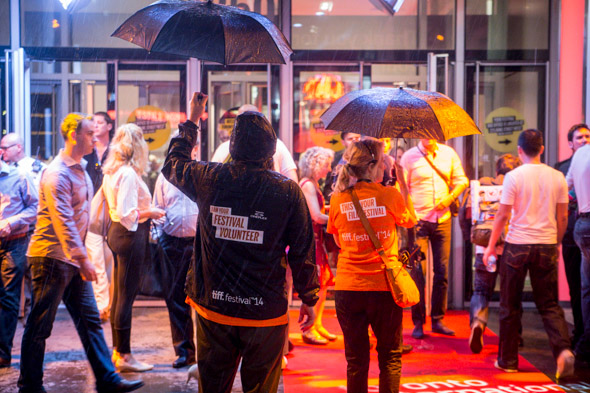 The Volunteers
The orange-shirt heroes, those who give their time freely and nobly for the love of film, continue to be the day-to-day MVPs of TIFF. They never fail to go above and beyond--whether it's holding doors open, offering a friendly "Hello," shining a guiding light in and out of darkened auditoriums, or using their bodies to form human chains to fend off line-cutters. TIFF, quite simply, would not be the experience it is without them.

Extended Last Call
We Canadians are world-renowned imbibers of fine hops and liquor. So, frankly, any occasion to extend last call and let us imbibe longer is reason for celebration. All the more so with a social experience like TIFF--whether it's the army of star-studded parties, the spontaneous "Wanna grab a drink?" excursions with fellow movie lovers, or those just wanting to take advantage of the festival to party a little longer into the night. 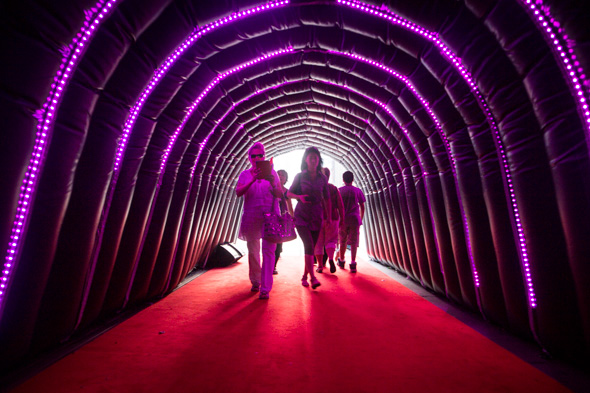 Festival Street
TIFF's new initiative this year to shut down King Street (from University Avenue to Peter Street) for the first four days of the festival was a welcome addition to the fest. It was particularly nice to have all that space to use for impromptu chats, or just general walkability and post-film leg stretching. It wasn't all perfect, of course, but it proved to be a promising start of a new potential tradition: turning King Street into a temporary pedestrian zone and street festival that makes TIFF feel like the major city event it really is.

Seeing Small Movies on Big Screens
One of the joys of TIFF has always been the chance to see little foreign or independent films in a big way--on giant screens they'd usually never be shown on. That was especially true this year as TIFF took over all of Scotiabank Theatre and films like The Duke of Burgundy, Clouds of Sils Marias and others even found their way on screens as large as the IMAX's. Art and independent fare on a screen multiple stories high? Cinematic bliss. 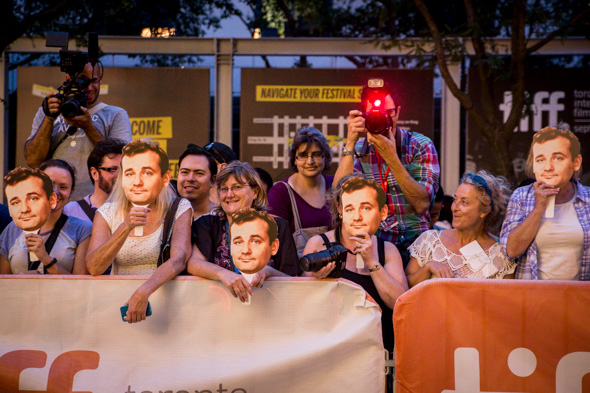 The Joys of Being Surrounded by Movie Lovers
It doesn't matter how many people swarm to attend TIFF, it still somehow always feels like an intimate community gathering. That's because everyone is united by one shared trait: a love of movies. There's something wonderful about sitting in a packed TIFF screening and being surrounded by movie lovers you know are just like you. Especially when you have the good fortune to slip into conversation with one of them. It's why "So, what have you seen?" is one of the most exciting questions you can get at TIFF, and the one with the most rewarding results. 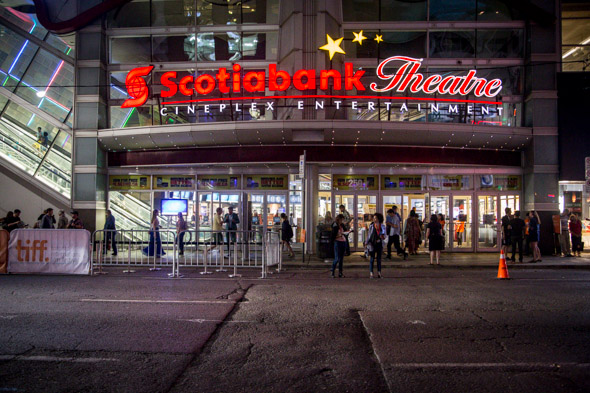 The Reclining Seats at Scotiabank
Not too long ago Cineplex renovated their seating. On paper, the softer, more comfortable seats which recline to a greater degree sound like a dream. TIFF proved that they could be somewhat of a nightmare instead. Knees and shins could frequently become bruised casualties due to the fact that seats recline too far back and smash right into someone else (especially if you're tall). The worst part is that while the seats may have become especially noticeable during TIFF, we're now stuck with them year round.

Mobile Phones
It's an age-old complaint, but one that's continually renewed: phones are the archenemy of the festival and moviegoing experience. People continue to inexplicably pay $24 dollars to see a movie and then not actually watch it. Instead, they're checking insignificant texts (unless you're a heart surgeon, it can wait!) or expressing their boredom by flipping through home screens to no purpose. I can only imagine how bad things will get if that newly announced Apple watch takes off. 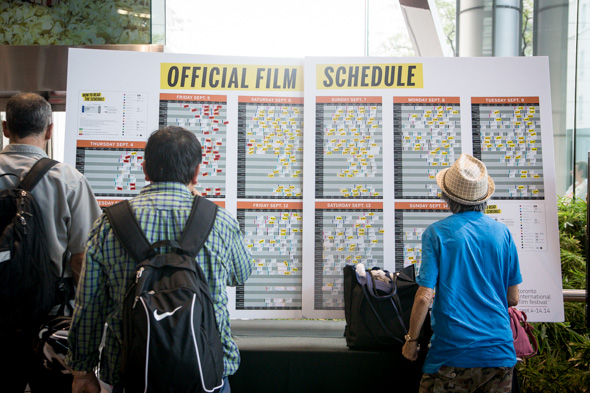 Premium Tickets
Increased ticket prices are an annual complaint at this point for TIFF-goers, and justifiably so. For those who like straining their credit cards, this year something something called the Buzz List Pack was offered. For $1,500. The worst part, though, for people who signed up for regular advance ticket packages an increasing amount of the films screening at the fest are now earmarked as premium and no longer available for selection. There was a time that only the red carpet premieres at Roy Thomson Hall were blocked off. Those days are long gone.

Thanks to the Equalizer, starring Denzel Washington, for sponsoring our coverage of TIFF 2014.