Photos of the new RoboCop being filmed in Toronto

RoboCop is in Toronto, and he looks even more menacing than before in his new black suit. Filming at U of T this weekend, the remake to the 1987 action classic is in full swing, and local photographer Ronnie Yip â whose photos you've seen elsewhere on these pages â was persistent enough to catch some of the spectacle.

"After much harassment from the crew, I was able to get some pretty clear shots of the half-man/half-robot himself," explains Yip. "In this particular scene, Robocop was being unveiled to the city of Detroit. Then, there was some sort of hostage situation going on afterwards." Also worth noting: God hates robots.

The film, which stars Samuel L. Jackson, Gary Oldman, Joel Kinnaman (as RoboCop) and a rather tired looking Michael Keaton is due out August 13, 2013. So perhaps we'll get a few more chances to see the tormented cyborg in action on Toronto streets before the cast and crew locks itself away in the studio. 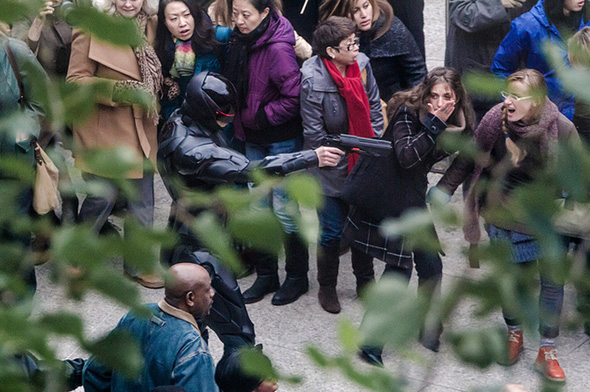 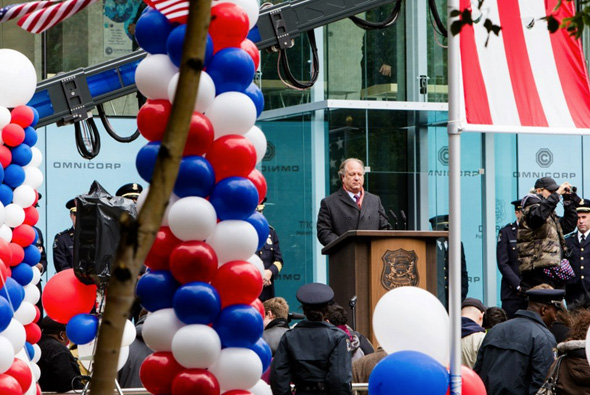 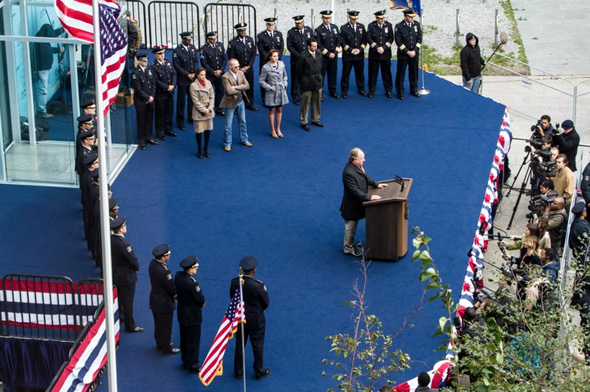 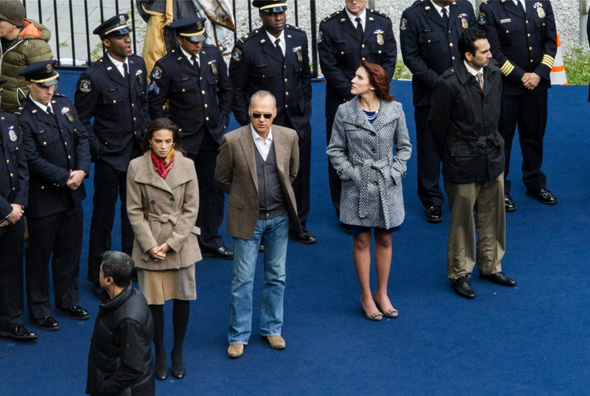 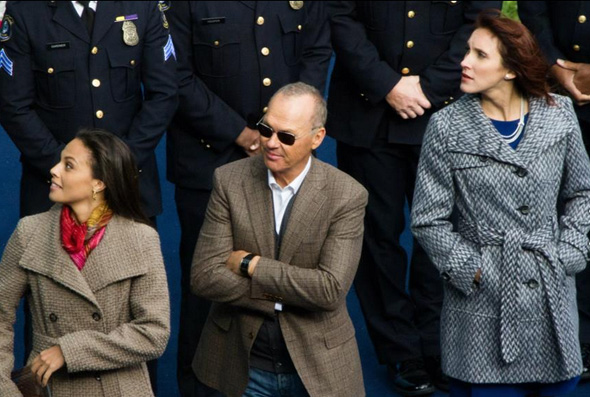 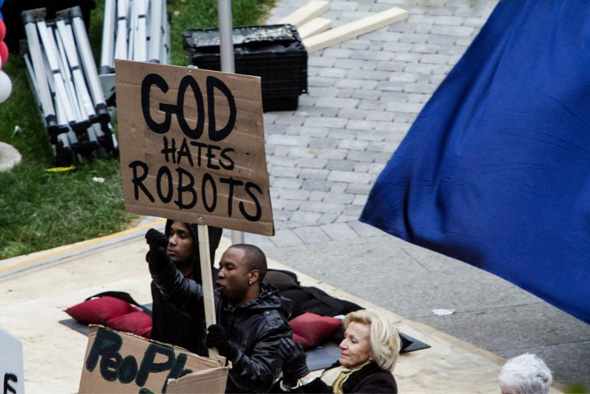 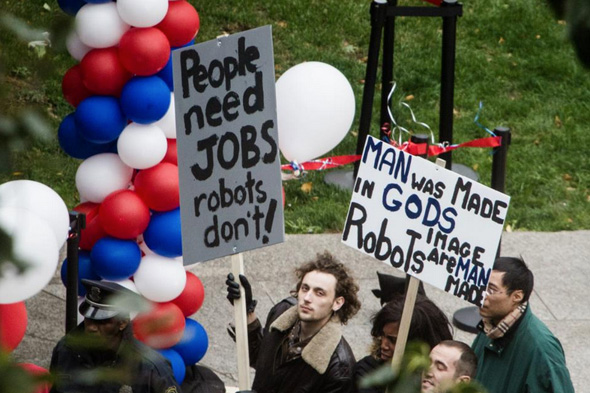 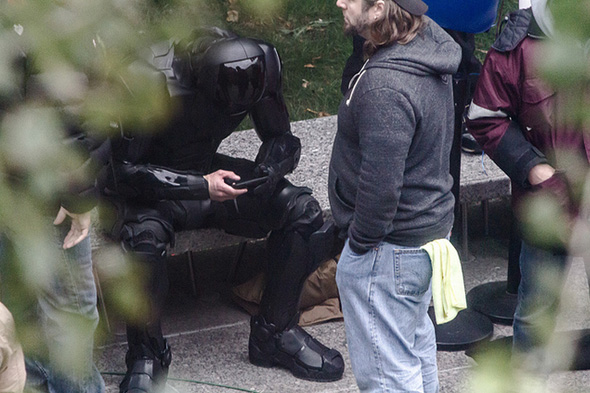 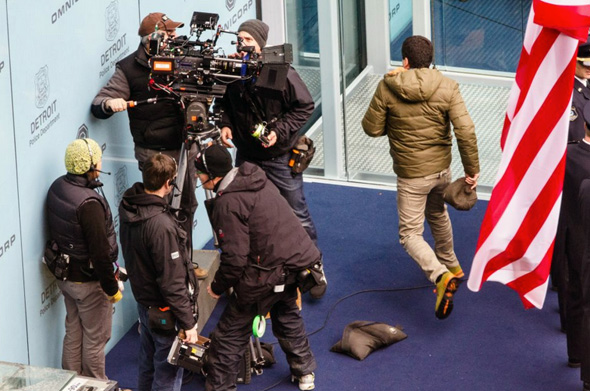 All photos by Ronnie Yip