With its continued commitment to education, accessibility and community growth, the Regent Park Film Festival remains a distinctive and important presence within Toronto's festival circuit.

Entering its eighth year, the free four-day festival kicks off this Wednesday, November 3rd with a dynamic lineup of shorts, documentaries, and music video projects designed to reflect relevant concerns within the Regent Park neighbourhood - including urban renewal, cultural diversity, and media creation.

In addition to film programs, the festival will also be holding panel discussions with guest artists and filmmakers, and hosting gala performances by Montreal's No Bad Sound, LGBT activist and performer Troy Jackson, and spoken word artists Ali Rizeig and Yusra Khogali.

This year, screenings and panels will be held at Lord Dufferin Public School, with all performances taking place at Dominion on Queen. The festival is also providing complimentary childcare to those who need it, and local chefs will be on hand preparing an assortment of international dishes for audiences.

Some noteworthy screenings this year include:

Heart of Stone (Beth Toni Kruvant, USA, 84 min)
In 40 years, Weequahic High School in Newark, New Jersey went from being one of America's top schools to one of its most violent. Principal Ron Stone is the man tasked with reestablishing a sense of order in an institution divided by gang warfare, but must do so through unconventional tactics. A popular entry at Slamdance and the Toronto Jewish Film Festival, Kruvant's documentary offers up a compelling portrait of a community in flux, but avoids clich茅 by incorporating the voices of former alumni alongside current students. The ending packs an emotional wallop, so be prepared.

Our Compass (Tess Vo, Canada, 29 min)
Vo, a group facilitator at the Griffin Centre in North Toronto, turns the camera on eight LGBTQ youth with developmental disabilities and asks them to respond to questions on sex, dating and coming out, and their responses range from humourous to heartbreaking. As Vo's directorial debut, the film is a straightforward and unpretentious interview piece that's elevated by its frank depiction of a group of young Torontonians forced to struggle with stigma and marginalization.

My Toxic Baby (Min Sook Lee, Canada, 45 min)
Since its premiere at last year's Toronto International Film Festival, My Toxic Baby has earned its fair share of both fans and detractors. Still, Lee's follow up to Hogtown: The Politics of Policing and Tiger Spirit is a solid film, and sure to stimulate conversation about environmental toxicity, raise awareness of the dangerous chemicals that lurk in everyday products and suggest available alternatives to concerned parents. Particularly eye-opening are the segments on elimination communication and "pox parties." 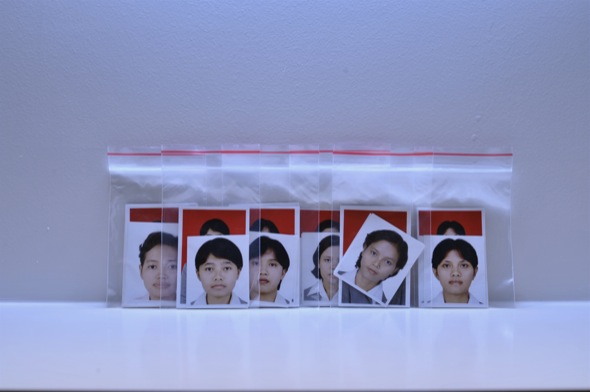 Vous 锚tes servis (Jorge Le贸n, France, 59 min)
Each year, thousands of young Indonesian women are recruited by agencies promising to train them as maids, and are then sent off to the Asian mainland or the Middle East in search of opportunity. But without the proper papers, these women often face exploitation and abuse at the hands of their employers. Le贸n doesn't shy away from exploring the socio-economic factors that help to create a system that abuses these women, but he still retains their humanity through recurrent and lingering shots of their faces. Highly recommended. 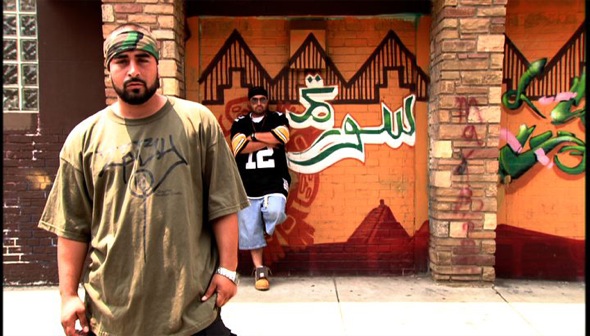 New Muslim Cool (Jennifer Maytorena Taylor, USA, 83 min)
Co-presented with Hot Docs, Taylor's 2009 documentary follows Puerto Rican-American rapper Hamza Perez as he abandons his life as a drug dealer in favour of one dedicated to his family, his music and his religious community in Pittsburgh - only to be forced to confront potential Islamophobia at the hands of the government when his mosque gets raided and his security clearance is suspiciously revoked. Taylor's visuals are sharp, and the score is excellent.

The Batty Boy's Revenge (Alison Duke, Canada, 4 min)
Duke's music video for Troy Jackson's rallying cry against homophobic violence is loud, colourful and doesn't pull any punches. Using sets made out of painted, monochromatic flats, the video stylistically evokes early 90's rap videos, but with recurrent shots of recent hate crime victims, there can be no doubt that the film is of a contemporary moment - and addressing a very contemporary problem. 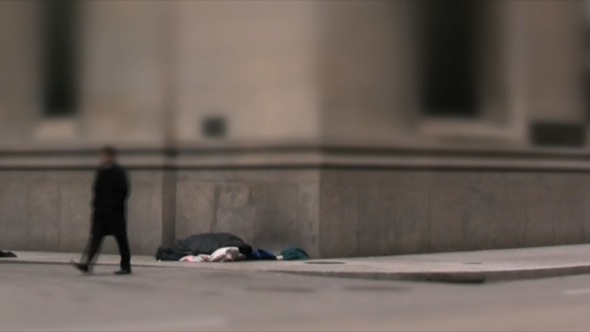 Love on the Street (Kerry Potts, Canada, 11 min)
Set to the strains of the Magnetic Fields' "When You're Old and Lonely," Potts and video artist Andrew McAllister interview members of Toronto's homeless community, and ask them for their opinions on love. The answers they provide are interesting, but the film's strongest accomplishment is the way in which Potts and McAllister are able to pair intimate shots of the participants' faces with warm, painterly shots of Toronto's landscape. The result is a visual aesthetic that renders public spaces into places of emotional possibility.

The Regent Park Film Festival runs from November 3rd to the 6th, and admission is free.