A peek inside the TIFF Filmmakers' Lounge

I'm not saying anything surprising here, but a TIFF Press pass is pretty sweet. Sure, the industry screenings could do with a little glitz and guest appearances, but the trade-off is a swipe card that gets you into just about anything: screenings, front row on red carpets, press conferences, industry rooms at the Hyatt, and venues like the swanky new Filmmakers' Lounge. 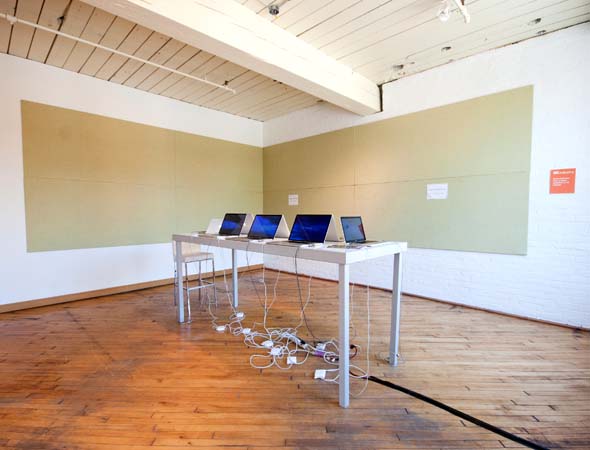 For the past 10 days, The Filmmakers' Lounge has been an exclusive bar, restaurant, and work space for TIFF delegates on the Northwest corner of Peter and Richmond. Naturally, I expected an awkward schmooze-up when I first walked into "the festival's new meeting place and official industry hub." Instead, I ended up in a second row seat for a discussion panel on the ins and outs of screenwriting with John Sayles. 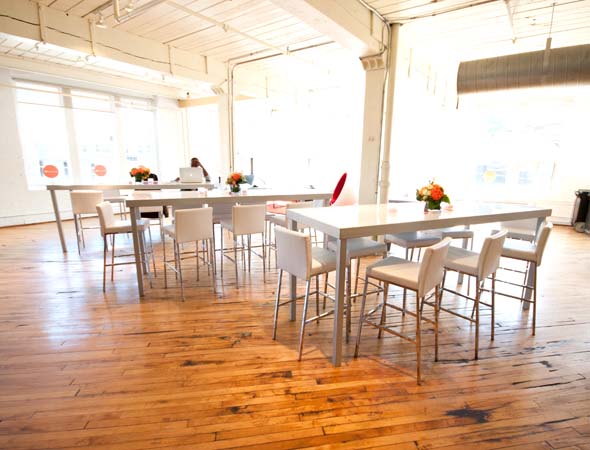 The "Meet with... The Screenwriters" panel - Sayles (Lonestar, Amigo), Dustin Lance Black (Milk, What's Wrong With Virginia), and Massy Tadjedin (The Jacket, Last Night) - covered a broad range of topics. Starting with the usual where they get inspiration... to the extent to which screenwriters are responsible for the art direction of a film... to maintaining professionalism when the script is no longer the one you wanted to write... to making parts look bigger than they are to lure desirable actors. Good stuff. 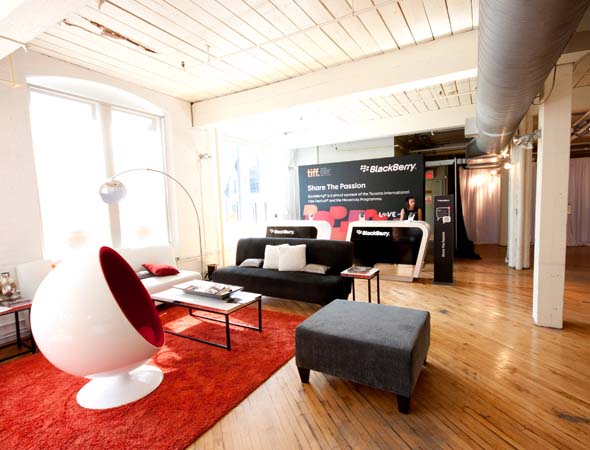 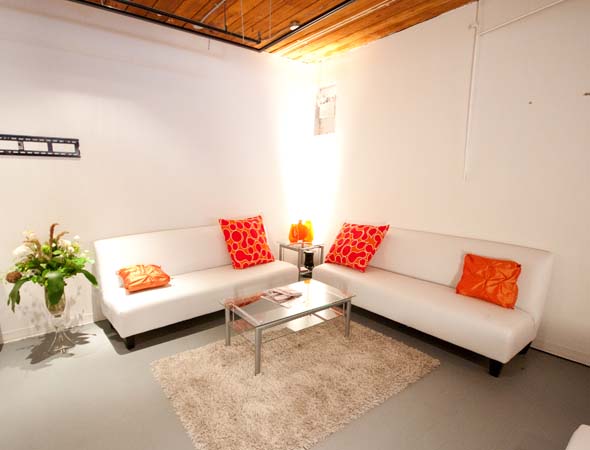 Meanwhile, in another part of the area upstairs, coffee and free WiFi were available. This is where folks were able to chill out on slick sofas and pod chairs with their laptops and smartphones. And they were. The "Gaming Corner" Xbox, on the other hand, didn't seem to be getting much use. 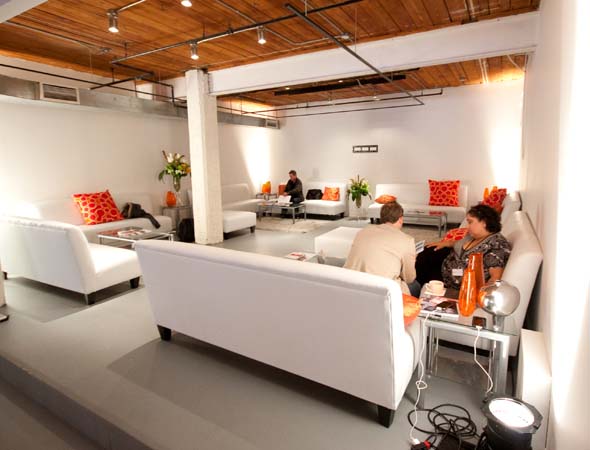 Downstairs, international film bizz and festival site, Indiewire had a camera set up for their daily lunchtime interview series. Cannes darling Xavier Dolan (How I Killed my Mother) was in for a chat about his latest film at TIFF, Heartbeats. Read about what the-21-year old acclaimed filmmaker had to say here. 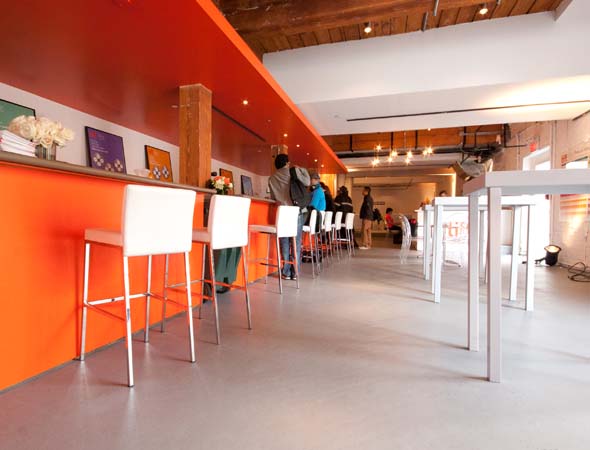 Later I turned up and Doc Roundtables were taking place, which from the outside looked like five people having a chat on a sofa. Twice a day, the Roundtables were an opportunity for documentary filmmakers to network with key distributors and programmers.

Like all things TIFF, the Filmmakers' Lounge will close today. 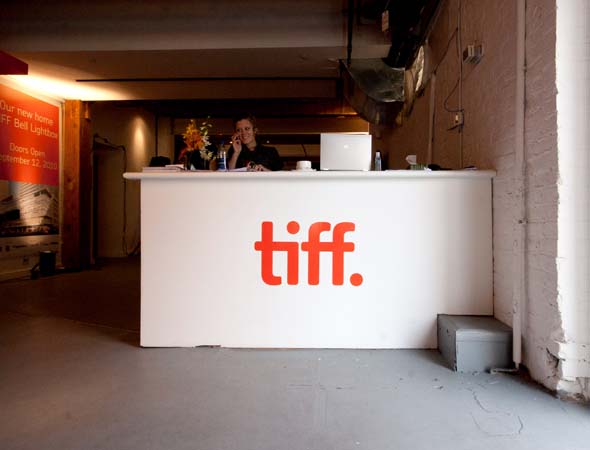