The Canadian Music Café, while created for industry people during the Toronto International Film Festival, offered an interesting selection of music over the last three days.

Located at Hard Rock Cafe's second floor stage, the mini showcase featured some diverse musical talent. This is where insiders can get a glimpse at some rising talent, perhaps striking new deals with film directors, marrying film with music.

Tuesday afternoon's set featured Martha Wainwright (pictured above, below) who has scored music for the upcoming film, Serveuses Demandées, in which you can hear a lot of her voice and guitar.

After her set, she told me she spends her time these days between Montreal and New York City. When asked what she likes best about each city, she said, "I like the café society in Montreal and the restaurants in New York." But Wainwright confessed to liking the audiences in Toronto, unlike her brother Rufus. 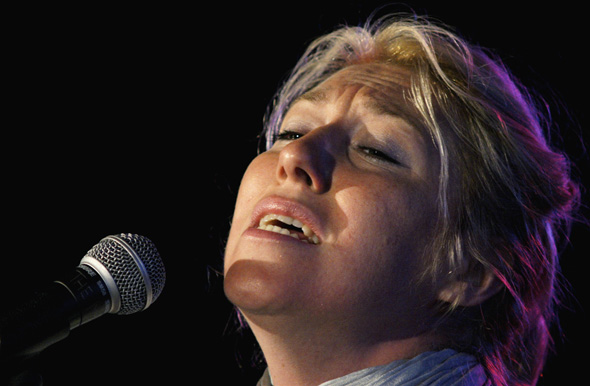 Wainwright's set featured the BMFA song, as well as highlights from her CD I know you're married but I've got feelings too, including the charming Bleeding All Over You. 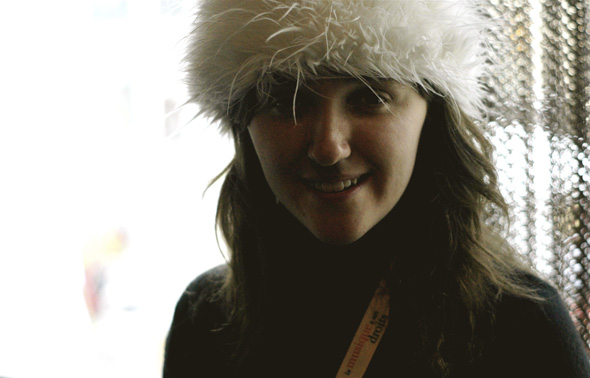 Earlier in the day's performances was Kyrie Kristmanson (pictured above), who said one of the best things about Toronto is the poets that have come out of this city, including Gwendolyn MacEwan and Michael Ondaatje.

"I'm a big fan of Guy Maddin too," said Kristmanson. "He is genuinely honest about his take on Canada. He captures the grittiness of the country and celebrates it." 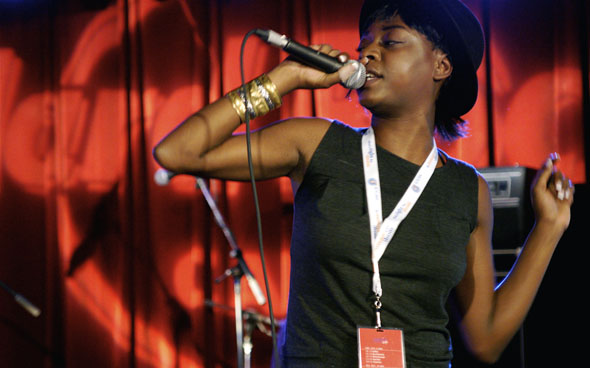 Other performers on Tuesday included Thunderheist, whose singer Isis (pictured above) danced about the small stage, trying to get the industry crowd to move, while her DJ counterpart Grahm Zilla looked bored twiddling nobs on the turntables behind her.

Granted, they're more used to playing for a party crowd. Perhaps they should have been asked instead to provide the tunes and the hype for one of the lively TIFF parties. In any case, you can catch them live next month as they're scheduled to play this coming Halloween at Circa. 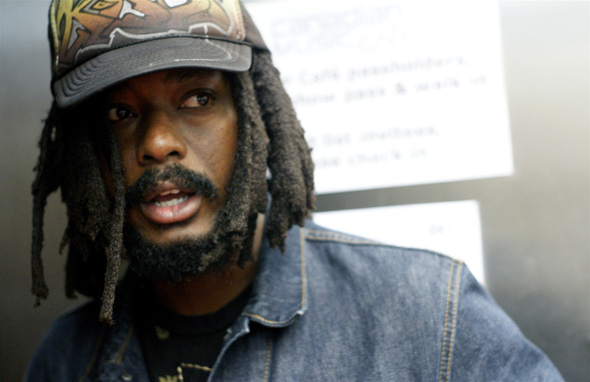 Other notable band and musicians performing at the Canadian Music Café included City and Colour and Lindi Ortega.

On my way out of Hard Rock, I crossed paths with k-os who was on his way in to check out the scene. You never know who you might run into in this city during film festival season.