Murder Party at The Bloor Cinema

Chris Sharp stars as a lonely nerd who stumbles upon an invitation to an exclusive, mysterious Hallowe'en party. He decides to heed the "come alone" lure of the invite and dresses up in a costume as physically awkward as he is socially awkward. He ends up the unwitting guest of honour at an artists' warehouse space at the other end of town. Hilarity ensues.

If you're an OCAD student or anyone with a modicum of appreciation for the arts in this city, you'll get a kick out of the pretentious New York City art students banter, which carries this film. If you like black comedy, you'll love Murder Party.

More of the evening's program and commentary after the jump. Approach with caution. 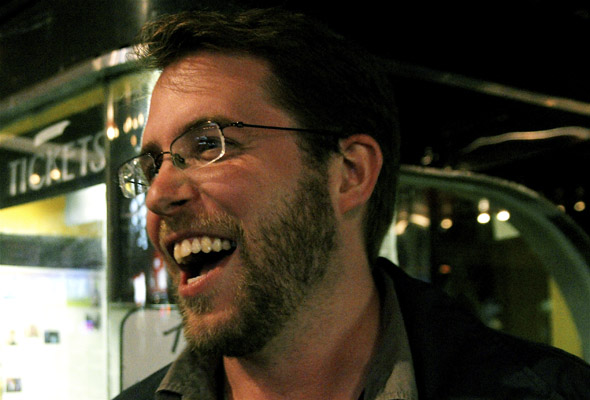 Actor Chris Sharp has a laugh in front of The Bloor Cinema for the screening of Murder Party.

The evening's program started with a couple of short films. Sweet Strangers, directed by Peter Ricq is a four-minute black-and-white adventure in which a fat man has nightmares about monsters and shouts out for Chocolate Man, who saves the day. 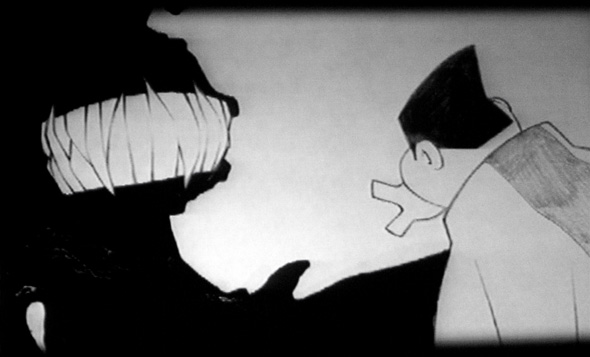 The Tragic Story of Nling, directed by Jeffrey St. Jules, brings us to a deserted island where a talking donkey and his new friend lament the lonely existence on the island they inhabit, as less and less alcohol is to be found. A little long for a short, but it's a wonderfully hand-drawn animated film, which served well to warm up the audience for the bloodbath that followed with 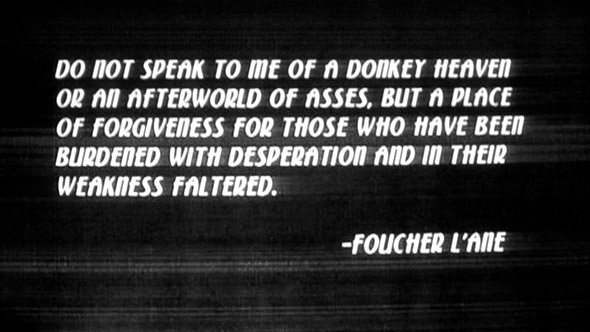 Murder Party.
This festival suited Toronto so well. We seem to have an unsatiable thirst for horror and fantasy, as witnessed in growing popularity with the Midnight Madness film program at the Toronto International Film Festival. Situating the gorefest in close proximity to Hallowe'en makes it even more apropos.

How would you like next year's Toronto After Dark to be scheduled with screenings right up until the night of Hallowe'en?