Toronto store that's been open since 1974 is permanently closing

A store that opened its doors in Toronto way back in 1974 has just announced it's permanently closing.

Marlene's Just Babies is a family-run business opened by Marlene Krybus along with her late husband Manny. The pair ran the store together for 40 years, and for the past eight years Krybus' daughter Karla has been involved.

"Karla has decided to follow a different career path, and I have decided to retire," Krybus wrote in a post to a local Facebook neighbourhood group.

"I have watched your families grow and have had the privilege of serving several generations."

A retirement sale started Nov. 10, with signs advertising the sale now hanging in the windows of the shop. 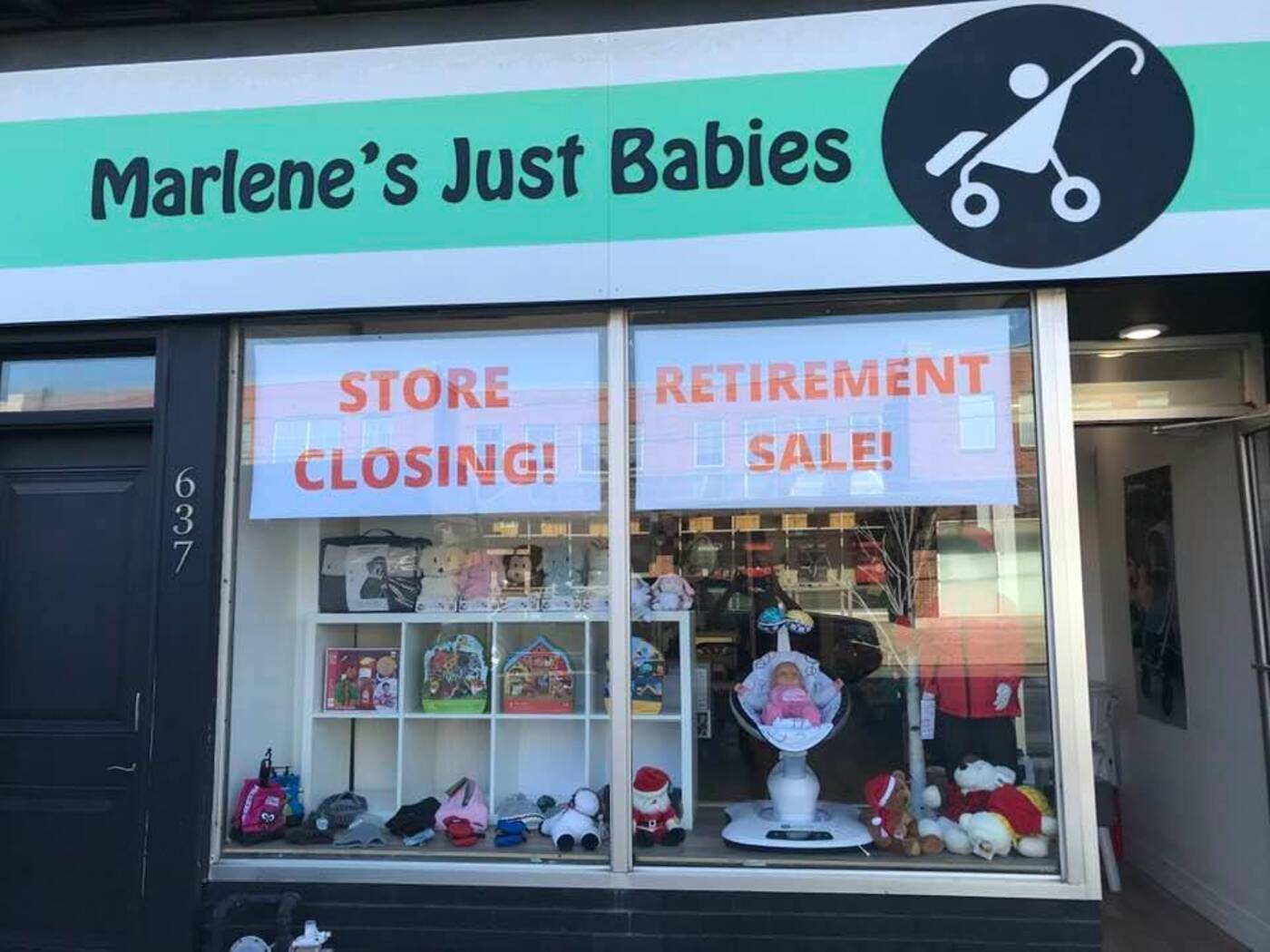 A photo of Marlene's Just Babies posted to a Facebook group. Photo by Marlene Krybus.

Over 100 people have reacted to the announcement post in the Facebook group, with comments thanking Krybus and wishing her a happy retirement.

"A couple years ago I was walking with my mom on Dupont and she noticed your store and said 'that's where I got your crib!' - back in 1985! It's still in fantastic shape," wrote one commenter.

"I love hearing stories like this," Krybus replied, to which the commenter responded, "Back then there were really only two stores specifically for baby stuff - including yours. Now it feels like you can get the gear anywhere, but it's special to go to a neighbourhood store."

"We moved into the neighbourhood in 1995 and my boys are 25 and 27 now. We didn't buy our first car until 1997 and relied on your store for many things," someone else wrote.

Someone commented asking when the store would close for good, to which Krybus replied she doesn't have a set date, though Marlene's Just Babies is expected to close around spring 2022.