After years on Queen West, one of Toronto's last standalone Gap stores is closing for good.

According to staff, the longtime store at the southwest corner of Queen and Peter Streets is closing on January 26.

Right now, nearly everything in-store is 50-70% off. Even furniture like display tables and clothing racks are on sale.

The property at 375 Queen St. West  is slated to become part of a larger development that will span the heritage buildings up to 381 Queen St. West (currently occupied by Red Bull Canada). 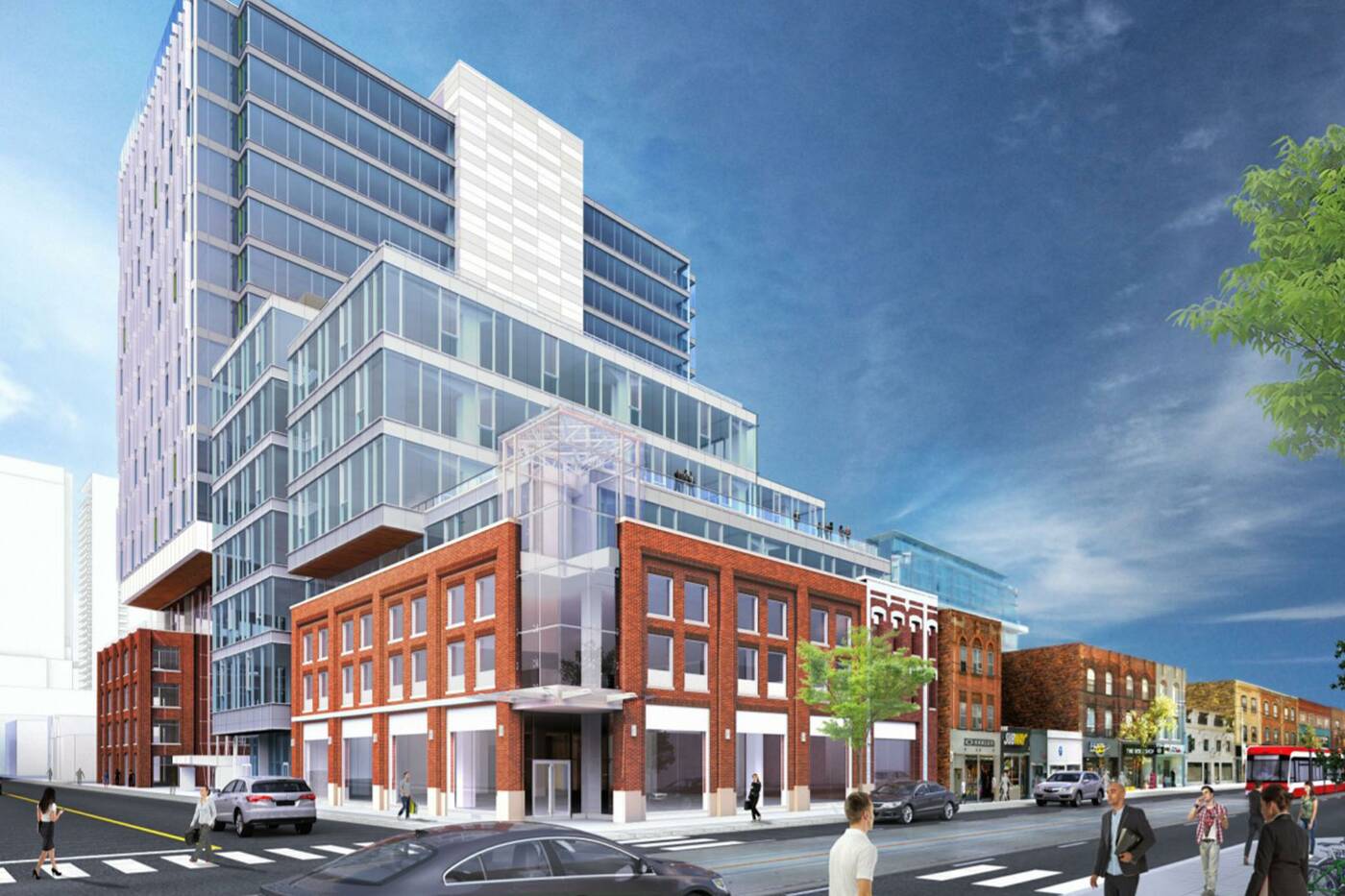 The office building coming soon to the corner of Queen and Peter. Rendering by Sweeny & Co.

When complete, the proposed seven-storey building by architects Sweeny & Co. will include a mix of retail space and office spaces.

It will also connect to Phase 1 of Queen Richmond Centre West, which sits just south of The Gap at 134 Peter Street and 364 Richmond St. West.

Phase 1 of the project—which houses an impressive five-storey atrium and Ricarda's restaurant—was completed in 2015, and saw the facade of the 100-year-old Weston Biscuit Factory incorporated into a 17-storey tower. 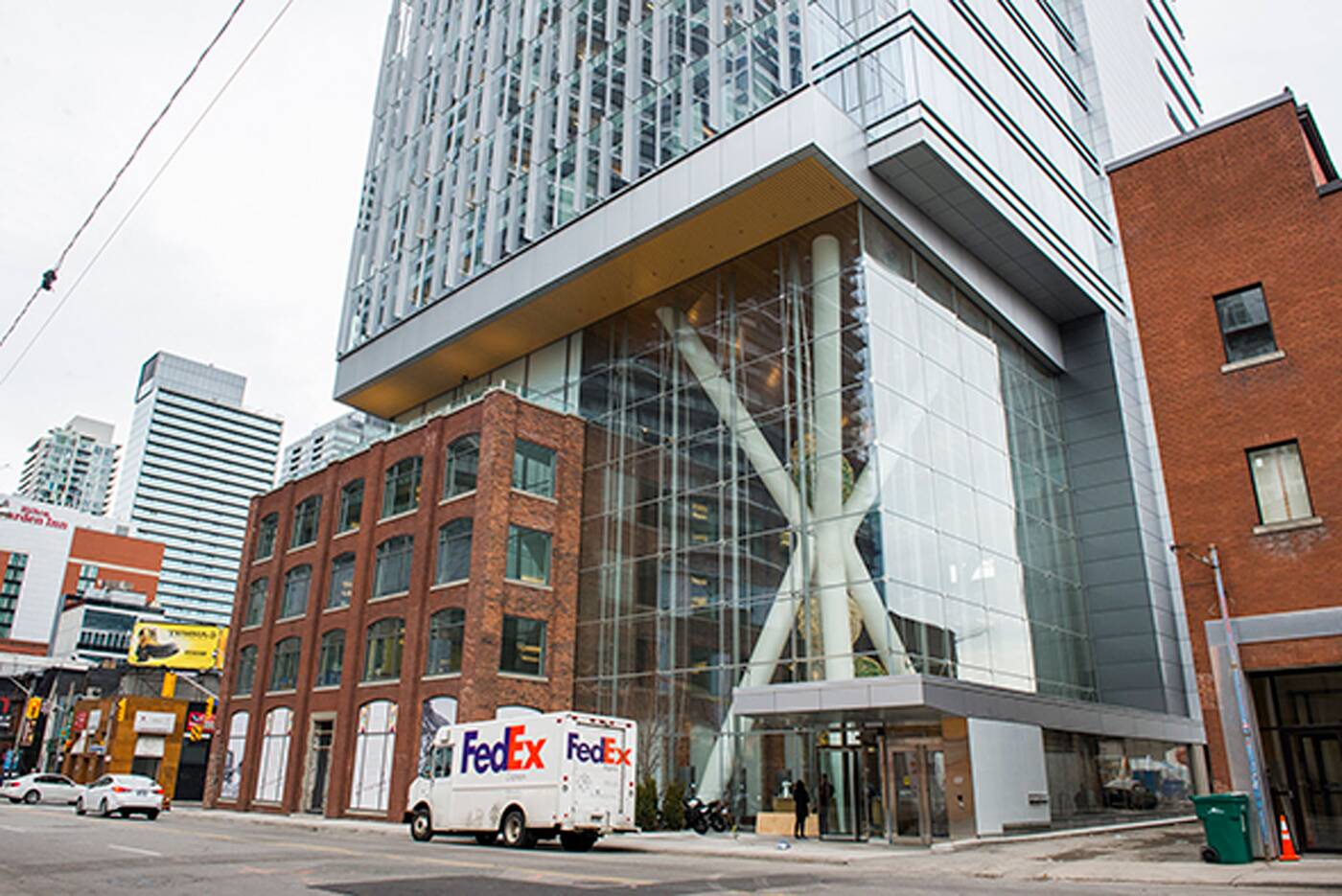 Phase 1 of the QRC West on Richmond Street was completed in 2015. Photo by Hector Vasquez.

Both phases of QRC West will eventually connect to one another, with a large part of the new development adjoining Phase 1 overtop of Jack Cooper Lane.

Allied Properties REIT's initial proposal was rejected by the Toronto Preservation Board in 2013 for not complying with the Ontario Heritage Act.

New plans were submitted in August 2019, but it appears not much has changed from the initial design from 2011.