A long, bubbling movement of resistance against Canada Goose continues to gain momentum this holiday season as protesters take up roost outside major shopping centres around North America—often with horrifying props (and facts) in tow.

PETA supporters filled the sidewalk outside Toronto's Eaton Centre during one of such protests this weekend, right in front of Saks Fifth Avenue on busy Queen Street West. 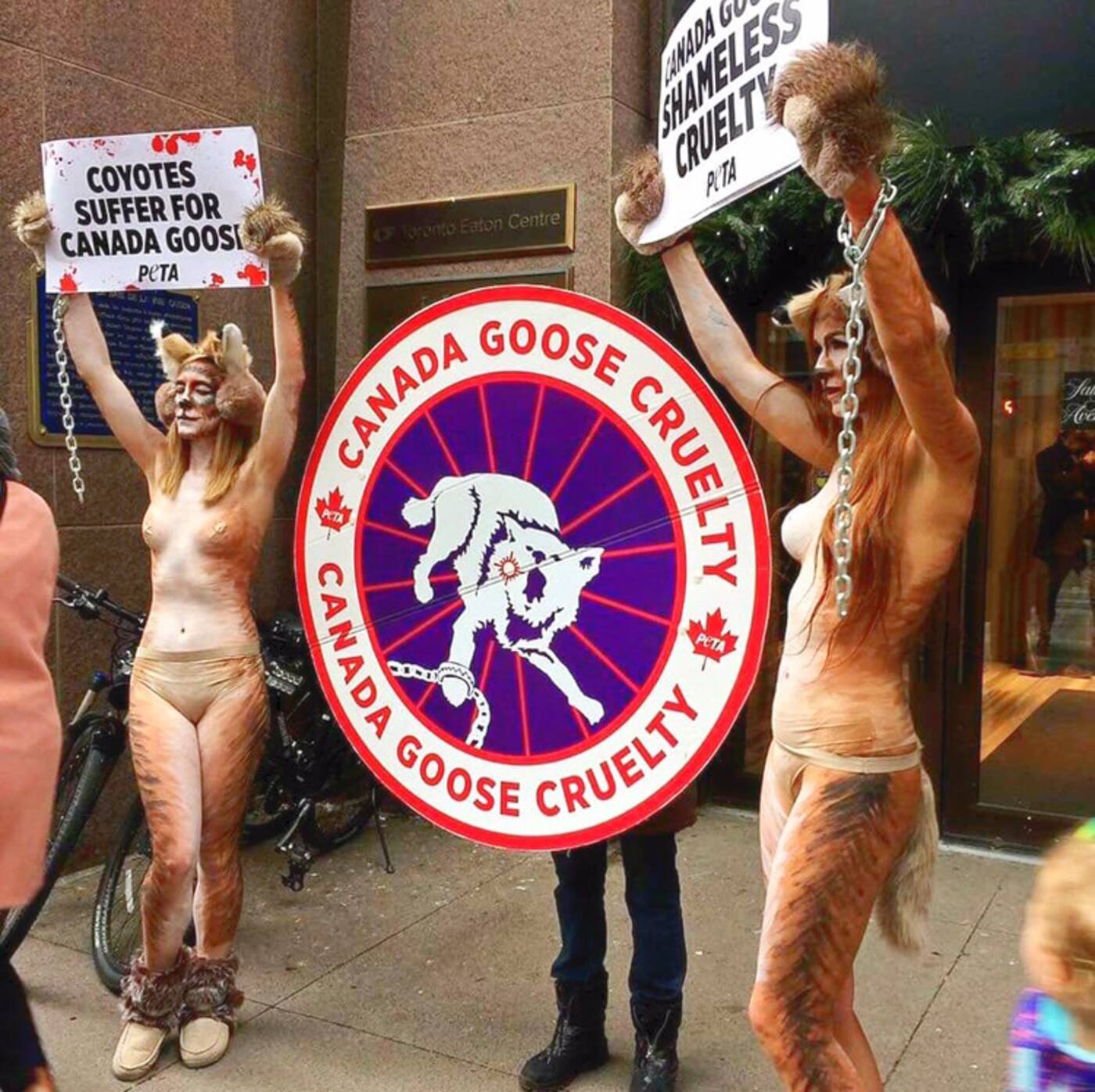 Protesters gave out free "Canada Douche" stickers on Saturday outside the Eaton Centre in Toronto. Photo by David Fillion Productions.

"I hear more and more people opposed to Canada Goose all of the time," said protest organizer Vikki Lenola. "It's 2018 and there are so many alternative textiles that keep you just as warm."

"I also think it's pretty hypocritical that in North America, we're appalled by other cultures bashing canines to death to eat them," she continued, "yet here we are paying people to do the same so we can wear them as a piece of decoration."

To prove their point, Lenola and two other brave protesters stood outside for nearly two hours on Saturday wearing nothing but body paint (and some fake coyote props) in near-freezing temperatures. 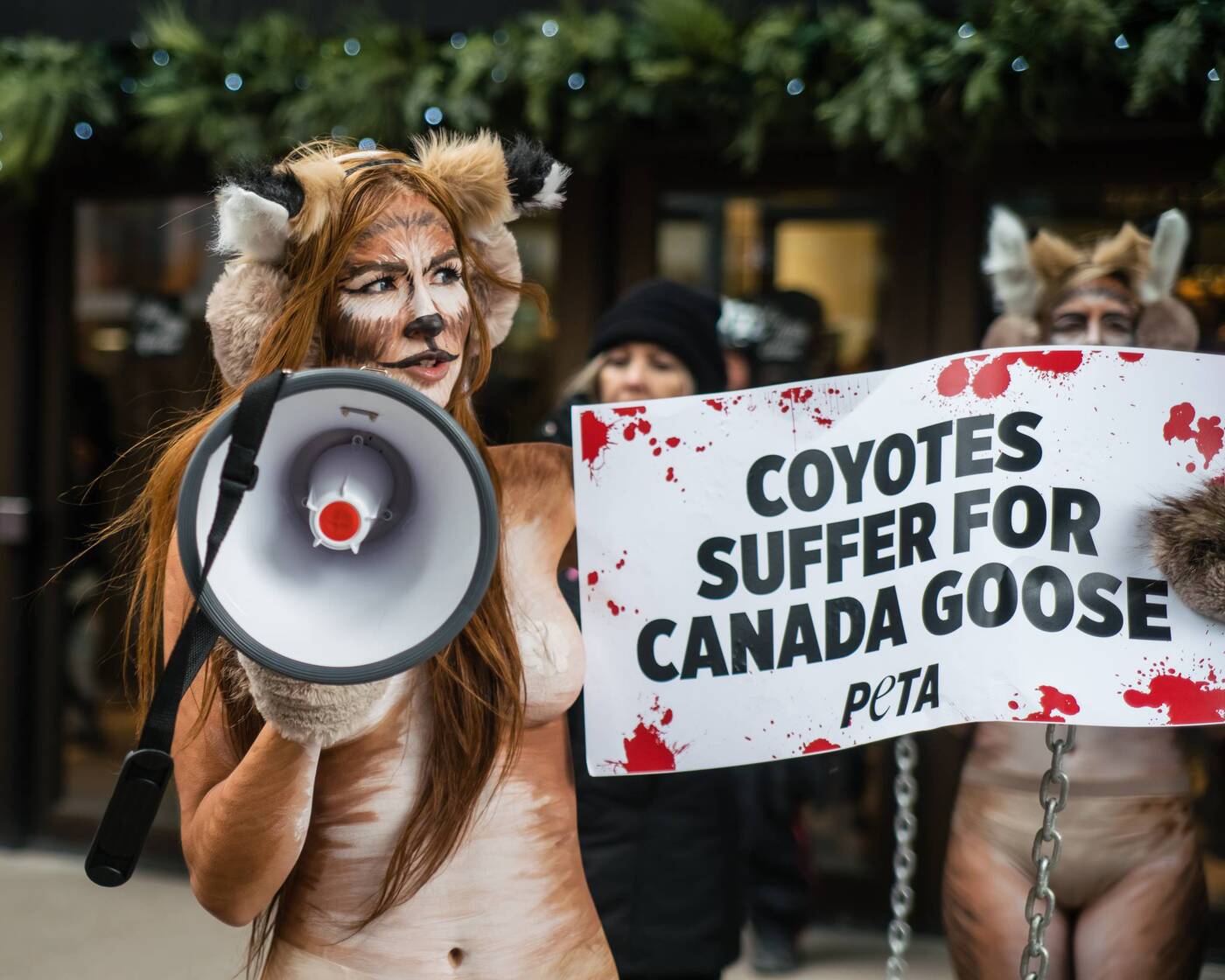 Vikki Lenola, who led Saturday's protest, is a model and vegan influencer in Toronto. Photo by David Fillion Productions.

At one point, after a smoke bomb was set off, police jumped in to address the situation. Protester Attila Papp was fined $485 for using a smoke grenade (about $400 of which was for not having a fire extinguisher on hand) and will be going to court to fight the case with a pro bono animal rights lawyer.

Veteran animal activist Jenny McQueen captured some of the interaction between protesters and police on video.

McQueen, who often organizes protests of her own with Direct Action Everywhere to expose animal cruelty in factory farms, recommends that those who own a CanadaGoose parka "#zipoffthecruelty" (read: zip the fur off their hoods and donate it to sanctuaries, where it can be used for animal care).

"Despite growing resistance, Canada Goose has stated they will continue to exert their right to use what they call ethically sourced fur."

"Videos of coyotes trying to chew off their own limbs to get back to their families, trappers taking pleasure in bludgeoning, and other gruesome videos continue to circle the internet," it continued, noting that protests against Canada Goose would continue in Toronto throughout the winter season.

Canada Goose issued the following statement in response to news of the demonstration:

"Canada Goose remains committed to the responsible use and ethical sourcing of all materials in our products. Our transparency standards ensure that our highly-regulated suppliers only use down that is a by-product of the poultry industry and our fur is sourced in accordance with the Agreement of International Humane Trapping Standards in Canada and Best Managed Practices in the United States."