Toronto is getting three new Uniqlo stores this fall

The Japanese retailer-turned-global fashion powerhouse Uniqlo is bringing more of its functional, minimalist wares to the GTA this fall. Much, much more.

Earlier this year, the company said it would opening not one, but three new stores near Toronto by the end of 2018: One at Vaughan Mills, one at CF Markville and one at Square One Shopping Centre in Mississauga.

What we didn't know until today was when, exactly, those stores would open. Uniqlo changed that this morning with a press release.

The new Uniqlo at Vaughan Mills will be the first to open on Friday, September 28 at 10 a.m. It'll also be the largest of the the three with about 20,000 square feet of sales space. 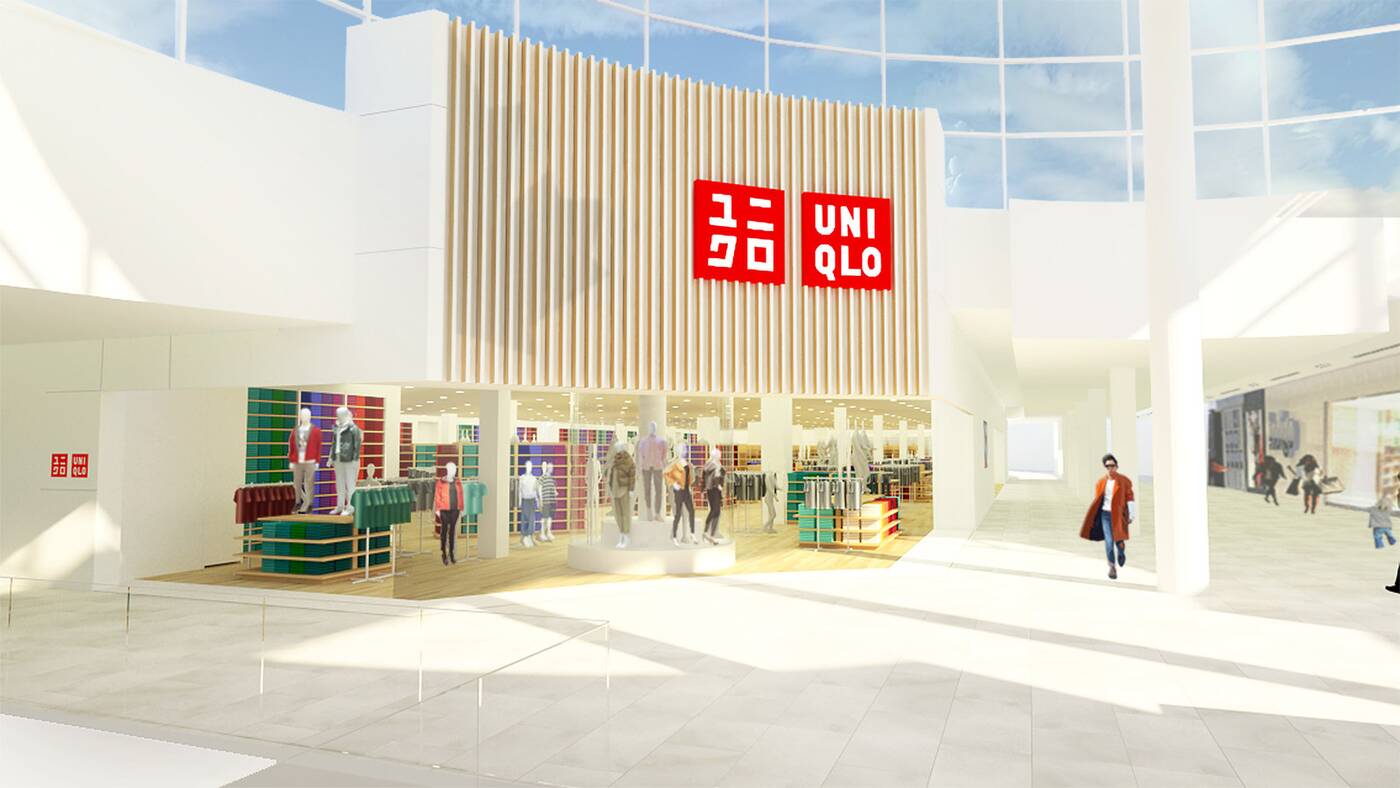 A rendering of the new Uniqlo store at Mississauga's Square One Shopping Centre. Image via Uniqlo.

Uniqlo at CF Markville in Markham will open on October 12 at 10 a.m., while the Square One location will open its doors on November 2, also at 10 a.m. Both of these stores will boast approximately 15,000 square feet of space each.

"Encouraged by the warm welcome we have had to date, we are thrilled to be opening three new stores in the Greater Toronto Area and a fourth new store in Greater Vancouver" said Uniqlo Canada CEO Yasuhiro Hayashi in this morning's release.

Mark it in your calendars! We're excited to announce our new store opening dates: Coquitlam Centre on September 14, Vaughan Mills on September 28, CF Markville on October 12 and Square One Shopping Centre on November 2. Stay tuned for updates on opening day specials and more! pic.twitter.com/LU84H1r6Vb

The press release also notes that one HEATTECH item "will be given to the first 500 customers who make a purchase on opening day of each new store."

Guests will also encouraged to spin a wheel of some sort for the chance to win free or discount items between 2 p.m. and 5 p.m. on opening day at each of the stores.

Vaughan Mills, CF Markville and Square One will join Toronto's Eaton Centre and Yorkdale malls in getting Uniqlo stores, bringing the total number of the brand's outposts in Ontario up to five — all of them located in the GTA.