The first Canadian outpost of Japan's answer to IKEA is about to quadruple the size of its flagship store at Yonge and Dundas — and honestly, the renderings look pretty cool.

MUJI, which opened at 20 Dundas Street in 2014, confirmed this week that its new Toronto store will be the largest MUJI location ever constructed outside of Asia.

The minimalist retailer's address won't change, but the space is set to grow from 4,373 to nearly 20,000 square feet. When it opens this fall, the new MUJI will have two floors and loads more room to shop spread across what used to be offices.

The humble yet popular MUJI store across from Toronto's Eaton Centre is about to grow in a major way. Image via Muji Canada.

Muji has been expanding rapidly in both Toronto and Vancouver over the past few years, and business is reportedly "stellar" across the board.

Since opening its flagship across from the Eaton Centre, MUJI has launched progressively larger stores in Mississauga, North York, Markham and Scarborough. Bloomberg reported in 2016 that the company plans to be operating up to 20 stores across the country by 2020. 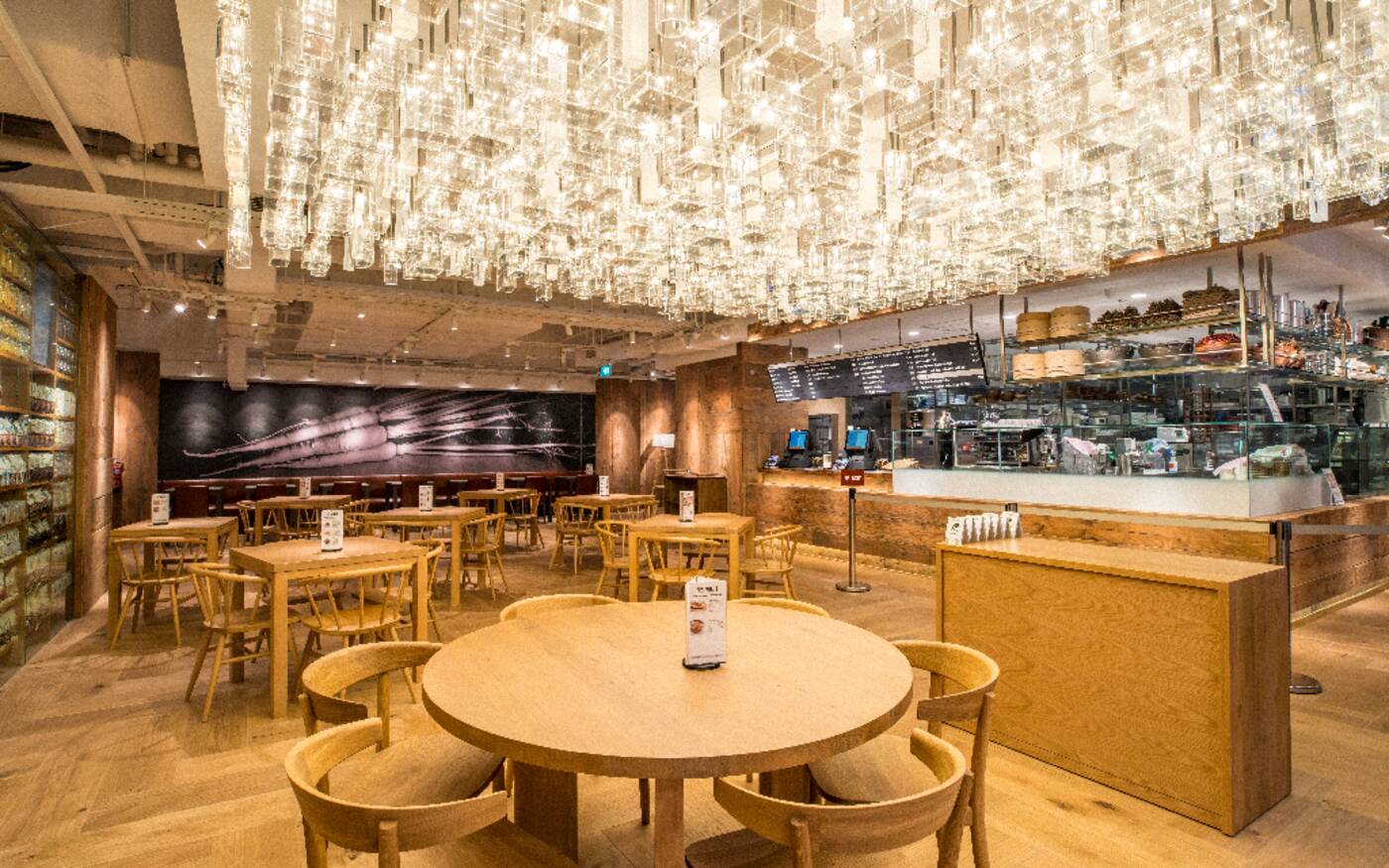 MUJI says that guests can expect "many new services, products and events," which hints at the fact that maybe, just maybe, downtown Toronto will get an in-store Café & Meal restaurant like some of the chain's locations in Asia.

The menus seem to change slightly at MUJI restaurants from country to country, but the dining spaces are consistently gorgeous and the overall concept remains the same.

In Singapore, diners can choose from a la carte hot deli dishes like "Yellowtail Buri Fish Stew" and "65°C Beef Patty and Braised Daikon with Burdock Sauce," or get a combo tray with rice, bread, soup and a mixture of hot and cold deli items.

Same goes for Hong Kong, but with unique mains like "Sakura Shrimp Roasted Chicken" and "Bean Curd Salad with Black Sesame Dressing." Don't even get me started on the dessert offerings.

Even if we don't get a restaurant, Toronto will likely be pleased with the expanded offering of products made possible by a larger space

The company promises "a unique environment where customers can find and experience products and services for a pleasant, comfortable lifestyle" in its expanded Toronto location.

Photos of the store's 46,300-square-foot store in Osaka (the largest of its kind) suggest that this translates to all the high-quality minimalist basics you can handle — plus all of the bells and whistles we've already seen at MUJI stores in Toronto, like in-store custom embroidery stations and shopping consultants on site.