Etsy is opening an artificial intelligence centre in Toronto

As if Google's waterfront takeover didn't already cement our reputation as Silicon Valley North, another tech giant now has its sights set on The 6ix — and this time, it's not speculative.

Etsy is opening up an artificial intelligence centre in Toronto, as confirmed by none other than Canadian Prime Minister Justin Trudeau on Twitter Wednesday night.

The Brooklyn-based e-commerce website, known for brokering handmade and vintage goods, had yet to announce anything officially on its own prior to this week — but job postings on the company's website suggest that a local AI office had been in the works for some time.

Exciting news coming out of my meeting with Fred Wilson, Chairman of the Board of @Etsy: They’ll open their next AI centre (the company’s 3rd) in Toronto! pic.twitter.com/tQq12CqaEs

Expired listings show that the company was also recently hiring for sales, growth, PR and marketing specialists in the GTA.

An active job post for a Senior Software Engineer, Structured Data, states that the full-time role will be "located in our Toronto, Ontario offices with occasional travel to both Brooklyn, NY and San Francisco, CA." 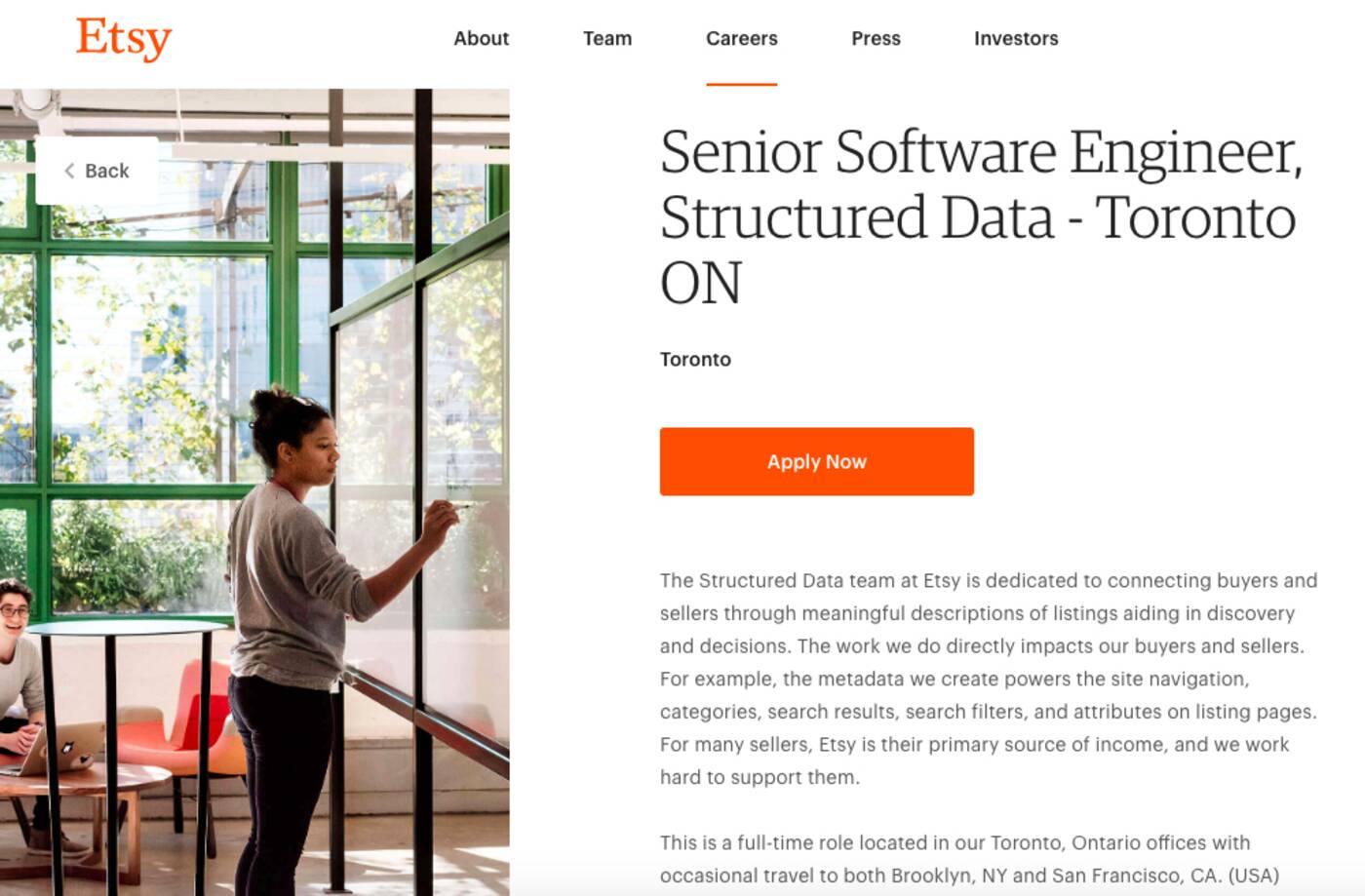 Etsy is looking for top tech talent in Toronto right now, according to the Brooklyn-based company's careers site. Screenshot via Etsy.com.

"Etsy has chosen Toronto as the location for its newest Machine Learning Center of Excellence," wrote the company in a press release issued Thursday afternoon, noting that it expects to open the centre "in early Fall."

Indeed, Canada is already known as a world leader in machine learning, and Toronto is at the centre of that, so it's a logical move for Etsy to set up here.

It's also another feather in Toronto's hat — and more evidence of how explosive our tech industry is.

This will be the company's third office dedicated to Artificial Intelligence, according to Trudeau, after acquiring the AI startup Blackbird Technologies in 2016. The other two centres are in San Francisco and at Etsy's headquarters in Brooklyn.