The Toronto Eaton Centre has gotten a lot of nifty upgrades within the past year, including a shiny new Nordstrom, Canada's first Uniqlo and it will soon be home to the country's biggest Samsung Experience store.

But this fall, it's getting another new feature.

In honour of the mall's 40th anniversary, the pedestrian pathway that links the Eaton Centre with Hudson's Bay/Saks will be replaced with a swanky new bridge designed by London-based architectural firm WilkinsonEyre.

The bridge is supposed to visually connect the historic Hudson's Bay building with the more modern-looking Eaton Centre. 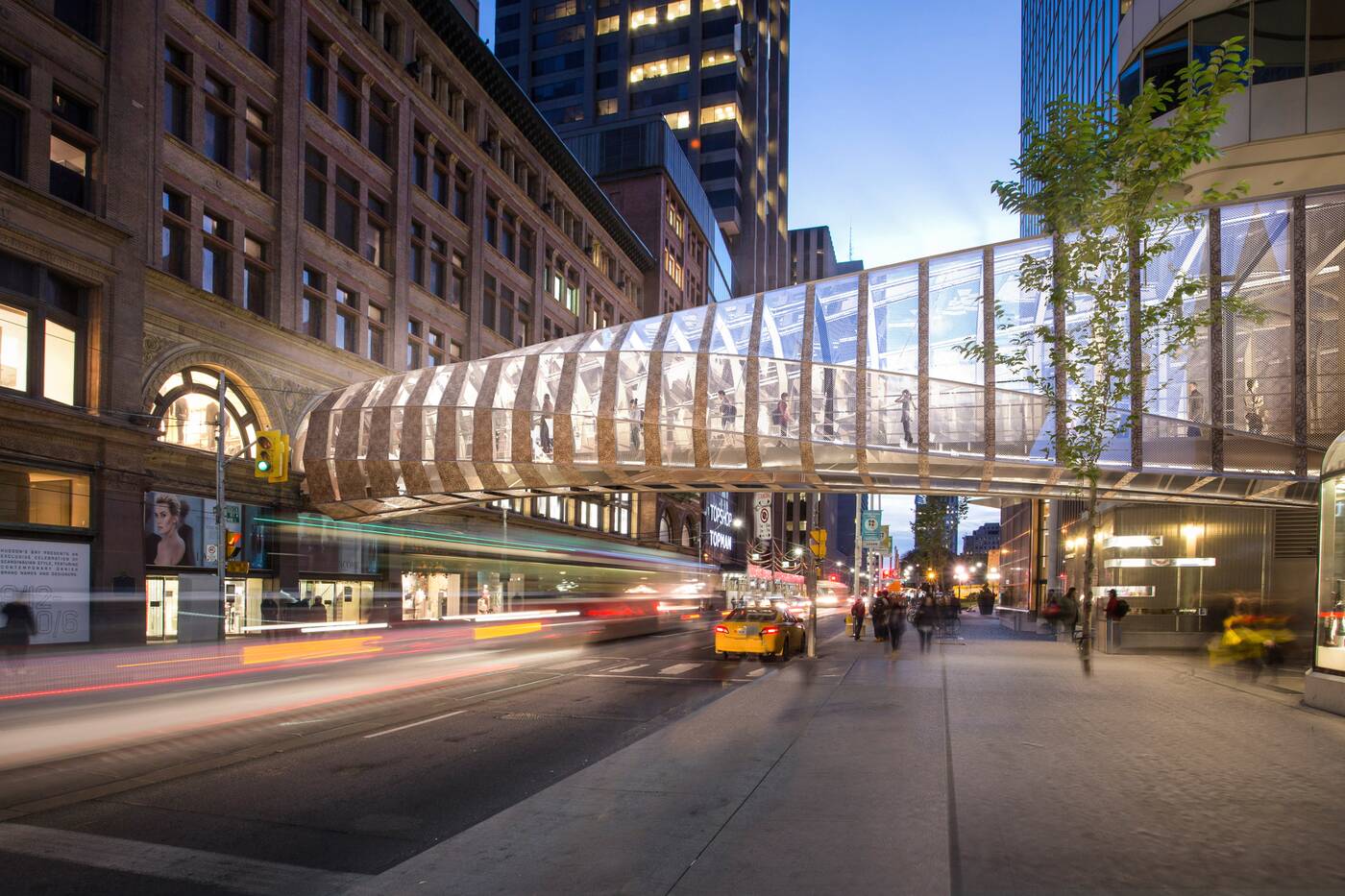 "This meeting and blending of the two building's form and materials becomes a beautiful and metaphorical 'handshake' extending out over Queen Street," said Dominic Bettison, designer of the bridge and director at WilkinsonEyre, in a news release.

Construction on the project starts this month. The bridge will be built on nearby James Street and will eventually be lifted into place. It should open sometime this fall.