There's no doubt about it â King East still reigns as the undisputed champ when it comes to the latest in contemporary furnishings. But Liberty Village just might be the city's sleeping giant, ready to awaken with a fury of compact leather sectionals and teak stools galore. Casalife and West Elm have already planted their roots, with EQ3 working away to try to add its name to the area this summer. And with more than one thousand people expected to move into the community soon, who will be next to try to sell them extendable dining tables?

Of course, the area wasn't always bustling with activity the way it is now. A decade ago, Liberty Village wasn't much more than factory and soil. Quite literally.

"We had to negotiate people through the mud pit to get to our front door," says Rob Whitfield, owner of Casalife. Rob saw the potential of Liberty Village back in 2003, years before the condos, boutique shops, and gourmet restaurants started popping up next door. 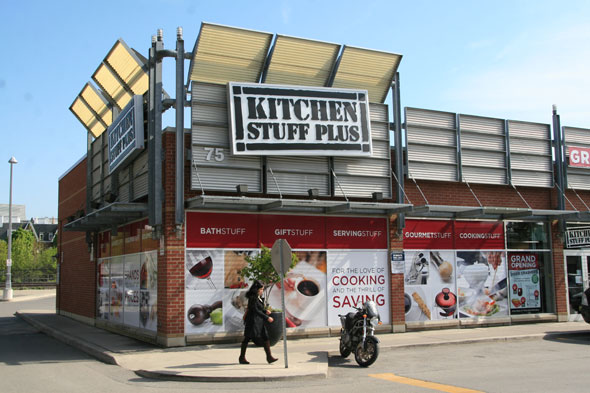 His is often cited as the first of Liberty Village's design stores, later joined by Haveli Home (which recently moved to the Junction), and West Elm in 2010, along with smaller kitchen and decor stores including Cadeux and, as of this week, Kitchen Stuff Plus. Now, the lot will have to make room for EQ3, which already has another Toronto location and plenty of others throughout Canada.

"When an area gets a little bit of buzz," Rob says, "the chains start flocking." I ask him what he thinks about EQ3, one of those chains, moving into Liberty Village. "If it brings in traffic, that's great. It's not necessarily about competition."

The advantage may be that with increased concentration of stores, the area may garner the reputation of a furniture destination, particularly one for condo-sized pieces. But according to one manager at West Elm, Liberty Village is already on its way, even without EQ3's added klout. 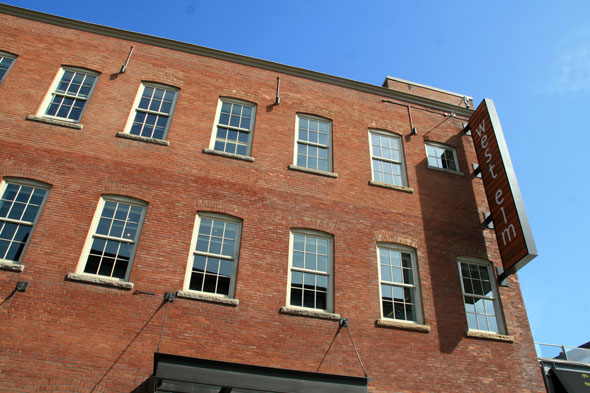 "We have people come from all over Toronto and up north," she says. "In the beginning, they would mostly come for us specifically. Now more seem to be coming to the area to shop."

Lynn Clay from the Liberty Village BIA echoes this idea. "It's absolutely a hub," she says. "And it's growing." She says furniture has a long history in Liberty Village, dating back to when Barrymore furniture called the area home before moving up to Caledonia.

"Stores are clustering together, and that's a good thing. It's one stop shopping."

No one I speak with contends that Liberty Village is the next King East. But they do seem to think that the area has the potential to seduce condo-dwellers around Toronto looking for new furniture. EQ3 is just the latest attraction.