Last night, the private penthouse at Thompson Toronto was decked out in a sea of all-red-everything to celebrate Glen Baxter's first annual Right to Play Party. "It's only going to grow from here," he said in his speech-- which in a rare show of maybe-kinda-almost caring about the cause at these sorts of things, people actually listened to.

Besides the obligatory Right to Play branding and a couple of Glen's photos from Mozambique (love that he travels the corners of the Earth when most fashion people just want to go to NYC), the dĂŠcor was definitely understated, but that's allowed when, ohh, you have the most spectacular view in the city via walls of floor-to-ceiling windows on the nth floor. I took pleasure in the tiny things, like bouquets of deep red tulips with unfinished Lanvin-esque petals. 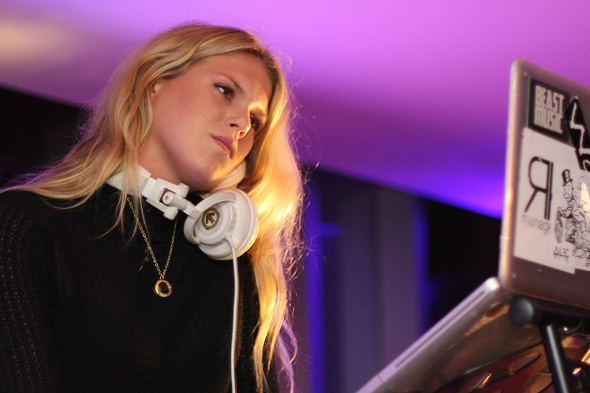 Alexandra Richards blasted the beats in a conservative cable-knit top, black high-waisted skirt, and untamed beachy blonde locks. Glen Baxter worked the room like, I don't know, someone who talks to people for a living, and some Maple Leafs players (including former team member Eric Lindros) showed up with their hot sports girlfriends. Former Miss Universe Canada Elena Semikina towered over the room, looking unnervingly like one of The Amazons from Xena (girl is 6'1"). By the end of the affair, she could be found canoodling in the corner with a much older man, who I'm sure hasn't a dime to his name. 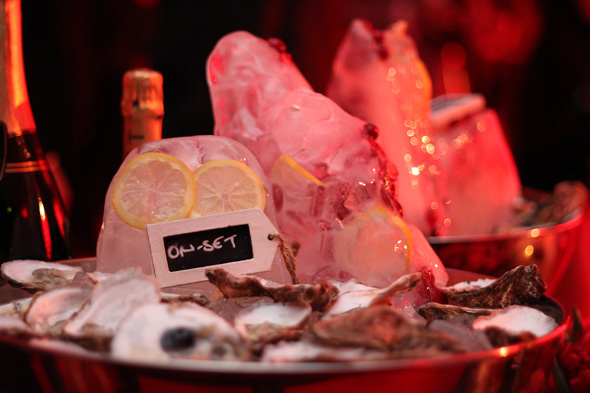 The event was catered by Thompson Catering which, for a high end hotel, left we a little wanting. I'd just come from another event that used the Daily Bread Food Bank Catering Kitchen, which was just as good and supports a great local cause. A sizeable oyster bar got lots of guest attention as they guzzled cocktails and champagne 'til 1 a.m. The bar served up a scrumptious concoction that tasted exactly like strawberry rhubarb, and I snagged the recipe:

The sold-out event was a success in its rookie year, grossing $80,00 for the charity. 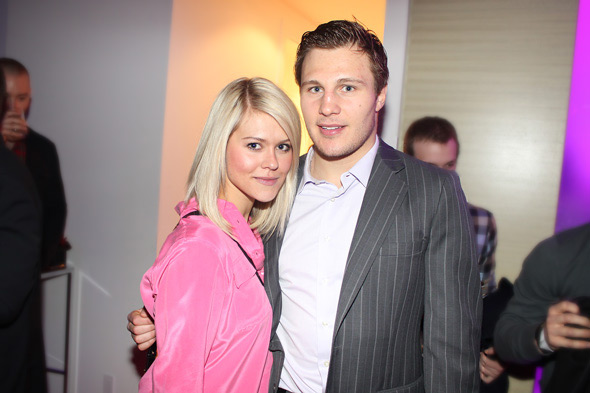 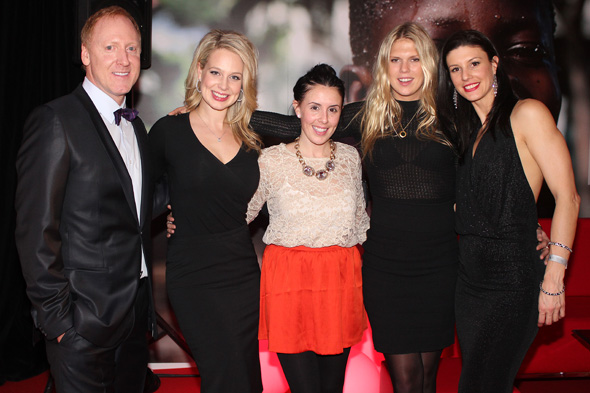 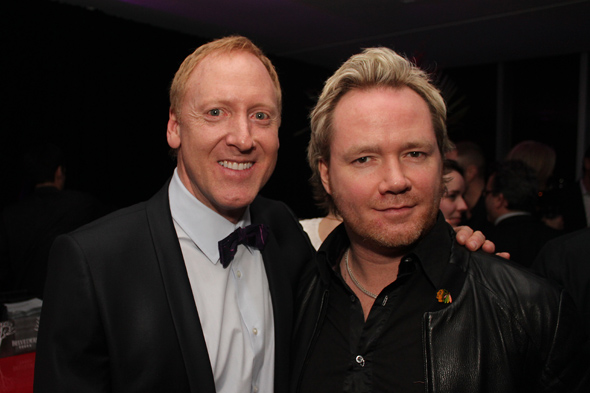 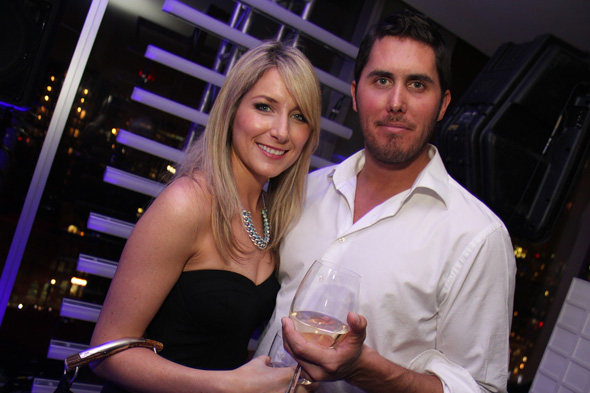