Last March, Amanda Lew Kee was poised to take over Toronto's fashion scene and claim her throne as reigning queen of LGFW with her fall/winter 2011 collection. At the time, her show was one of the most anticipated of the week, held on a Friday and backed by intense hype and only a single, yet strong, official collection to her name (presented in October 2010). To the say the least, reviews were mixed. Our own correspondent said her collection featured the most egregious use of fabric she'd seen in several years. Others, including myself, didn't have a strong opinion either way, but universally acknowledged and admired her attempt at doing something different and "risky."

So when, a season later, Lew Kee's show is moved from a prime time Friday night slot to first thing on a Tuesday afternoon, I can hardly wait to see what we'll love or love less this time around. But feelings have mutated this time, kind of like the way we wait for a new Lady Gaga video just to see how much of a mess it may be. It seems like a strategic move on her part, driven by the desire to create less of an asphyxiating anticipation and instead foster an intimate environment that attracts only those who are serious about fashion like top buyers and editors. Camp Lew Kee is on lock down, too: no backstage photos, no interviews until way after the show and only by phone. You don't need to see her or talk to her to know that everyone's nervous. For the last four months, Lew Kee's been working quietly on her collection and spending time seeking inspiration in New York. She's also managed to stay out of the social scene and refocus on what's important to her: great design and innovation.

And - relief! - most of her spring/summer 2012 collection is good. While her offerings last October were muted and variations of the same colour and cut, it's clear her third effort is about playing with construction and fabrics that actually work well together. She's sticking to what she does best (white biker shorts with a leather front, an Amanda staple), and experimenting with materials she hasn't used much before like neoprene (in a printed razor-back dress, for example). There are a lot of repeat patterns (the maxi dress!), but her colour palette is interesting (I like the idea of "electric purple") and in a light silk chiffon.

Silk tees and silk pleated skirts will work well for almost anyone, and Lew Kee excels when she's keeping it simple. There's an unnecessary use of prints (two, named Toronto and New York) on several of the pieces, especially in the panel detailing that make otherwise perfectly fine garments feel cluttered.

I think Lew Kee knows where she wants to go from here, but whether or not anyone wants to come along for the ride remains to be seen. I'm in. What about you? 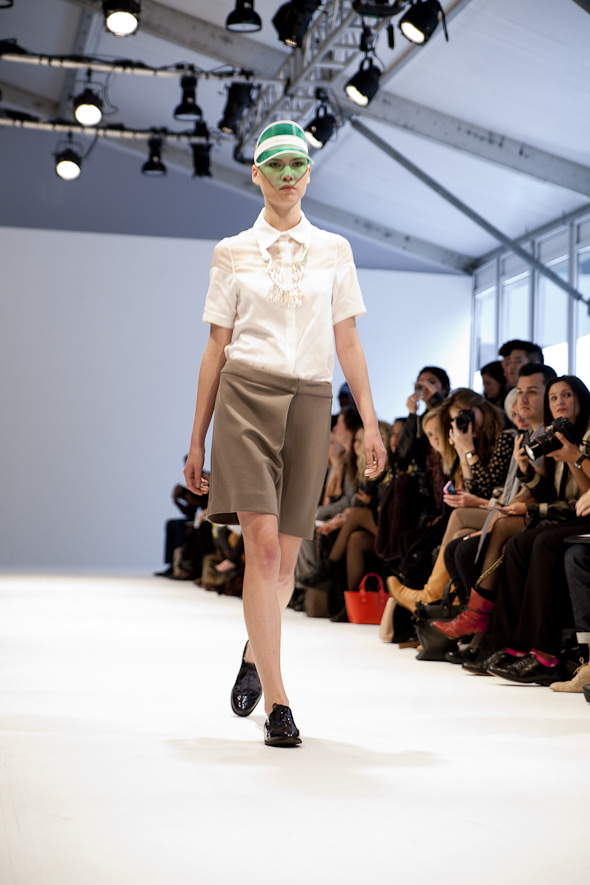 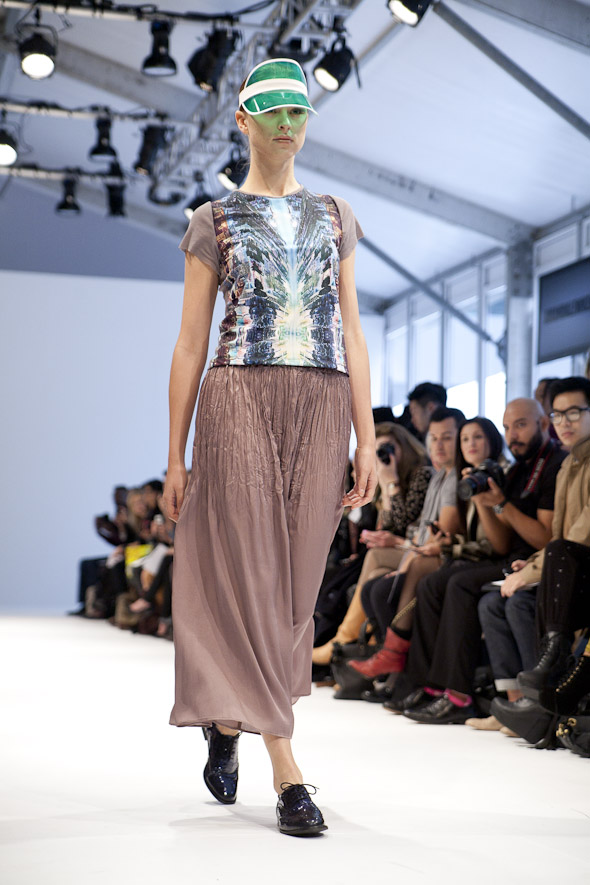 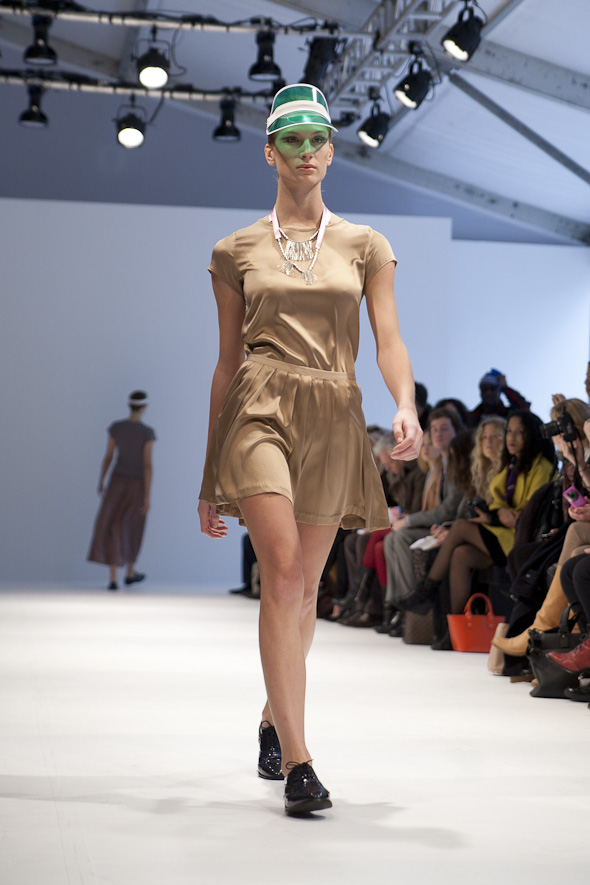 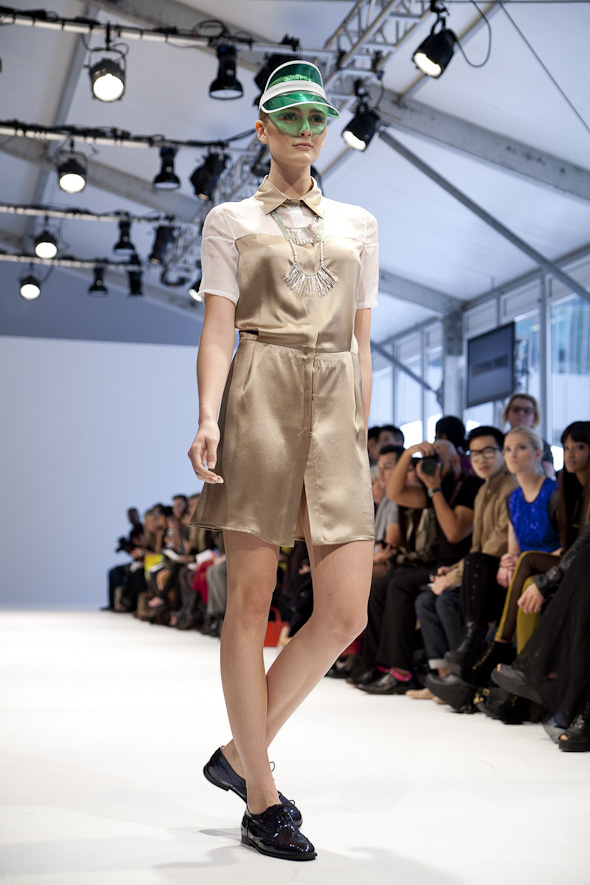 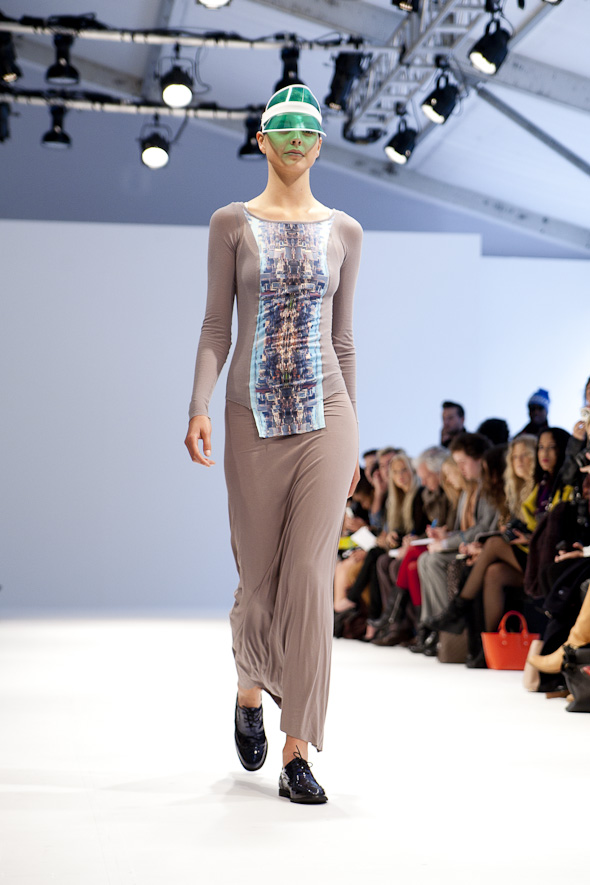 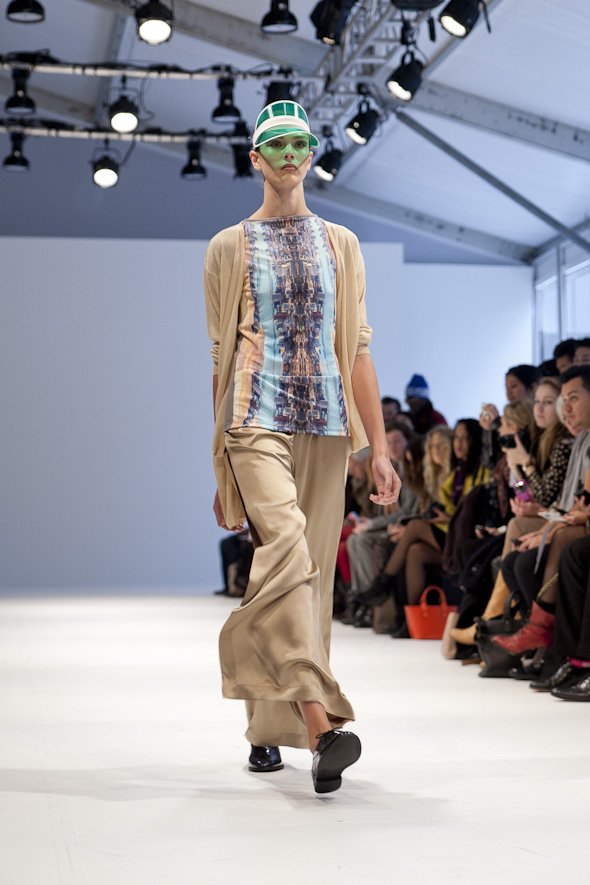 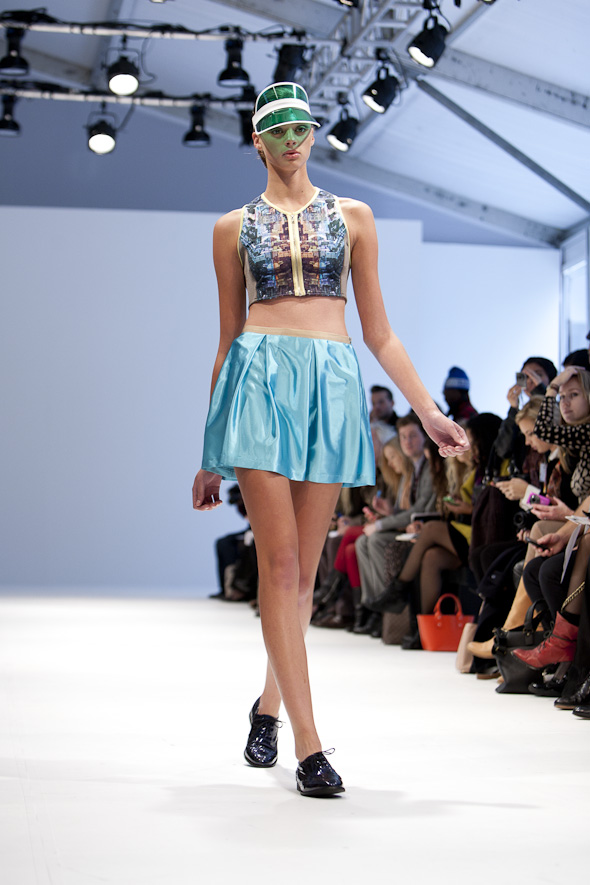 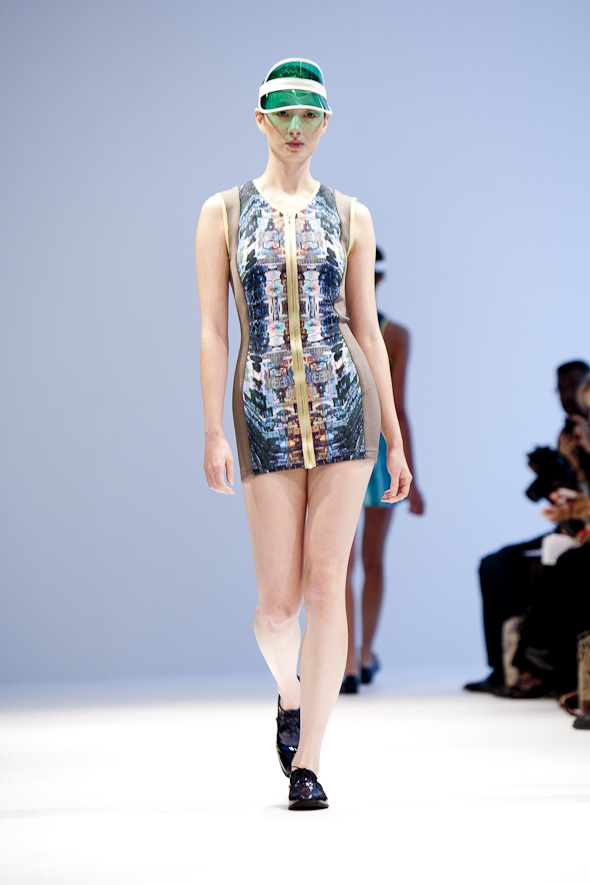 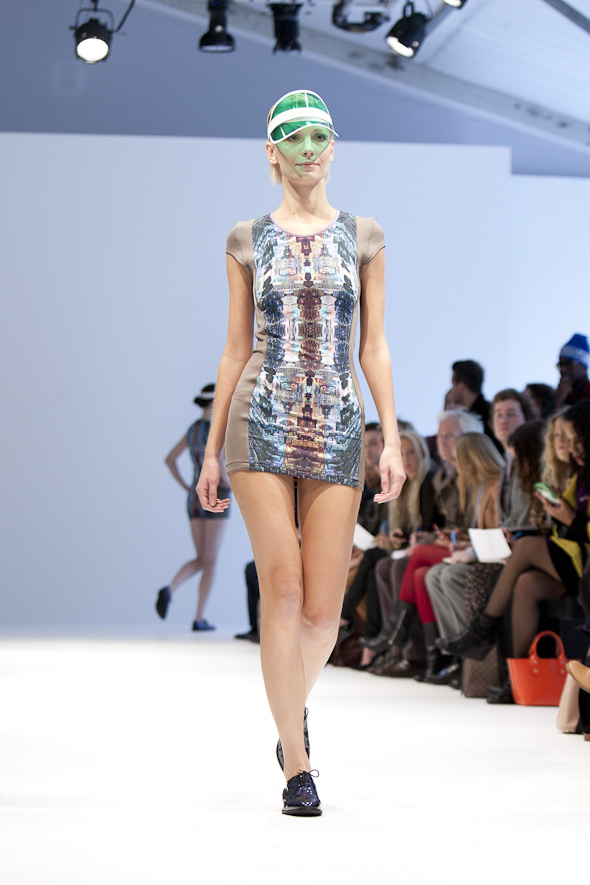 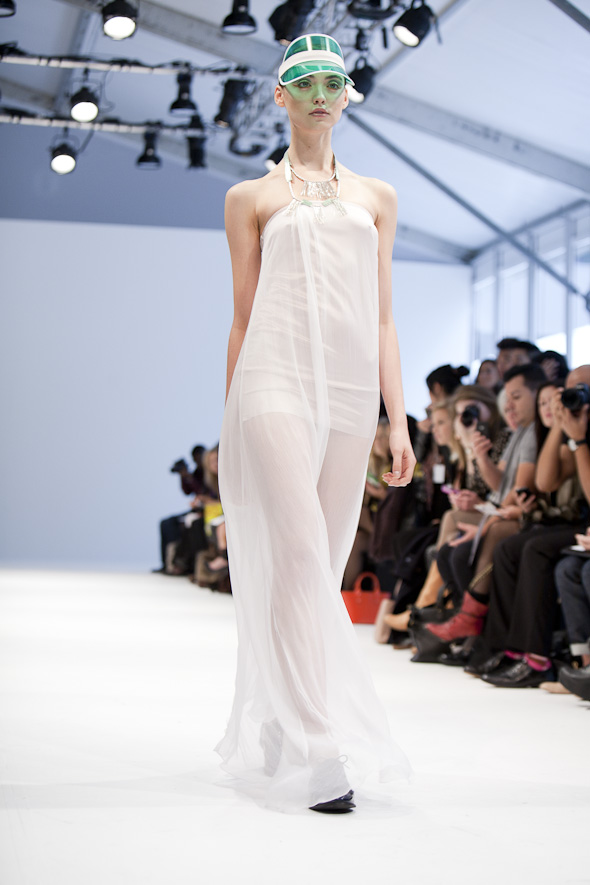 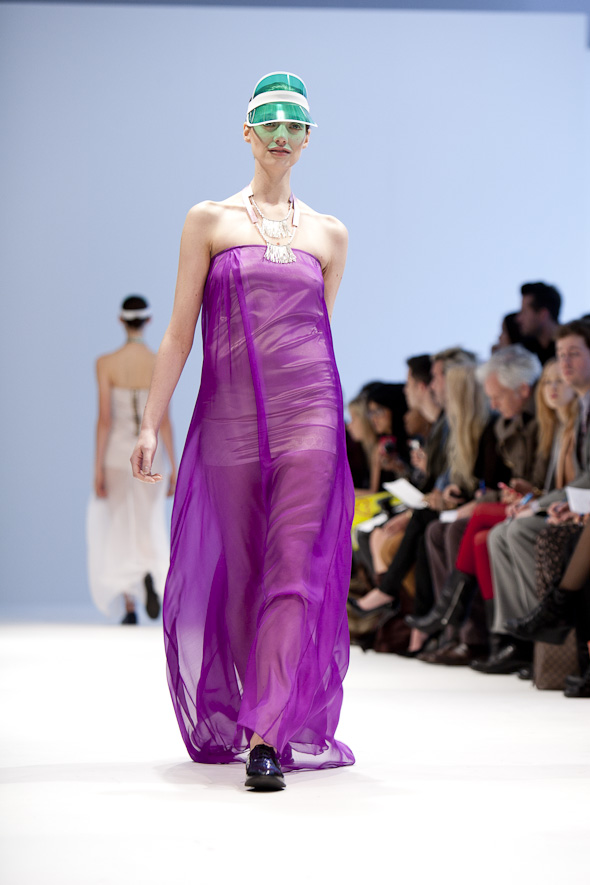 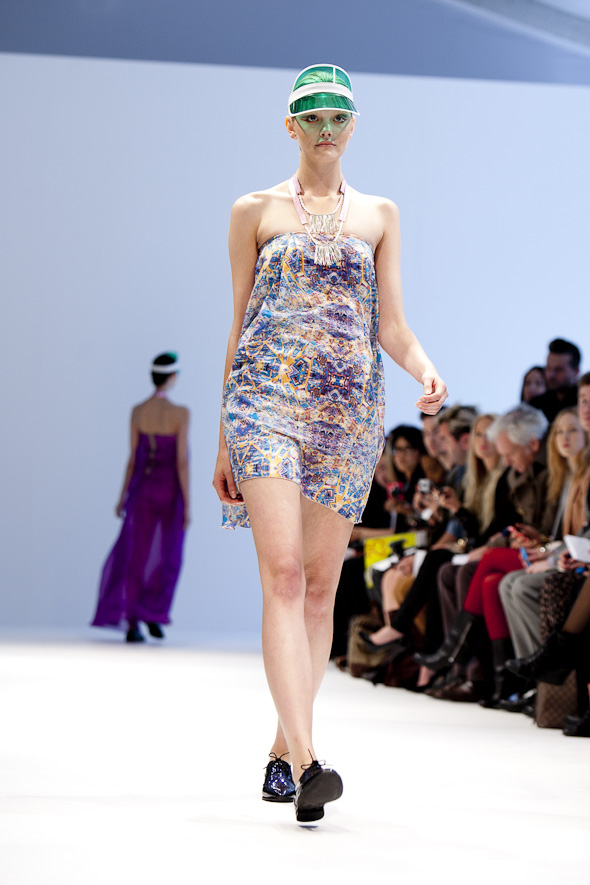