The outdoor pool at Christie Pits is where you'll find your knight in shining vintage Ray-Bans, which were purchased only to make some vague political statement about our consumerist society. If that doesn't make you keen for some sort of semi-casual public romp, I don't know what will.

The Christie Pits Pool--technically the Alex Duff Pool by name--has long attracted young and restless folk looking to casually wear their carefully selected new fedoras and mingle poolside with beautiful peers. If Toronto had its own version of The Hills (I mean, it's own version of The Hills that people actually watched), much of the footage would surely be shot at this pool, capturing the drama of love hexagons in intimate friendship circles. 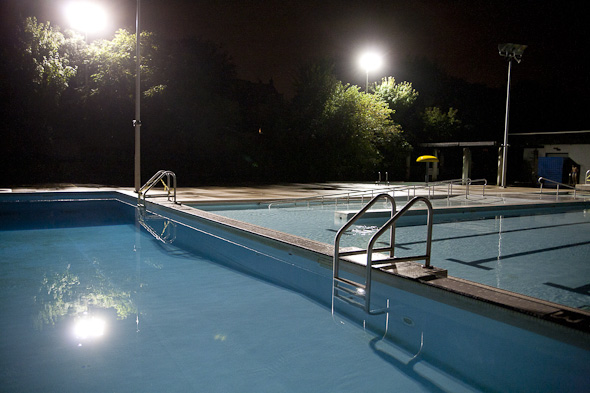 But unless you're trying to keep your love affair from your best friend who also happens to be your new beau's ex, the pool at Christie Pits Park may be your spot to let your romance be known. While the pool may not be ideal for passionate deck necking during the day (do you really want to explain to that five-year-old's mom why you couldn't save it for the change room?), the mood changes once dusk falls. The pool--pools, rather--fall under the gleam of perimeter lighting, and the crowd becomes decidedly more adult. With a tree border scaling the walls and the echo of the diving board twang resonating each time a diver takes flight, the mood is cool and relaxed, and ready to be--uh--enjoyed. 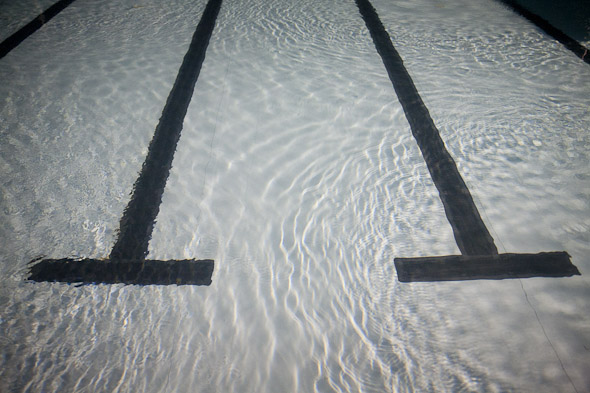 Christie Pitts pool is open quite late, especially during heat alerts, but lovers looking for a moonlight swim are known to come by even later. A quick scale of the fence and they find themselves inside, surrounded by like-minded loiters looking for a little evening debauchery. Of course, the danger of getting caught makes the spot all the more exciting. And isn't the prospect of cops breaking up the party a prerequisite for making out in public? Or have we progressed slightly from high school? 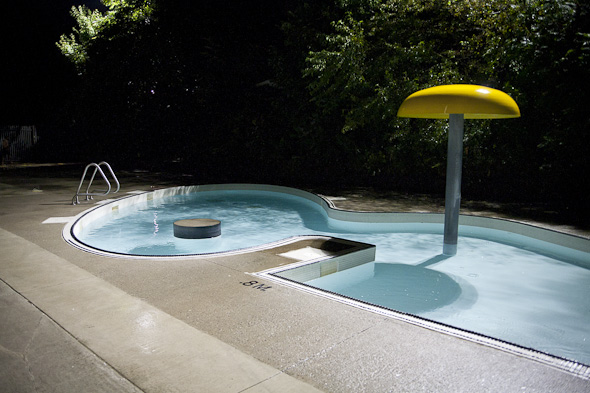 There's nowhere to hide at Christie Pits pool, whether you opt for the water, the deck, or the edge of the diving board (unless you snag the space to yourselves). But the scene at this pool is often a show anyway, so you might as well just join in on the act. And even at night--keep the sunglasses on.

A good year-round spot? Just move over to the ice rink in the winter

Watch out for: Reckless divers 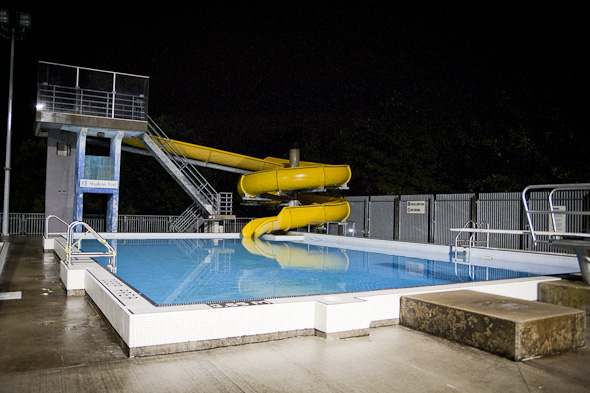 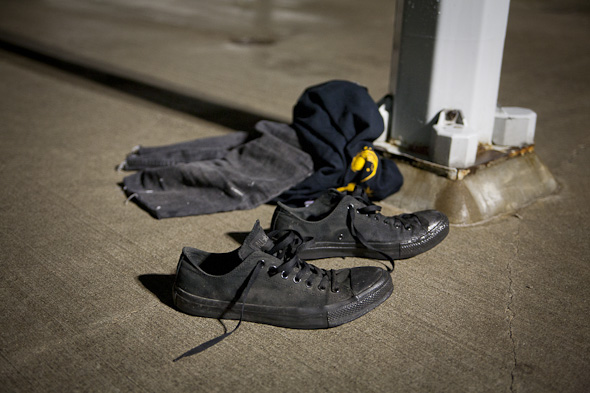