East York Town Centre looks as though someone plopped a mall into a convention centre. There's the callous fluorescent lighting and stark, drab walls, of course, but also false walls, temporary fixtures, and a gaggle of spontaneous seating seeming to spawn from nowhere. And it all somehow made its way over to Overlea Boulevard. 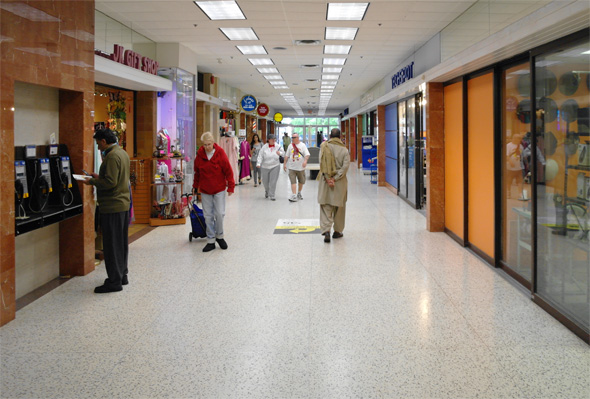 From the outside East York Town Centre looks like any Toronto mall past its prime: salmon pink exterior, LCBO, a Quiznos, and Money Mart. But inside it's a little strange with an island of stores coalescing in the centre, and fixed shops lining the perimeter to form a circular path. With the exception of a few major chain stores including Fairweather, International Clothiers, and of course, Ardene, East York Town Centre had a fairly impressive selection of independent retailers.

Granted, I found the duds at Cheri Fashions not exactly to my taste, nor was really seduced by the air conditioners on display at Prince Electronics, but it's nice to see small businesses thriving all the same. Despite whatever criticism we received for our entry on the Galleria Mall, it can't hold a candle to East York when it comes to the level of bustle. 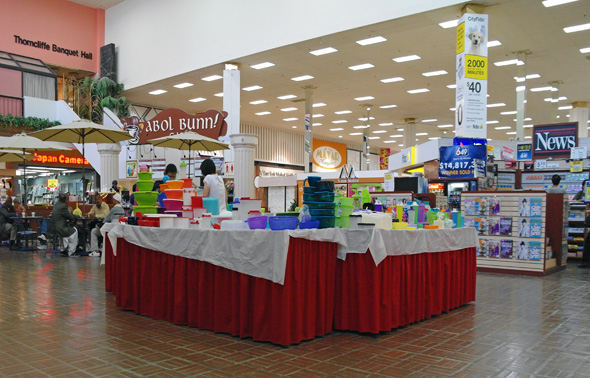 As I paced the mall, I soon came across what must have the shining star of East York. There, to my chagrin or delight (I still can't quite say), was a table completely full of Tupperware. It seemed arbitrarily plopped, manned just by one, and boasting an extraordinary collection of everything press and seal. This must be where food-saving enthusiasts come to collect their haul, I thought. Interestingly, while Tupperware can make some people ignite with glee, the woman seated at this table seemed to be sporting a wicked scowl. Did I have a Ziploc bag hanging out of my pocket or something? In any case, I would move on. 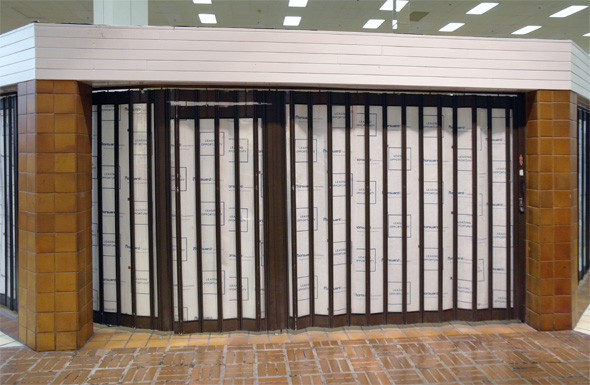 Next was the food court (well, more of the food area), again with a surprising collection of independent shops. There was Abol Bunn! CafĂŠ, complete with patio picnic tables and opened umbrellas (keep in mind, we're inside), Ghenet's Ice Cream and others, but of course, the longest line up was for McDonald's. Damn those $1 soft drinks. Another independent, a fruit and vegetable market called Bill's Farm, was right around the corner, and actually just a few paces away from the bustling Food Basics. But Bill's seemed to be holding its own, offering a fresh-looking collection of berries, nuts, flowers and more.

The other notables of East York Town Centre include too many wireless stores to count, a lower level bowling alley, and collection of doctor, dentist, and other business offices. A roped off staircase told me a banquet hall was upstairs, though I'm pretty sure if you huff and puff, you can clear out a centre space on the main floor. 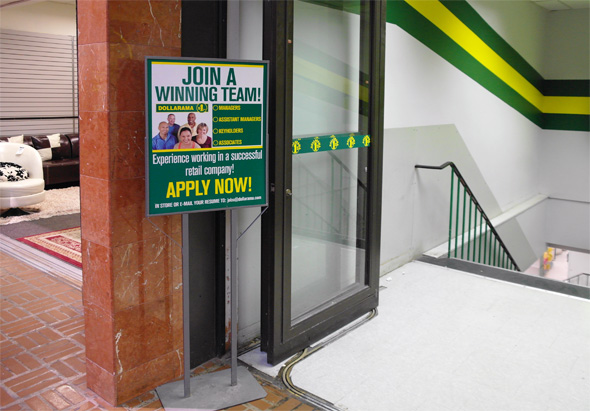