GotStyle threw a customer appreciation party and runway show on Saturday night, just as the last of the 5-inch heels were exiting runways elsewhere in the city. The downtown menswear shop hosted the low-key Red Light Affair at the Amsterdam Brewery featuring a not-so-serious glimpse at their current collections. Call it Fashion Week denouement for the over-partied. 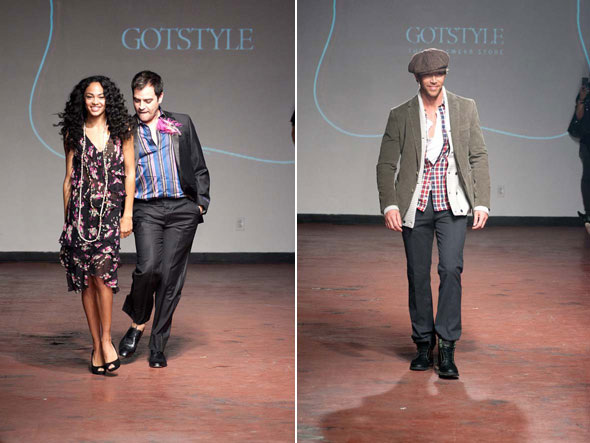 The event's theme was a little heavy-handed and didn't quite compliment the clothes, but we'll get to that. Red Light Affair paid homage to vintage pin-up girls and sex-kitten kitsch. Guests were asked to wear red, too. I don't know whether it was due to Hallow-week or Fashion Week, but my, were Toronto's stylites in the mood for dress-up! Red denim, crimson lips, and scarlet suede rounded out a festive dress code. 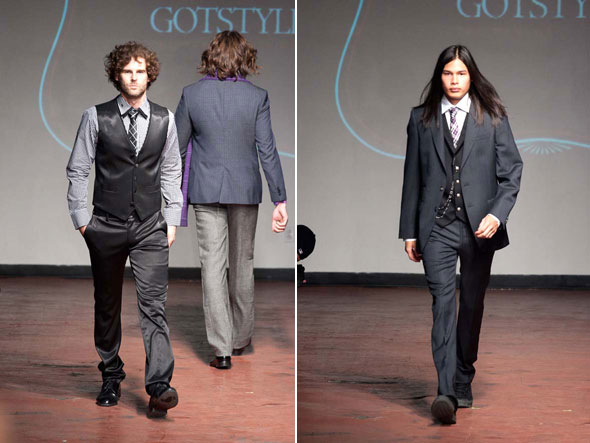 I might have been a little peeved at the hour-long delay for the runway show, except that GotStyle does know how to entertain. While we waited for the impossibly gorgeous models, we sipped $3 Big Wheel beer (but of course - it was a brewery after all), and snagged seats within earshot of the entertainment. How could I be annoyed while cute boys crooned live covers of some of the best Cure and INXS and Stones tunes? A chocolate fountain and oyster bar also provided distraction. 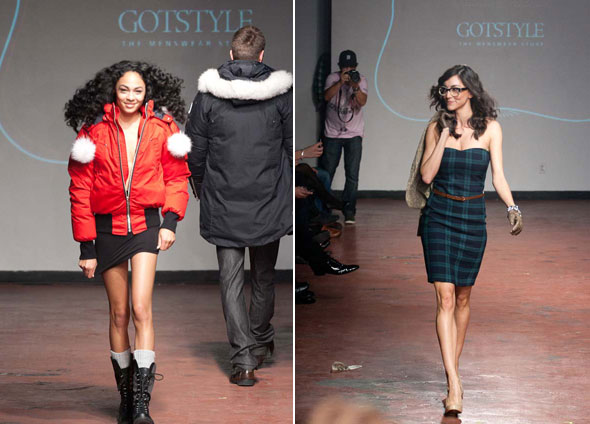 My impatient toe-tapping was finally silenced - the show was to begin. But not before a scantily-clad songstress belted out an acapella "Roxanne". Again with the theme. The mood shifted as red lights dimmed and white lights flooded the runway. Sultry and scandalous was swapped for peppy and proper. Yeah, confusing. 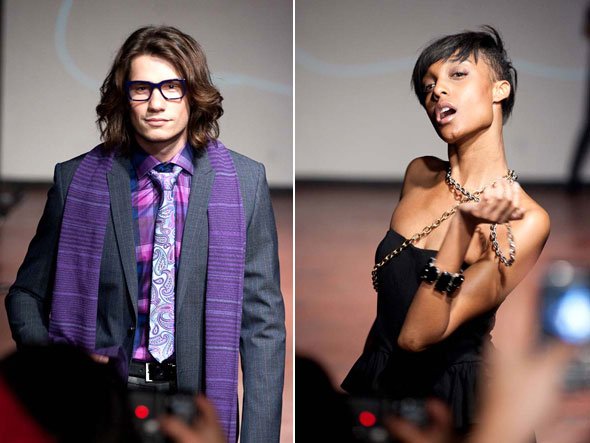 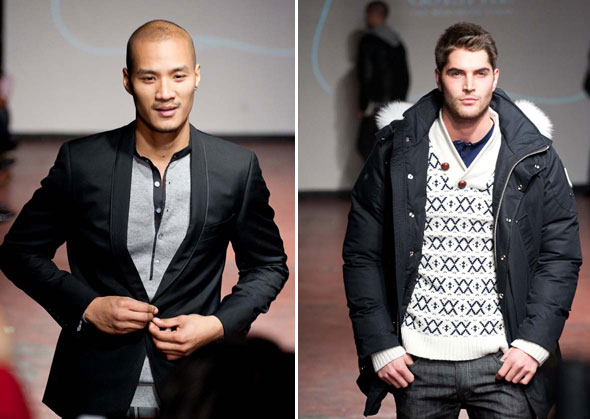 Act One featured younger, casual looks with outdoorsy lumberjack-meets-ski-school pieces mixed with designer denim and English schoolboy charm. I loved the play on gender - women traipsed the runway in menswear while chaps wore feminine silhouettes via kilts and capes. One androgynous model stunned in a gorgeous oversized-gingham button-down. Plaid and checks and chunky knits conjured up unisex 90s grunge-rock fashion-memories while still being polished and modern. 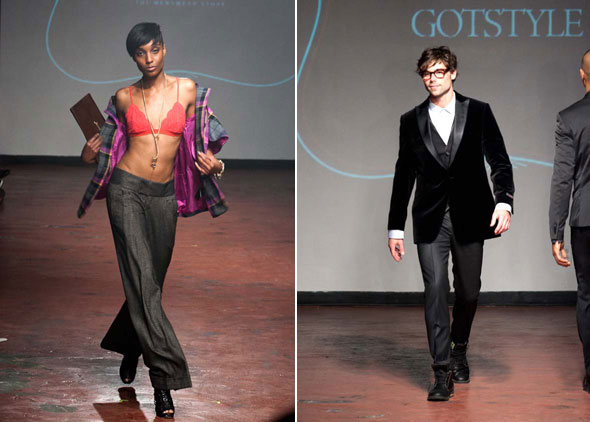 Act Two (beginning after an unnecessary and badly-choreographed burlesque number) switched gears, and dashing suits and formal pieces took over. A midnight blue satin-trimmed velvet blazer by Sand was my favourite piece of the night. It's one of those "investment pieces". The formal ensembles also had a tongue-in-cheekiness that won me over. 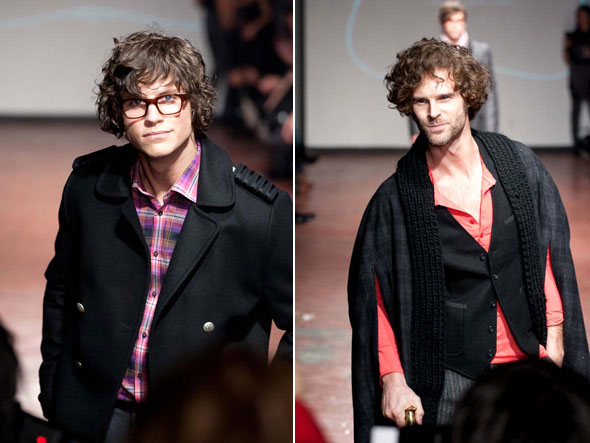 Amped-up colours, flocked bow ties, and wild combinations befitting of a Batman villain took the stuffiness out of suiting. Even the models couldn't contain giddy smiles in response to raucous cheering. Kurt Browning made a cameo in a surprise ending, donning in-line skates with his dapper GotStyle look. 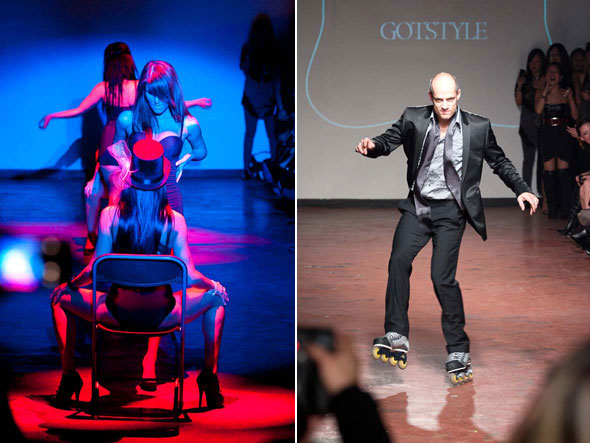 Despite unfashionable lateness, the show - and, really, the whole event - was refreshingly unpretentious and fun in a way that only cheesy themes can be. GotStyle may owe their success to their customers, but they're clearly returning the favour.