The death of high-end sneaker shops

There's a cold wind blowing through the world of high-end sneaker shops in the city, as one store after another has fallen by the wayside in the last year, leaving a much leaner market for anyone who makes a fetish out of footwear that doesn't come with four inch heels.

After expanding into high profile locations like Yorkville, the Goodfoot mini-chain went under this winter, leaving the following message on their website: "We've seen our market change significantly over the last few years. And, as it has changed direction, so too have we. Thus the decision to close Goodfoot and shift our focus onto new opportunities has been made."

Stolen Riches has also left its Trinity Bellwoods storefront vacant, and a website whose most recent updates are from last June, joining North Trooper, a former neighbour of Goodfoot in Yorkville, whose blogspot page last saw tending in the fall. Queen West's Cartel closed last autumn. 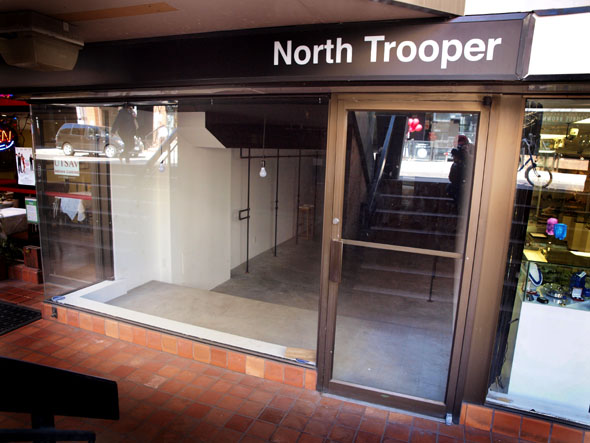 Justin, the manager at North Trooper's next-door neighbour Capsule, who now gets to share the Yorkville sneaker market with Niketown, said that it was a simple matter of price -- North Trooper was a reseller that didn't have a deal with big suppliers like Converse, Adidas and Nike and thus had to buy its big-ticket product overseas, making the resulting sticker shock too much for these recessionary times.

To an outsider, the high-end sneaker market can be mystifying -- a marvel of planned obsolescence and fashion churn playing out in vividly-coloured rubber and leather. It's obviously big enough to cater to a market that'll never show off its closet on MTV Cribs, but who speak just as longingly of Jordan Retros, Air Max 90s, Slit Tongue Asics Gel Lytes, Nike Prestos, Adidas Zeitfreis, the Yeezy, Talarias, Reebok Reverse Jams, Clae Russells, K-Swiss Ladners and Air Stabs. It's an obsession so hermetic in its frames of reference that I honestly haven't a clue what a single word I've just typed means. 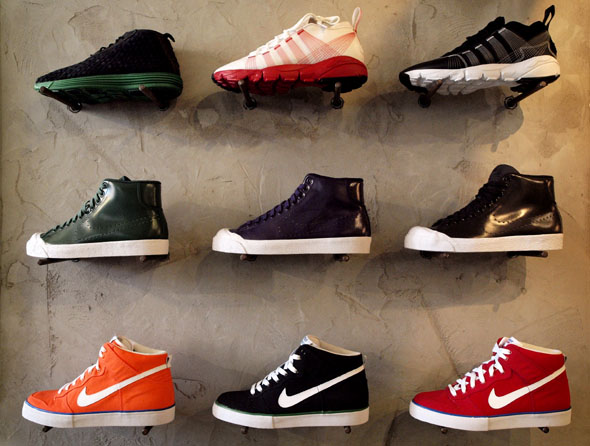 One thing that's definitely happened to the sneaker market outside the realm of obsessives is a new austerity. Carlos is the manager at the Spadina Avenue outpost of Livestock, the Vancouver-based sneaker boutique chain, and he says that the challenge is catering to the label-conscious street types and the "random dudes" who come from the business district just to the east.

"A lot of people want to buy a shoe that they can just wear out," he tells me. "It's more of a grown-up look." No kidding -- a few years ago, I had to spend weeks sifting through neon multicolours and pneumatic soles to find a simple pair of Pumas or Adidas Campus; today almost everyone is offering a variation on these retro chestnuts, and around the corner from Livestock at Get Outside, a whole wall is devoted to the evergreen Converse Chuck Taylor in nearly every style and colour.

Out on the street, the vibe is '70s student meets Appalachia, and it's hard to miss how Goodfoot's market changed significantly; an overbuilt candy-coloured kick doesn't stand a chance these days.