V by 69 Vintage (Queen St.) opened in the space that previously housed Pho Pa on West Queen West just a few days ago. I'd spied goings-on in the storefront before it properly opened, and was immediately intrigued by the modern, uber fashion-forward footwear and bags on display in the window, and the barebones signage of a roughly-painted V on the front door. Then, the lush furs appeared, and I suspected it'd be vintage. Turns out I was right, but was doubly delighted to find Kealan Sullivan, the woman behind 69 Vintage and 69 Vintage Collective , manning the new store. Sullivan has been in business for 10 years, but her obvious enthusiasm for vintage fashions shows no signs of waning. 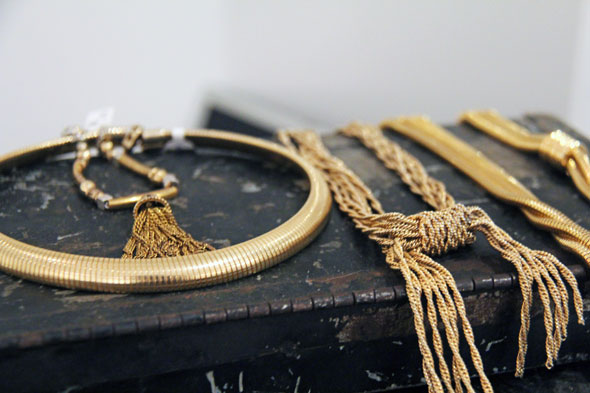 V is, in some ways, a re-birth of Sullivan's less-than-two-year-long concept project, V by 69 Vintage , at 198 Walnut Ave. The original store, which was opened along with curator and long-time 69 Vintage employee, Maggie Groat, was only open on weekends, and completely renovated its stock every six weeks or so. "I got a bit pigeonholed, and it was hard to showcase some pieces that didn't really fit in, so I opened (the original) V." The shop featured rotating themes and aesthetics that, predictably, didn't consistently appeal to everyone. 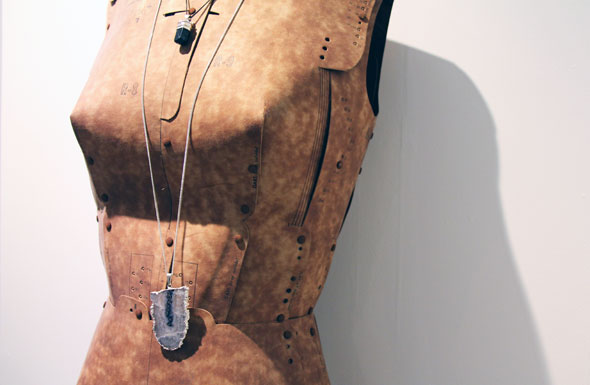 After she scored the new storefront, Sullivan mulled on what she'd call it. "I was going to think of a new name, but I really liked V; maybe V didn't quite find its rhythm on Walnut, but this (new store) is sort of the V aesthetic." The new V is larger than the Walnut location, with white walls and minimal decoration (including rough wood benches, an almost armored dress form, and changing areas divided by dreamy white curtains). 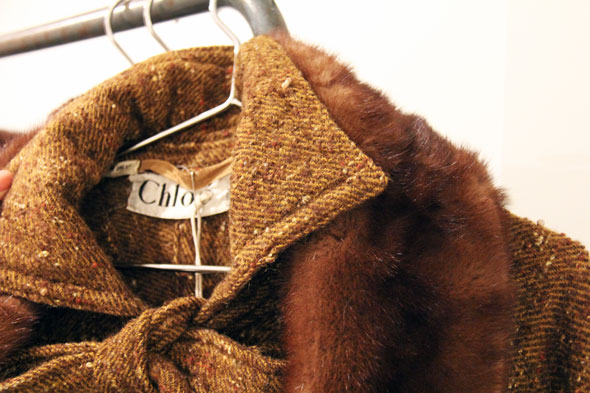 But the first-thing you'll notice upon walking in to V is its eye for curation (yes, that word again). I've been known to eschew vintage shops in the past for their lack of product that could translate to the here and now, and tend not to troll the city in search of the "thrill of the find" (because, really, ain't nobody got time for that ). Conversely, Sullivan's stock is right on the nose. From a beautiful Chloe cape ($425), to tailored Michael Hoban leather pants ($275), to a myriad of hand-stitched gloves, V's stuff is au courant. 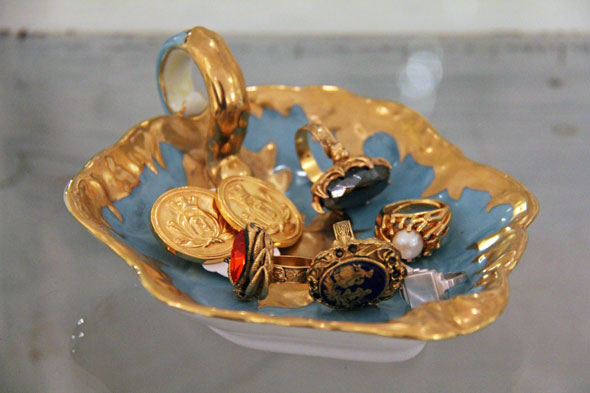 A studio is currently being erected in the basement, and it'll house Canadian designer Evan Biddell part-time. He'll be undertaking much of the shop's tailoring needs and continuing a very well-priced capsule collection of leather-accented knitwear (which sold out of its initial run within the first weekend) specifically for V. 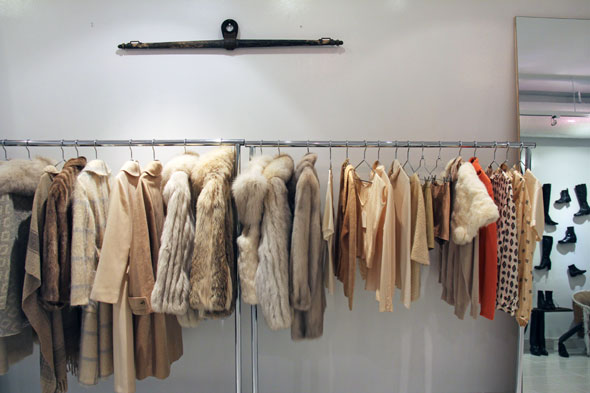 In the front, you'll find peach, cream and taupe hues in capes, jackets and shirts, followed by a rack of tough-edged black leather pieces. In the back, you'll find some higher-priced and truly stunning stock including beaded gowns, coats, and a silk chinoiserie-style jacket from Shanghai for $175. 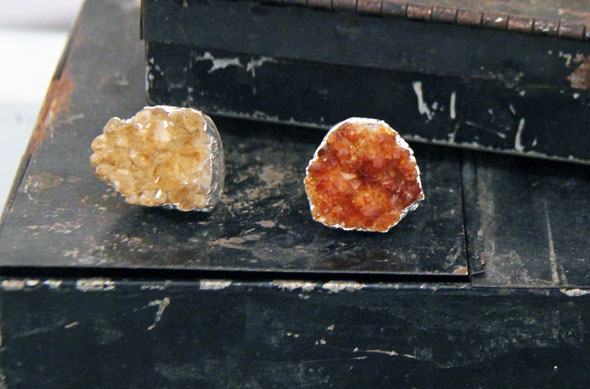 Fur coats bought directly from fur dealers are priced around $550 and up, while you can easily score an arctic fox stole for around $125. The store's jewellery collection is still being unpacked, but you'll find gold-hued chokers and knotted chains, feather earrings, and an eclectic selection of rings. Sullivan is also planning jewellery collaborations with local designers, and currently showcases crystal-and-silver rings for $90. 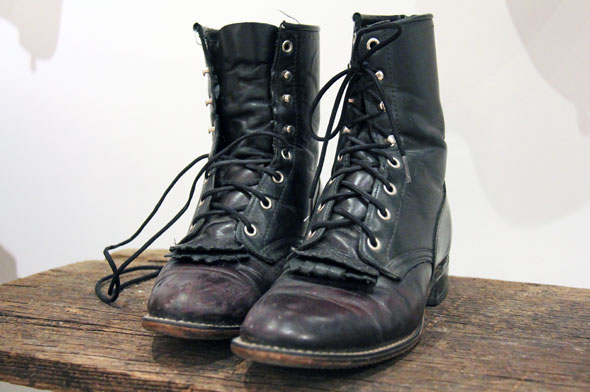 Then, there's the wall of shoes, which has made many an appearance on Instagram already. From unworn Cole Haan boots, to Kenneth Cole lace-ups ($120), to cowboy-esque Anne Klein and industrial-grade boots, the prices range from $120-$300-ish. 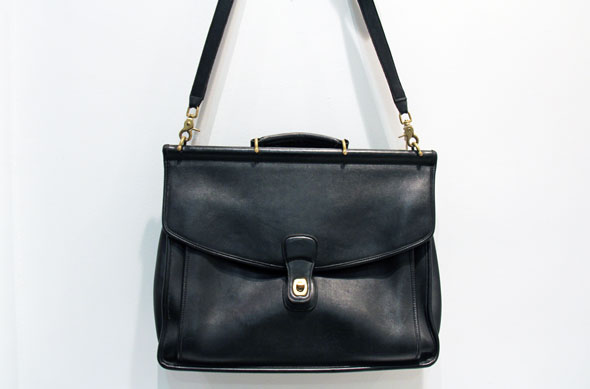 A variety of black bags (around $140-$240) hang from the walls, with everything from totes, to leather saddlebags, to briefcases available, or you can opt for a 100%-lizard bag for $120. "I want to keep things accessible," Sullivan says. 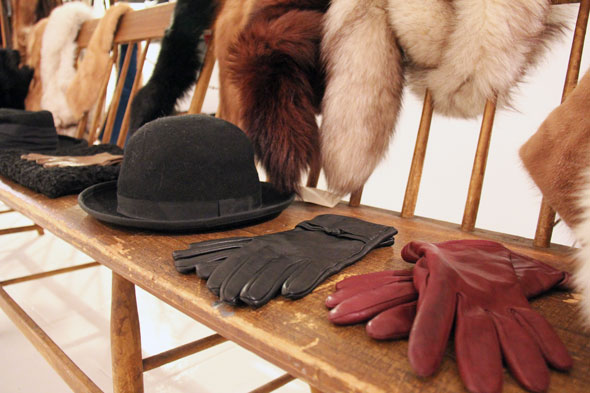 "I have new problems now," Sullivan tells me. "What if we sell out? We're sold out of cashmere and Evan's knits." I've already made two visits to V and have noticed markedly different stock. In fact, l both feel quietly in love with a pair of two-tone booties and experienced the heartbreak of having them be snatched up by someone else--during the same visit. 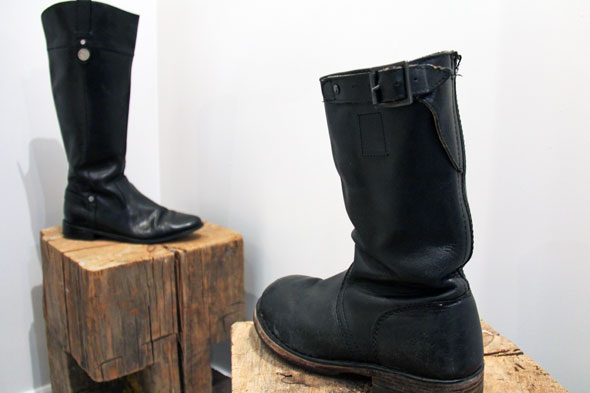 Fortunately, this is countered by Sullivan's commitment to refreshing the stock daily, which is something of a double-edged sword. "When they're gone, they're gone, and for the girls that haven't come in yet, I have to make sure the items we carry are equally strong"--something that, having watched her pinpoint things that customers didn't even yet know they wanted upon walking in, I very much doubt she'll struggle with. 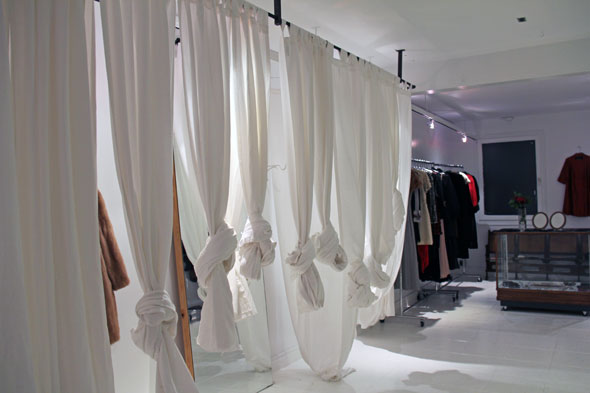 Sullivan's vision is for the store to carry around 60% re-worked vintage, but she's adamant that she'd never alter a piece that was already perfect. "The re-worked product comes out of the fact that it's almost perfect, but not," and she includes both vintage items that are "useless" (for having been abused and mis-handled) or "not current enough to sell" in that category. Nips and tucks here and there modernize the silhouette. 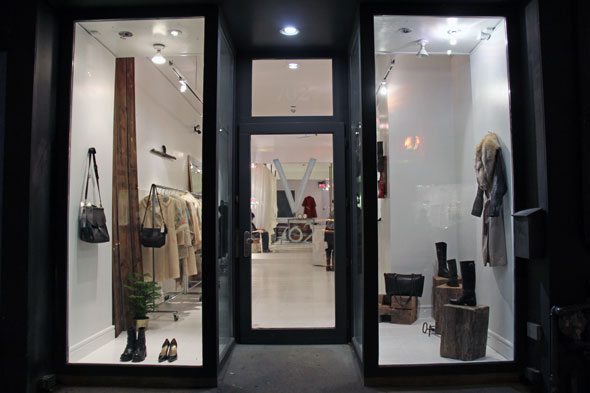 Long story short: V is a playground, and following from the old true-ism that fashion is cyclical, you'll find pieces that closely resemble those in current magazine editorials, at a fraction of the price, and long before they trickle into neighbouring stores. There'll also be menswear added to the stock soon. The potential caveat? You might have to buy on the spot, although Sullivan is amenable to putting things on hold.