The Store on Queen

The Store on Queen (or TSOQ, for short), popped up on a whim. Longtime friends Angela and Valentina spotted a "For Rent" sign in the window of a shop on Queen West , and days later, they had claimed the space. Less than a week after opening I meet Valentina behind the counter, and she tells me how their new, acronym-touting shop came to be. 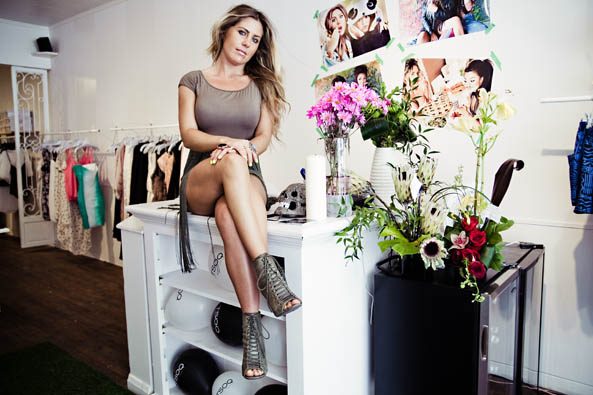 "We were looking to do something together," she says, standing in front of posters of her and Angela modeling the shop's clothes. "We're both very into fashion."

Valentina is the buyer, sourcing affordable (key word) pieces from around the world, and Angela is the designer, though her time is currently occupied working on an unrelated television show. "We'll have original pieces soon," Valentina assures me, pointing to a particular photo on the wall. "These jeans will probably be first; they come in both Canadian and American flags." 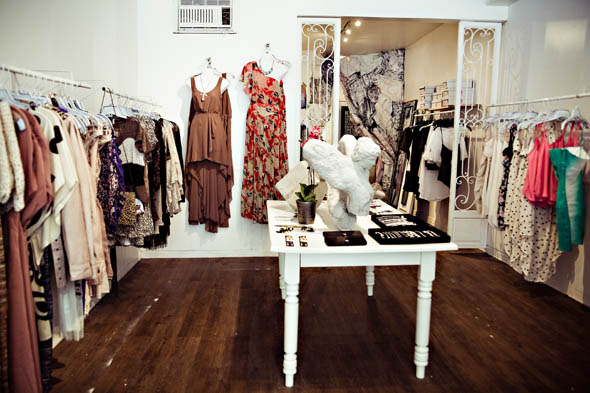 The photo shows Angela wearing a pair of tight-fitting jeans with a distressed print of American flag dressing up the leg. Valentina estimates they'll retail for about $90.

Both the women behind TSOQ come from business backgrounds. Valentina dabbled in restaurants and Angela in retail, separately working on their pursuits until this past February. "It's for the young, contemporary woman,: Valentina says about their combined vision. "It's an eclectic mix of patterns — sexy and edgy." 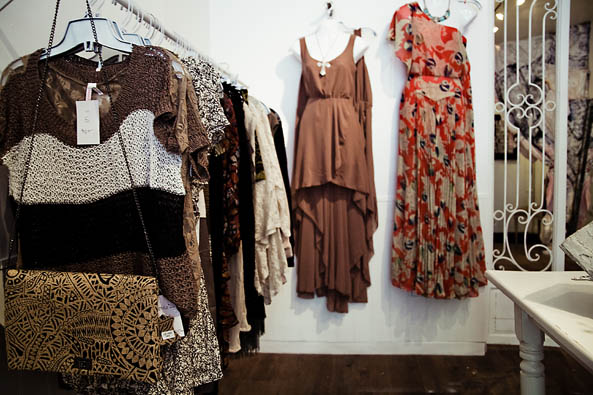 Edgy is one thing TSOQ definitely has down. From its bedazzled skull phone dressing up the white counter ($98), to its BLQ MKT black mesh bodysuit with handprints over just the right places ($85), shoppers can definitely find statement pieces in this small boutique. 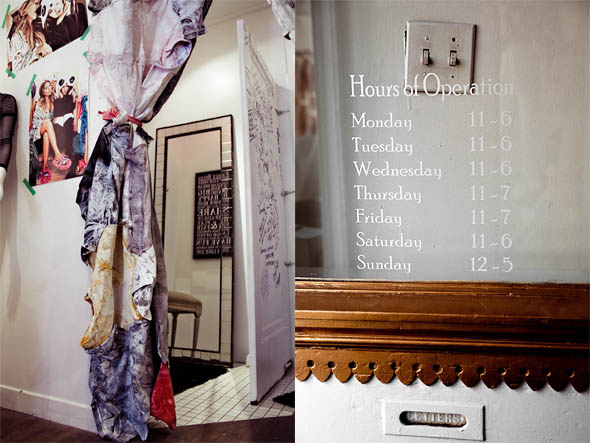 There are other items, still, for the slightly more modest, including a whimsical peach silk cotton sleeveless blouse for $59, and a black mini-dress with a feather-lined collar for $49. 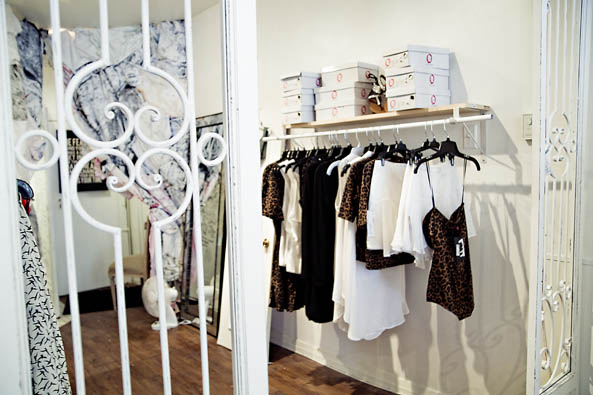 As I browse through the TSOQ offerings, I note that the prices are surprisingly low (compared to some of the other independent Queen West shops). Valentina confirms that they try to keep mark-up as minimal as possible. "This dress," she says, holding up a black Meeso dress with gold sequins and beading, "I know there's a store in the mall selling it for $150. We have it for $95." 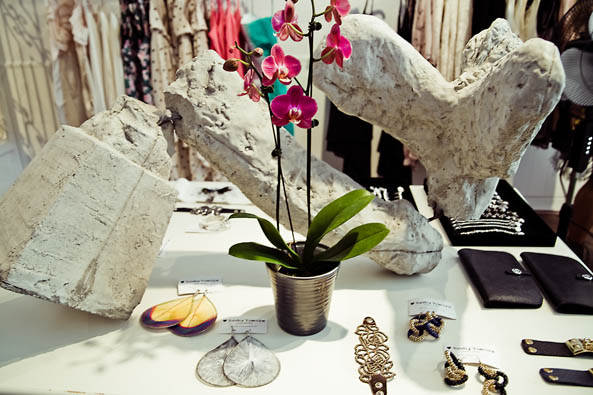 The shop also buys in small quantities — about four to six of each garment — to avoid the carbon-copy conundrum of the same dress walking on opposite ends of Queen Street. If you do snag one of the limited dresses at TSOQ, however, you'll probably be sporting some take on a backless, cut-out number.

"We'll be getting things in every week," Valentina says, "and also selling them online ." And though the shop is new to Queen, judging by its name, it's planning to stay put for the long haul. 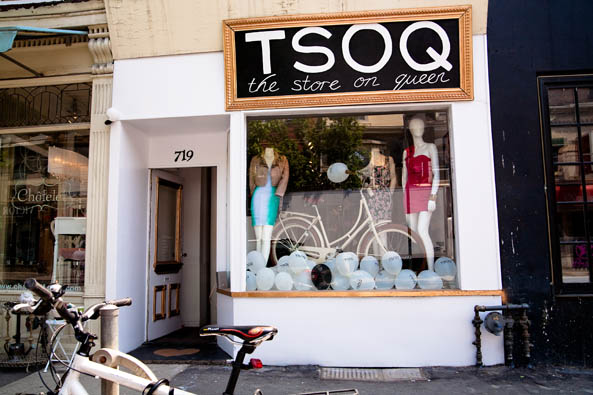