Playdead Cult is bringing a little dark art and skull and monster fashion to Kensington Market . Though the brand has been around for more than 10 years now, owners Bean and Stu have just moved to a new location on Augusta Ave. in the heart of Kensington Market. Previously hidden away in Parkdale , this new boutique store and gallery is a little smaller, but with the same one-of-a-kind silkscreen-printed clothes and pop-culture-inspired art as before. 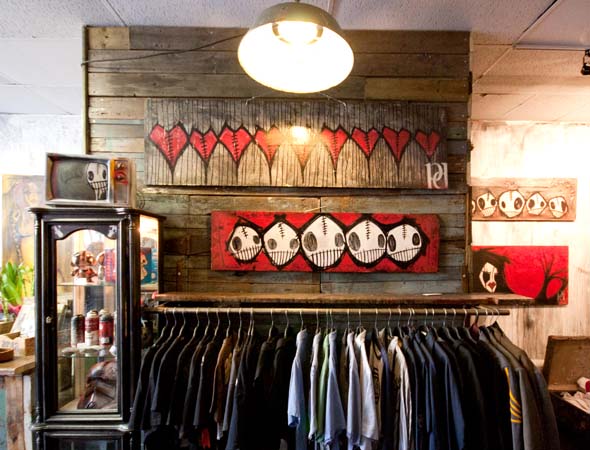 While Playdead's "For the Black Collar Worker" style might stand out a little for the area (a bunch of t-shirts are piled in an open coffin in the store), Bean tells me she's really excited about the new location. "Some of our regulars have followed us here, which is nice," she tells me. "I can't wait for Pedestrian Sundays." 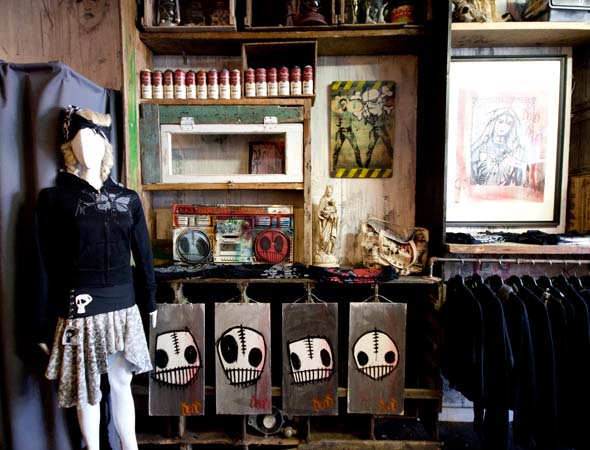 Stu and Bean started their brand in 1999 creating art for skateboards and longboards. Since then it's evolved to skull-print t-shirts ($30), hoodies ($66), jersey dresses ($60)--even baby onesies ($25). More recently, Playdead has partnered with GelaSkins and created a line of skins for iPhones, such as the Heart Skulls design ($20), and laptops ($30). 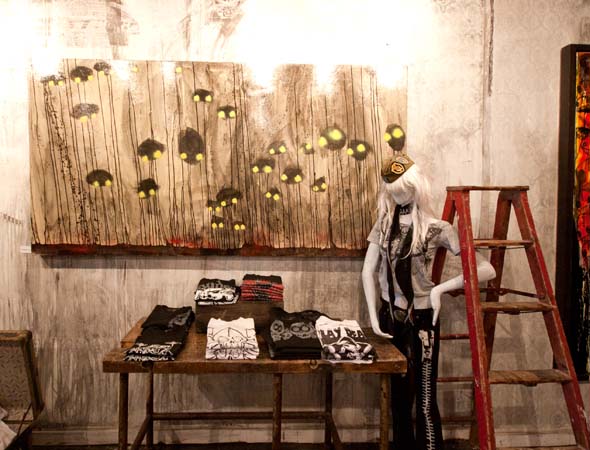 But it's Playdead's art that's really caught a huge following. There are all kinds of pieces displayed in the store, each a sort of homage to pop culture pin-ups, but with a playboy gothic edge. The Bjork piece (Bean says she's a huge personal inspiration) is particularly striking. The art pieces are often collaborative works and are not limited to just what's in store. "We can paint on pretty much anything," Bean says. "Record players, guitars, amps." The cost to have something "Playdead-ified," as Bean calls it, starts at around $150 to $200. 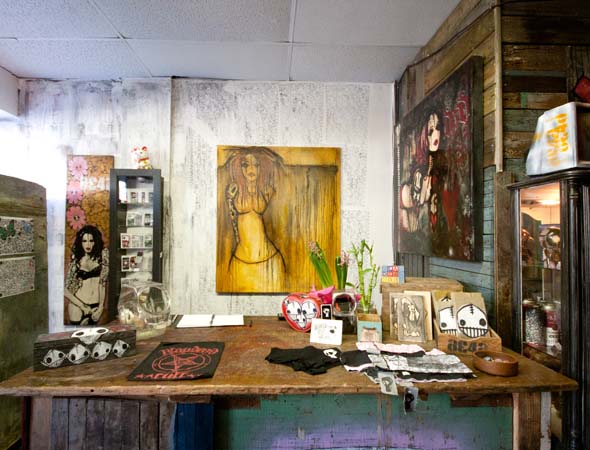 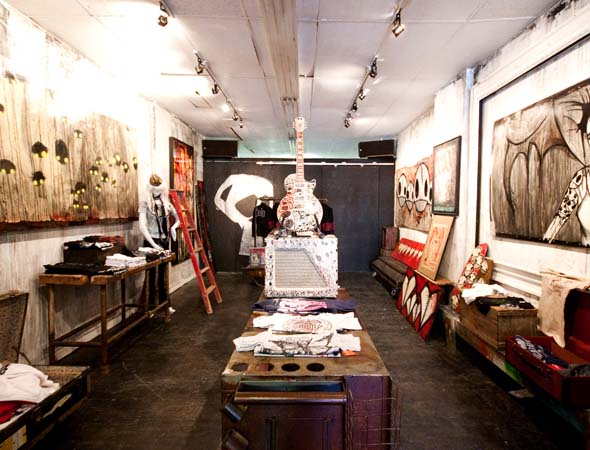 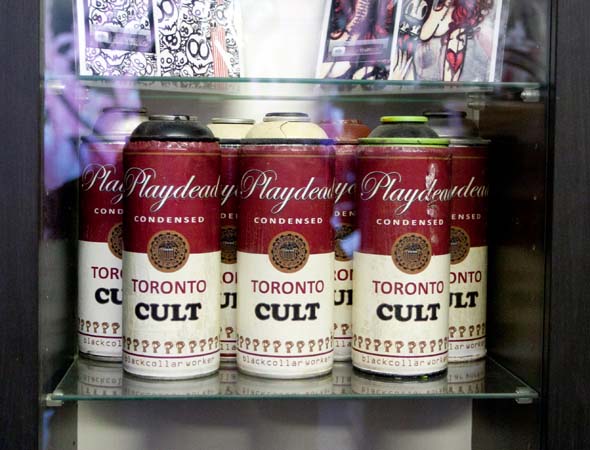 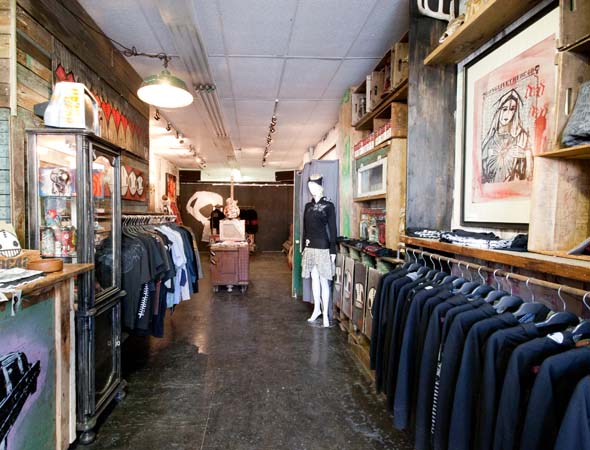 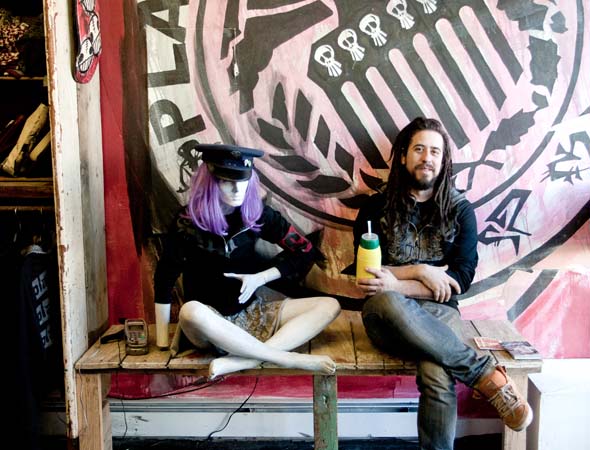 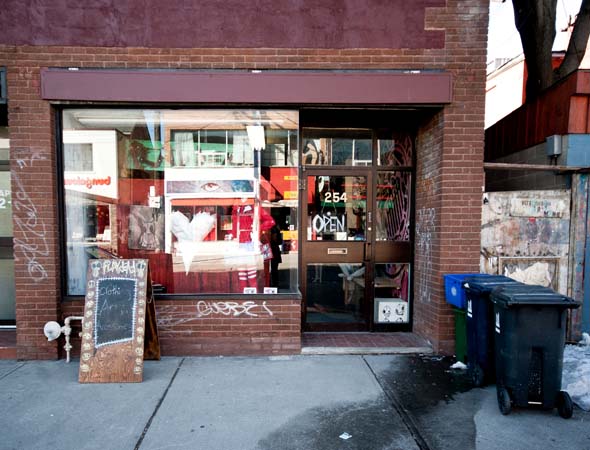