Opelle, a homegrown handbag line, strikes a balance between everyday style and luxurious materials. For the past five years, designer Amy Malcolm has been quietly producing the leather pieces out of her home studio and selling them online , growing a strong following - drawn by her elegant, wearable designs - primarily through word of mouth.

Now the line has a home of its own - a tiny, jewel box-like showroom on College, a short ways west of Dundas. The shop was, until recently, home to the Proudest Pony ; when the salon moved a few doors down in search of a larger space, Malcolm, who had long hoped to run a storefront of her own, spied the space (just around the corner from her place) and pounced. 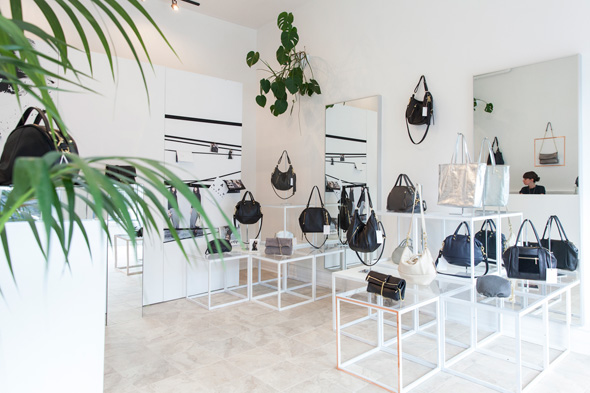 Malcolm's relieved that she's got a little more privacy at home; clearly, the business had outgrown her living room. "I'd have appointments, and people would show up (at my house)," she says. "It would be pretty awkward sometimes. I think people were really unnerved that it was a house that they came to." 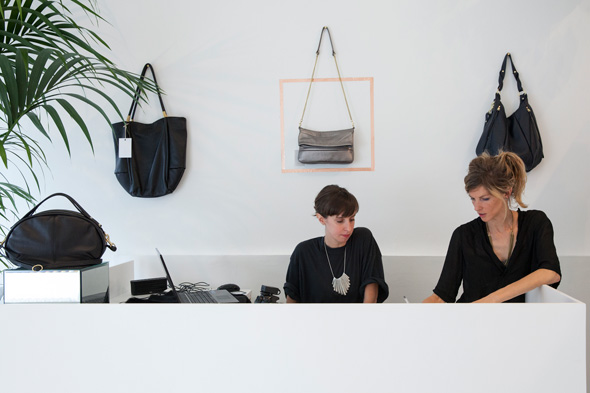 She fixed up the store herself over two months, with a little help from loved ones and staff; now, it's a stark white space livened up with massive, dramatic plants, with stackable see-through tables holding a selection of Malcolm's bags, from tiny pouches to large, sturdy totes. 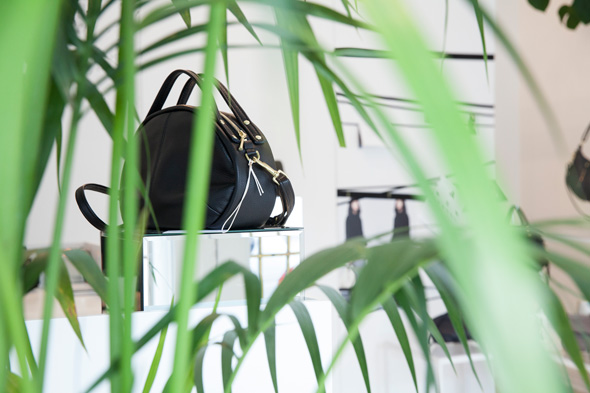 Oh, the bags. Rendered mostly in inky black, with a few hits of greys and metallics, the Opelle collection is made of incredibly soft, pliable leather. Each is created by Opelle's small team, including a sewer, some help from interns, and Malcolm herself. The quality is comparable to anything you'd find with a big-name label on it, but Malcolm aims her creations squarely at budget-conscious buyers looking to splash out on a worthy investment piece. 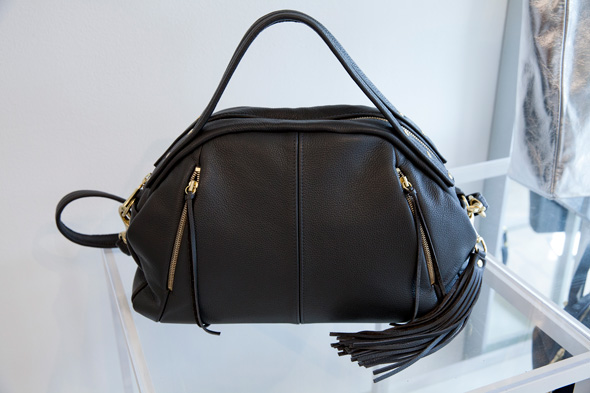 "I kind of want to close the gap between luxury and fast fashion" - for lack of a better term, she adds. "The focus is on stuff that's above all, usable and practical and functional. It's a really good price point, but for our market, I know people are going to use the bag every day. They're going to slam it around. It's about something that's going to last, but that's super top-quality and works. It's a good investment and a practical thing that, at the same time, looks awesome. You don't have to treat them, you don't have to do anything." 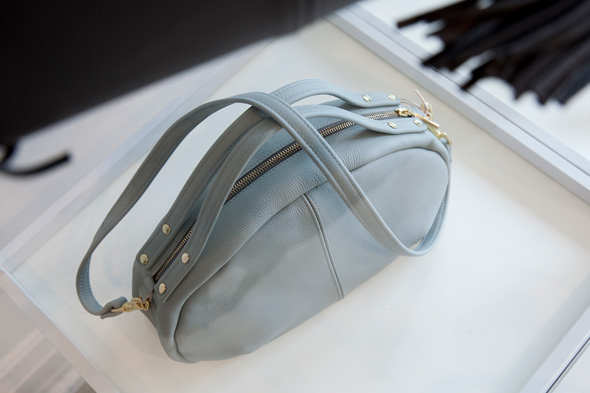 Tiny pochette bags ring in as low as $78. Much of the collection tends toward practical black satchels and hobo bags (about $350), though there are a few showstoppers, like a silver-foil tote bag ($324). Impulse buys they ain't, but Malcolm adds that many Opelle fans have reported their bags still looking like new after months or even years of wear. 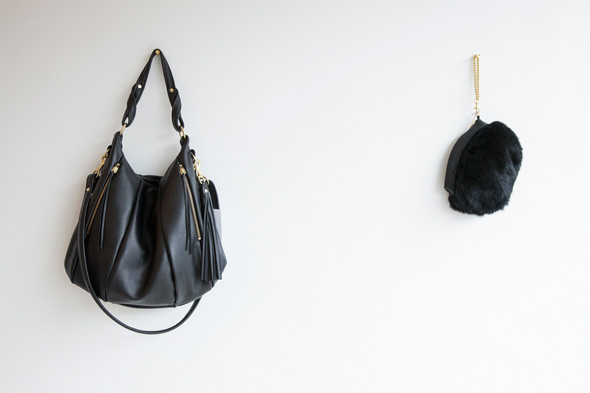 If you prefer your investment pieces to be a little more frivolous, the designer is set to branch out with a new line, Capsule, starting this fall. "It's still Opelle, but it's just cranking it up a notch a bit - more interesting, less focus on being utilitarian, more focus on creativity." While the price point will be higher, she says she's making all of those pieces personally, and including more unusual, luxurious materials. Look for the first Capsule collection to drop in mid-October. 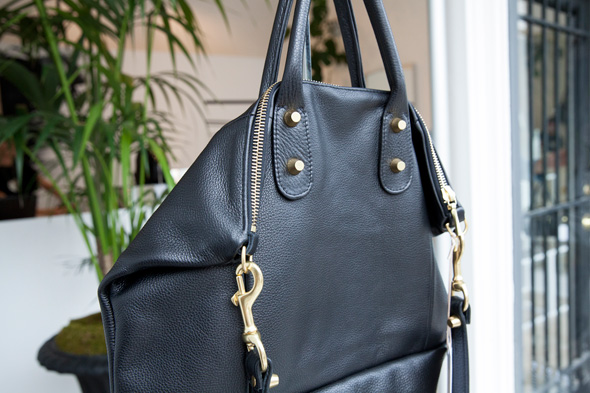 In the meantime, Malcolm's hoping to use the white-walled space for occasional gallery exhibitions and parties, and even expand the store's stock to include jewelry and scarves by other designers. The main goal, however, is still the same: Convert shoppers, one Opelle bag at a time.

"The idea with this location, and how we're traditionally seen, is we're, like, a discovery. People find us, and then they're hooked, and that's it, but we're still kind of under the radar." 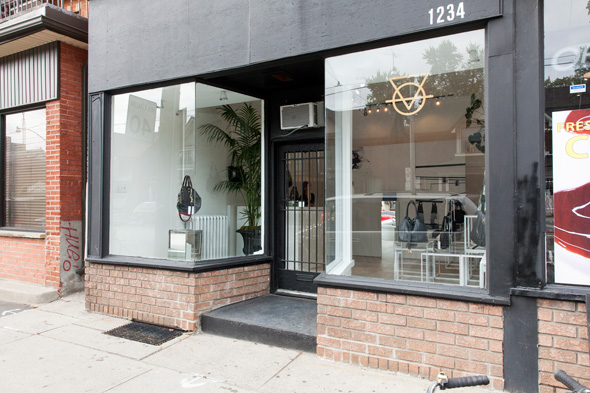